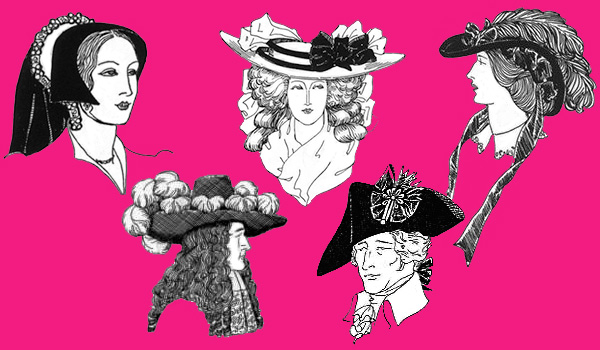 Before World War II, hats were an essential part of western fashion for both women and men. There are lots of theories about why people stopped wearing hats — many blame the enclosed automobile for making hats unnecessary. Others say men didn’t want to wear hats after they were required to in the war. There are those who think John F. Kennedy not wearing a previously obligatory top hat to his inauguration in 1960 was the death knell for men’s hats. All of these may be true, but the point is that until the 1940s, people wore hats on an everyday basis. So when historical costume movies and TV shows are set before World War II, they better have hats!

And yet, hat-wearing in frock flicks can be spotty at best. Recent productions want to be “relatable” and since hardly anyone wears hats today, how could viewers possibly relate to historical characters wearing hats? UGH. Even when hats are used in a historical movie or TV show, they may bear little resemblance to what was worn in the specified historical period. So in preparation for our next Snark Week, I thought it’d be a good idea to take a look at some of the hats that should be worn in various time periods — and see if any frock flicks get it right! Then, during Snark Week, I’ll share a collection of the ones that get it oh-so-very wrong.

Do you want to read all of this review (with nearly 5,250 words and over 200 images) about historical hats onscreen? The full post is available on Patreon for our subscribers! Check it out here. We’ll make this post available to everyone one year from today. Until then, only Patreon subscribers can view it! 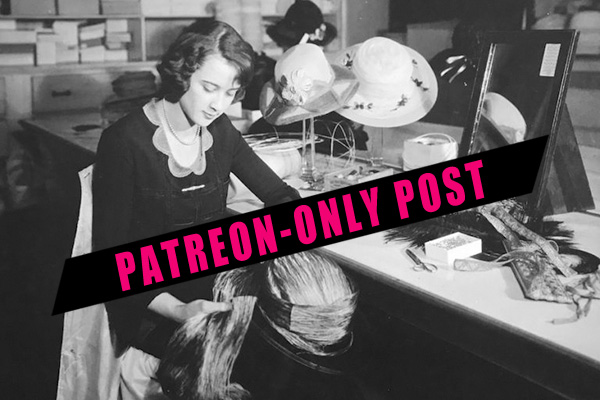