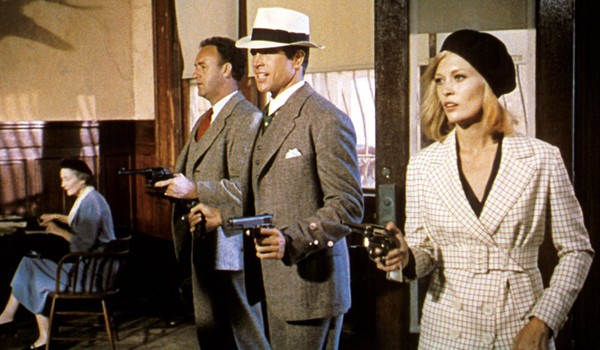 “They’re young, they’re in love, they rob banks.” That was the tagline for Bonnie and Clyde (1967), but it’s not quite accurate. Warren Beatty was 29 when he produced the film and starred as Clyde Barrow, and Faye Dunaway was 26 when she starred as Bonnie Parker. This was a bit older than the actual people, since Clyde was 21 when he met Bonnie, age 19. 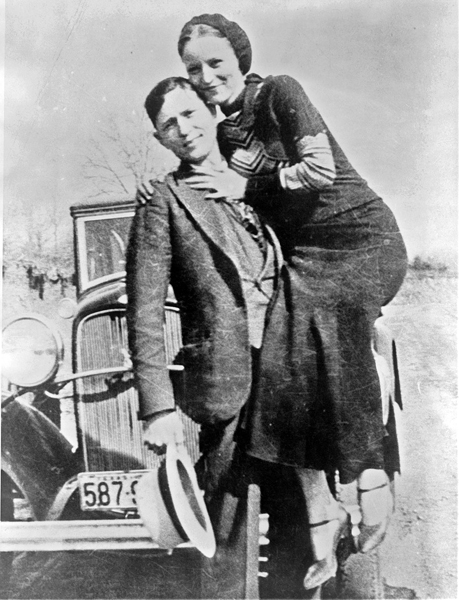 While it’s generally believed that the historical Bonnie was “in love” with Clyde and that’s why she joined up with him, the movie is much less clear. Does she want excitement and a way out of her dead-end life? Is it the chance of easy money during the Depression? She does seem to want sex, which the movie Clyde is reluctant to provide. The one thing for sure is that the duo rob banks. 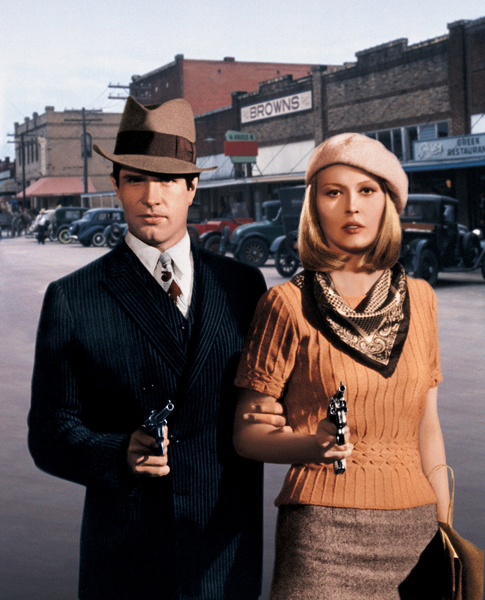 Bonnie and Clyde is a very cool, slick film. It’s not emotional, it doesn’t spend a lot of time psychoanalyzing why the characters do things. For a movie that’s over 40 years old, the script feels very modern. You won’t find a cliche Hollywood rise-and-fall story or an ending tied up with a neat bow. The film is episodic, flashing between events quickly without explanation. Of course it condenses and summarizes the facts of the Barrow Gang’s story, even combining characters and inventing a few scenes. It’s no documentary — more of an impression of what the gang’s life might have been like. 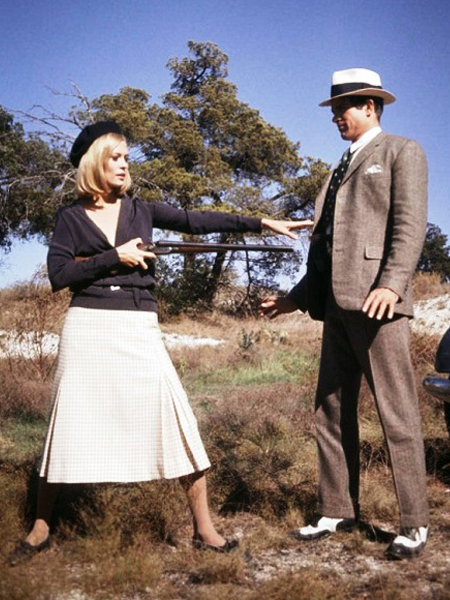 This was costume designer Theadora Van Runkle’s first film, and it earned her a Best Costume Oscar nomination. She went on to design for The Godfather: Part II (1975) and Peggy Sue Got Married (1987) and earn Academy Award nods for each. While not slavishly historically accurate, the costumes clearly evoke the 1930s, especially with Bonnie’s suits and sweaters. Her berets (taken from historical pictures of Bonnie Parker) became something of a contemporary fashion trend. 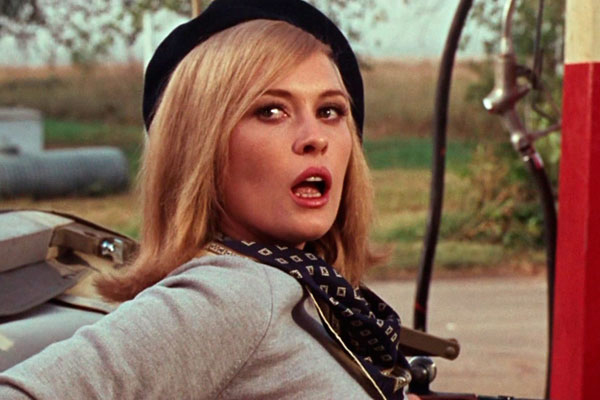 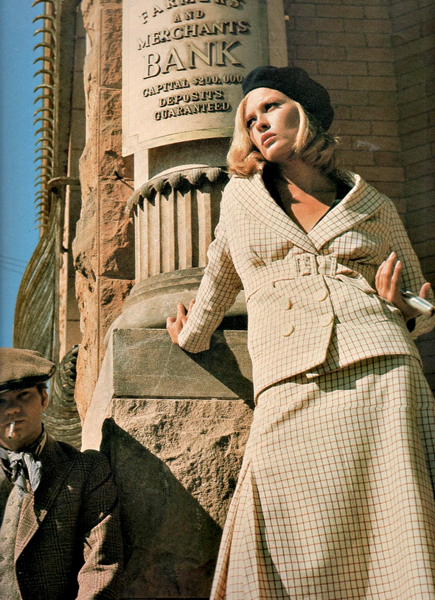 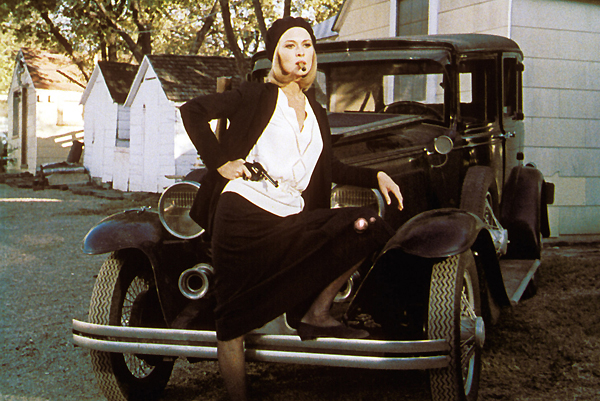 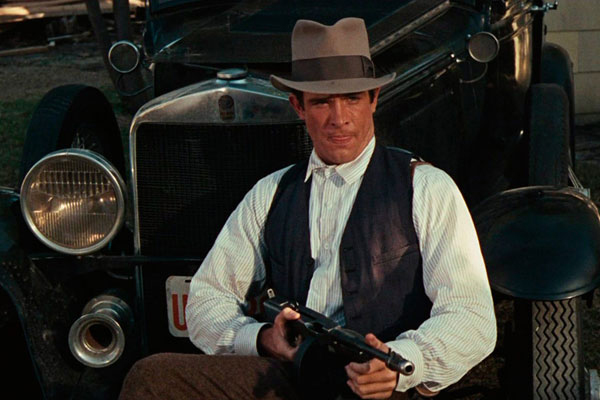 The film also set trends for showing violence and using fake blood. There’s an obvious line from Bonnie and Clyde to the mob movies of the 1970s to the slasher films of the 1980s to today’s anything goes level of violence in film and TV. At least here, it’s dolled up in period clothes. 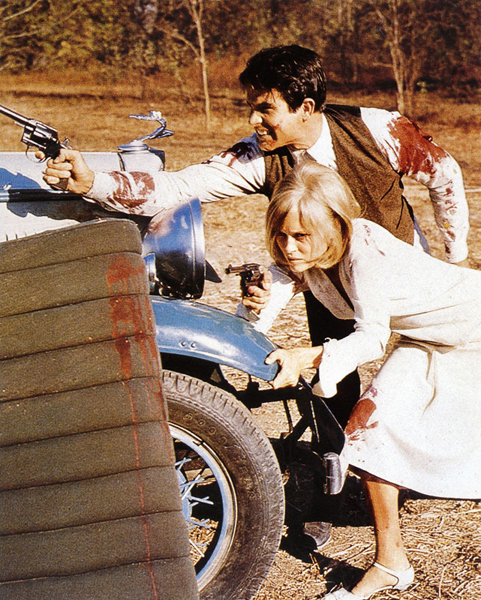 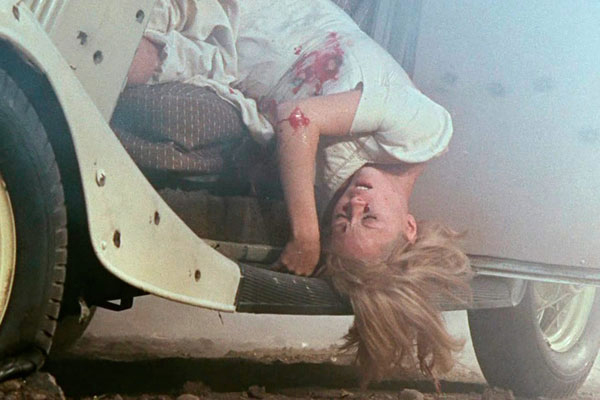