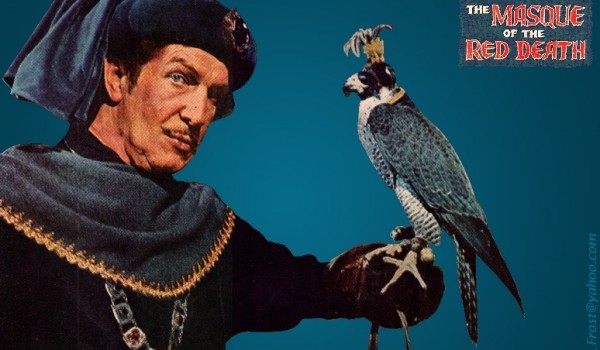 Today we look back at at Roger Corman’s gaudy and grotesque Masque of the Red Death (1964). This is not a faithful retelling of Edgar Allen Poe’s work, but if memory serves, the story was kind of thin on character development, so some fleshing out was needed. Apparently there were elements taken from other stories (according to Wikipedia, parts of Poe’s Hop-Frog and Torture by Hope by Auguste Villiers de l’Isle-Adam filled out the plot).

The next thing you should know is that this film is set in something like the 15th century, but there’s a whole lot of Technicolor, lamé, and beehive hairdos involved. Doesn’t really make a difference, honestly, since you’re probably not going to be watching this sort of film for the historical accuracy (unless it’s 1960s historical accuracy, then maybe). 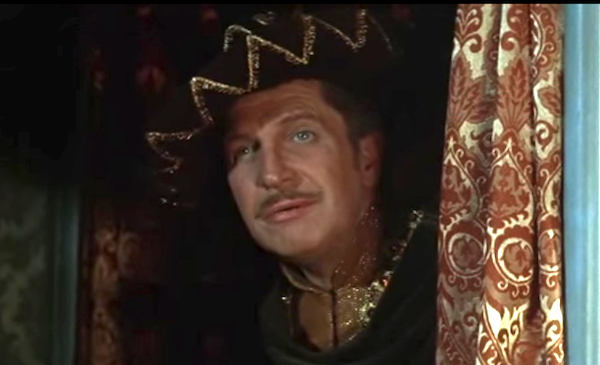 No, you are going to be watching it for this guy. 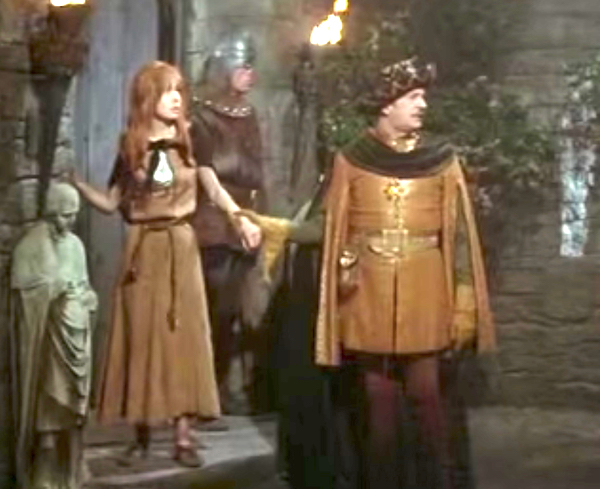 Because he wears all kinds of ridiculous outfits. 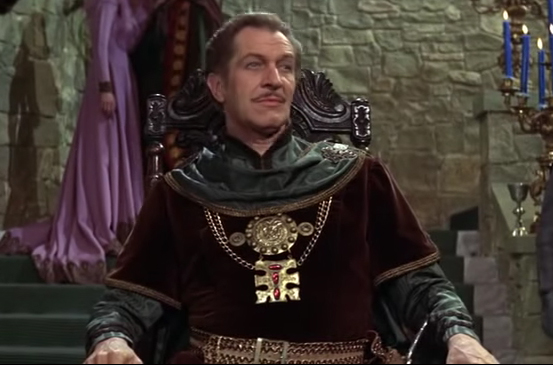 And he looks badass doing it. 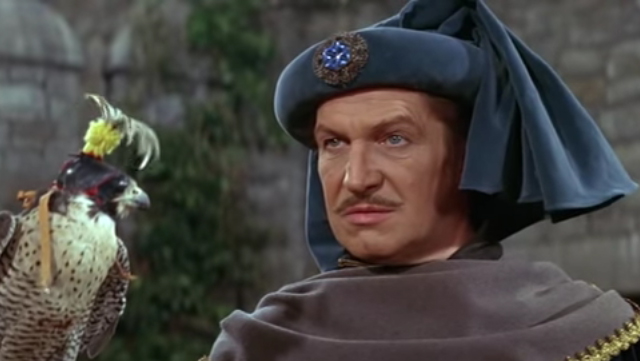 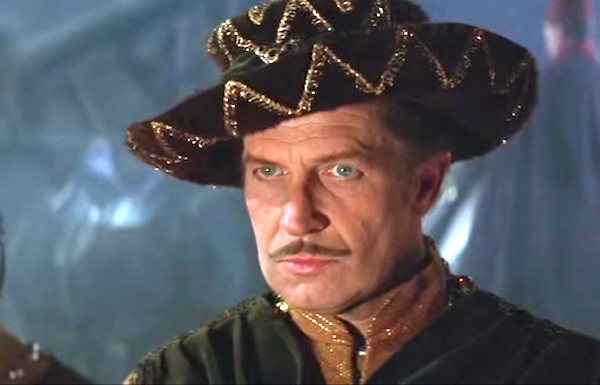 It’s important to note that Jane Asher is cute as a button. She doesn’t have a whole lot of room to actually act, what with Vincent Price standing right there, chewing all of the scenery, but she’s easy on the eyes. And she gets a bunch of costume changes featuring varying levels of 1960s hairdos. 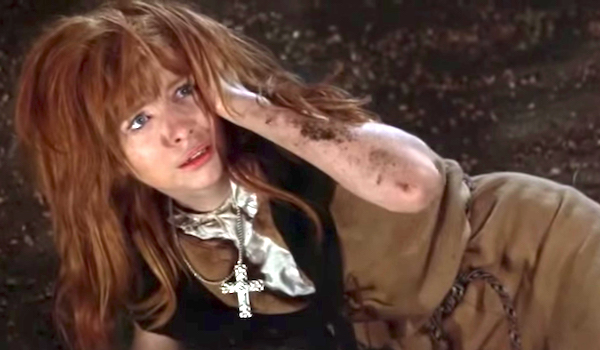 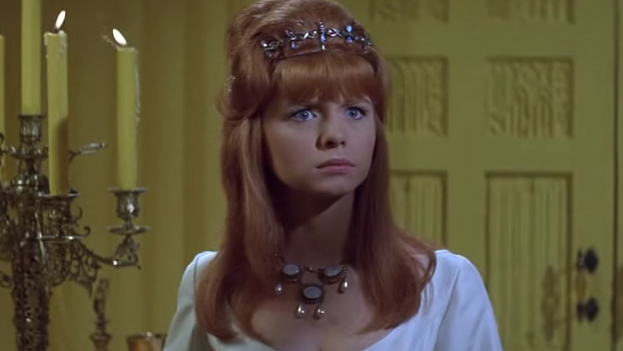 The “I’m going to the medieval psychopath’s prom” up-do. 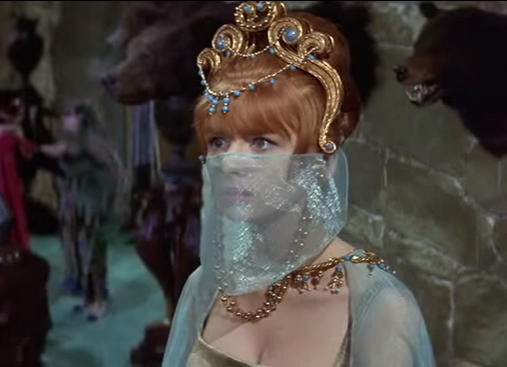 The “I’m too dead inside to care if this is culturally appropriative” beehive.

And finally, do not think I wouldn’t wear the shit out of this dress, worn by Hazel Court in her “marriage to Satan” scene.

It is my exact favorite color of blood red! 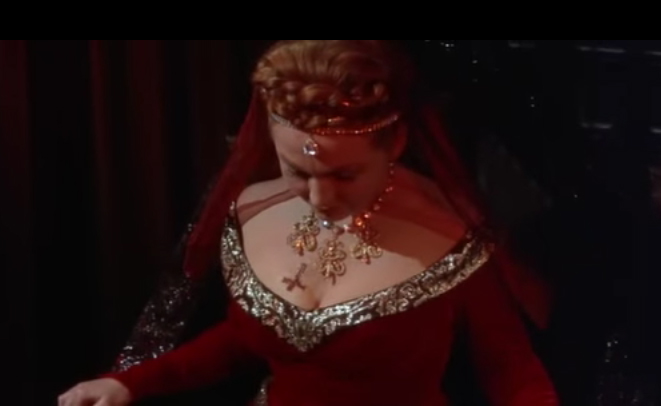 Would you just LOOK at these breasts?

So, definitely give this movie a watch if you want some schlocky Vincent Price goodness for your Halloween amuse-bouche. Happy hauntings! MWAHAHAHAHAHA…

What’s your favorite Vincent Price Halloween movie? Share it with us in the comments!