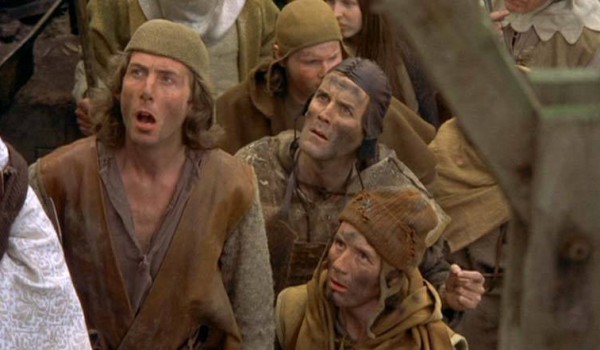 2. A cap, a hood, esp. a nightcap (now hist. and rare). ‘ Wyth roses, and vineger, and rewe stamped together, and put in forred clothe or biggen, applied vnto the temples of the heade or forehead, do seace greuous paynes in the head’ (1558).

Most people won’t have noticed my comment in the Helena Bonham Carter guide that “At least there’s no Unfortunate Biggins!” In Kendra-speak, taken from the mostly-learned-orally Renaissance faire term whereby a singular biggin received an S, because that’s how I heard the term, an Unfortunate Biggins is a coif — fitted to the head, no fancy poufs, no decorative edges, just a simple 16th century-style coif. But more specifically, an Unfortunate Biggins is one that is worn on its own, without any other headwear over it.

Well, many years ago I was watching The Virgin Queen with friends, when the character of Robert Cecil appeared. His character was a little bit slow, a little bit lame, a little bit DERP-y. And I realized that this was all encompassed by the fact that he only ever wore a coif, aka caul, aka biggin, all on its sad lonesome. 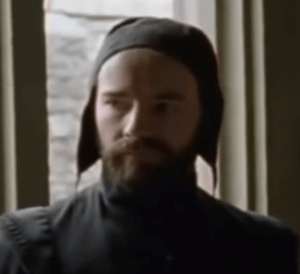 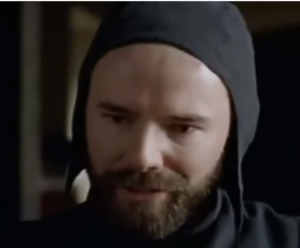 “Why do you listen to all these other councilors when I am clearly rocking the Unfortunate Biggins?!” The Virgin Queen.

And since that time, all biggins/coifs worn on their own have become Unfortunate Biggins to me, and all their wearers look just a little bit soft. To wit: 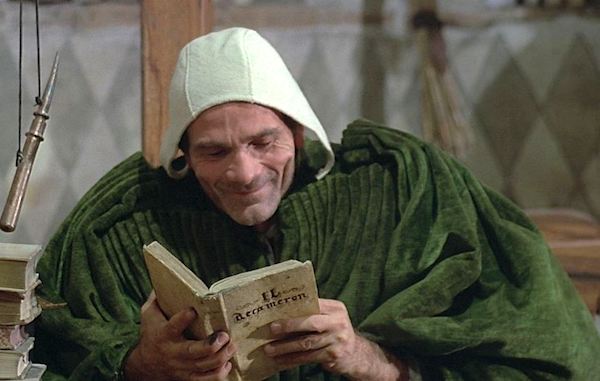 “Do I not look like I am a little bit touched?” The Canterbury Tales. 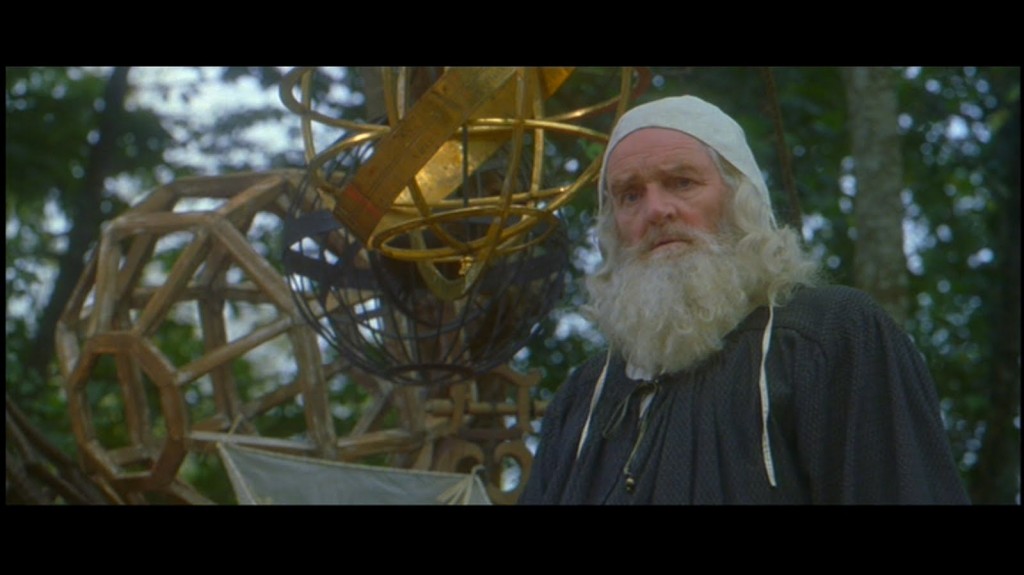 “I may be brilliant, but I am also clearly cooky, as you can tell by my Unfortunate Biggins” – Leonardo da Vinci. Ever After. 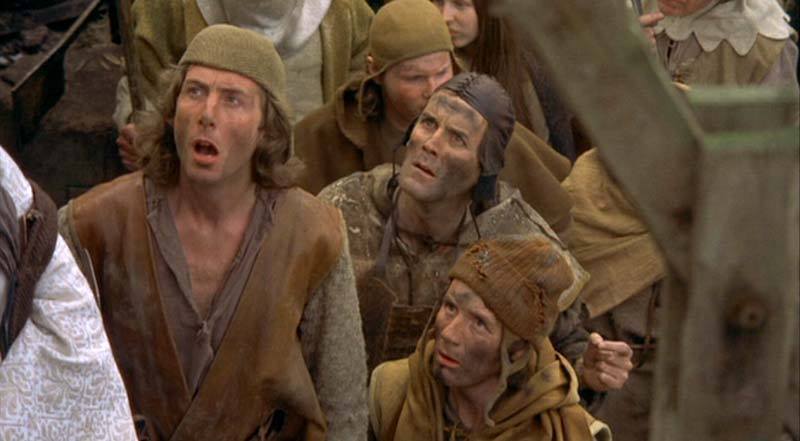 Now, this doesn’t apply to cute little caps with some fullness, or an interesting face shape. 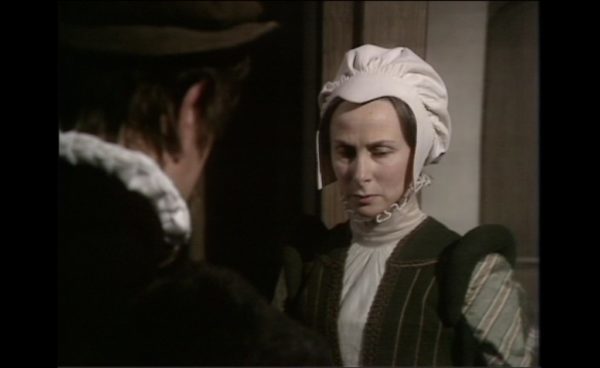 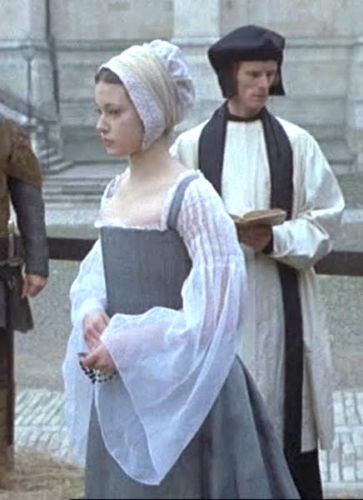 “I may be about to lose my head, but at least I look cute with my slightly gathered coif.” – Catherine Howard. Henry VIII and His Six Wives (1972). 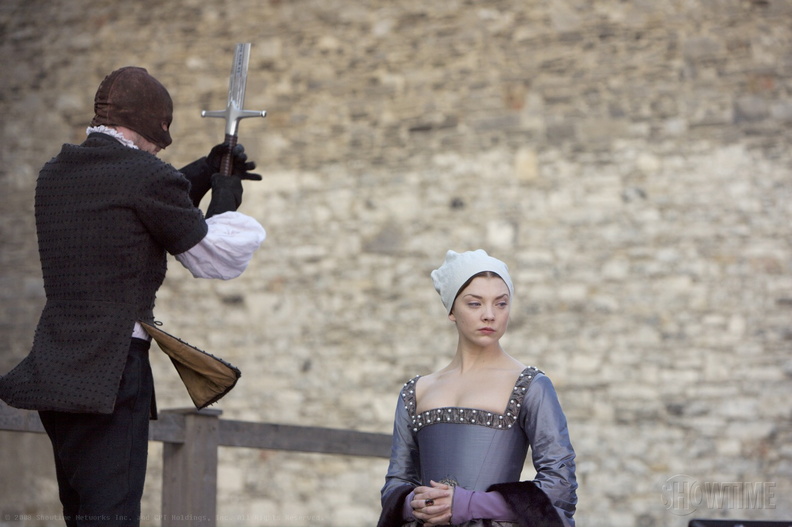 Nor does it apply to a hat worn over a biggin: 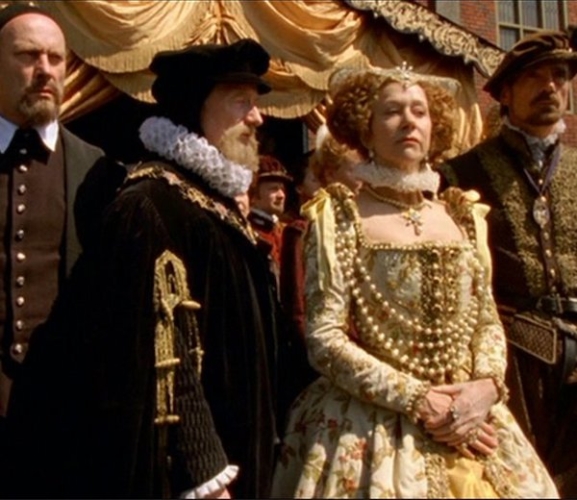 “Your Majesty, by the simple expediency of wearing not one but TWO hats, I have escaped Derp-face and continue to be worthy of serving you.” – Lord Burghley. Elizabeth I.

About the only people who can get away with it are children: 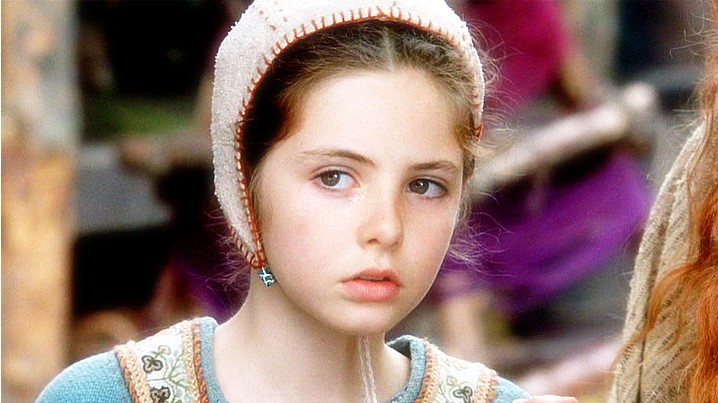 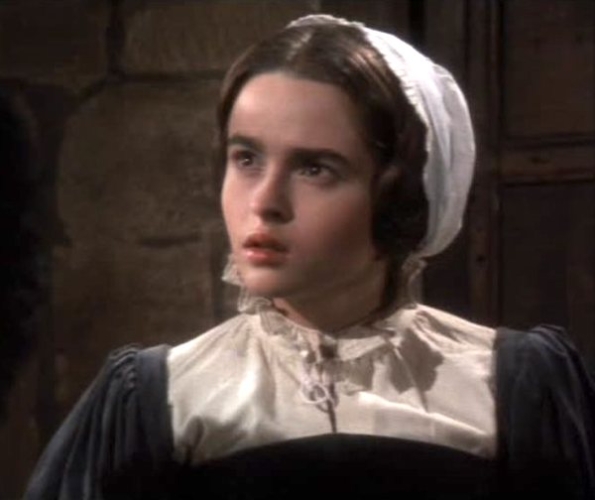 “I can pull this off, because I look 12. NOBODY IN THIS FAMILY UNDERSTANDS ME.” – Jane Grey. Lady Jane. 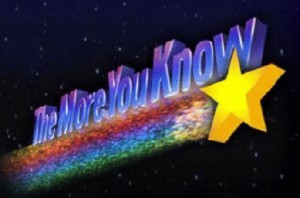