Those of us here at Frock Flicks have access to Netflix, Amazon Prime, Hulu, maybe a little broadcast TV (like Turner Movie Classics), and perhaps some, ehem, other sources to watch historical costume movies and TV shows. Hey, we might even see movies at an actual theater with real people ‘n stuff! So we spend a lot of time in front of a screen, attempting to watch our backlogged queue. Alas, not every flick set in the past is worth our time (though for ones we DO review, use the search box or menus to peruse the archives!).

Here’s some behind-the-scenes info: There are a lot of crappy historical costume movies and TV shows out there! We’re not talking Snark Week-worthy travesties — we LURVE watching those. But some movies are just weak tea. These are the boring flicks, the dull shows, the ones with mediocre costumes and stories that can’t even rise up to the level of camp entertainment. Or the ones that are mildly entertaining, maybe have ‘good-enough’ costuming, or are moderately snark-worthy, but we can’t be arsed to work up a sweat about it. 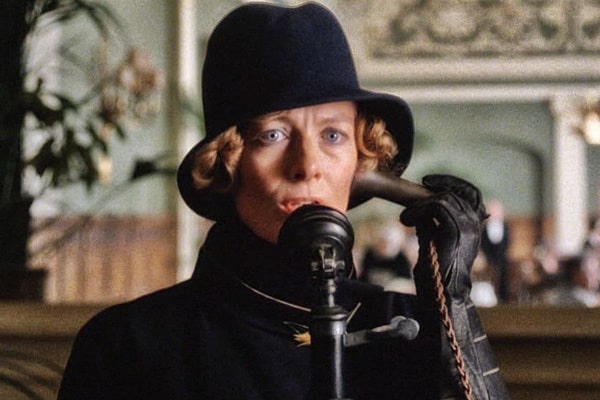 Good cast with Vanessa Redgrave staring as the famous mystery writer and Timothy Dalton as her pompous, cheating husband husband. The film tries to explain Agatha’s 11-day disappearance in 1926, but the story is slow and meandering. I just couldn’t get into it. — Trystan 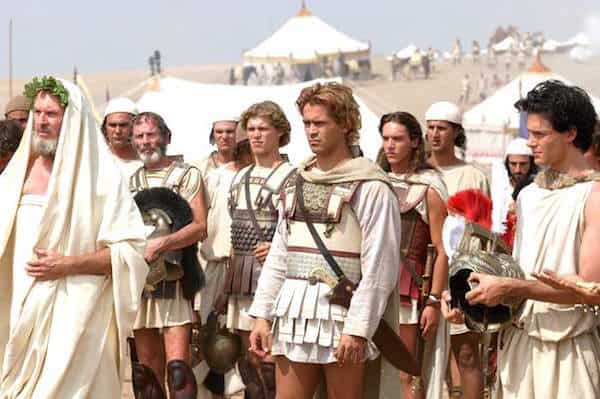 I threatened to watch this, so I did, thinking it might be laughably, entertainingly bad. Guys, it’s just BAD. Clearly it was one of those “director went crazy/studio cut him off” productions, because you get some feels-incestuous bonding between child Alexander the Great and his mother (Angelina Jolie), a big fight between adult Alexander (Colin Farrell) and dad (Val Kilmer), and then we’re told in narration about Alexander becoming a great general and conquering the world and suddenly we’re in some big battle (with the Persians I think). I noped out at that point. If you’re not going to show Alexander the Great being, uh, Great, then what’s the point? Mullets and incongruous Irish accents abound, btw. I need to make better choices. — Kendra 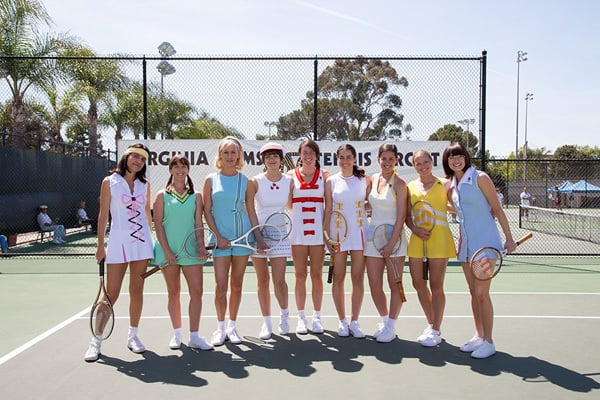 Enjoyable and fairly historically accurate recounting of the iconic 1973 tennis match between Billie Jean King and Bobby Riggs, as well as King’s push for gender equality in her sport. The handling of King’s affair with Marilyn Barnett is sensitive and engaging as well. It’s post-period for us, although the jazzed-up tennis uniforms are cute and would make a splash even today, when players like Serena Williams still get criticized for not wearing “traditional” tennis whites. — Trystan 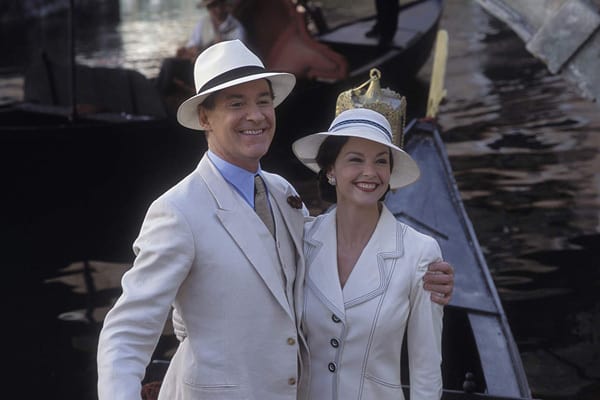 I wanted to like this biopic about Cole Porter and his wife Linda and his gay affairs. The flashback setting interspersed with musical numbers is usually something I enjoy, but the production falls flat here. Kevin Kline works well as Porter, but the pacing of the entire film is just off, which feels criminal when set to Porter tunes. — Trystan

It’s been years since I watched it, but I do remember really liking Ashley Judd’s 1930s wardrobe, so that’s something? — Kendra 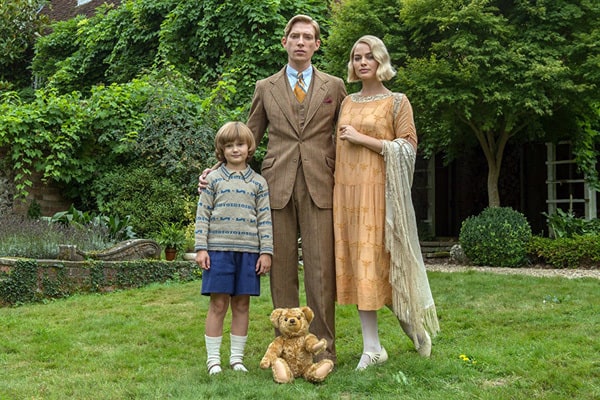 Being a huge Winnie-the-Pooh fan, I wanted to like this story of how A.A. Milne wrote the books. And the part about the author’s PTSD from World War I was interesting and seemed like it might give some deep, meaningful background. But so much of the film is about how Alan and Daphne Milne were terrible parents to Christopher “Billy Moon” Robin, other than giving him the stuffed animals that inspired the stories, it all feels kind of icky. — Trystan 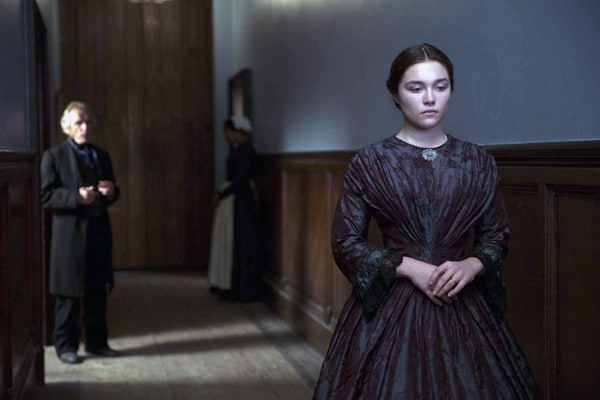 I was intrigued by the description of a woman in the 1860s in a loveless marriage who has an affair with a servant. But when this “affair” began with the guy raping her and then she seems to enjoy it, I noped out immediately. Sorry, can’t go there, I don’t care what else happens in the flick, that’s just gross. — Trystan 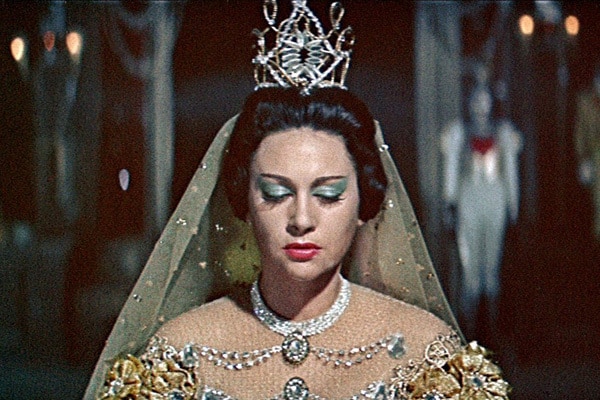 Framed by a circus act telling her life story and revealing details with flashbacks, we see a fractured, fictionalized, frankly misogynistic view of this famous courtesan as merely a heartless whore, more used by men than using them. There’s no sympathy for her or any redemption arc. It’s Moulin Rouge with neither the fun nor the pathos. Costumes are OK for ’50s Victorian. — Trystan 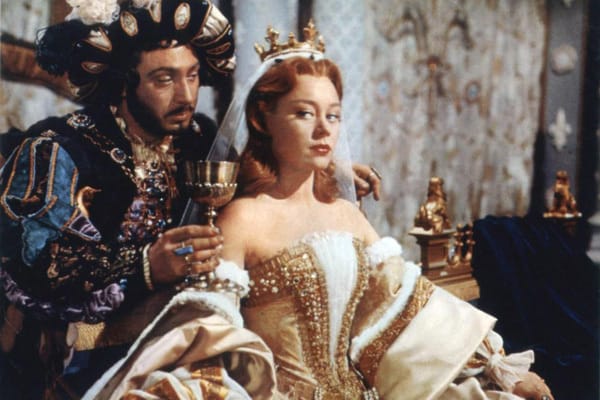 Disney does Tudor, so obviously there’s not much historical accuracy, just a lot of pretty pretty princess-ing and flashy swordplay. Nominally, this flick tells the story of Henry VIII’s sister Mary Tudor who was married off to King Louis XII of France but was actually in love with Englishman Charles Brandon. One of the many inaccuracies is that Mary introduces the volta dance to the English court, which wasn’t popularized until Queen Elizabeth’s time, but hey, who’s counting? — Trystan