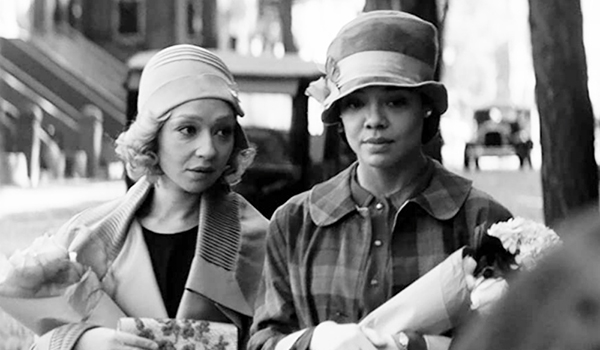 “Passing” refers to a person being perceived as something they’re not, and historically this has meant someone being seen as “white” when they’re not. The term is also used in the queer community to mean being seen as straight or seen as one gender when they were assigned a different gender at birth. Sometimes, passing is thought of as the safer or easier choice, and sometimes it’s considered a betrayal. The subject is complicated and nuanced, and the movie Passing (2021) takes this on in adapting Nella Larsen’s 1929 novel.

The film hews closely to the story of the novel, even using similar 1920s language, but I don’t want to give much away of the story because it’s really enjoyable to watch unfold. While this is definitely about two Black women and about their relationship with the Black community (there are barely any white characters at all), it’s also about these two women’s relationship to each other. Tessa Thompson as Irene and Ruth Negga as Clare are the entire movie, they fill the screen, they have almost all the dialog, and their faces carry all the emotion of the story. 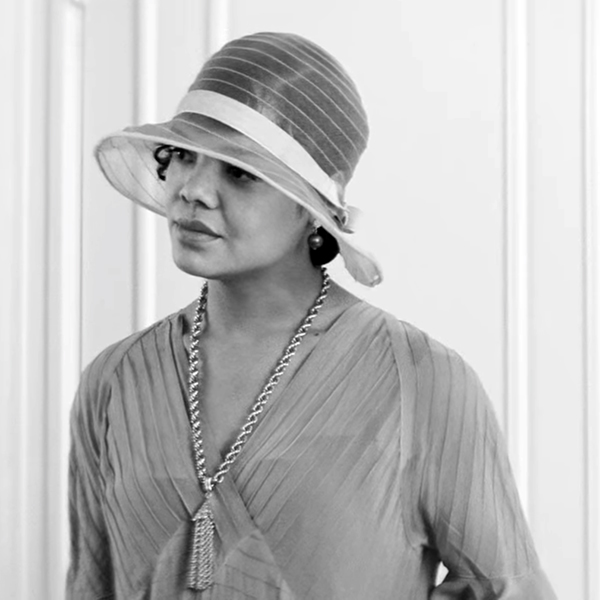 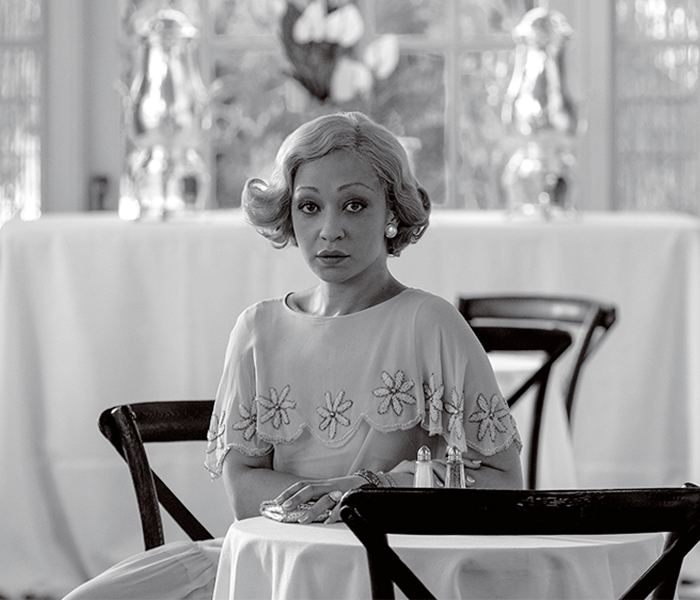 Director-writer Rebecca Hall has talked extensively in the press about how it took her a decade to get this movie made and how she was on a tight budget. Well, it doesn’t show because this is a beautiful movie! Filmed in black and white and in 4:3 perspective, these constraints mean that every little thing in the movie, from sets to costumes to the light to the music and, of course, the performances, are exquisitely on display. That, again, emphasizes that this story is about these two women, two Black women, who are living very different lives, and the contrasts between them are vivid because of the way the movie is constructed. Talking of how she made the film, Hall said in the Spool:

“This is a stylized movie, everyone is passing in this movie, including the movie itself; it has its own performance. And the shots are composed, I have storyboarded a shortlist of everything. The 4:3 is very restrictive. So if you don’t stay on your mark, you’re literally going to wander out of the frame. Everything is composed so specifically that sometimes you’re both in the same shot, and sometimes one of you is looking at the other and the other one isn’t. You can have these glimpses of how you are affecting each other on an unconscious level, underneath what you’re saying. So I’m going to be prescriptive about the blocking, and the shorts and the tempo, and the rhythm of the scene.”

The black-and-while film obviously emphasizes the racial aspect of the story, but some in the media have complained about the casting. Which Hall has addressed in the Washington Post:

“I hope that it does make you think about what we mean when we talk about race as a social construct. We throw that phrase around a lot, but we don’t necessarily know exactly what we’re saying.

It was tantamount to me to cast Black women in these roles. And not just to redress the fact that there have been other movies about passing that have centered White women who do not hold the entirety of that experience. But there’s a level beyond that. I was interested in having an audience that has a fixed idea of these women’s racial identity. So you’re sitting there going, ‘Is he not seeing what I’m seeing?’ It’s much more interesting to make it metaphorical.”

And in The Guardian, she said casting Thompson and Negga furthered the story:

“The most articulate way I can describe it is that if you’re in a Black family and a member leaves and crosses the colour line, you don’t ever see them as white, even if all the white people see it. And that’s the perspective that I wanted the audience to see it from.”

Nylah Burton in a Refinery 29 article summed up the ‘controversy,’ saying:

“Whether Thompson or Negga could pass is irrelevant; the irrelevance is the point of the book and is the very essence of “passing” itself. In my familial and social experience, white-passing Black people are not defined by how white or Black they look. They are defined by how they can, through varied means not at all limited to physical appearance, illuminate the fact that race is a delusion, thereby discomfiting and fascinating others. Those varied means can include the ability to codeswitch, their style aesthetic, the food they eat, and the company they keep. Their features are an important part of that, of course, but nothing is more powerful than the overall delusion.”

The film makes this powerfully clear, but in case you’re only seeing the reviews and trailers, it may be useful to go in with an understanding that the movie is purposefully made from a Black point of view and does not care if white viewers are made uncomfortable. 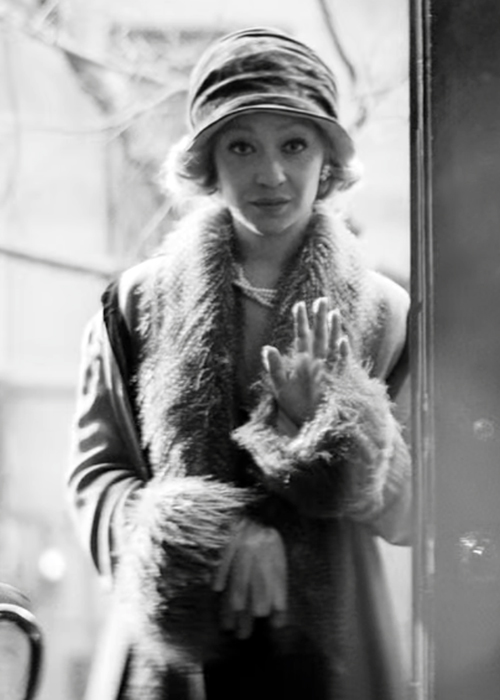 As I said, the tight budget for this film doesn’t show in the results, and the costumes designed by Marci Rodgers are not lacking. While she hasn’t done a ton of period costume films so far — her lauded designs for BlacKkKlansman (2018) were from the 1970s — Rodgers certainly has an eye for historical costume and puts in the work. She used some vintage clothing and according to the Hollywood Reporter, she had access to costume designer Ann Roth‘s personal stock of period pieces. Rodgers told Fashionista, “I do my research and make sure the costumes look as accurate as possible.” And in Town and Country, she elaborated:

“I am a type of customer designer who tries my best to design costumes based off of real people. I want it to feel real — even if somebody were to say, ‘Well, that doesn’t look like a trench coat to me,’ it actually looks like the trench coat of somebody who in the 1920s could have been walking down the street in Harlem.” 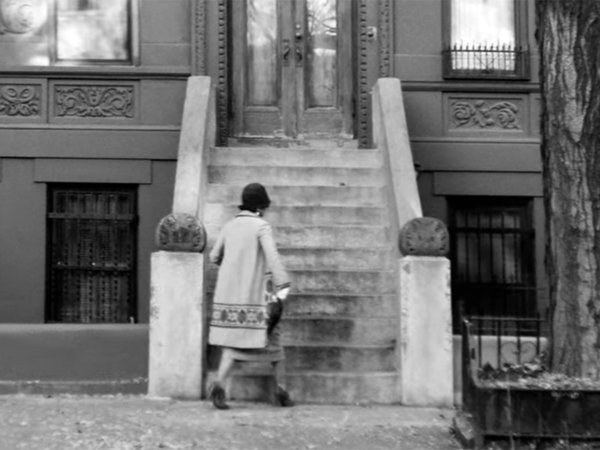 The level of detail is excellent throughout. For example, this coat with a printed border… 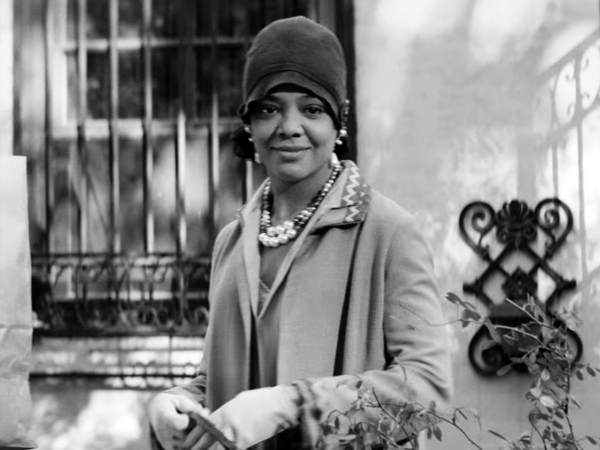 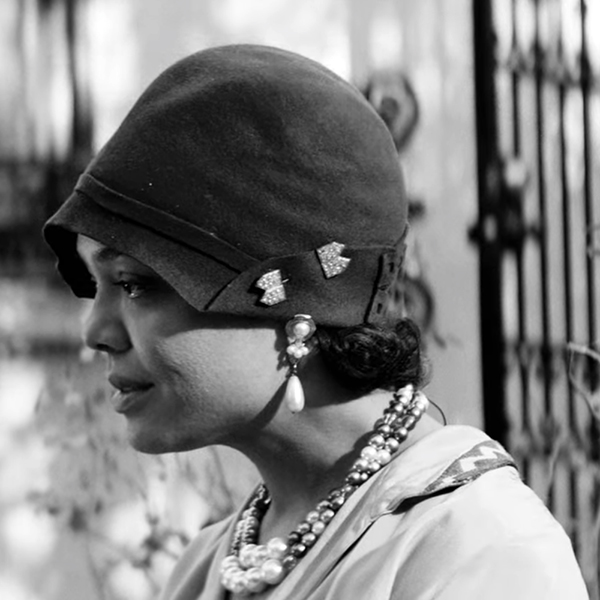 The cloche has elegant 1920s details.

Of course, designing for a film shot in black and white presented a unique challenge, which Marci Rodgers was prepared for. In Cultured, she explained:

“When Rebecca [Hall, the director] said everything would be in black and white, it reminded me of a project I had to do at the University of Maryland. We had to emulate a series of Christian Lacroix’s drawings and I was the only person in the class who rendered them in black and white. I remember feeling annoyed that I wasn’t able to paint in color. But that’s why I feel like so much of my journey has been destined. With Passing the film is shot in black and white, but all the clothing is color. I had to shift my eyes to black and white. Certain things that are pretty in color are hideous in black and white. I kept laughing during the process and felt humbled because God seemed to have been using my old teacher to prepare me for that world.” 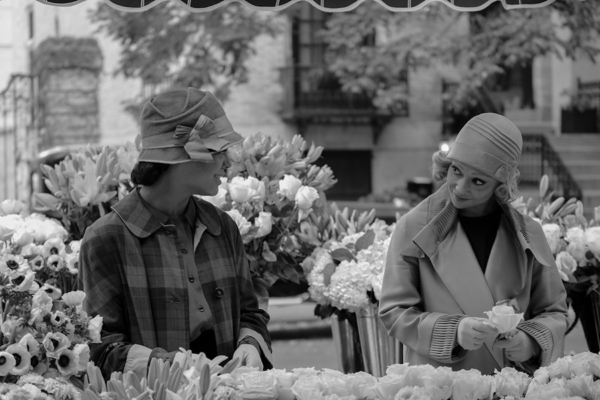 Compare these coats & hats worn by Irene & Clare in the film… 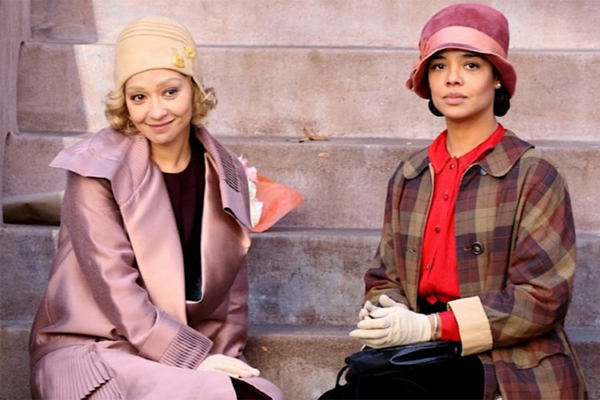 With this color behind-the-scenes image of the same outfits. 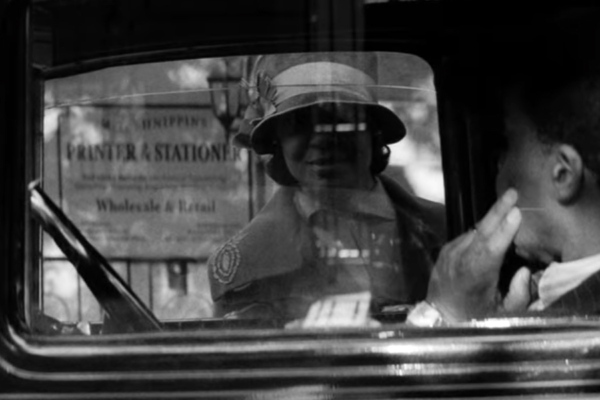 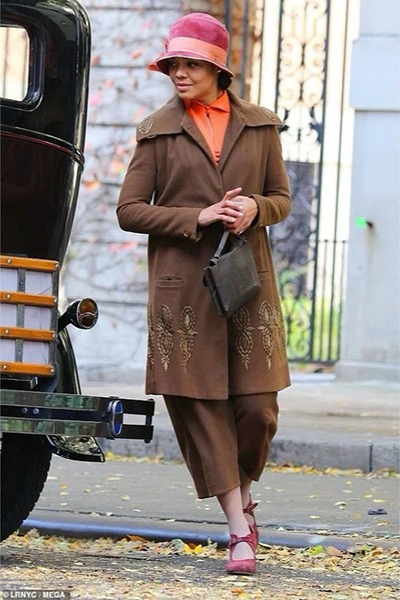 And here’s the full view posted on Marci Rogers’ Instagram.

There are also personal references that Rodgers worked into the designs. As a Howard University alum, she was pleased to help André Holland flesh out his character Brian’s background as a doctor and Irene’s husband. In Town and Country, she provides this detail:

Howard University is my undergraduate alma mater, so obviously I’m biased. I contacted a colleague of mine there at what felt like the 25th hour and he gave me a Howard University lapel pin, which I used on Brian in one of his changes. When I brought it to André to put on, I think he appreciated that because it underscored certain things, as to why his character was who he was. It helped us get a little bit deeper.” 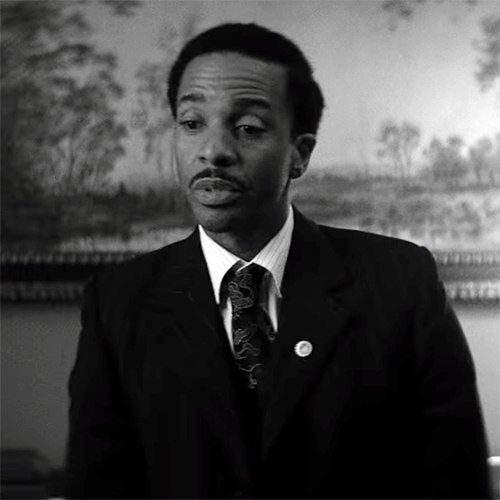 The pin is visible on many of Brian’s suits.

Another personal touch references Rodgers’ sorority at Howard, which she mentions in a News24 article:

“When I first started design, I said that if I could insert my own background story into any actress’ costume, it would probably be pearls or pink and green because those were my sorority colours at Howard University (where Kamala Harris and I were actually initiated in the same chapter). So I will always try throw somebody into some pearls — it’s my way of giving back to the sorority that chose me to be a member and to carry on our legacy and tradition.”

Both Clare and Irene wear pearls at different points in this film, which is feels accurate to the period and suits the characters. 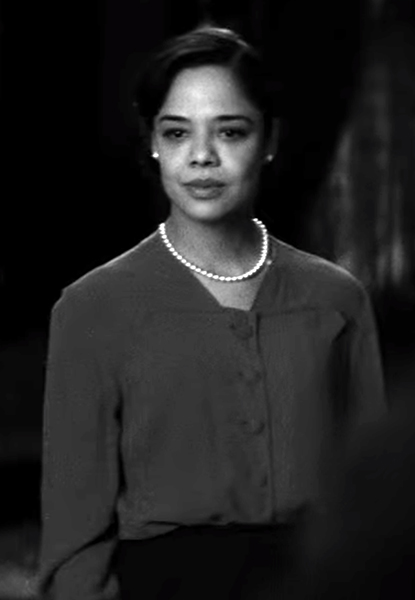 All of the accessories are well done here, especially the women’s hats. There are some amazing ’20s designs that make me suspect these hats are authentic, either that or Rodgers had a really excellent milliner on her staff. 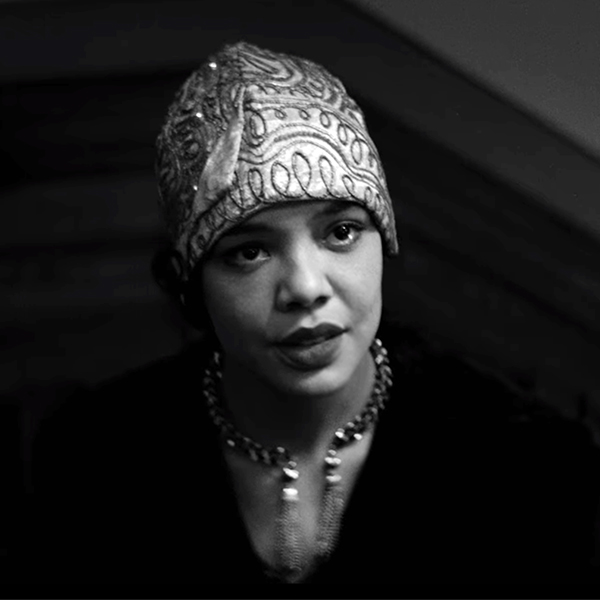 Glam hat going to a party at the end of the movie. 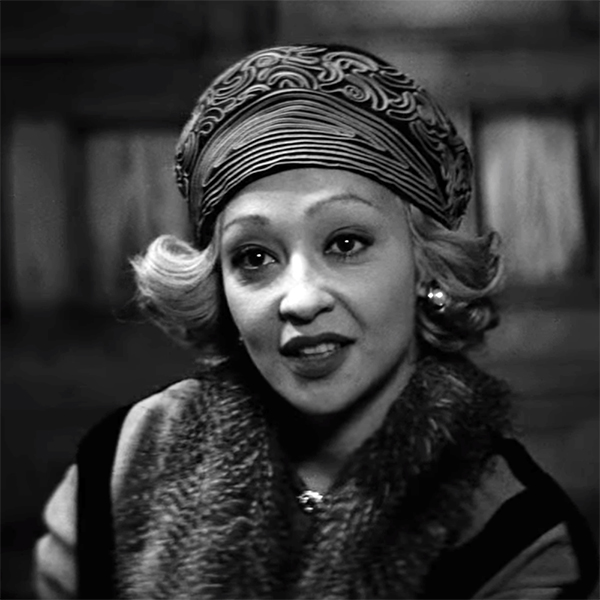 Clara’s hat in the same scene.

The hair, too, is well done and shows the differences between the two main characters. The more conservative, restrained Irene wears her hair in a simple chignon at the back of her head, while the adventurous and free Clare has bobbed and bleached hair. Barbara Roman, Hair Department Head, told the Hollywood Reporter that of her work, “Period is actually my favorite.” But due to the tight budget of this film, she had only one wig for Clare, no backups, and had to maintain this one for the entire shoot. 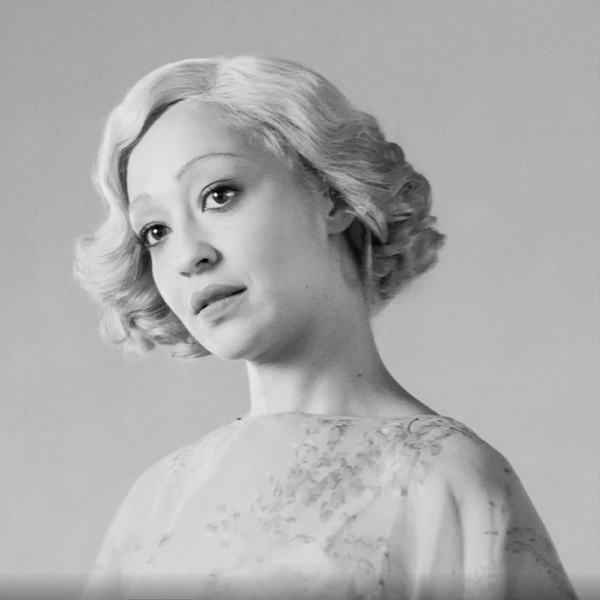 Check out Passing on Netflix, if you haven’t already!