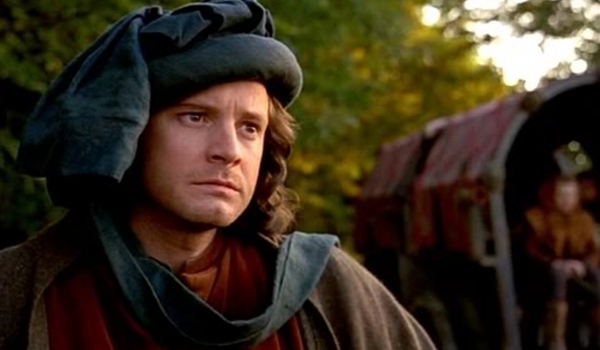 I just need everyone to know that I wanted to make this a really professional post that would do justice to this film, but … time got away from me and then there were cocktails, and, well… this is a free website so you get what you pay for.

With that out of the way, The Advocate (1993) — or, as it was known in the UK by the apparently way less marketable title, The Hour of the Pig — is one of my favorite films featuring Colin Firth. This predates Mr. Darcy by a good few years, but Firth, in his prime, without the restrictions of pearl-clutching audiences, is faaaabulous in this flick. Want a shirtless Firth scene? This film has that. Want a (gasp) Firth sex scene? Watch the British version for the extended cut. Want to see a film rock the 15th century and all of its weirdness? This film is for you.

The premise of The Advocate is Richard Courtois (based on Barthélemy de Chasseneuz, an actual historical person), who is a “big city attorney” (by 15th-century standards) who longs to get away from the crush of city life for a simpler existence in the country, and by doing so, learns that French country life in the 15th century is pretty fucked up.

To start off, he’s immediately called to represent a pig in a trial (which automatically has more legal rights than the local “Moorish” family existing at the fringes of society) and that dispels any notion of quaint, simple country life pretty much right off the bat. Add in a degenerate priest (Ian Holm), a shady prosecutor (Donald Pleasence), a regional lord who bought his way into the nobility (Nicol Williamson), and an itinerant group of “Moors” living on the edges of society, who, because of racism, get swept up into a murder case through no fault of their own, and you have the making of one hell of a medieval murder mystery that would put even Brother Cadfael through his paces. 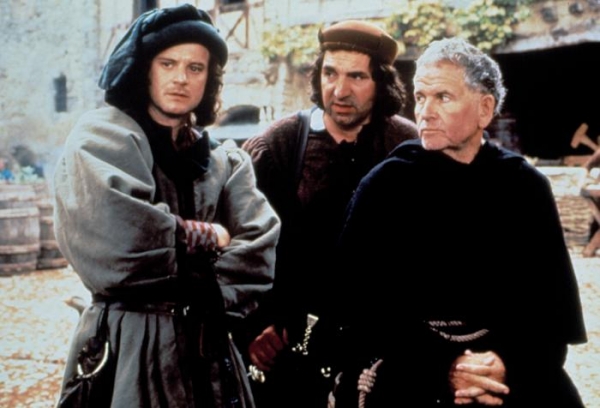 Colin Firth, Jim Carter, and Ian Holm. If this trio doesn’t make you want to watch the film, I don’t know what will. 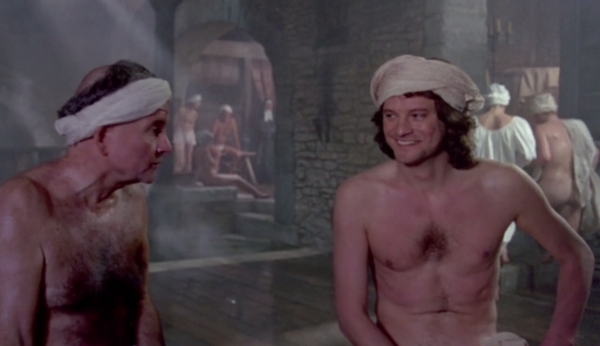 Did I not promise you shirtless Colin Firth? Shirtless Ian Holm included as a gift with purchase. 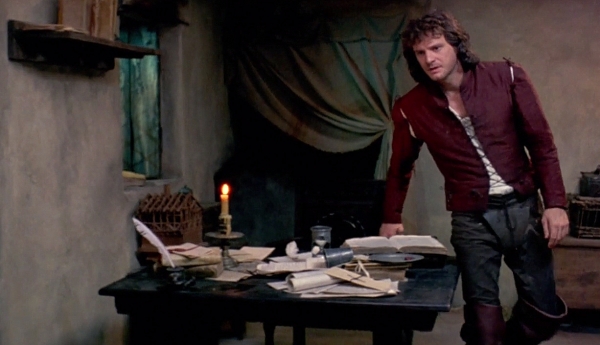 Technically, this falls under “contractually obligated leather pants,” but I’m going to let it slide. 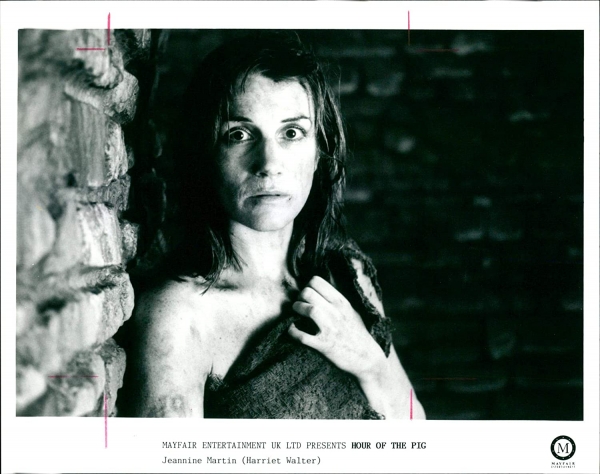 Harriet Walter is captivating as the wrongly accused “witch,” Jeannine. 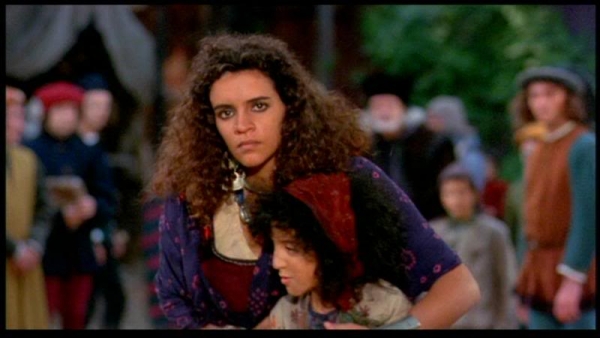 Amina Annabi plays Samira, the “Moorish” woman who ends up caught up in the middle of the murder spree in Abbeville. She is well aware of the disadvantage she and her family are at and is pivotal in convincing Richard that something more insidious is at play in Abbeville. 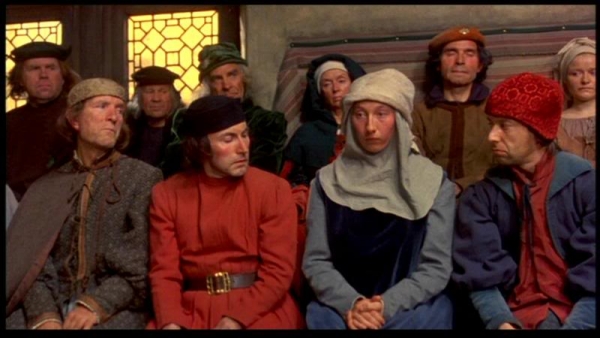 Some of the best medieval costumes you’ll see on film are in the crowd scenes of this movie. 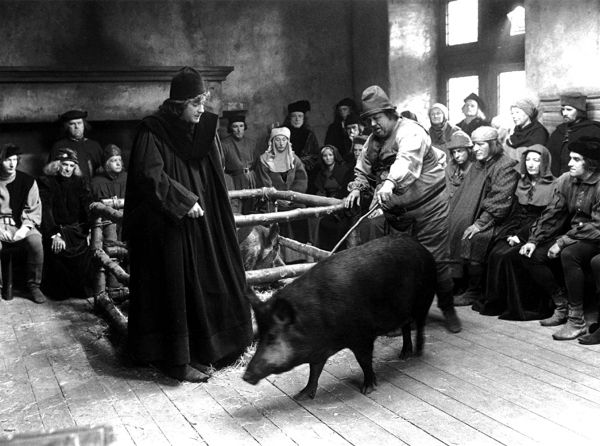 The pig in question (& more of the crowd scene) 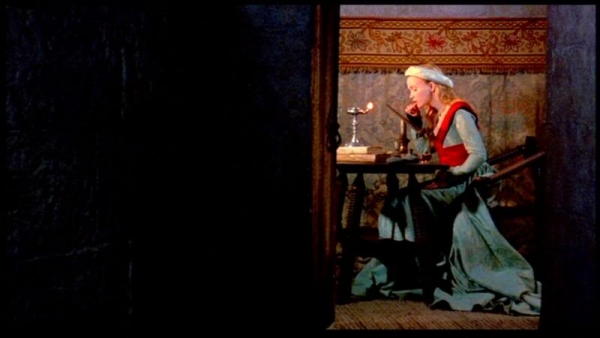 The costumes on Filette d’Auferre, the daughter of the Seigneur are some of the best of the film. 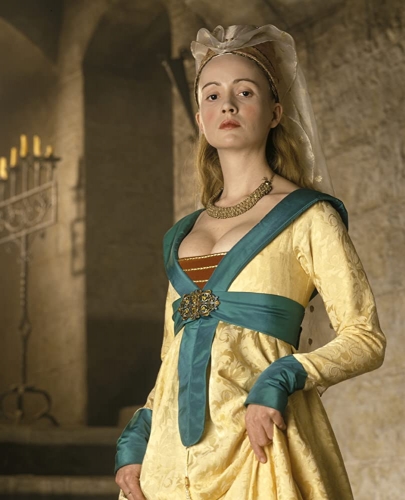 Lysette Anthony plays Filette. I’m 60/40 on whether or not she actually shaved her forehead for this role. 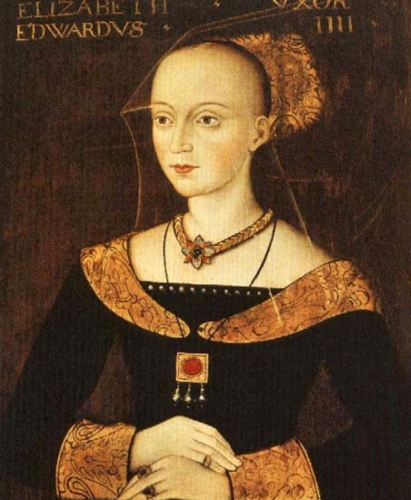 A portrait of Elizabeth Wodeville, c. 1472, for comparison. 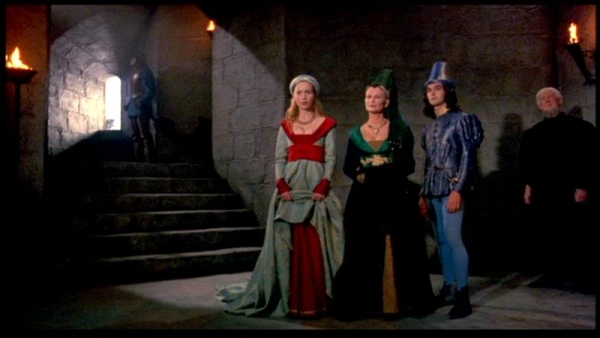 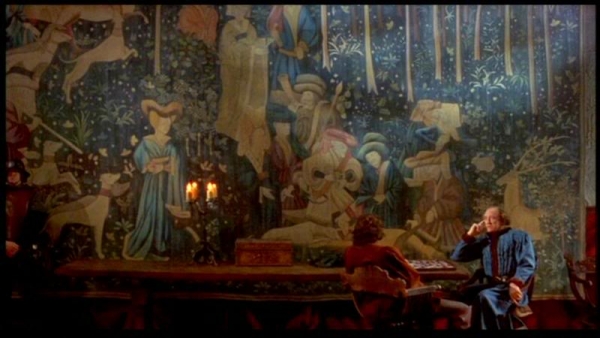 One of the iconic scenes from the film, showing Richard and the Seigneur discussing … things … in front of a giant 15th-c. tapestry. 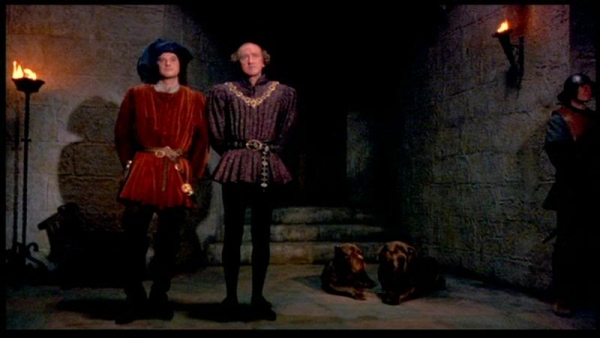 A good side-by-side contrast of men’s 15th-century fashion for a well-to-do commoner and a wealthy lord. Firth’s cote is longer (but not too long), while the Seigneur’s is substantially shorter with more tailoring and out of richer fabric. 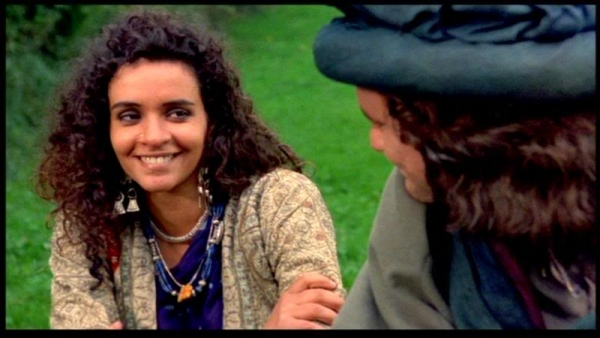 The love story between Samira and Richard is bittersweet. She is realistic about their prospects, while he is certain they can overcome any obstacles.

Have you seen The Advocate? What are your thoughts?