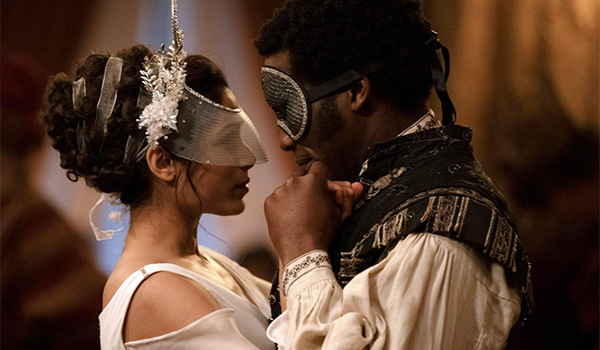 While it was only in theaters for a hot second, Mr. Malcolm’s List (2022) is now available for online rental, making it a lot easier for me to review. And it’s exactly the palate cleanser I needed after having forced myself to watch that Netflix Persuasion. This Regency romance is everything that one is not — light, charming, witty, engaging, fun, and a perfectly pleasant diversion for a couple hours. There’s no dumb anachronisms, no modern gimmicks to be “relatable,” and no talking down to the audience. 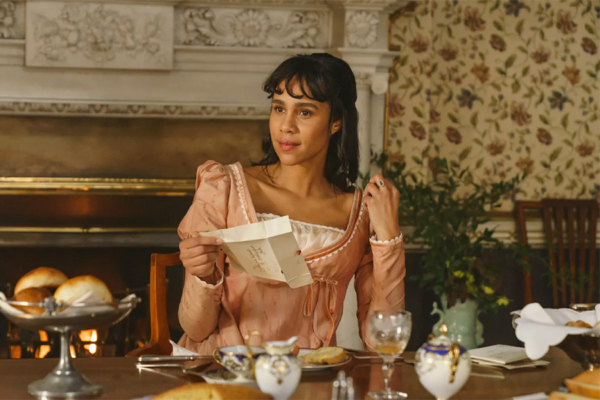 But there are some hair quibbles!

Is Mr. Malcolm’s List predictable? Yep. It’s a period rom-com, so the plot is pretty standard-issue. But what makes it quite enjoyable are the characterizations and actors creating them. Julia Thistlewaite (Zawe Ashton) eating trifle and the chatter between her and her mom (Naoko Mori). 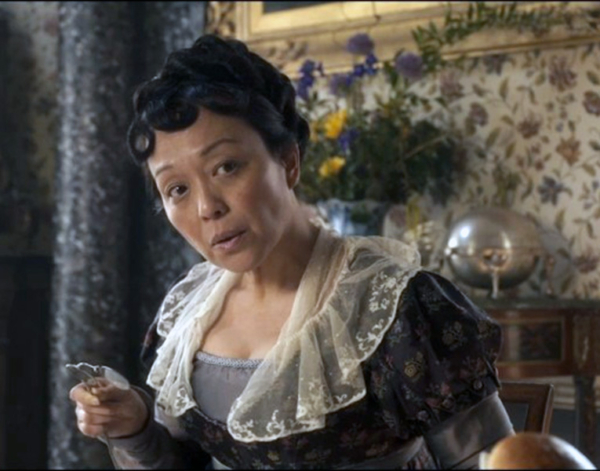 Lord Cassidy (Oliver Jackson-Cohen) with his masquerade costume and his fear of horses. Selina’s adorable mom (Dawn Bradfield) being such a mom. The footman, John (Divian Ladwa), subtly stealing every scene and not just with his over-the-top wig. 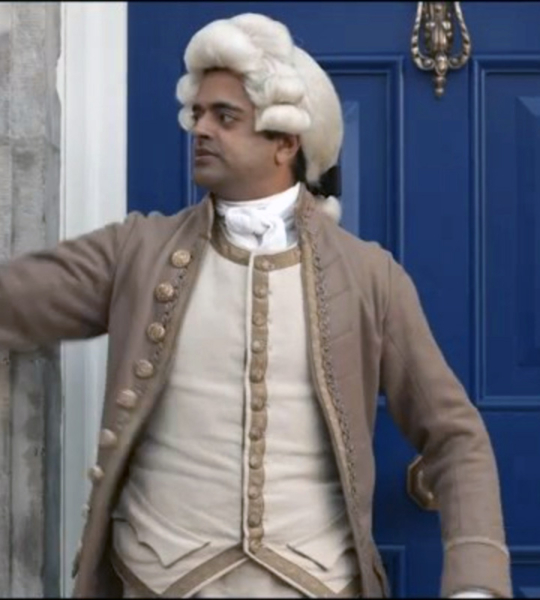 All of these characters feel so real, they’re well fleshed out, they aren’t one-note, and they’re enjoyable to watch. They have little quirks, and their relationships feel genuine. There’s solid chemistry between the actors, and not just the romantic leads; the friendships and parental relationships have good chemistry behind them as well. All of this makes it feel like an old-fashioned Austen frock flick of solid quality. 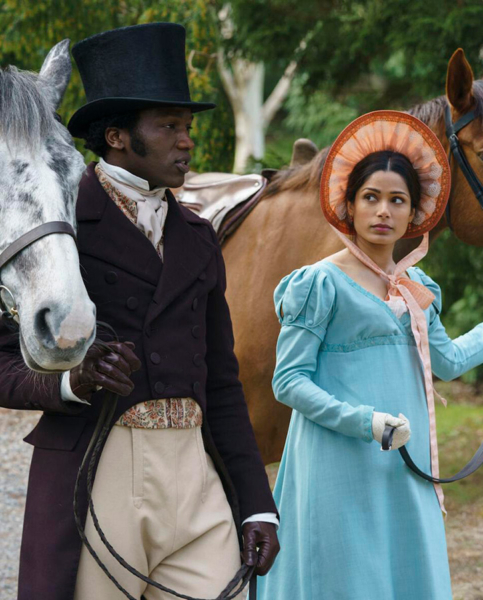 Of course, what makes this story stand out is that it has two people of color as the leads, and I can’t think of many other period romances that do so, especially both being not enslaved (something like Roots doesn’t count as a “romance” IMO). Anyone who wants to whine about this not being historically accurate can go fuck right off, and I’ll be deleting comments that complain about it being “politically correct” casting or such like. That sort of talk just shows that some people have a limited view of history — the view written only by white people. Most societies have been a lot more multicultural for a lot longer than certainly movies and TV shows have depicted. And when it comes to something like a romance story, it is absolutely true that two not enslaved, not poor people of color could find love! So why not show that onscreen? It’s fun, it’s sweet, and get over yourself if you have some weird problem with the skin color of the actors.

“I wanted to create a film that gave lots of young brown and Black girls around the world the ability to have their own Jane Austen film, whether it is Jane Austen or not. I think it’s awful that so many people just in the genre rom-com as a whole barely have movies, regardless of the time period.”

She and her production team did a lot of research for the film, and she pointed out:

“I think that really big shocking thing to me — especially visiting the amount of art galleries I did and the amount of historians I spoke to — was just how much Hollywood had whitewashed, specifically, England’s past.” 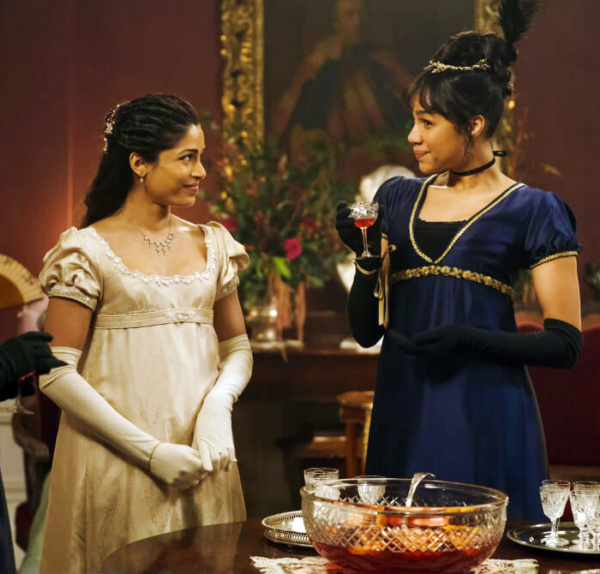 “I grew up reading Jane Austen, and I grew up reading the classics and never did I not see myself in them. It was only when they started to get made into films that I was like, ‘Oh, I guess I’m not so much here as I am in my imagination.’ And that’s always been a really sad fact, from my perspective, not only as an avid reader, but as an actor, too. It’s always felt like the strangest thing not to be invited to that table. And so, I just feel my best as an actor when I’m resonating not only with the creative material, but when there is an intentionality — or a needle — moving element to the work that I’m doing.”

“I had done historical pieces before, but [I had] always played a character who had been affected by colonialism. Either they were a former slave [like] in The Mill, one of my first TV projects, or they experienced a lot of racism like in The Halcyon, another one of my TV projects. So the opportunity to play someone who was not burdened by oppressive whiteness was a joy. My goodness, it was a joy.”

This film is joyful, and it feels playful. This isn’t a particularly deep movie, nothing earth-shaking in the plot, but solid acting and good production values make it a worthwhile entertainment while also being a step forward in representation.

So on to the costumes. I’m guessing the budget was modest and mostly spent on the locations, which are fantastic. Filmed in Ireland at several gorgeous country houses, Mr. Malcolm’s List looks like a classic Austen film overall, and the costumes fit in rather well. This isn’t a fantasy soap-opera world of the Regency like Bridgerton — the story is rather traditional and so are the costumes for the 1818 setting. Costume designer Pam Downe (The Spanish Princess, 2020, Interlude in Prague, 2017) used her research and budget well, focusing on classic period styles. In one interview, she explained:

“While I was doing my online museum research, I was delighted to find a number of paintings of Black men in society. There were many of them. It was quite interesting finding out about all these amazing characters. They provided a lot of my references for Mr. Malcolm’s looks.” 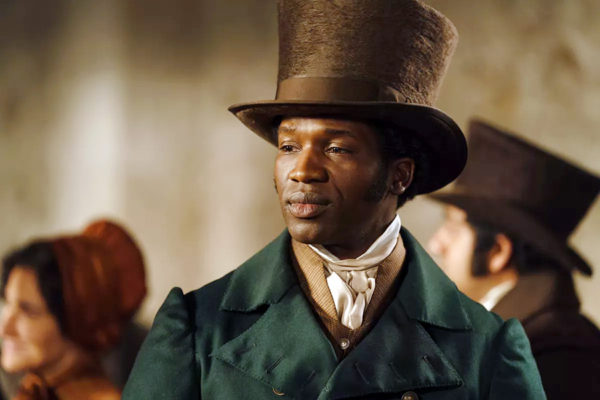 Downe also realized, through research, that the little white dresses cliche for the Regency wasn’t required:

“That gave me the freedom to use more sumptuous, structured silks, which gave us a stronger silhouette and seemed a bit more interesting.” 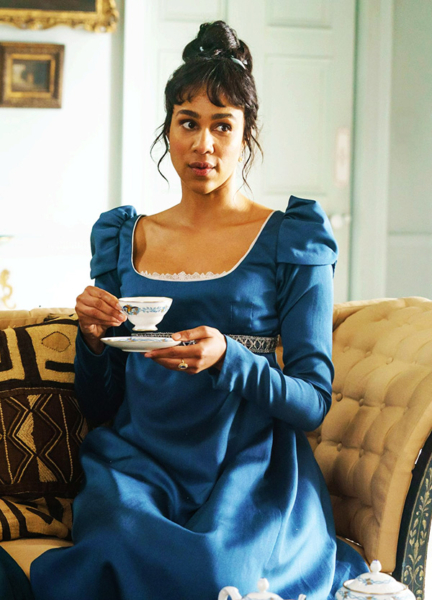 The two main women has different color palettes. For London-based Julia, “the palette was a bit cooler. Julia’s frocks were often purples and mauves,” while for country girl Selina “there are lots of warm, rustic colors.” 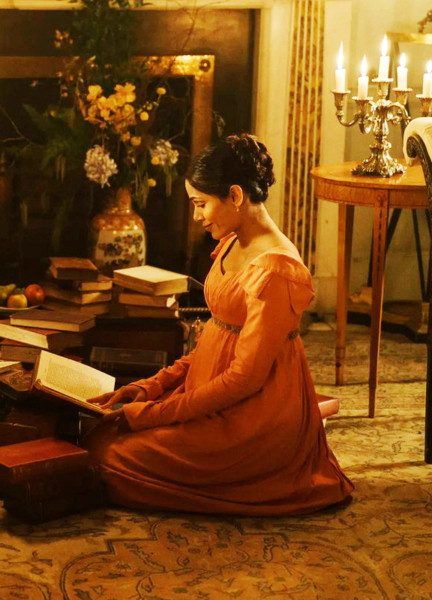 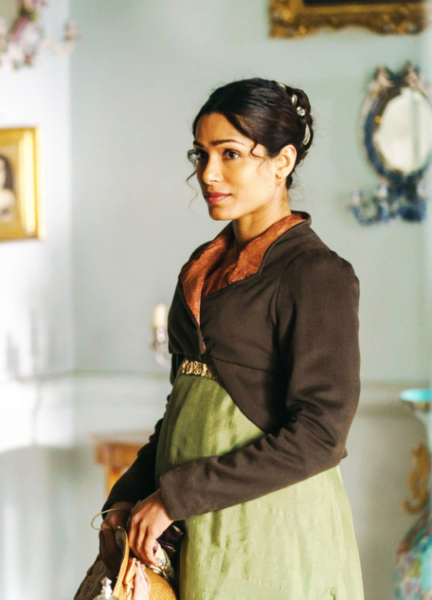 Julia also has some fantastic hats, which is particularly good to see since recent 1810s period productions have been so anti-hat. There’s even a minor plot point around Selina’s crappy “country” bonnet getting an upgrade, thanks to her friend. 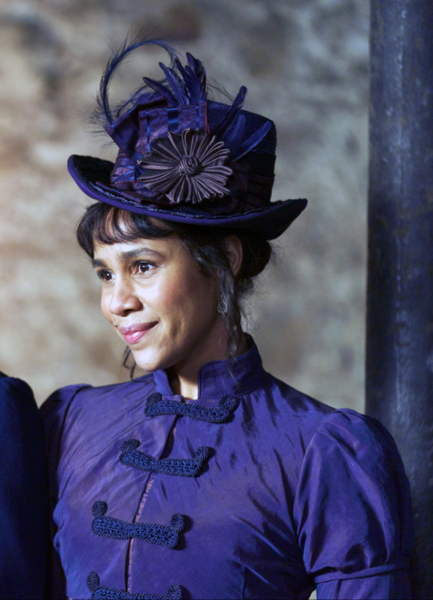 LOVE this hat. The spencer jacket is nice too. 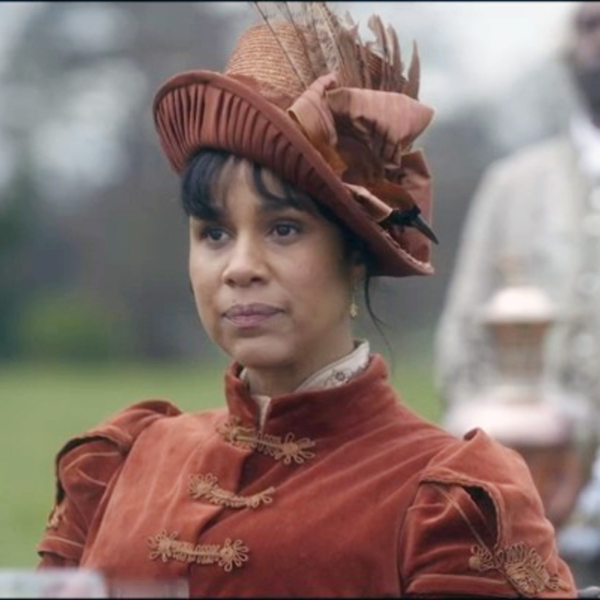 Excellent trimmings on this hat.

Director Emma Holly Jones explained that both the costume and hair designers pointed out how the production could incorporate some of the characters’ and actors’ culture into the film. Hair designer Eileen Buggy looked at different afros with Ṣọpẹ́ Dìrísù, and the team decided on dreadlocks instead of a wig for Doña Croll, who plays Mr. Malcolm’s mother, Lady Kilbourne. Jones said: 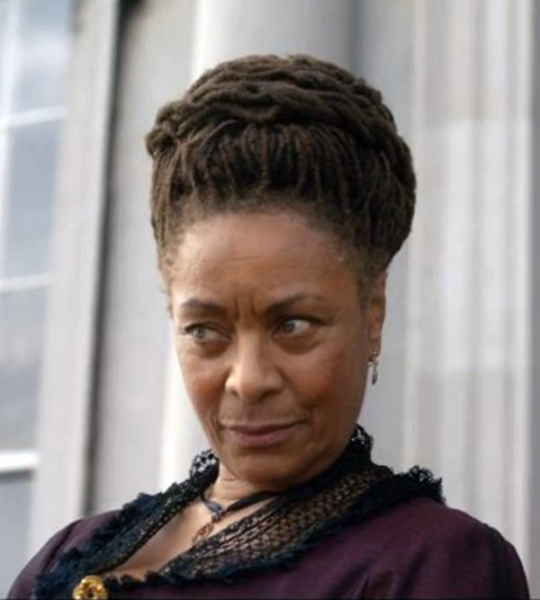 Of course, not all the hair is as successful, IMO. While these natural hairstyles blend effortlessly into the period style as what Black people would have worn in the 1810s, Julia’s blunt bangs stick out as a modern style when Regency bangs were done rather differently. Worse though is the cliche of “country bumpkin” Selina wearing her hair down fairly often, including at formal events like a ball. Sophisticated Julia always has her hair up, except a few times at home with only her mom and Selina around. But Selina goes out in public half the time with her hair up and half the time with it down. Bleh.

One last costume worth noting is Mrs. Covington, a relation of Selina’s, who has a minor plot point and her outfit stands out in a way that reflects her character standing out. 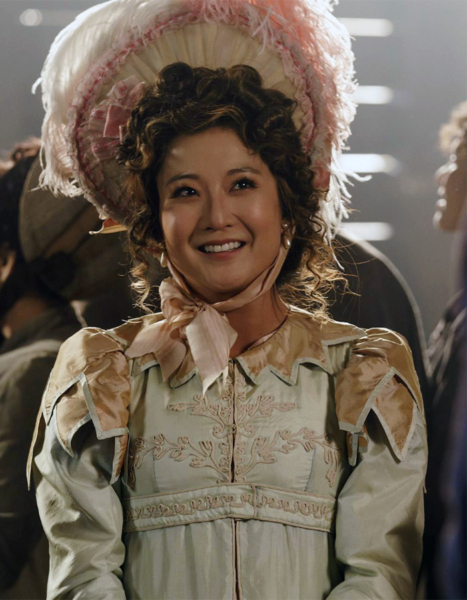