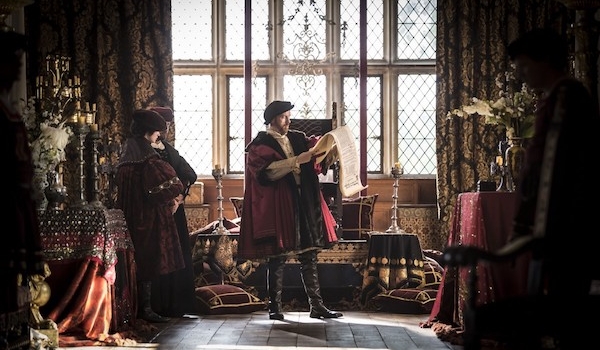 To accompany our podcast of the 2015 series Wolf Hall, here are some resources related to costumes in the show.

Do you want to make an outfit similar to the ones worn by Mark Rylance as Thomas Cromwell? A great place to start is the book The King’s Servants by Caroline Johnson, and edited by Jane Malcom-Davis and Ninya Mikhaila. Or, if you’re interested in one of the costumes worn by likes of Johane Williamson, Cromwell’s sister-in-law (portrayed by Saskia Reeves), there’s the companion book The Queen’s Servants, also by Caroline Johnson. For more upper-class costumes along the lines of Henry VIII and Anne Boleyn, we recommend you check out The Tudor Tailor by Jane Malcom-Davis and Ninya Mikhaila.

The Tudor Tailor also has a line of patterns based on the diagrams in each of these books, so if scaling up patterns is not your forté, you can order a pattern in your size, complete with instructions from their online shop.