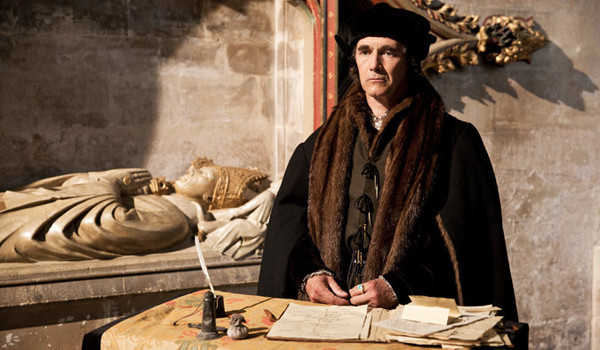 Wolf Hall started (and ended) about two months ago in the United Kingdom. There were a number of interesting news articles that came out at that time, particularly since the series was made in the UK, which may have passed you by at the time. Here’s a round-up of interesting British news that you may want to go back and read! Almost all of these focus on the production or interviewing the cast, so there shouldn’t be any major spoilers. 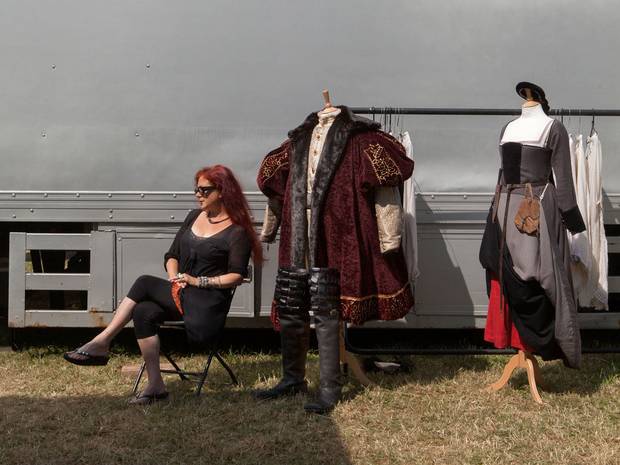 Henry’s horrible history: You won’t find any left-handers or extras in specs. Accuracy is king in the most eagerly anticipated TV event of the year … but how does Wolf Hall stand up to the scrutiny of one historian? (Daily Mail Jan 3, 2015) — Lucy Worsley, Joint Chief Curator at Britain’s Historic Royal Palaces and frequent TV presenter interviews the actors and production team.

Wolf Hall: Behind the scenes of the BBC’s Hilary Mantel adaptation with Damian Lewis and Mark Rylance (The Telegraph Jan 10, 2015) — A reporter watches the filming and discusses the production including costumes, set, script, etc. Don’t miss this one!

Claire Foy interview: The Wolf Hall star on politics in the Tudor court and Hollywood (The Independent Jan 10, 2015) — A longer interview with the actress who played Anne Boleyn.

Bring up the bodice! Actress Charity Wakefield on playing the other Boleyn girl (Daily Mail Jan 10, 2015) – Interview with the actress who plays Mary Boleyn.

A £7m budget. A stellar cast. Why the BBC’s unmissable Wolf Hall could be the … Greatest Period Drama Ever Made (Daily Mail Jan 15, 2015) — Tons of info about the production, actors, and why all the buzz.

Behind-the-scenes with the costume makers for Wolf Hall, Broadchurch, and Doctor Who (The Independent Jan 16, 2015) — Behind the scenes with costume designer Joanna Eatwell, including her background, how the costumes were made, etc. Don’t miss this one!

Damian Lewis’s inspiration for Wolf Hall’s Henry VIII: ‘Wills and Harry’ (The Telegraph Jan 21, 2015) — The actor who plays Henry VIII on how he prepared for the role.

Costume close-up: Wolf Hall (Angels Fancy Dress Jan 26, 2015) — Blog post by Angels costumiers, which was the production house for many of the costumes.

Claire Foy interview: “Anne Boleyn is the underdog, but she has massive balls…” (The Big Issue Feb 4, 2015) — A longer interview with the actress who played Anne Boleyn.

Wolf Hall: Who was Thomas Cromwell? The key facts (The Telegraph Feb 4, 2015) — Biographical portrait of the real Cromwell.

Wolf Hall’s Claire Foy on Anne Boleyn: “She had bigger balls than anyone at Henry’s court” (Radio Times Feb 4, 2015) — Another interview with the actress playing Anne Boleyn.

In conversation: Costume designer Joanna Eatwell (BBC Academy Feb 12, 2015) — Podcast discussing primary sources, how she worked on each character, sumptuary laws, historical accuracy, the process of making the costumes, and how she got her start in costume design; plus brief article showing costume designs.

Why historical inaccuracies in Wolf Hall don’t matter (The Guardian Feb 26, 2015) — What’s inaccurate in Wolf Hall, and does it matter? (May be spoiler-y.) 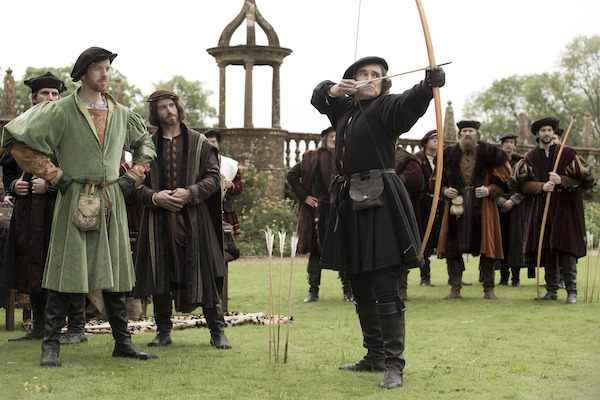