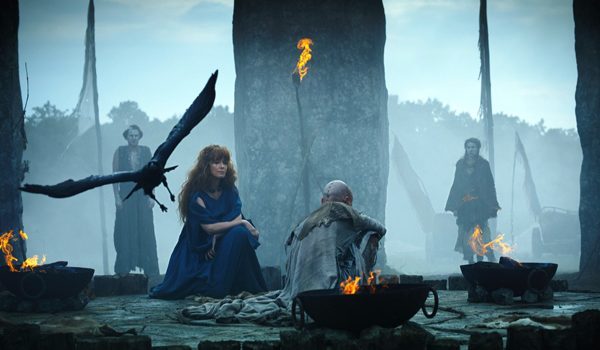 In more “upcoming movie news,” I noticed some photos for the Amazon TV series Britannia — no premiere date other than 2017 so far. The original description for the series we had was: “8-part TV series that charts the Roman invasion of what would become Great Britain in 43 AD and the rise of iconic female warrior Boudicca.” 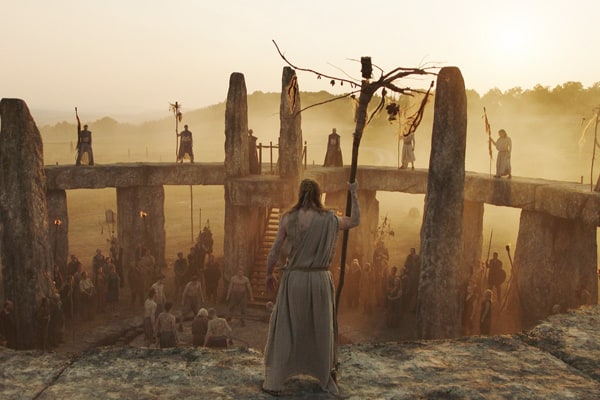 Well, they’ve filmed 10 episodes for the first season, and nobody on the cast list is playing Boudicca … yet. The description is currently:

Britannia is an epic drama set in 43 AD as the Roman Imperial Army — determined and terrified in equal measure — returns to crush the Celtic heart of Britannia — a mysterious land ruled by warrior women and powerful druids who can channel the powerful forces of the underworld. Or so they say.

Maybe we get a surprise Boudicca later? Dunno. With filming apparently in the middle of nowhere in the Czech Republic and Wales, all we have is the official photos, but let’s review. 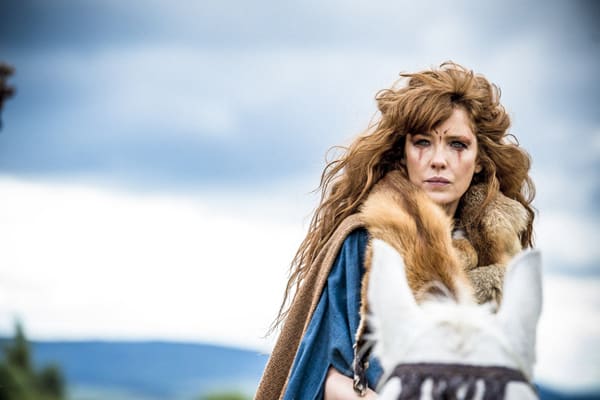 Britannia’s star looks to be Kelly Reilly as Kerra. She previously played Caroline Bingley in the 2005 Pride & Prejudice. 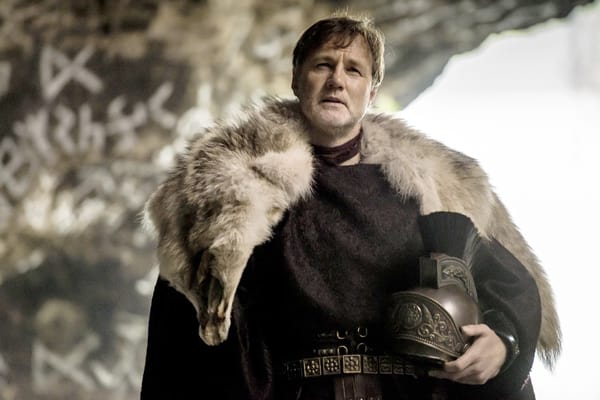 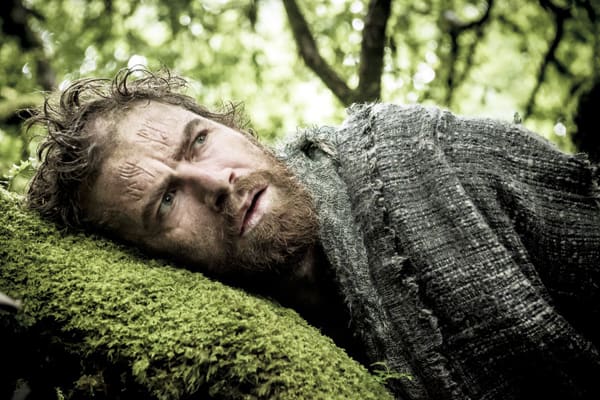 Nikolaj Lie Kaas is a Danish actor who I don’t recognize as having been in any major frock flicks.

OK, so the costumes aren’t going to give us much to talk about other than — like Vikings (2013-) — some possible WTFrock makeup and hair choices. I sense a lot of burlap sack styling, mud, and bog people fashion. The Last Kingdom (2015-) also took on early Britain, but in the 800s, so post-Roman and about Saxons vs. Danish invaders from the POV of a kidnapped boy. I guess the most I can hope for with Britannia is a female POV. As long as the series doesn’t go crazy with the witchy woman stereotype (series writer Jez Butterworth talks about “deep, heavy magic” in interviews), this might be interesting.