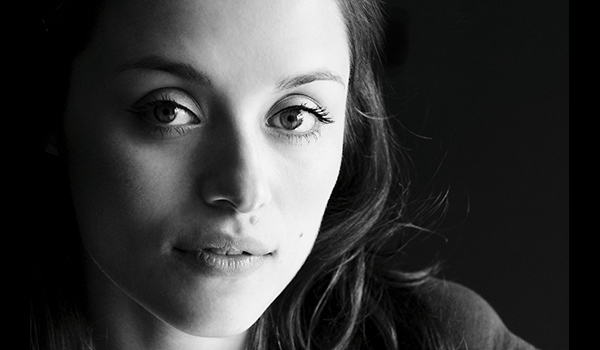 Zoë Tapper is an actress that I’ve started to notice more and more in period films and shows. Most recently, she’s played Miss Ellen Love on the fabulous and highly addictive series Mr. Selfridge, but looking back over the last 13 years, it appears she’s had quite a number of other roles worth mentioning. It is interesting to note that her roles tend to fall into one of two categories; she’s either a libertine whore or a highly repressed socialite. Make of that what you will, all I know is that I enjoy watching Ms. Tapper do her thing in all the pretty costume flicks.

Not the earliest debut of Zoë Tapper in a period film, but the earliest I could find actual pictures of online. I love this movie, pure and simple. Jenny is a prostitute in 1930s London. The Los Angeles Times called the series “a dreamy but gritty period drama, superbly acted,” if that tells you anything. On the brink of World War II, actress Diana Shaw pursues her career, surrounded by other members of her profession. Based on the series of 18th-century artist William Hogarth’s paintings, the film follows Mary Collins through her career as a London prostitute. Another quiet film adaptation of a Sarah Waters novel. Selina is an imprisoned mystic who charms upper-class lady Margaret into falling in love with her. I loved Zoë Tapper’s portrayal of Effie Gray in Desperate Romantics, mainly because she nailed the so-high-strung-she’s-practically-vibrating characterization of the highly oppressed Effie Gray during her marriage to John Ruskin. And some of the show’s best dialogue happens once Effie makes her break for it and throws herself into the inexperienced arms of John Everett Millias. Cheerful Weather for the Wedding (2012) – Evelyn

Haven’t watched this one, but it’s now on my list. Taking place in the 1930s, it’s based on the book of the same name and follows the ups and downs of a young woman on her wedding day. This show has a lot wrong with it. I mean, a lot. But the one thing it’s got going for it is Zoë Tapper as Milady. Mainly because of her costume. HOLY SHIT, WOULD YOU JUST LOOK AT IT??? FINALLY SOMEONE GETS 16TH-CENTURY VENETIAN RIGHT. WHY CAN’T WE HAVE COSTUMES LIKE THIS IN THE MOVIES???

Zoë also kept a blog about the production, if you’d like to nerd out more. Do you love Zoë Tapper? Tell us in the comments!