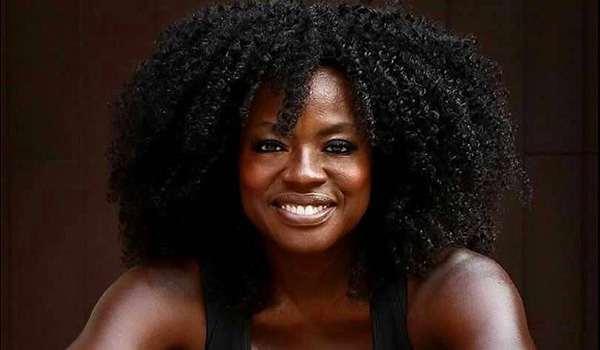 Viola Davis is such a bad-ass, and we’ve been lucky that she’s graced us with a few fine frock flick performances. Growing up poor, often without food, she’s made a name for herself in TV and film playing strong, fascinating characters. Now she’s the first African-American to earn Academy Award, a Primetime Emmy Award, and a Tony Award, and all but the Emmy were for historical costume dramas. She’s also won an Oscar, so if she manages to fit a Grammy in there she could be one of the rare EGOTs too. Recently, Davis has been lauded for her performance as the legendary blues singer in Ma Rainey’s Black Bottom, earning a Golden Globe award, Screen Actors Guild award, NAACP Image award, and nominated for a Best Actress Oscar. 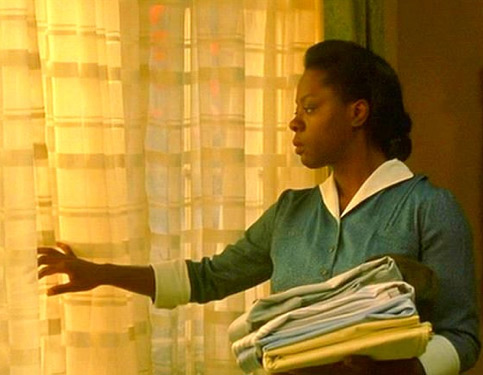 This was part of Davis’ breakout year in film, but still playing housekeeper to the main character & only hinting at her own rich life offscreen.

Talking to the Dallas Voice about the LGBTQ plot of this movie, Viola Davis said she loved the movie and felt it was a step forward for her and representation:

“I mean, the role was a maid. I’m done with the maids. But that was in the beginning of my career. I wasn’t really awoke then – not as awoken as I am. … I never thought that I had any power. I was just happy to have a job. But I think it’s important to be seen, it’s important to see your own images on the screen — and in a way that is honest.” 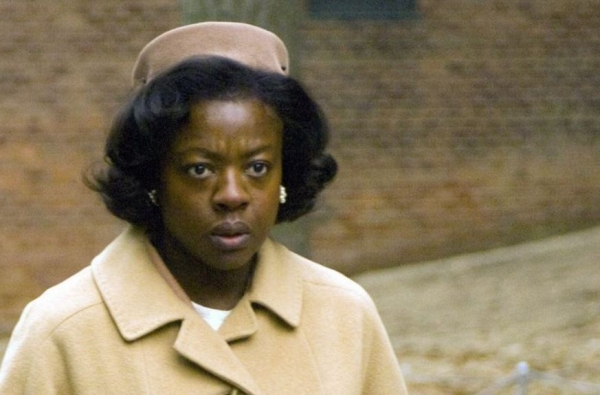 As the mother of a boy at parochial school, she gives a powerful performance with Meryl Streep in a few short scenes.

“When I first saw the cut, I remember I went back to my house and laid in bed for two weeks until my husband finally said, ‘V, you gotta get up.’ Doing that [crying] scene [with Meryl Streep in Doubt], it’s two people in absolute conflict. You’re not so aware of what you look like until the scene is done — it’s just two pit bulls in conflict with each other.” 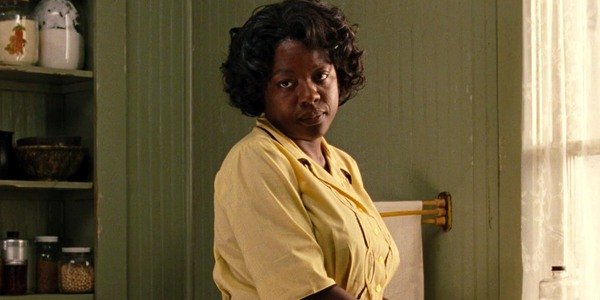 In several interviews Davis has said she regrets her role in this film, and in Vanity Fair, she explained: 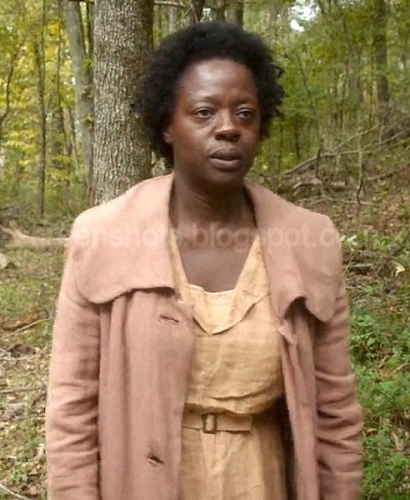 She plays James Brown’s mother in the 1930s.

This was the first time Davis worked with Chadwick Boseman, and she said to Cinemablend after he died:

“I played his mom, so I was always calling him my baby. I always sort of saw him like that. I probably would not have said that to him because he may have cringed. To work with Chadwick is to be in the presence of greatness, really. And I actually don’t see him tragically — I know he lost his life at 43 — because of what he did with the time he had.” 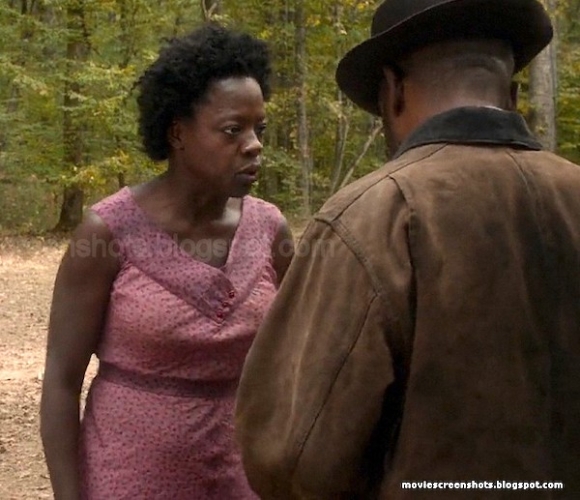 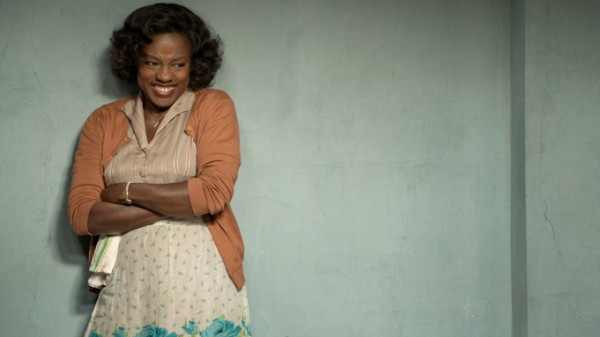 Davis won a Tony award on Broadway for this role.

Talking to NPR’s All Things Considered, Viola Davis said of her character:

“I just really wanted to create a portrait of a woman. … You see age has affected her, but you still see the smile; you see a little bit of the lipstick; you see a woman who is not downtrodden. It was very important for me to create an entire and specific portrait of a woman, so by the time everything is taken away, it really is taken away. You really feel the trauma … and I could have only gotten to that level if I would have had something to lose.” 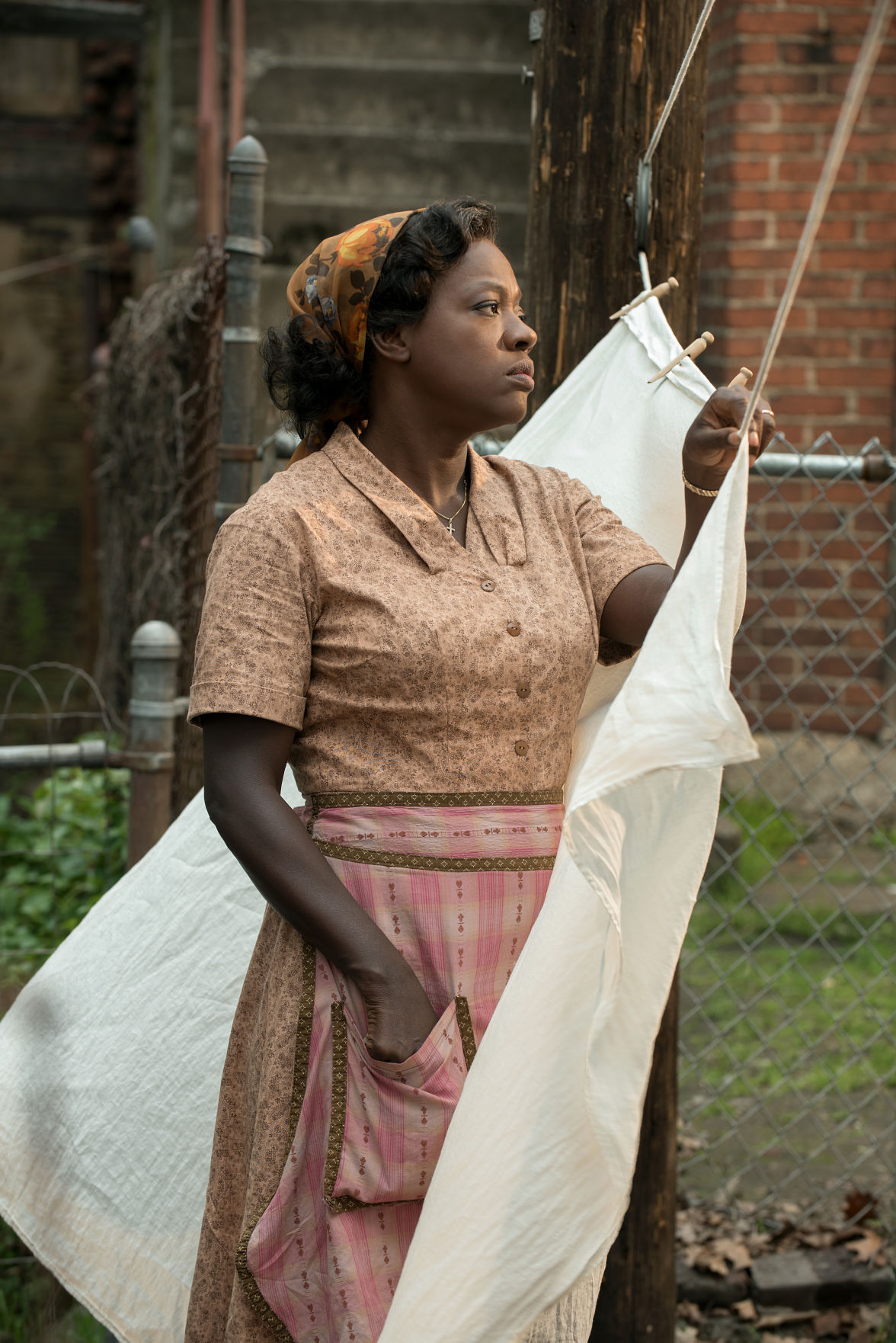 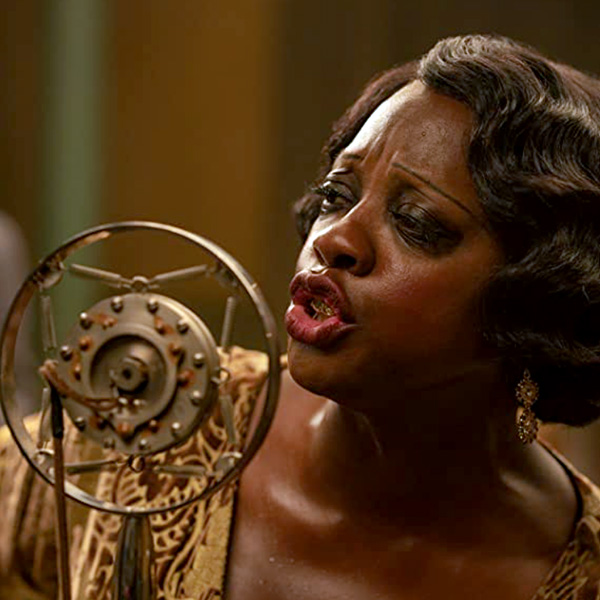 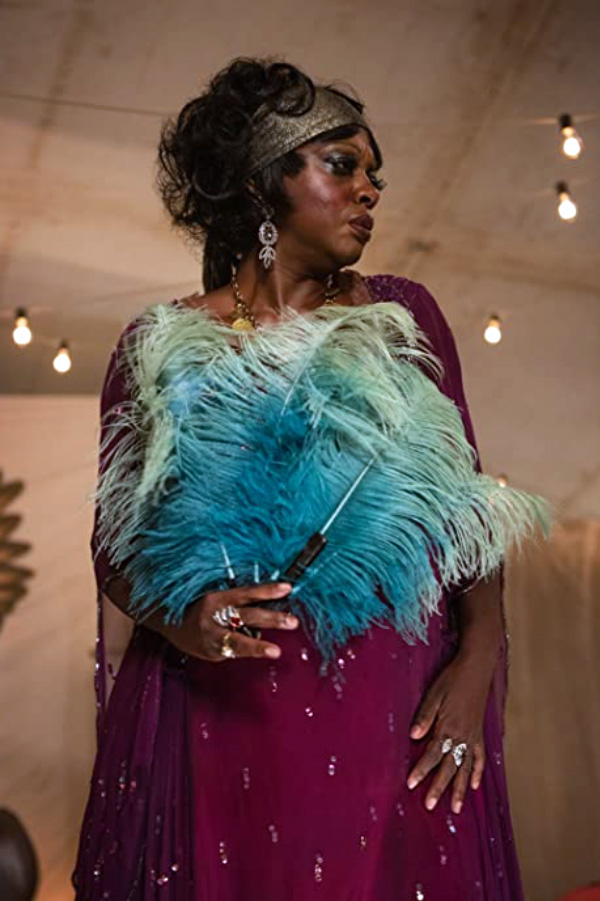 In an interview with AARP, Viola Davis said about Ma Rainey and why she took this role: 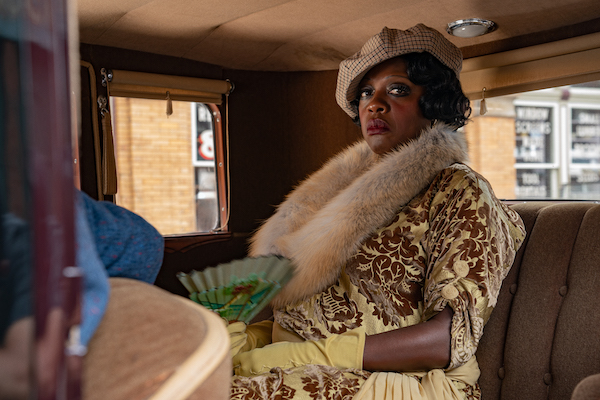 Michelle Obama in The First Lady

While way too modern for us to review, it’ll still be interesting to watch Davis portray this living First Lady in an upcoming anthology TV series.

Nanisca in The Woman King

Davis is the lead character and a producer on this story of an all-female military unit in the Kingdom of Dahomey, which was one of the most powerful African states during the 18th and 19th centuries. I CAN’T WAIT!!!