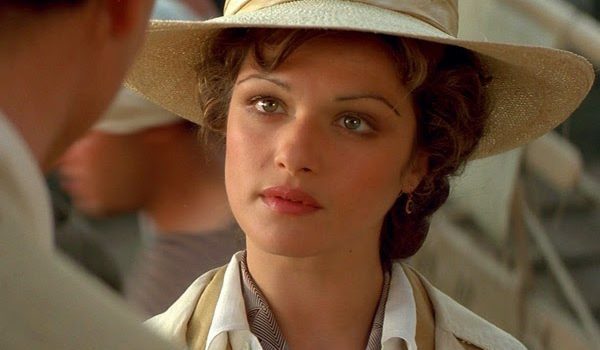 In my not-so-humble opinion, Rachel Weisz is one of the more talented actors around these days. She’s also stunningly beautiful, which helps my crush on her (I love her dark hair, pale skin, rosebud lips look). Not all of her forays into historical films have worked out perfectly, but she’s done enough — and is talented enough — to put her in my top five actress list. Let’s take a wander through her oeuvre, shall we?

This British miniseries was only her fourth screen credit. I haven’t seen it, and I hadn’t even heard of it until I went look for Weisz’s early career … which probably means it was terrible, but I’m tempted to track it down, because: Weisz. Ewan MacGregor in early 19th-century military uniforms. And the Borg Queen (Alice Krige). According to IMDB, the plot is as follows: “The story of an ambitious but impoverished young man who seduces women of social class in order to improve his own prospects.” Also, Wikipedia tells me it is “steamy,” which, sign me up. 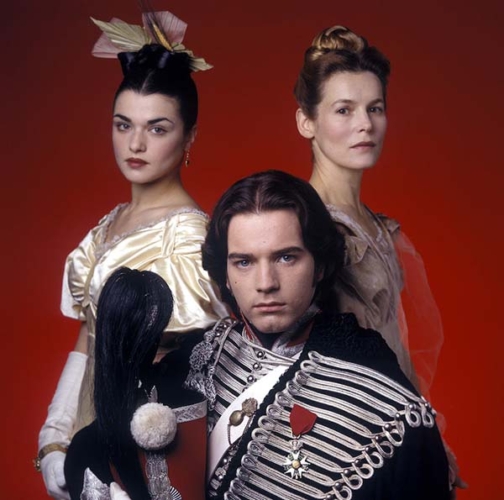 Maybe the story is really about Adam Ant joining the Borg? Because I would totally watch that.

This seems to have been the main attempt to turn Weisz into a Period Film Actress. Despite Weisz and French hottie Vincent Perez, this story was waaaaay too bleak and Victorian to succeed (it’s based on a short story by Joseph Conard). Weisz plays Amy Foster, a poor Cornish girl who is outcast by her family and town for unclear reasons. Perez is the Russian immigrant whose ship founders on the coast; everyone dies except him. The townspeople initially shun him, except for Amy, and the two fall in love … but (spoiler alert) he dies. Yeah. Not great. And since everyone is very rural/poor, the costumes are VERY much in the “serviceable” camp. 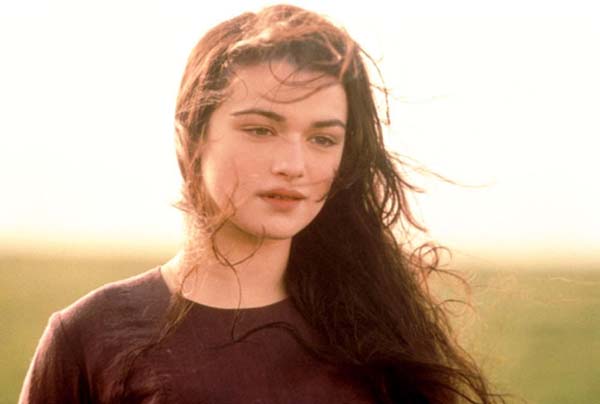 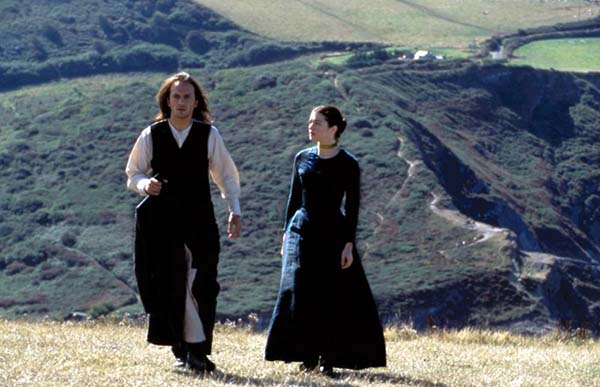 Weisz wears some variation of this basic black (1880s?) dress throughout the film. 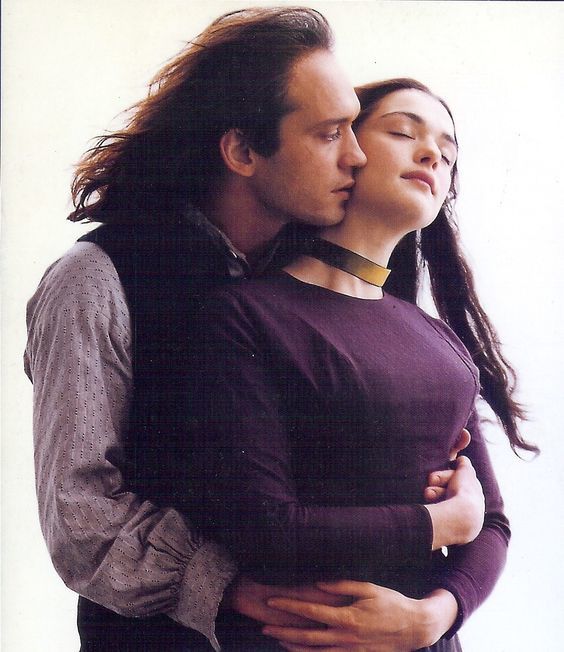 Proof that two hotties can’t save a total downer of a movie.

This is one of those movies (not to be confused with the more recent TV series) that grows on me the more I watch it. Three English girls join the Women’s Land Army during World War II. They’re stationed on a farm, where they pitch in, become besties, and get involved in one way or another with the farmer’s son. Weisz is probably the standout of the three main characters: she plays Cambridge University graduate Ag (short for Agapanthus), who is all brains and must learn about the physical (ahem) side of life. And you really can’t go wrong with cute 1940s uniforms and hairdos. 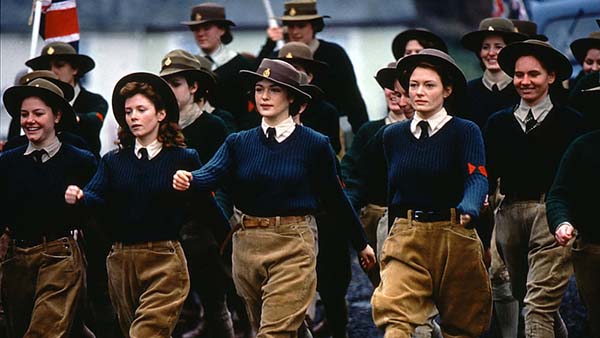 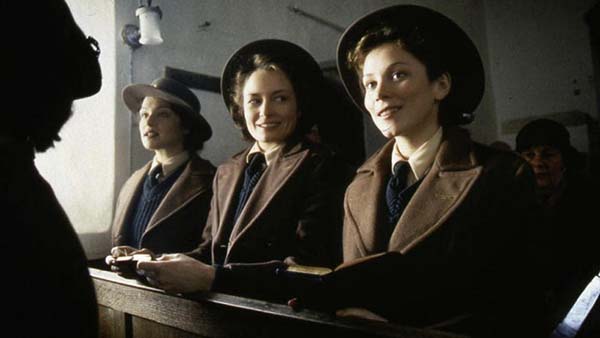 Weisz along with Catherine McCormack (Dangerous Beauty) and Anna Friel. 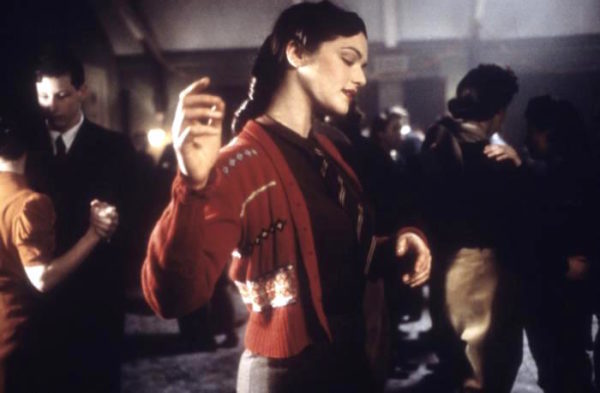 Ag learning about the less intellectual side of life. © Gramercy Pictures

One of those overly ambitious, arty films — three generations of men from a Hungarian Jewish family, all played by Ralph Fiennes. The first period is set in the 1890s with Fiennes and Jennifer Ehle; Weisz turns up in the next generation, during the 1920s, while the Fiennes character deals with converting to Christianity. It’s got some nice costumes, but it would be a better film if it didn’t try to cover so much time/so many characters. 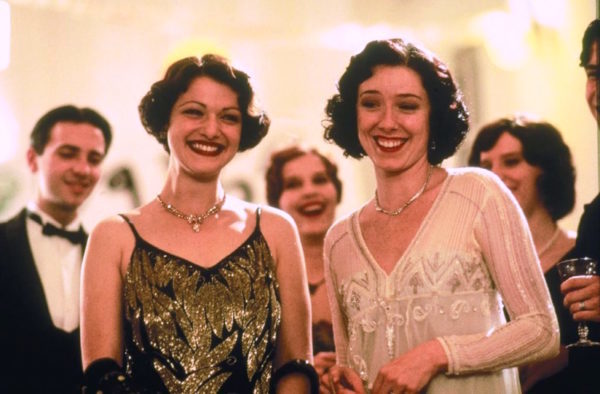 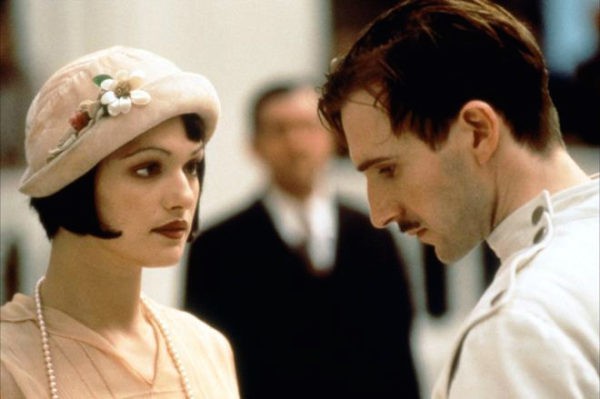 Can you remember why this movie was such a big hit when it came out? I can’t, except that it was both silly and adventurous and scary. But really, my one takeaway was how super cute Weisz was as a 1910s librarian adventuring around ancient Egypt, especially The Best Dialogue Ever:

Evelyn: Look, I … I may not be an explorer, or an adventurer, or a treasure-seeker, or a gunfighter, Mr. O’Connell, but I am proud of what I am.

Rick: And what is that?

Evelyn: I … am a librarian! 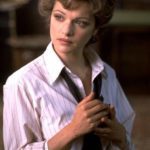 And hey, they made a vague attempt at 1910s costumes! 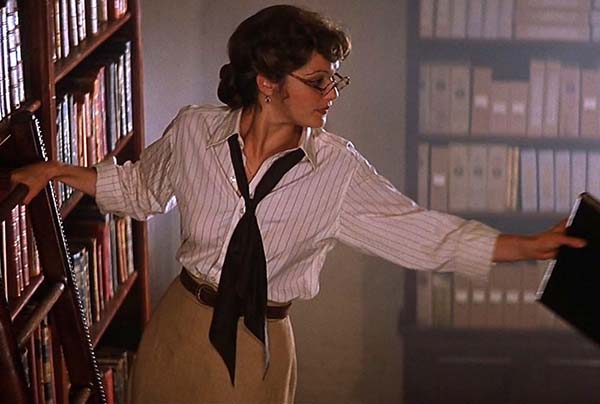 She was also in the sequel, The Mummy Returns, but my memory is that they made absolutely zero attempts at period-ish costume in that.

Weisz joins Jude Law and Joseph Fiennes in this movie about the epic Battle of Stalingrad (1942-3) from the perspective of the Russians. There’s lots of communist and military uniforms and sniper-ing, but all you really need to know is there’s a H.O.T. scene where Weisz shags pre-hair implants Jude Law in the midst of a gazillion sleeping soldiers. 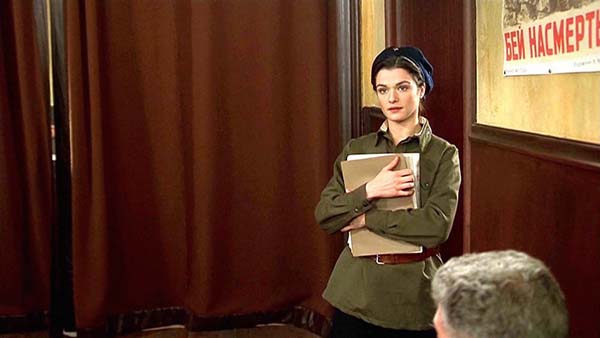 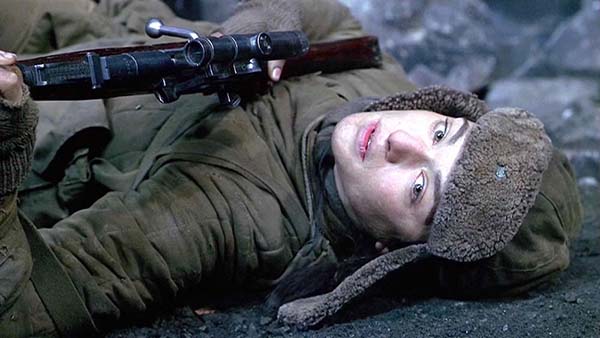 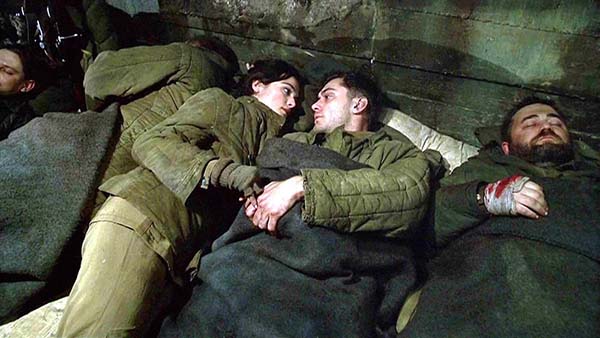 I always feel like I SHOULD watch this film, because Weisz plays Queen Isabella of Castile … but then I remember that she and co-star Hugh Jackman also play a modern-day scientist and his wife, as well as a futuristic space traveler and his lost love. And I look at the 16th-century-ISH costumes and think, “meh.” Let me know if you loved this, or if I’ve made good life choices. 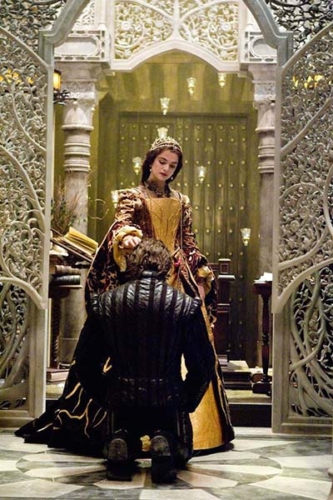 I like the idea of Weisz as Queen Isabella! 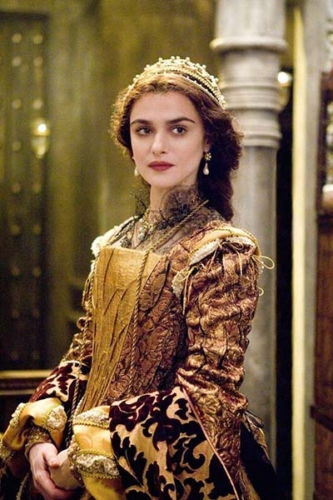 But why is her costume a mash-up between 16th century and Lord of the Rings? (And that bustline — shudder).

Damn, this was good, and you know I mean that because the costumes aren’t the least bit shiny! Weisz plays ancient philosopher and general badass Hypatia during the destruction of the Library of Alexandria. Her performance is incredibly gripping as an incredibly brilliant and self-actualized woman, and the world-building (especially the locations and sets) are really mesmerizing. See it! 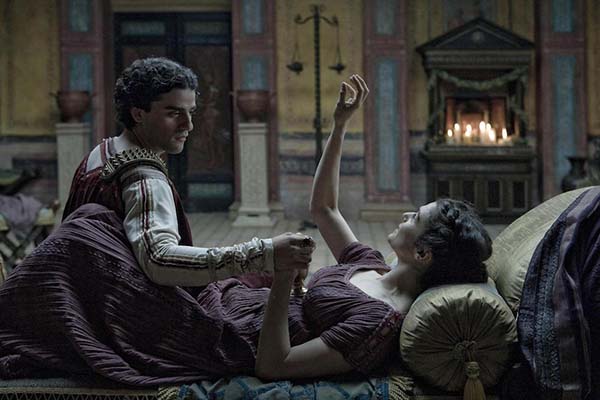 Hypatia doesn’t have time for love, she’s too busy being Smart as Fuck! 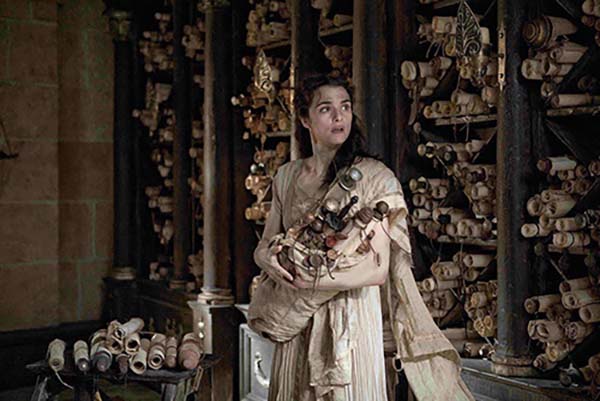 She helps save many of the Library’s works! 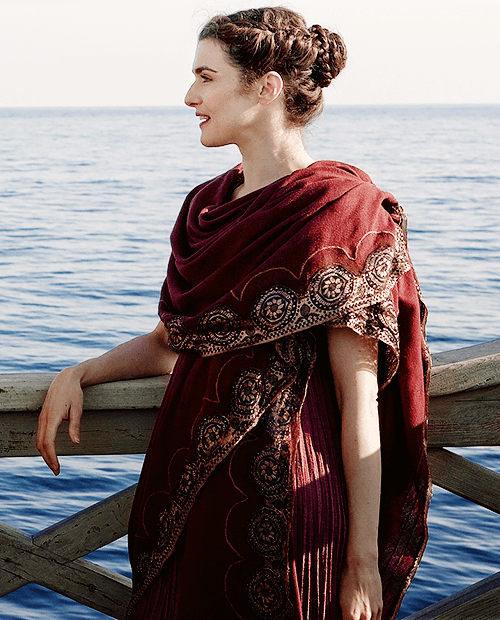 The costumes aren’t shiny, and I can’t tell you anything about their accuracy, but I generally liked them aesthetically.

Whatever you do with your life, do not waste two hours of it watching this INTENSELY DEPRESSING movie. And I don’t mean depressing in a tragic, dramatic way. I mean a woman who is into a guy who is terrible for her, who knows it but still lurves him anyway, and then sits around for hours chain-smoking and waiting for him to show up in 1950s London. I’d rather stick a fork in my own eye than watch this ever again, despite the usually fabulous Weisz and Tom Hiddleston. NEVER AGAIN. 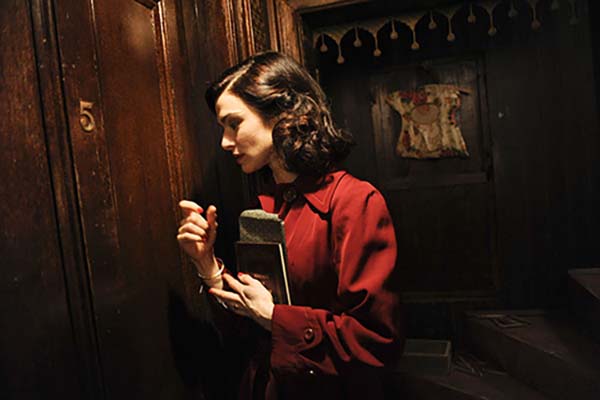 You think the hair and red coat look promising, don’t you? 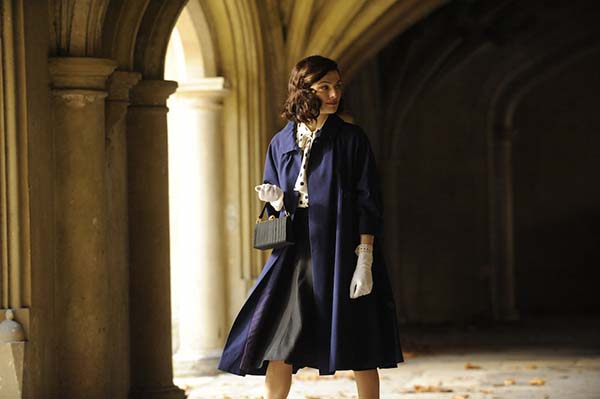 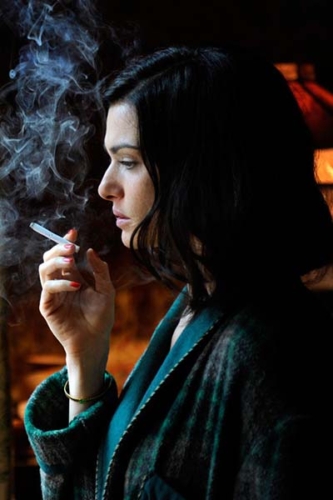 If watching depressed people chain smoke for two hours while marinating in their fuck-ups gets you off, by all means.

The Light Between Oceans

It’s not super costume-y, but the trailer looks good! Plus, bonus Michael Fassbender. 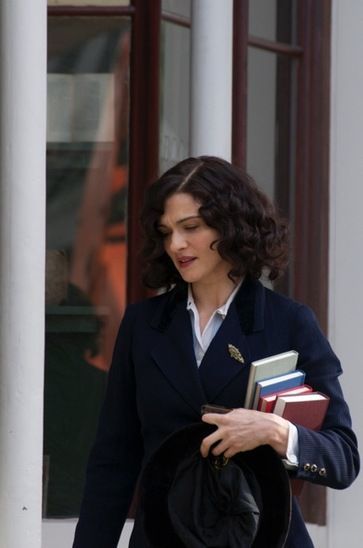 This is the one I’m SUPER excited about! Nothing has been confirmed yet, and shooting hasn’t started, but supposedly Weisz is going to play Sarah, Duchess of Marlborough (1660-1744), favorite friend (and possible lover) of Queen Anne … with Emma Stone as her political rival Abigail Masham. PLEASE LET THIS HAPPEN. Please let there be fontange caps and mantuas!