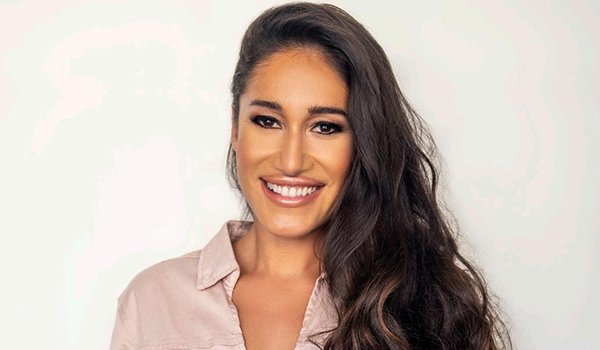 Q’orianka Kilcher’s breakout role was Pocahontas at age 14, and she’s been cast in roles portraying Native Americans ever since. Her own heritage is mixed, with a Quechuan-Huachiperi Peruvian father and Swiss-German American mother. Kilcher was raised in Hawaii, where she studied  Tahitian dance and performed professionally, as well as studying classical voice. Along with acting, she’s a human rights and environmental activist, and she’s spoken at Amnesty International and United Nations events. She was even arrested (along with her mother, a lifelong activist) for protesting in front of the White House in 2010. Currently, she has a recurring role in the contemporary western drama Yellowstone, headed by Kevin Costner, and she co-stars in an upcoming modern comedy movie with Channing Tatum.

In an interview with Remezcla, Kilcher said:

“I’m proud to be indigenous. I’m proud whenever I can represent an indigenous woman in a film. I feel as an artist, it’s my responsibility to continuously help pave the way and push the boundaries and break down those barriers within society and within Hollywood of how indigenous people are portrayed on film.”

Let’s hope she gets more roles of all kinds, including more frock flicks for us to enjoy! Talking to KPBS, Kilcher noted how the difference between the Native American and English costumes helped her get into character:

“The first time I tried my corset and shoes on I actually had them tie my corset extra tight and put my shoes a size too small to feel the constriction of the way I imagined Pocahontas to feel because she never wore those things before and it was really heartbreaking for me because I felt like a caged bird and so constricted from being free and to think Pocahontas went through that it was amazing and sad at the same time.” In LatinoBuzz, Q’orianka Kilcher explained why this role was important to her:

“Princess Ka’iulani’s story does not only give us an insight into an important and often forgotten dark chapter of Hawaii’s history, but it also is a story of courage and hope and her life and plea for her people carries a message of absolute contemporary relevance in the context of the issues still faced by many of the 360 million indigenous peoples around the world who are struggling until this day for dignity, self determination and cultural survival.” A miniseries prequel to Peter Pan, where Kilcher is in the fantasy part, but I’m including it since the story is technically Victorian. “This has been the most challenging role I have ever taken on. Te Ata had such a rich background. I have been needing to draw on my years of dancing, playing Native American flute, of singing, of storytelling, of all those different things. At first, it was really scary, because it is a beautiful but challenging role to depict all of these different stories and really do it in an authentic way.” Click the title link for my review & watch this on YouTube! It’s amazing how much is packed into this short piece. In Remezcla, Kilcher said of this western:

“There are underlying notes throughout the film that are very relevant today. We need to start focusing on the things that bring us together rather than the things that divide us. We need to realize at the end of the day we’re all brothers and sisters and we’re all related. We all live on this beautiful, blue planet. [Hostiles] shows the beauty of nature, but also the destruction done by man.” In a Slate podcast, Q’orianka Kilcher describes getting cast for this role:

“My character that I play, her name is Mary Palmer, and in the book she is written as blonde hair and blue eyes. And they ended up casting me in it. Not once did they have me wear a little dream catcher earring or something to hint that I’m Native American or anything like that, I was just a person and that was so great because oftentimes I find if you are getting a role or doing a role, it’s the stereotype of something. Specifically, Native Americans, we’re not relics in a museum. We are doctors, we are taxi drivers, we are all sorts of different things.” Set in 1969, this episode tells about the Native American occupation of Alcatraz Island, which set a new precedent in U.S. federal Indian policy.