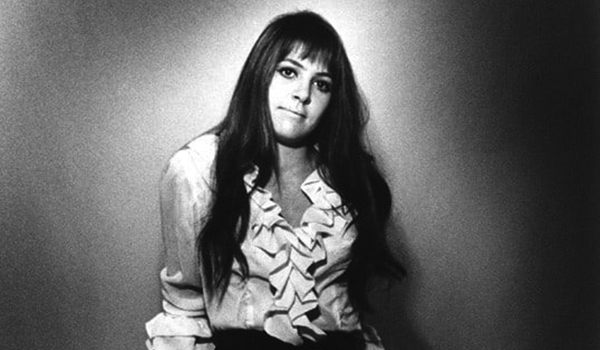 I first noticed Penelope Wilton as Harriet Jones, MP, in Doctor Who, where she was smart and funny and had a great storyline through a couple seasons. Then she showed up in Downton Abbey as an excellent foil for the Dowager Countess, and finally I started noticing her everywhere in frock flicks. Like many British actors, she started on the stage and has performed a fair amount of Shakespeare, plus roles in most any British TV show you can imagine. At age 75, she’s still acting in film and TV, so let’s give Dame Penelope Wilton her WCW due!

Kind of adorable here in a post-WWI period TV series. 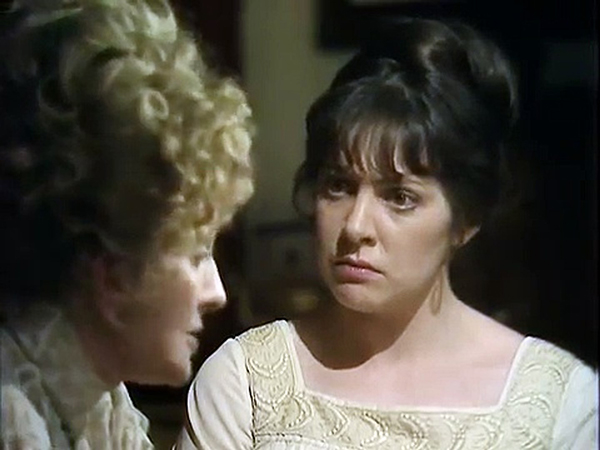 Playing the modern young daughter in this George Bernard Shaw play, written in 1893. 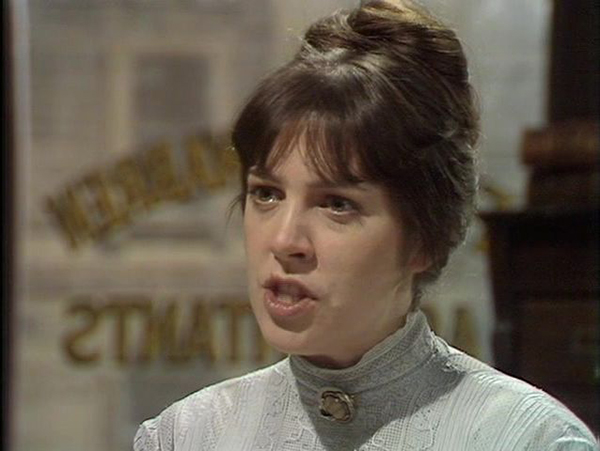 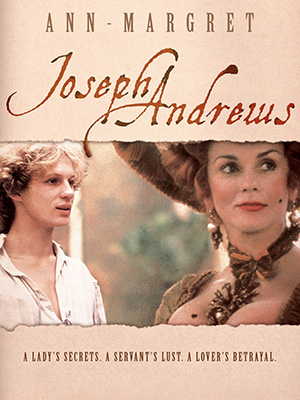 Must be a small role in this film, because she’s not any of the ostentatious ladies pictured anywhere. 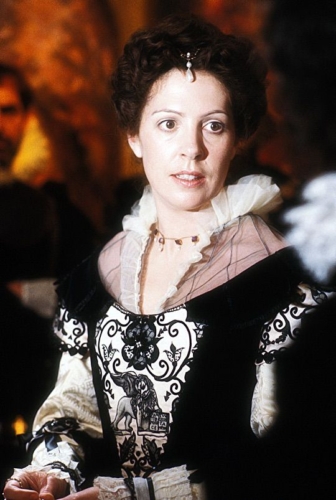 Part of the BBC Television Shakespeare series, & OMG I love this costume with the Venetian winged lion on her gown! 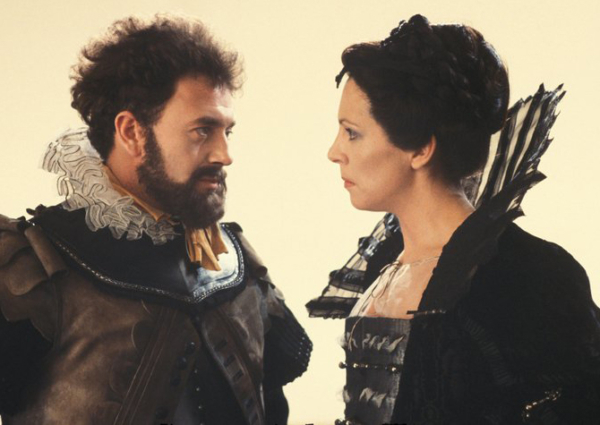 Also part of the BBC Television Shakespeare series, here shown with Michael Kitchen as Edmund. Penelope Wilton previously played the same role in the 1975 production for the BBC’s Play of the Month series, but I couldn’t find any screencaps. 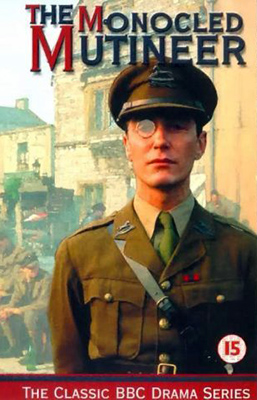 Wilton played a real-life socialite who volunteered during WWI in this TV miniseries, but alas, no pix. Just being a completionist here! 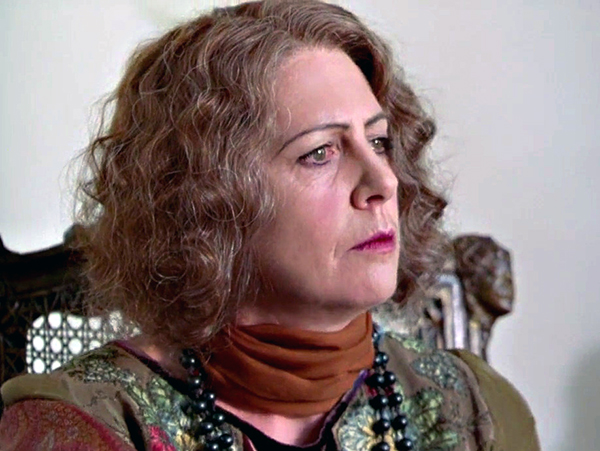 Another real person, Lady Ottoline was a society hostess among the Bloomsbury set. I should give Carrington a rewatch because I just remember it as being sad but Ottoline’s parties were pretty fabulous. 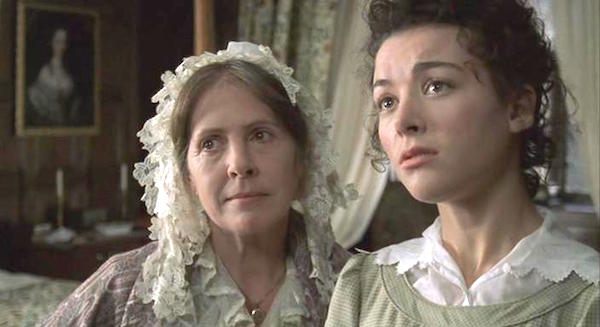 See, she shows up everywhere! 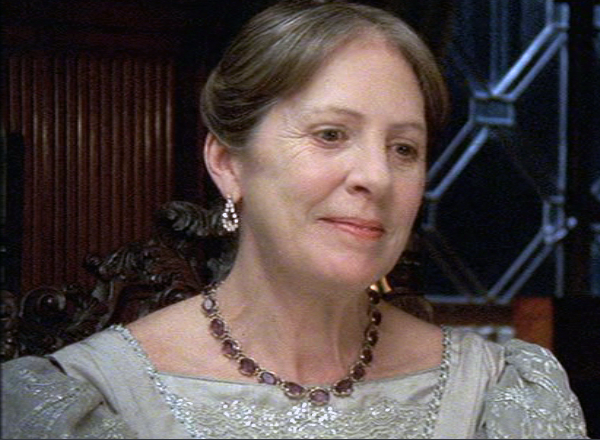 Delfina / Paulina in The Strange Case of Delfina Potocka: The Mystery of Chopin (1999) 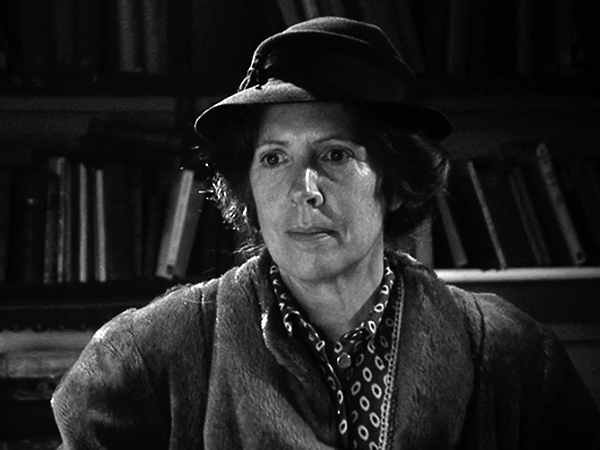 This odd flick is set in 1945 with Wilton’s character trying to uncover info about Chopin. The 1940s part is all in black & white, but there are color flashbacks to the 1840s. 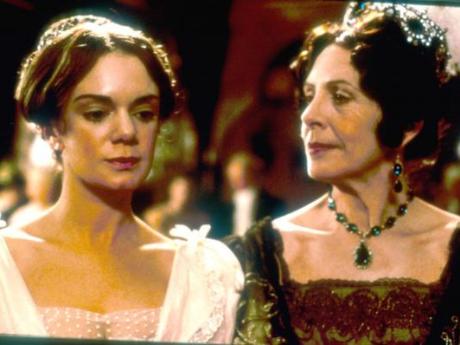 I rather enjoyed this Queen Victoria biopic, & Penelope Wilton makes a good turn as the Duchess of Kent. 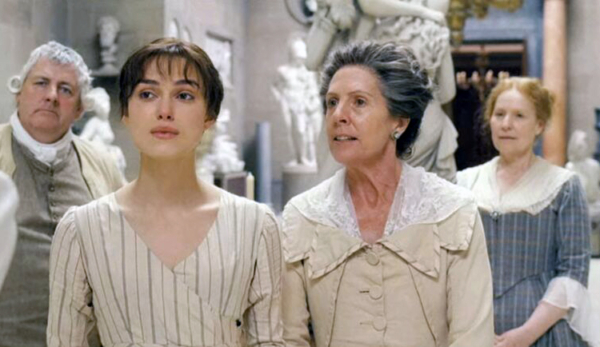 I’ve blocked out everything from my one unfortunate viewing of P&P&Pigs. But I like Wilton’s van-dyked collar here. 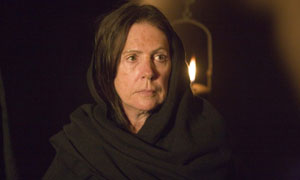 Mary, as in “Mother of God,” I guess? This pic doesn’t strike me as “Magdalene.”

Carrie Louise Serrocold in Agatha Christie’s Marple, “They Do It With Mirrors” (2009) 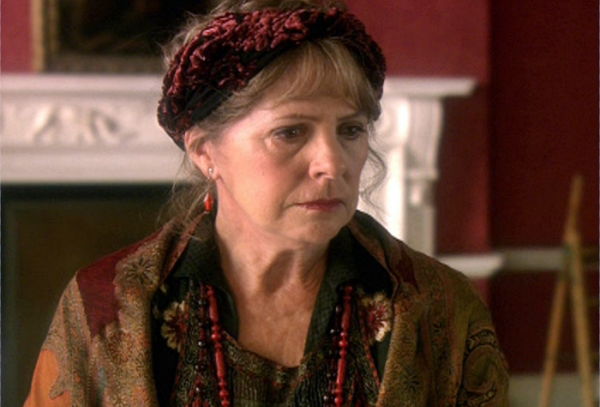 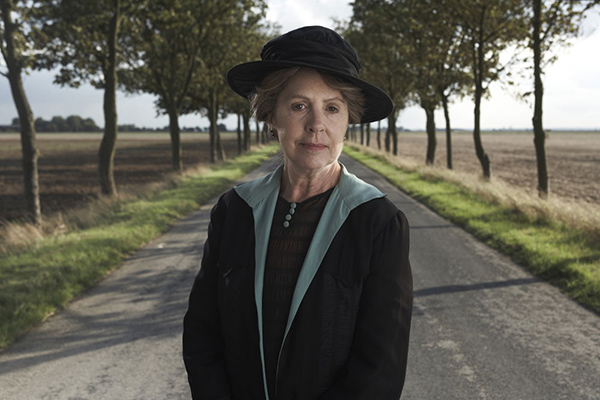 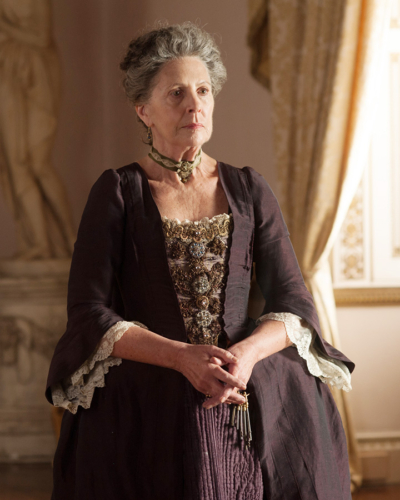 Spinster, but make it fashion. 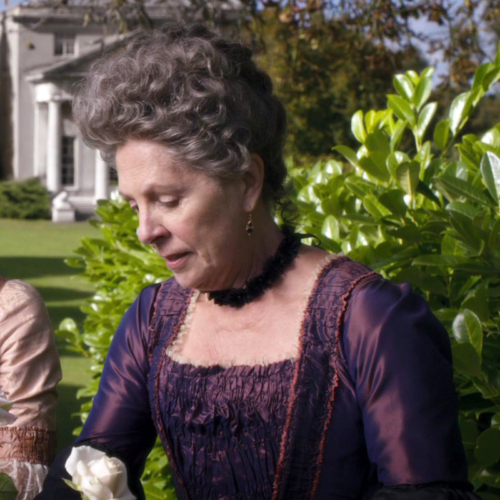 She takes this small role & makes it perfect. 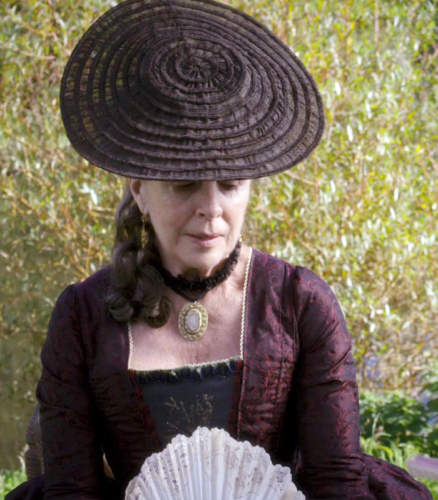 Also, I neeeeeeeeeeeed this outfit. Please! 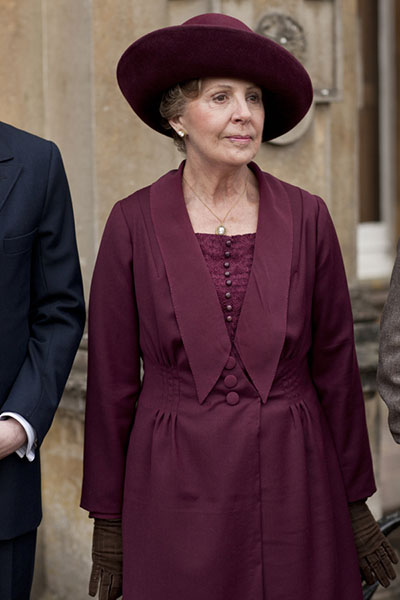 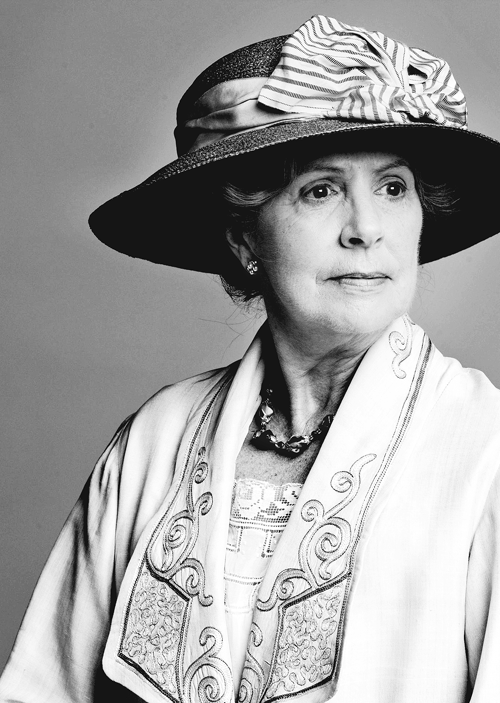 She wears a hat well. 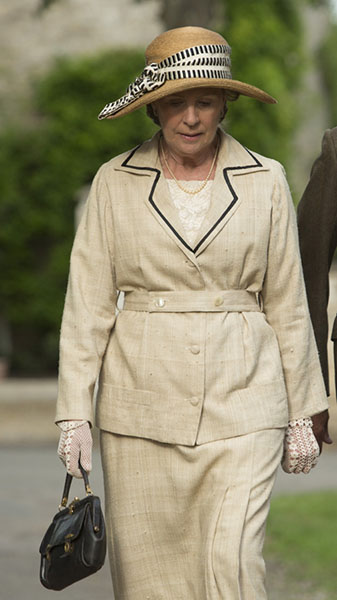 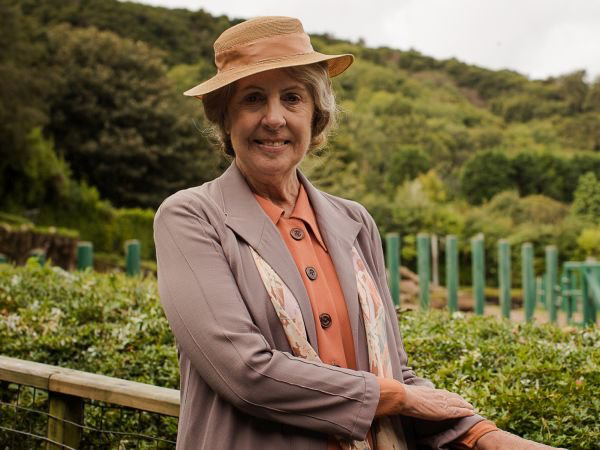 Set in 1941 & loosely based on the real Denise Austin, who was Belfast Zoo’s ‘Elephant Angel’ & hid an elephant in her yard. 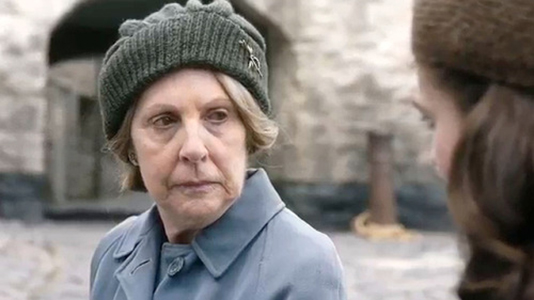 Part of the secret “book club” in this mild WWII-period romance. 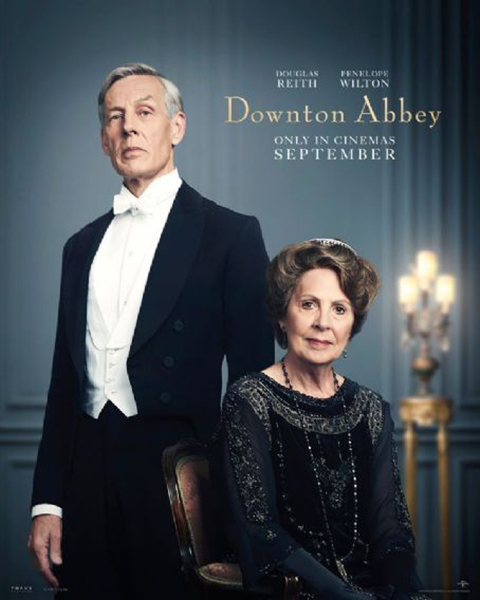 A bit glammed up for the big screen now that she’s a titled lady! 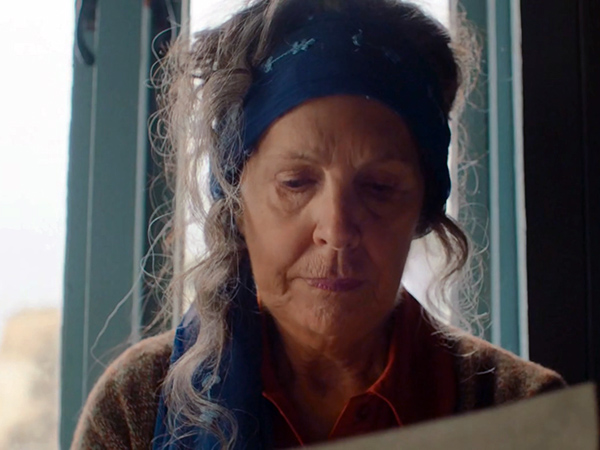 OK, as “Older Alice” she’s not in the 1940s part of this flick, but I haven’t seen it yet so I’m not sure what the actual date of her flash-forward part is.