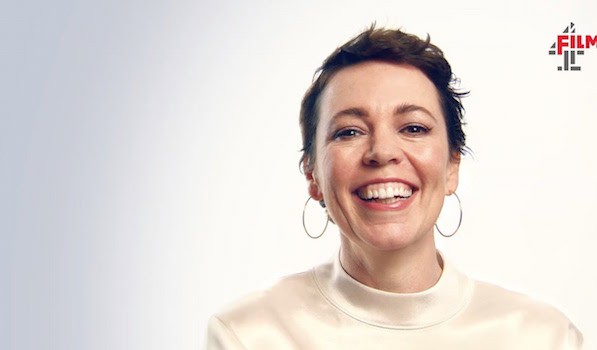 Olivia Colman will always be Sophie from modern-set British comedy Peep Show, as well as a regular guest star on all the Mitchell & Webb sketch shows. But she’s doing more period film these days, and she’s SO GOOD and up for an Oscar as Queen Anne in The Favourite! She also just seems like a genuinely nice person — if you’re a fan, be sure to check out her recent episode in the genealogy documentary show Who Do You Think You Are (British version, you can find the episode on YouTube). Editor’s Note: She’s also the first guest in the podcast ‘David Tennant Does a Podcast With’ — download it wherever you prefer finding podcasts! The queen we know as Queen Mum, not Elizabeth II. The Suspicions of Mr. Whicher: The Murder in Angel Lane (2013)

A series of TV movies about an 1860-ish Scotland Yard detective. In this one, Olivia plays a wealthy lady. Wow, a decent number of accessories and historically accurate hairstyle! But I shockingly LIKE this dress, which is rare for me with mid-Victorian.

As a late 1960s wife who leaves her husband to find herself. As Ethel Le Neve, the mistress of a 1910 doctor who murdered his wife. NO idea what’s up here. That hat! “HELLO I AM GERMAN!” As Queen Anne of England (reigned 1702-07), who is involved with two royal favorites: the established Duchess of Marlborough and upstart Abigail Masham. Colman just won the Golden Globe for this role, and is a strong contender for a Best Actress Oscar. Being reinforced for riding. She’ll be playing Madame Thénardier, an unscrupulous innkeeper’s wife who raises ingenue Colette as a child, in the non-singing BBC miniseries. She’ll be playing Queen Elizabeth II in the upcoming season, replacing Claire Foy who played the younger version of the same character. Yep, spot on with the hair and jacket/dress combo! What’s your odds on Colman winning the Oscar for The Favourite?