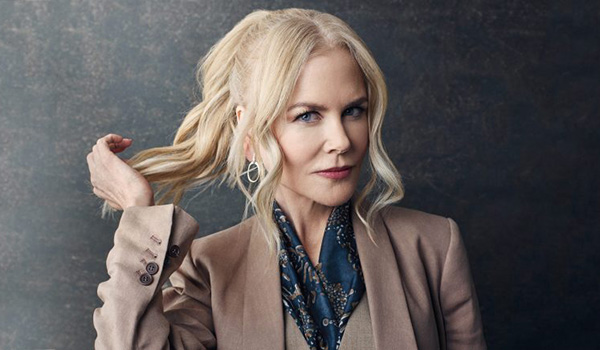 Nicole Kidman is a superstar with roots in frock flicks. She’s traditionally beautiful and glamorous in modern clothes but also looks proper in period garb. From romances and musicals to Oscar-bait drama, she’s done it all and has no sign of stopping! 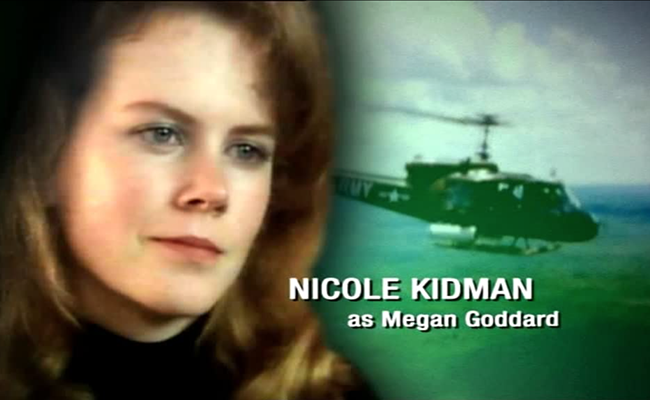 Kidman did a lot of Aussie TV when she was starting out, but I’m only including this miniseries set in the late 1960s through early 1970s as representative of that work (because finding screencaps, ugh). 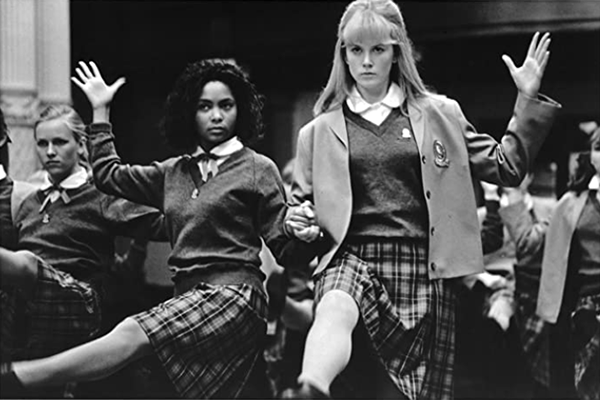 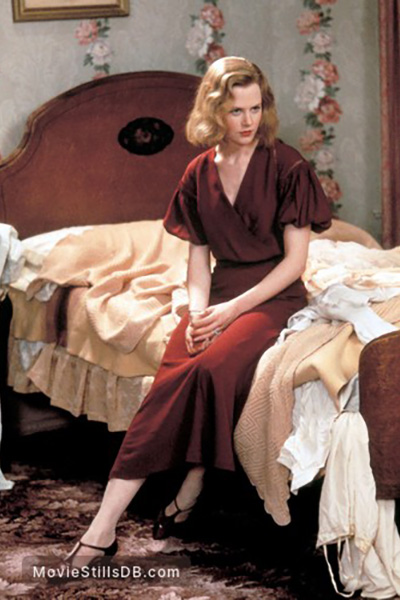 One of her early Hollywood movies, here set in the 1930s. 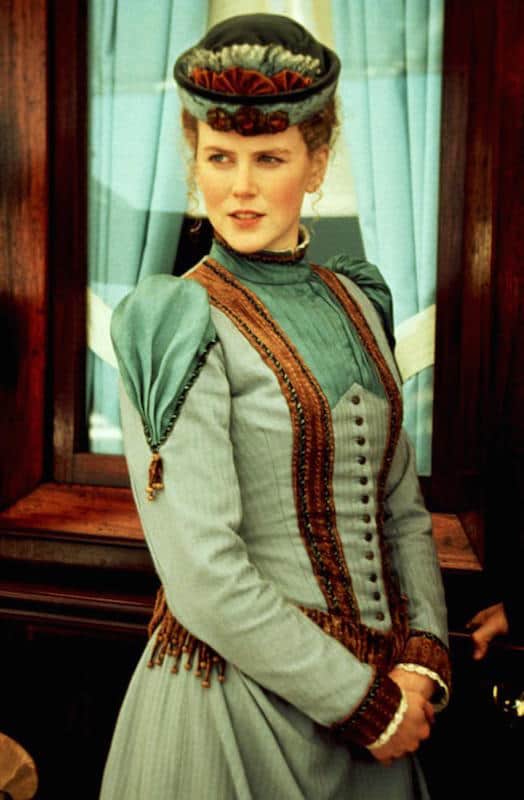 One of Kendra’s cheesy faves, and at least the costumes aren’t bad! 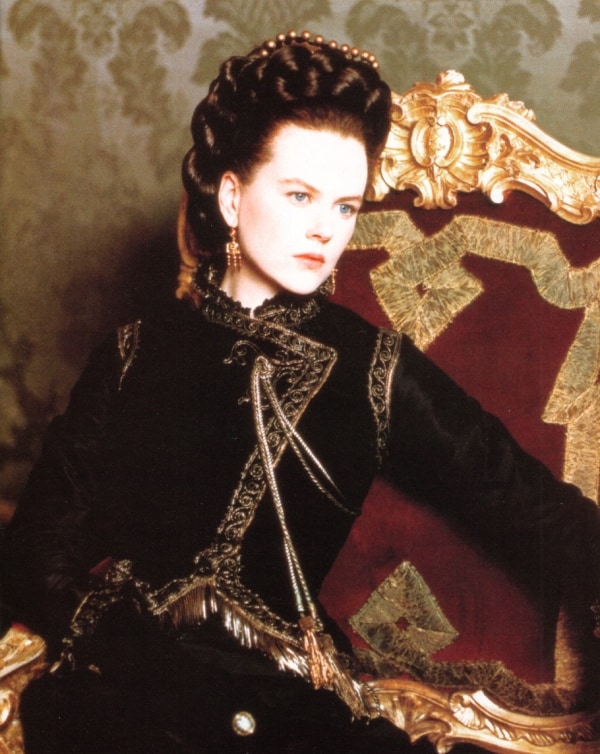 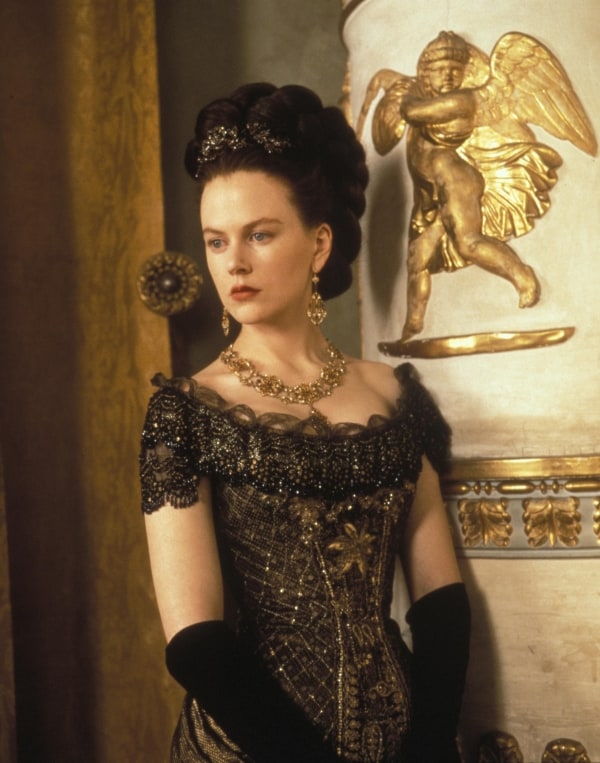 But the story is super depressing in a sad-creepy way. Kidman does an admirable job, but the source material is just, whoa!, dark. 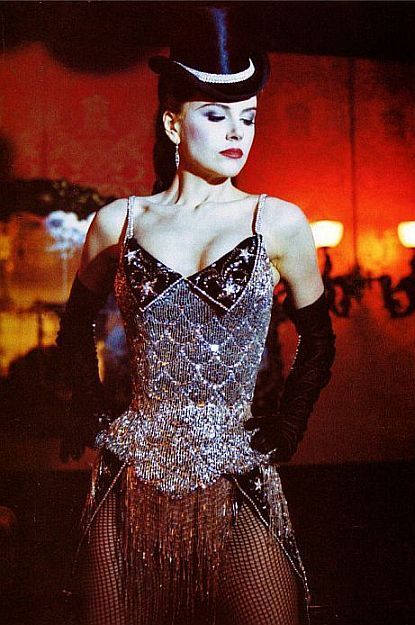 A love-it-or-hate-it movie and yeah, it’s very period-esque than truly historical. But the visuals are pretty amazing in their own way. 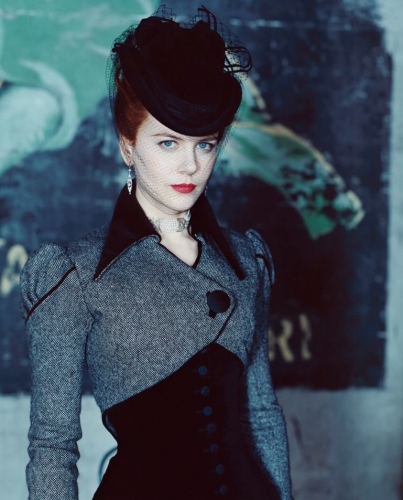 She broke a rib while rehearsing a dance routine for Moulin Rouge!, which halted production for a while. 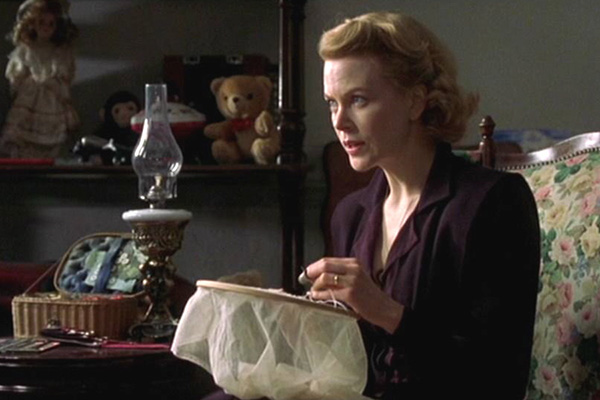 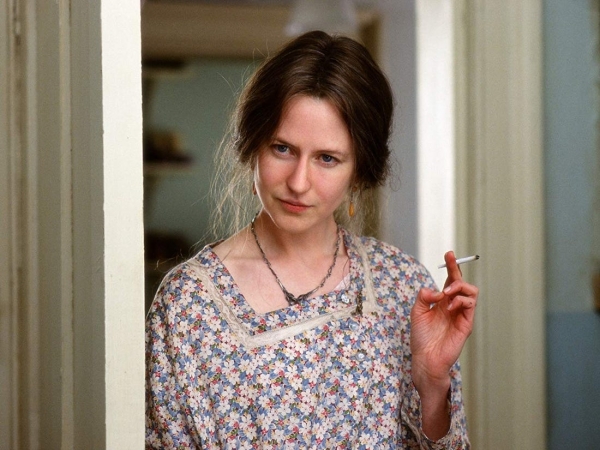 Nicole Kidman’s one Oscar-winning role so far. She wore a prosthetic nose to get Woolf’s unique look. Then she kept the nose and wore it in public to avoid paparazzi during her divorce from Tom Cruise! 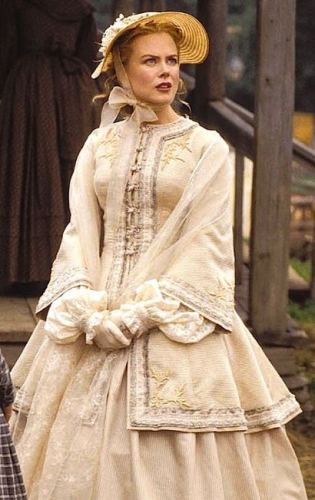 The movie that launched a thousand Simplicity patterns! 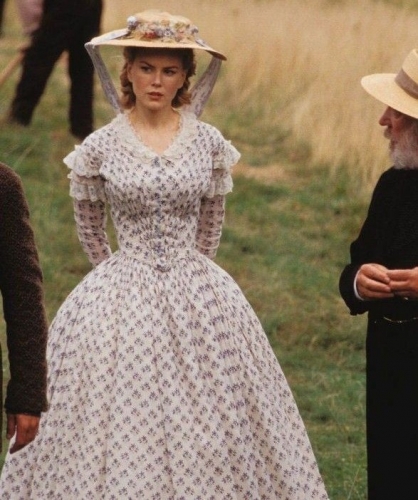 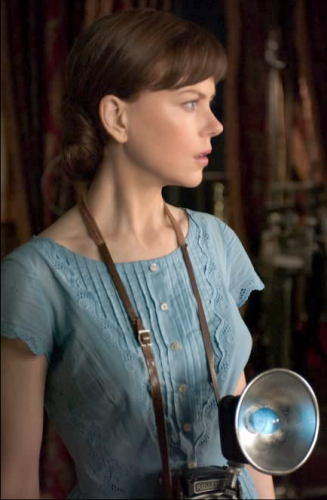 And then she goes all art-house! 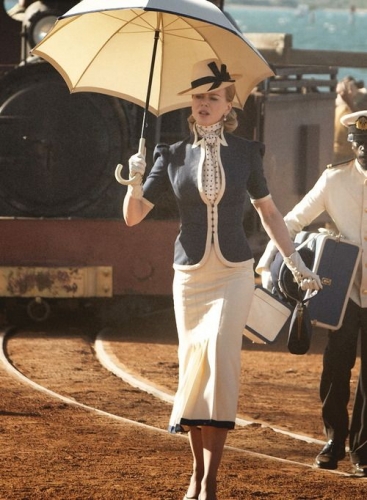 Lovely costumes in parts of this try-hard sweeping epic. 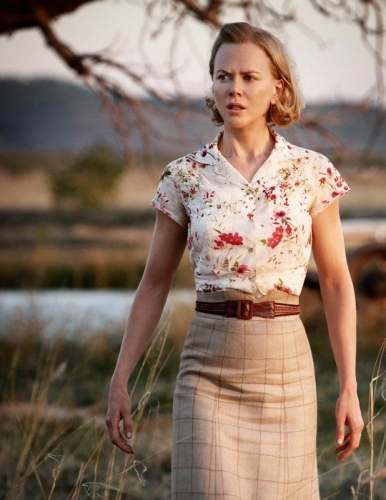 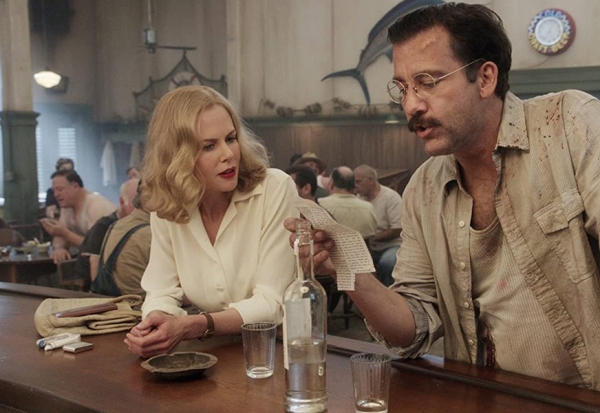 Nicole Kidman said of this role:

“I knew nothing about Martha, but I’ve always been drawn to unique women who are willing to take on the world. The exciting thing about this film is that you see her discovering her nature. At the beginning, she’s a lot of talk. She knows that she’s either got to get her hands dirty and become what she pretends to be or she’s a fraud. In the end, Gellhorn out-Hemingways Hemingway.”

A pretty, yet sometimes improbable version of the Princess of Monaco’s early life.

Biopic of Gertrude Bell, an early 20th-c. Englishwoman who explored in the Middle East. 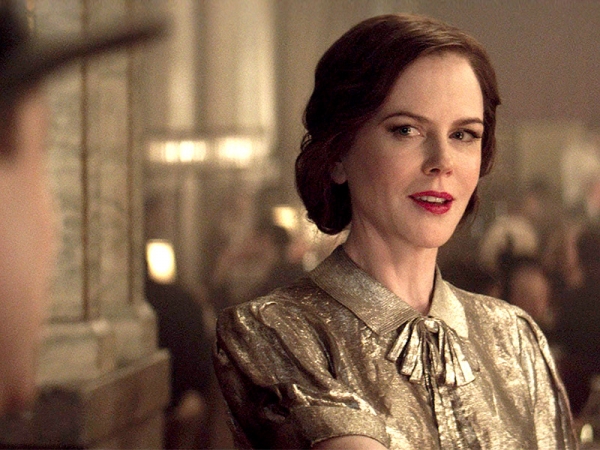 Playing a theater designer in the 1920s whose lover was novelist Thomas Wolfe. 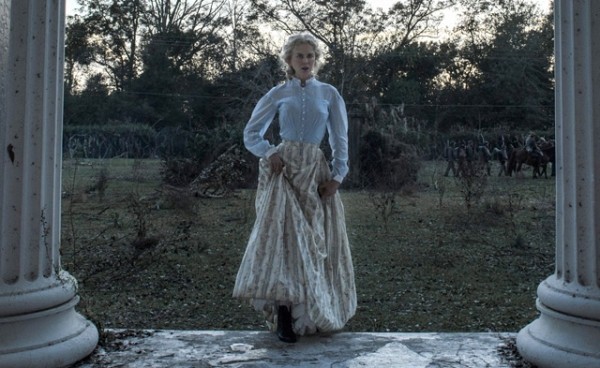 As head of a Southern boarding school during the American Civil War (without hoop skirts, alas). 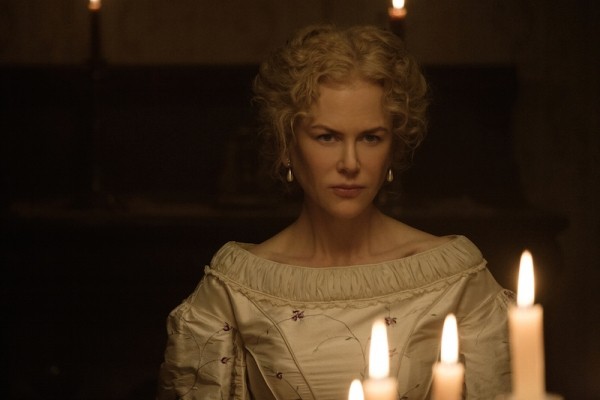 Queen Gudrun in The Northman (filming)

While Nicole Kidman has been doing a lot of TV recently, she’s also working on a “Viking revenge saga” that’s set in Iceland during the 10th century. Maybe we’ll make Sarah review that one!