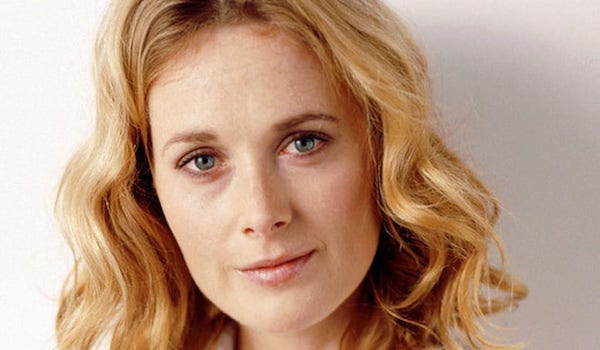 As Fanny Robin, a destitute mother who dies tragically in the Thomas Hardy novel. 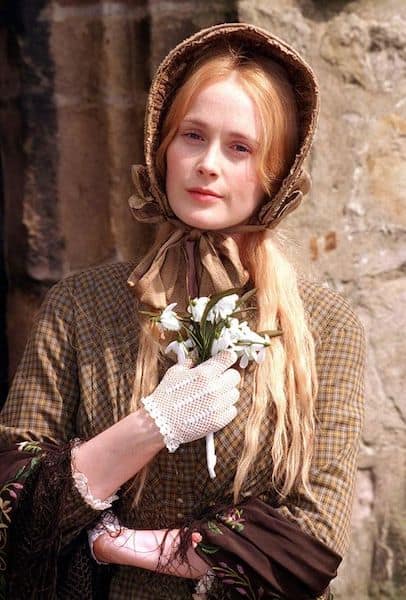 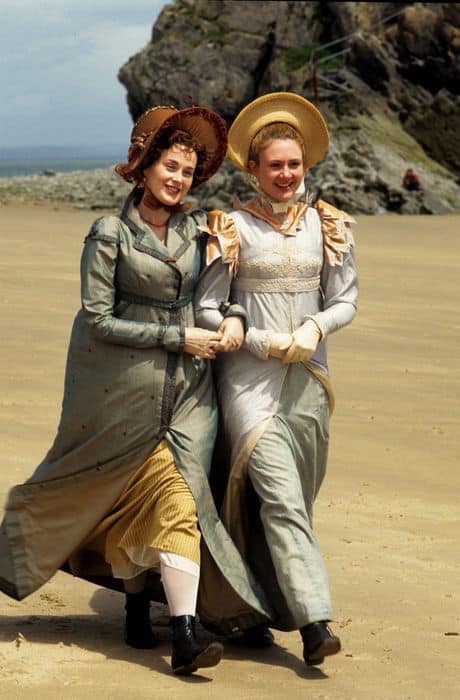 This production was very well costumed! 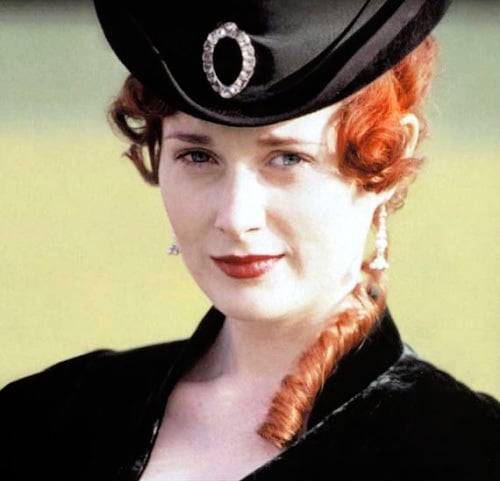 Becky is ALL bitchy glam. 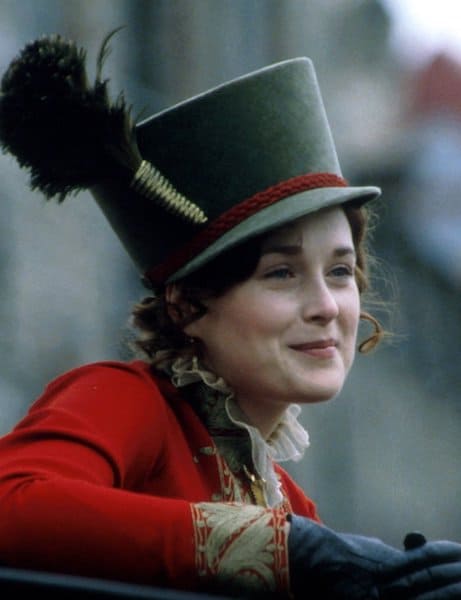 As the ingenue in this adaptation of the 1766 stage play. 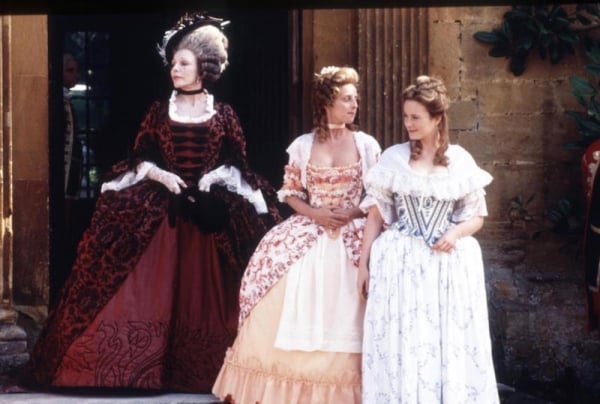 They did some weird things with prints in this thing. 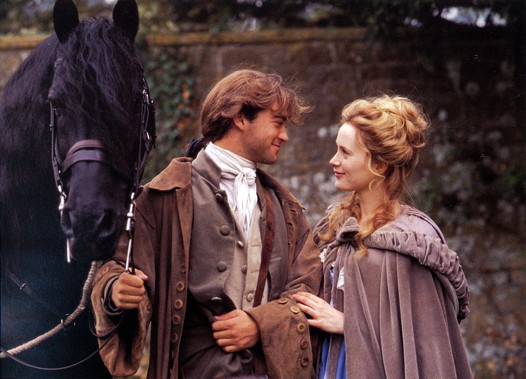 She needs a curling iron, he needs some pomade. 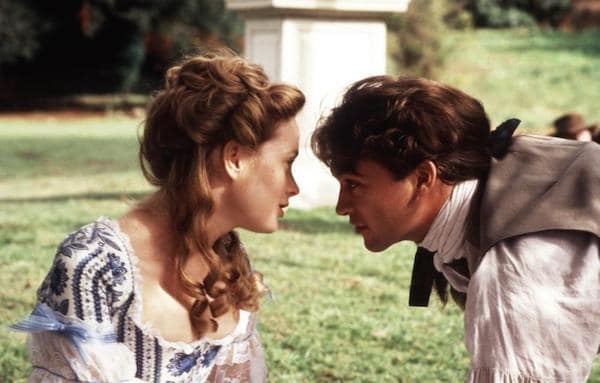 Ok those ringlets are better…

As a woman who has an affair, which leads to some dark turns, in World War I and 1920s London. 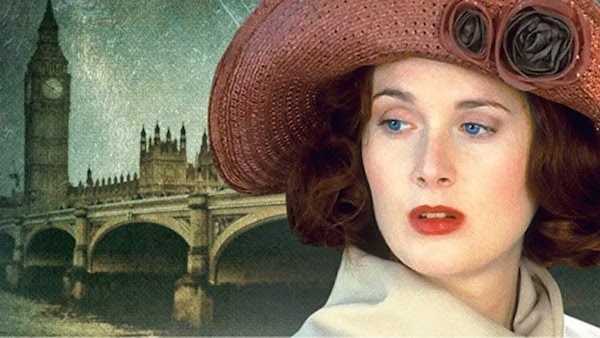 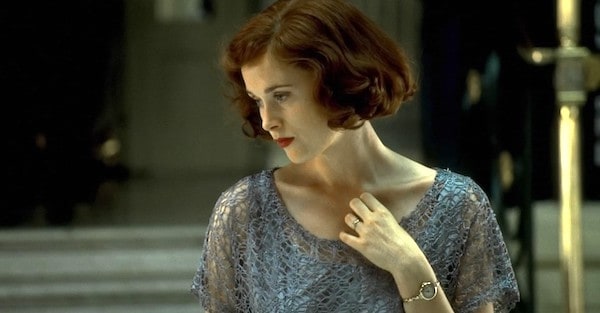 I also like her as a brunette. And as a blonde! 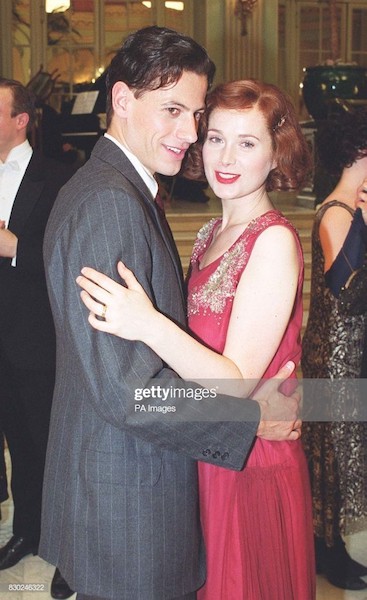 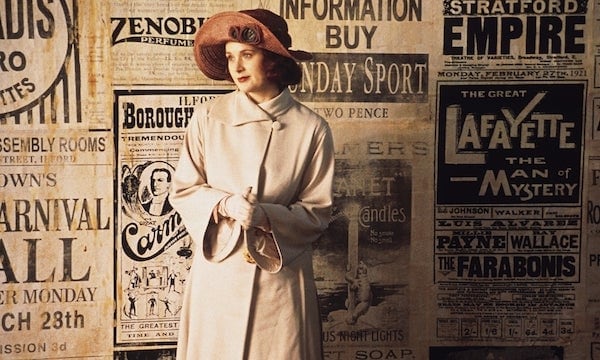 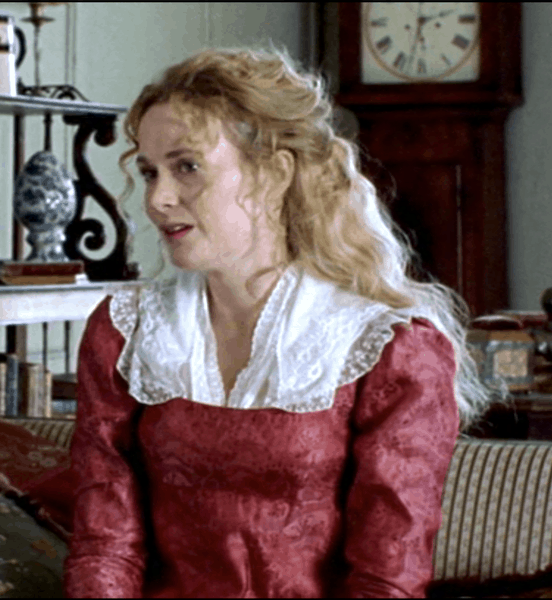 There were some hairpin issues, but otherwise it was well done. 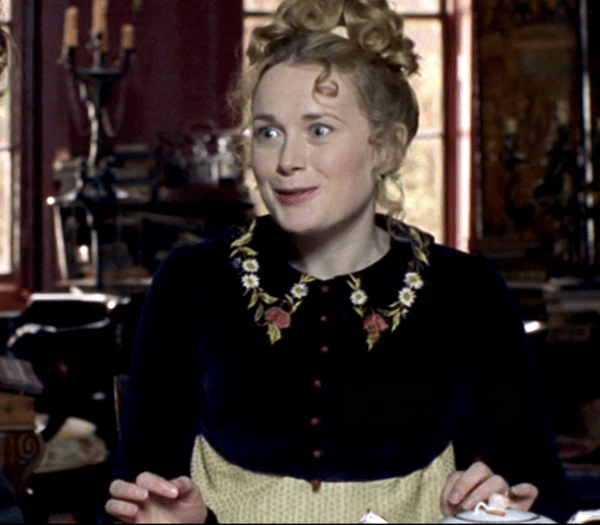 She was WEIRDLY PERKY in her first scene… I was surprised when she didn’t turn out to be a ditz!

Returning to the Thackeray novel, this time in a supporting role, the kind Lady Jane Sheepshanks Crawley (wife of Rawdon’s brother), in the feature film version. 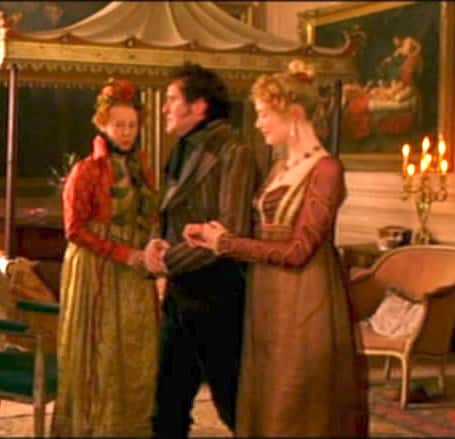 It’s sadly hard to find any pics of Little in this, but she’s in a bunch of scenes! 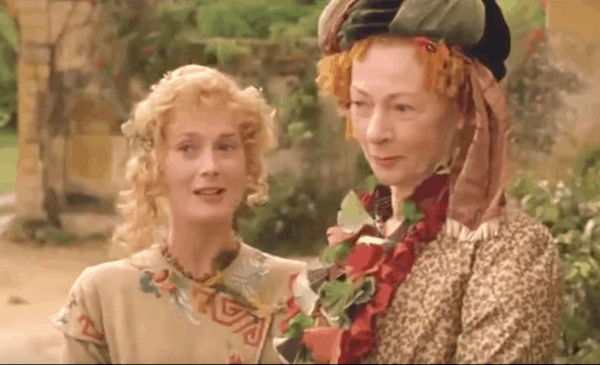 Just noticed the Greek key design on her dress!

In one episode of the 1930s Agatha Christie detective serial. 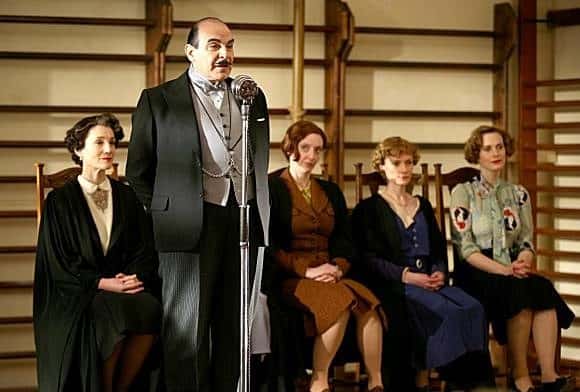 That’s Little on the right, in the cool deco print. 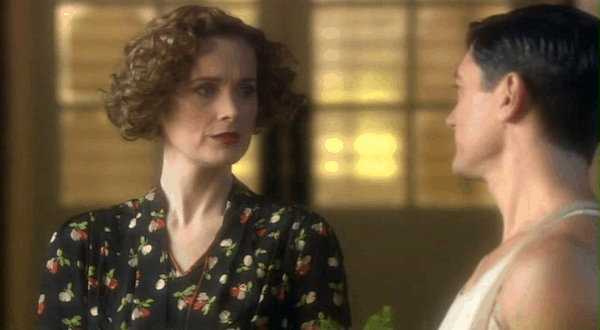 She’s got the perfect look for deco. 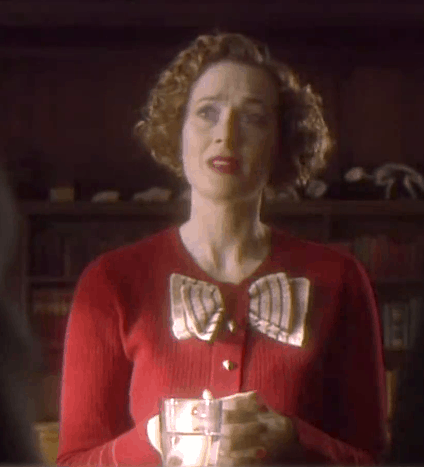 That bow is TOO perfect! 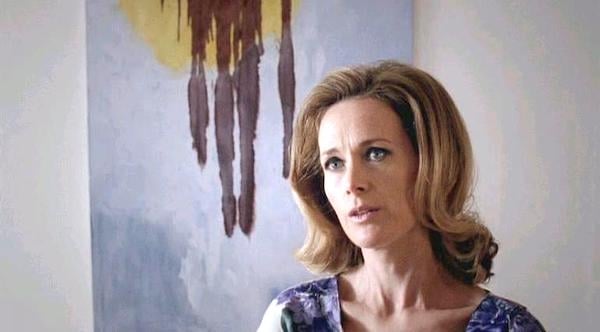 I guess this is from the 50s scenes?

A miniseries based on James Herriot, the veterinarian who was the inspiration for All Creatures Great and Small. Little plays Elspeth, a friend of Herriot. 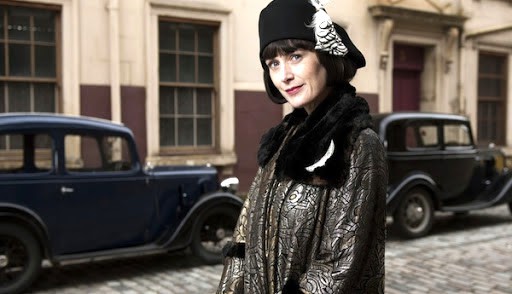 I would have bet you $1000 that this was from Miss Fisher!

A TV series about a hospital staff who perform illegal abortions in 1960s England. 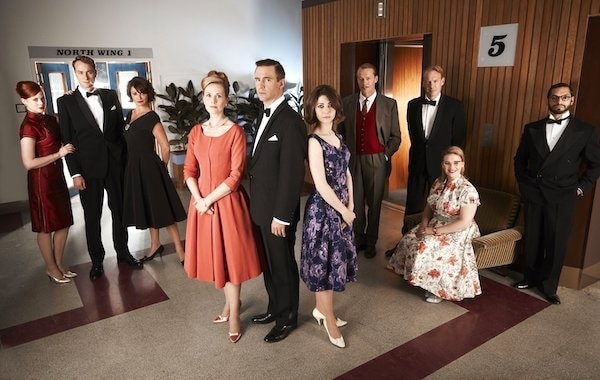 Little is in front, in orange. 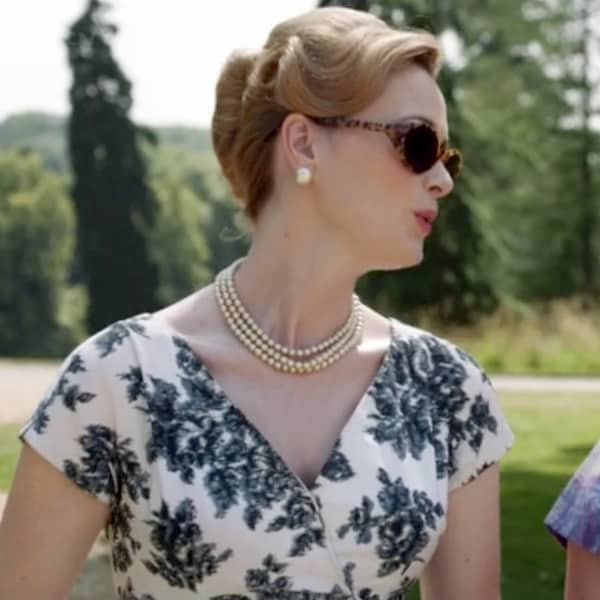 This is very Betty Draper. 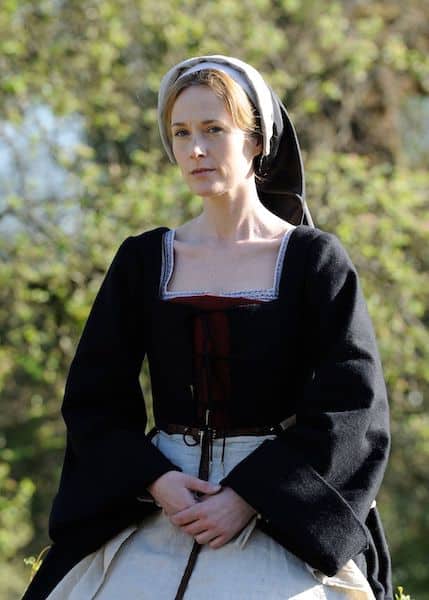 We specifically loved the gentry costumes, like those worn by Little!