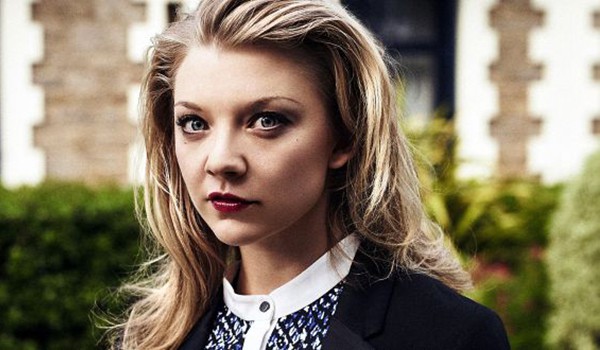 She hasn’t been in that many historical costume movies or TV series, but Natalie Dormer has made her mark already, plus she has more frock flicks on the horizon. Dormer is adventurous in the roles she takes — she doesn’t shy away from complicated characters, women who have been misunderstood by history. Her non-historical roles are just as interesting, mixing glamour with treachery in Game of Thrones, The Hunger Games, and Elementary. She’s one to watch! Not the best movie, but it’s a start! We’ve ranted endlessly about the costumes and the series playing fast & loose with history. But despite this, Natalie Dormer delivered a sharp performance as Anne, and behind-the-scenes reports show how she fought for more nuance in her role. She had a tough row to hoe in this series, and she tried. Until the bitter end. Looking good in ’30s and portraying a rather disdainful soon-to-be queen. Not as scandalous as the title implies, but a well-acted, gorgeously costumed TV movie showcasing what Dormer does best. With both tender moments and tough.

Eliza Merrett in The Professor and the Madman (2017) This is still in post-production, so all I could find is this behind-the-scenes photo. Much of the story takes place in a Victorian asylum, which should explain her bedraggled costume. In this remake of the 1975 mystery film, Natalie Dormer plays the governess. The TV miniseries is coming to Amazon.