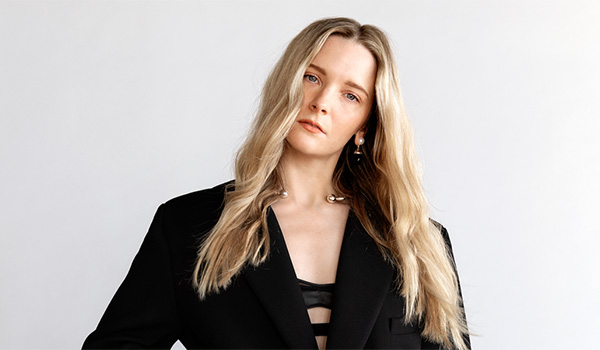 Morfydd Clark is playing the iconic Galadriel in Amazon’s The Lord of the Rings: The Rings of Power, starting September 2, 2022. Of course, that’s a fantasy show and not within our purview, but I was wondering where I’d heard of her before. Turns out, she’s had a bunch of small roles in frock flicks over the past few years. It’ll be interesting to see how she takes on such a substantial character after these bit parts. She also has a solid theater background, and she was nominated for a BAFTA Rising Star Award in 2021. Let’s watch her rise farther! 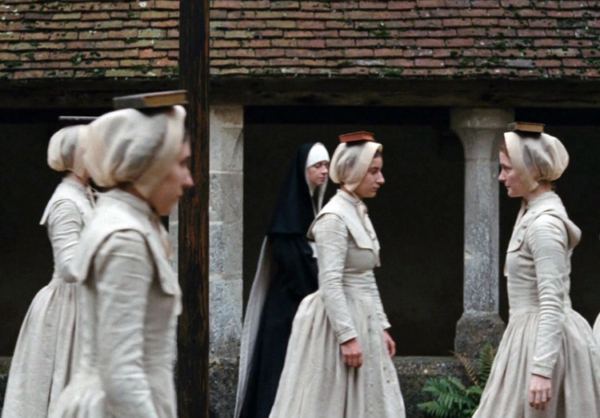 She’s one of these gals in white, that’s all I’ve got, sorry!

Miss Pamela Charron in The Falling (2014) 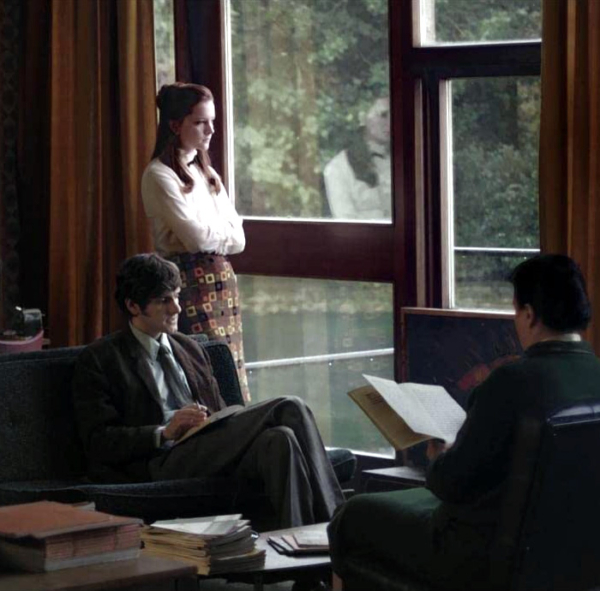 I think she’s one of the teachers (given the “Miss” title) in this mystery drama set in a 1960s girls school.

Her awesome zombie-killing scene was cut from the theatrical release :( 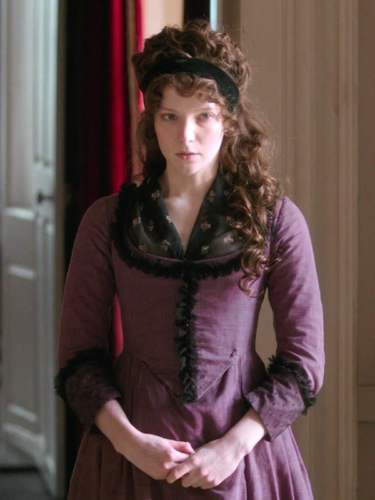 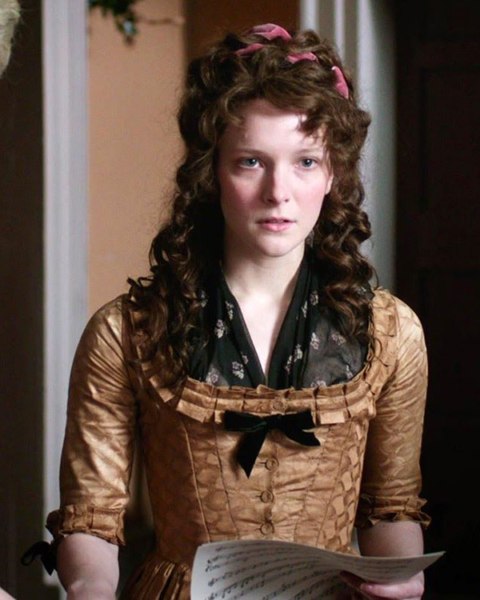 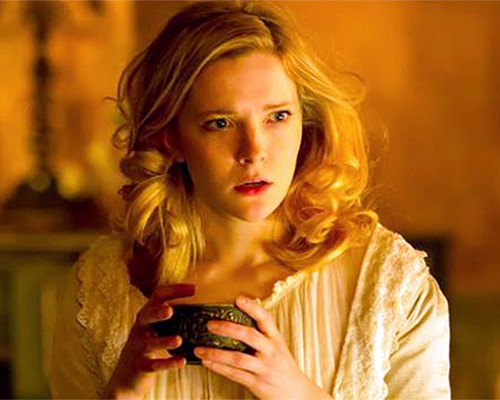 A televised version of the theatrical performance.

Zuzanna Lubtak in Interlude in Prague (2017) 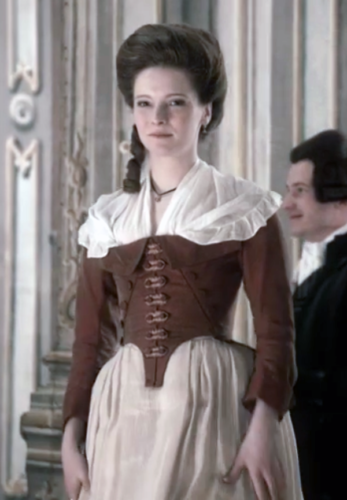 She carries this historical romance quite well, IMO. 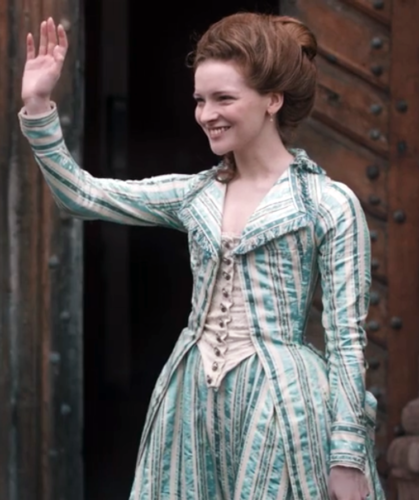 And there are a few interesting costumes.

Kate Dickens in The Man Who Invented Christmas (2017) 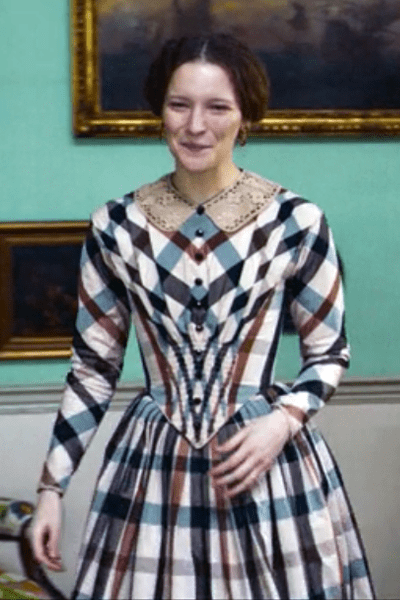 While it’s the 1840s & thus the Death of Fashion, I really do admire the use of plaid in this fan-front bodice. 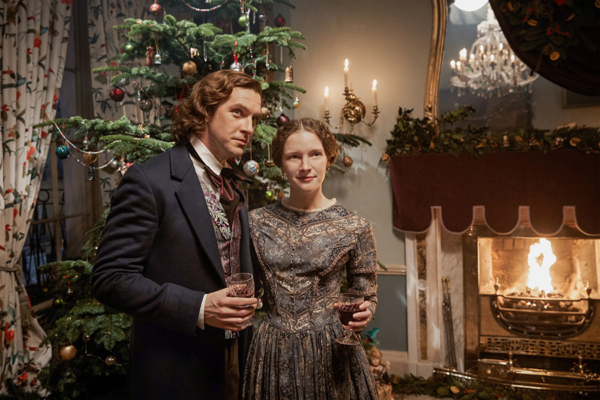 She plays Dickens’ wife, so it’s a small role. 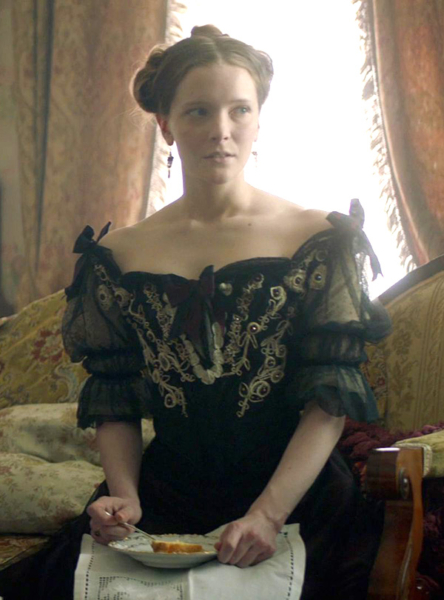 Guest part in this series, & while I have problems with the show, the costumes were often excellent. 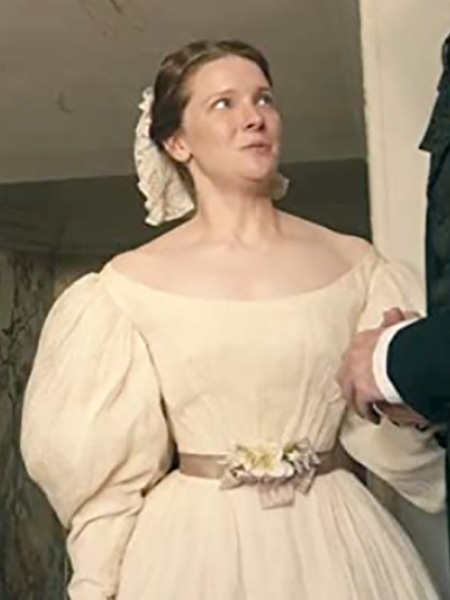 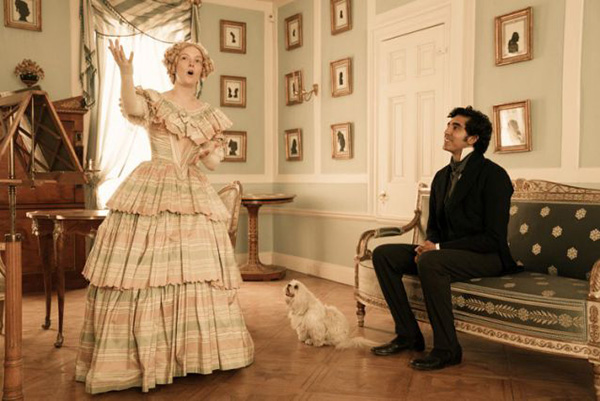 Then she plays his first & very dippy love interest. She did a great job in the double role, & even tho’ the characters are similar in affect, I didn’t realize it was her. 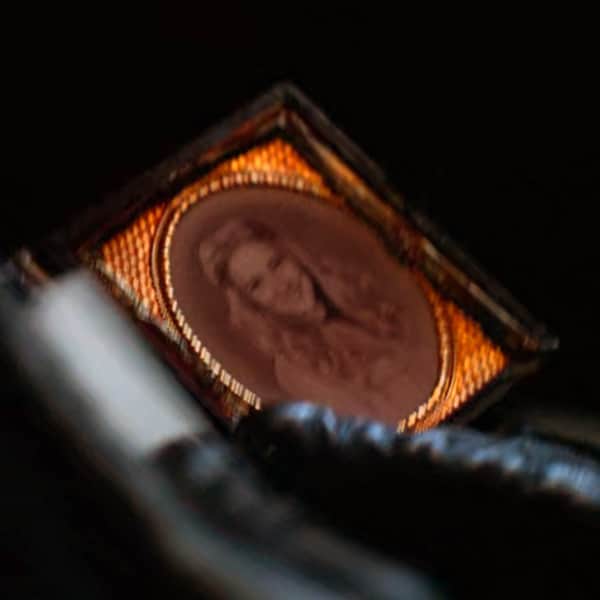 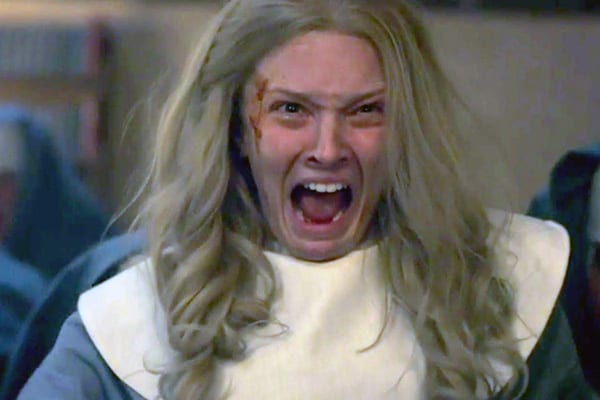 What’s your favorite frock flick role of Morfydd Clark’s & how do you think she’ll do as Galadriel?