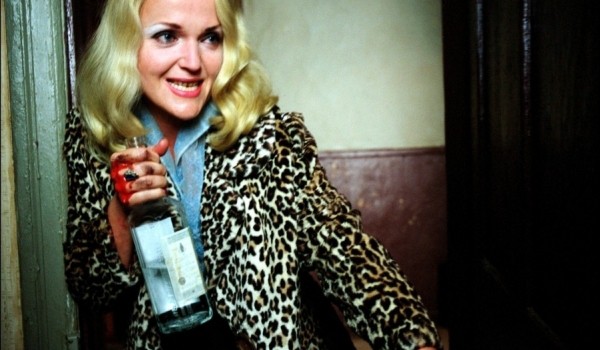 She could be the best-known supporting actress in historical costume movies and TV currently working, definitely in Britain. Miranda Richardson has had a few, good starring roles, but she gets a lot of meaty sidekick parts in films spanning historical periods. And of course she’s done a lot of fantasy and sci-fi (including Rita Skeeter in the Harry Potter films). But I’m going to stick to historical costume here! Based on the life of Ruth Ellis, a convicted murderer and the last woman hanged in Britain in 1955. YAAAASSS QUEEN! How can you not love her snarky, silly take on Liz?

Amy Hardwood, the elusive Shadow, in Black Adder the Third (1987) Another fun Blackadder part, plus this lovely gown was reused in The Affair of the Necklace (2001)!

A small part in this WWII prison-camp film.

Nurse Mary in Blackadder Goes Forth (1989) You’re in one Blackadder, you’re in ’em all! Miranda Richardson was nominated for a Best Actress Oscar for her performance as poet T.S. Eliot’s mentally ill wife. Two in a row with Willem Dafoe (she’s a stronger woman than I!). During the World War II part of this TV miniseries. I’ve never heard of this before, but I’m intrigued.

With a wardrobe by Colleen Atwood, her character has a genteel veneer.

But she’s a supernatural bad-ass. I used to be in love with the stripey dress Christina Ricci wears, but now I realize Miranda Richardson’s gown is even more awesome.

She plays Virginia Woolf’s sister in the historical portions of this film.

A heart-breakingly good TV movie about the youngest son of Britain’s King George V and Queen Mary (played by Richardson). I despise the music of Phantom, so someone will have to explain why her character goes from all buttoned-up like this…

Duchess of Kent in The Young Victoria (2009) Miranda Richardson IS Victoria’s mom, hands down. The Duchess of Kent in the current ITV/PBS series doesn’t hold a candle to her.

She balances the Duchess of York’s controlling and needy nature so well. The amazing costumes by Sandy Powell make everything perfection.

Kendra “actively disliked watching” this TV miniseries, & like her, I keep finding good costume pix of it in searches.

Mother Cecilia in World Without End (2012)

Sequel to the medieval miniseries The Pillars of the Earth.

She plays a scheming mother trying to get both her sons married into Belle’s family. Damn, but Miranda Richardson looks good in 18th century!

Miss Lorimer in Testament of Youth (2014)

A small part in this World War I film.

This three-part 1930s TV series co-stars Anna Chancellor aka Caroline Bingley from the 1995 Pride and Prejudice. I really wanted this Amazon pilot to get a full season!

Sybil Birling in An Inspector Calls (2015) Always up for a mystery.