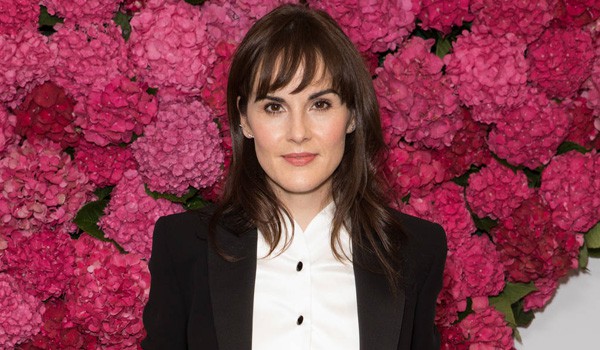 Her eyebrows — as the infamous Lady Mary, at least — became a Twitter phenomenon. But Michelle Dockery isn’t resting on snarky, or pretty. She started her career in classic British costume dramas and has branched out into period and modern dramas where she slings guns to fight and commit crimes. Of course, she returns as Lady Mary, er, Mrs. Talbot, on the big screen. What will that arched brow get up to next? 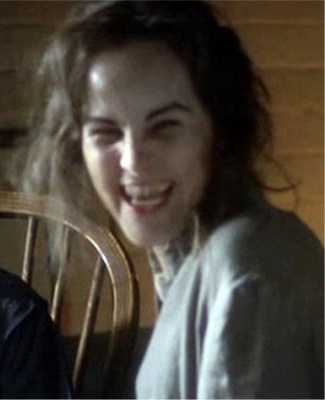 Can’t remember, but I’m guessing she’s one of the girls in the asylum. 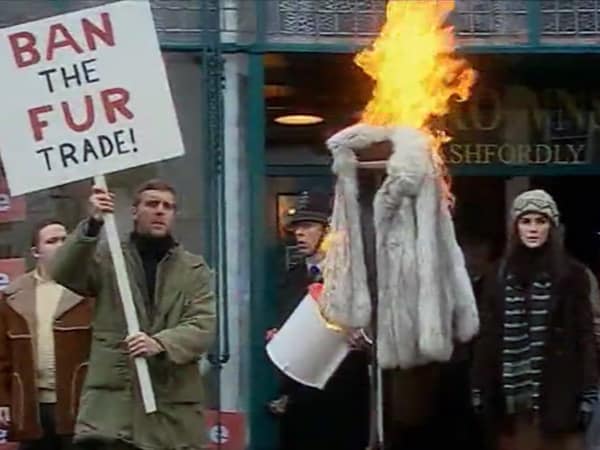 One episode of a TV series supposedly set in the 1960s.

Ewa Rozenfeld in The Courageous Heart of Irena Sendler (2009) 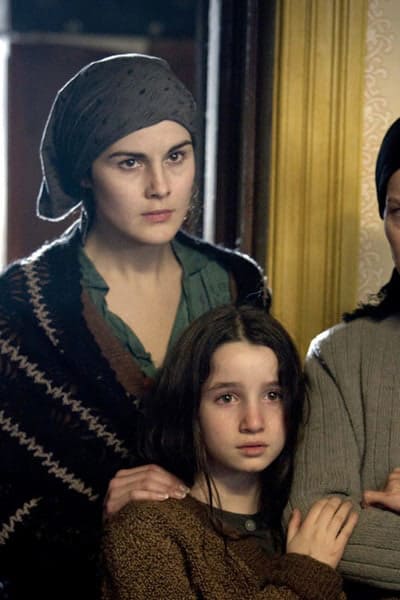 The story of a Polish social worker who smuggled Jewish children to safety during WWII. Dockery plays one of the Jews, not Sendler.

Erminia Whyte in Return to Cranford (2009) 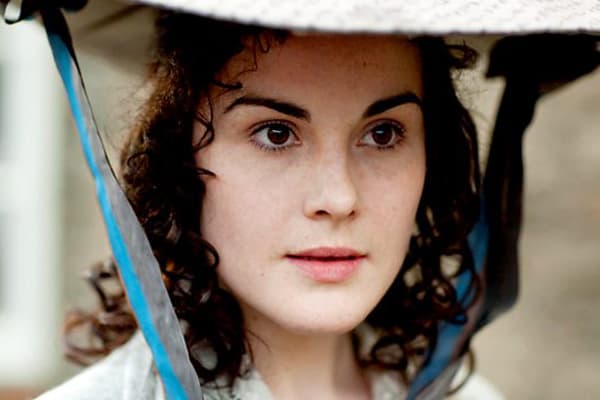 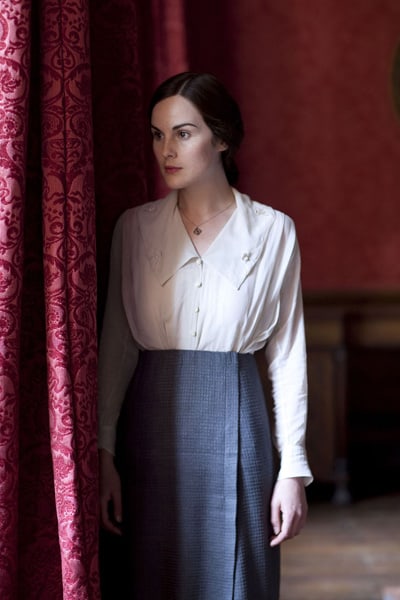 The governess in this 1910s ghost story. 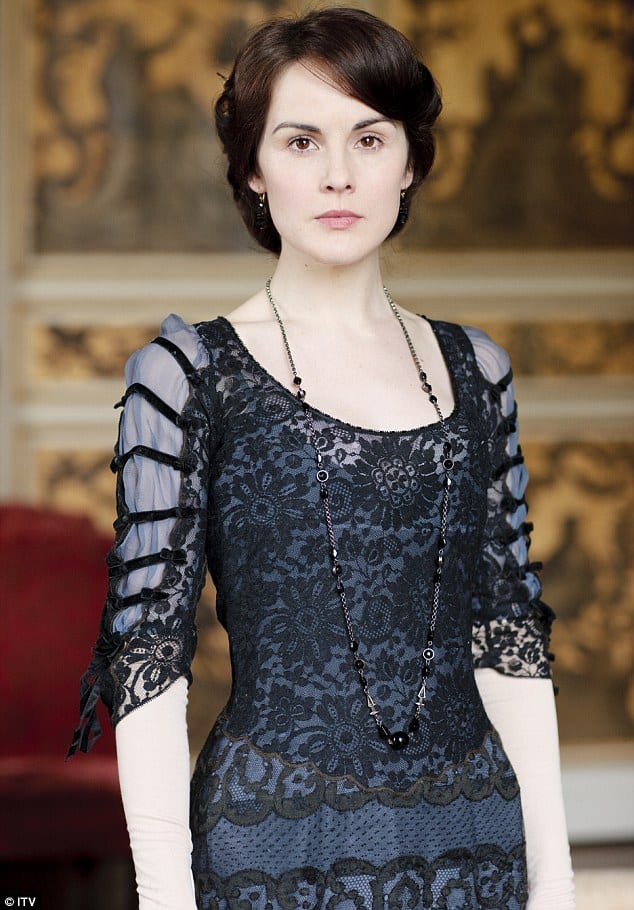 She rules the roost from start to end. 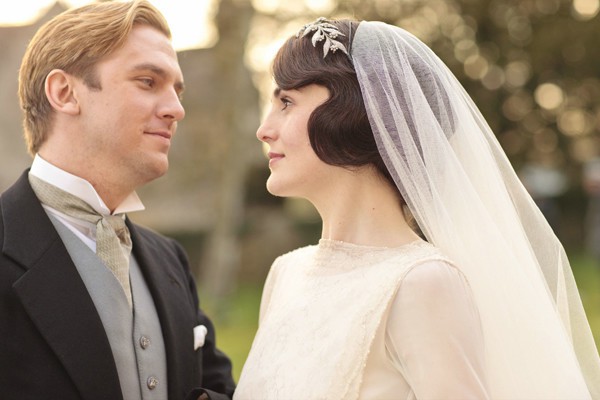 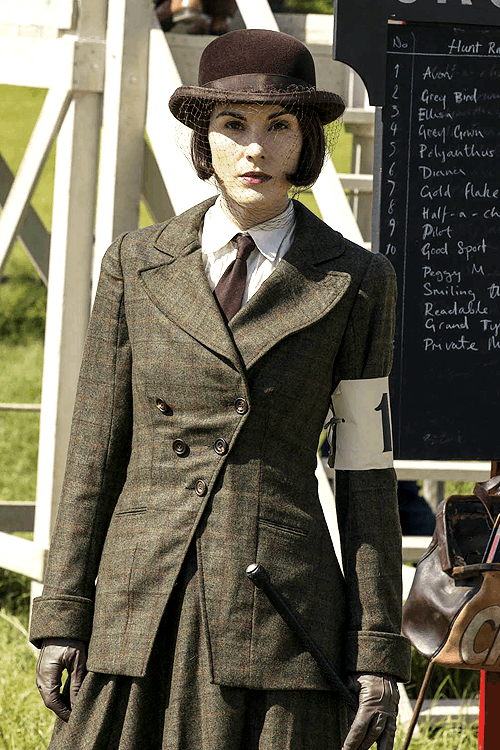 Riding horses, cropping her hair, using birth control — she does it all! 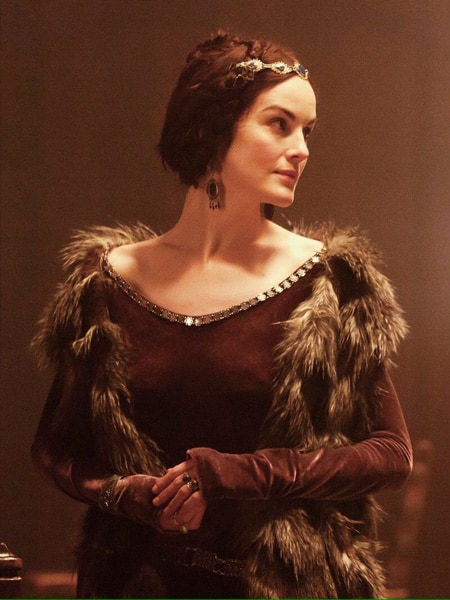 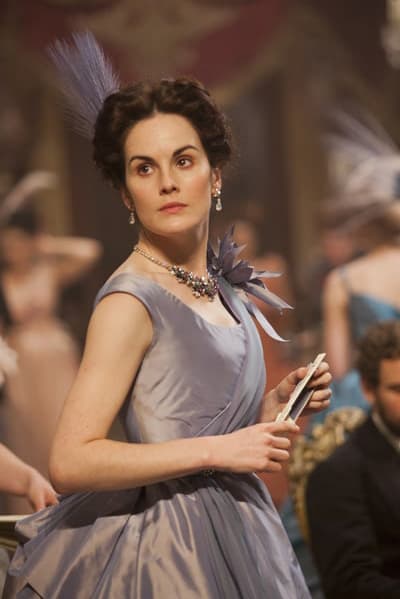 Well *some* people liked it. 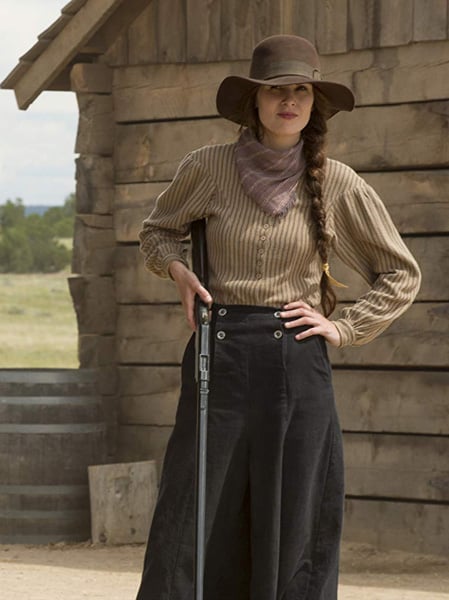 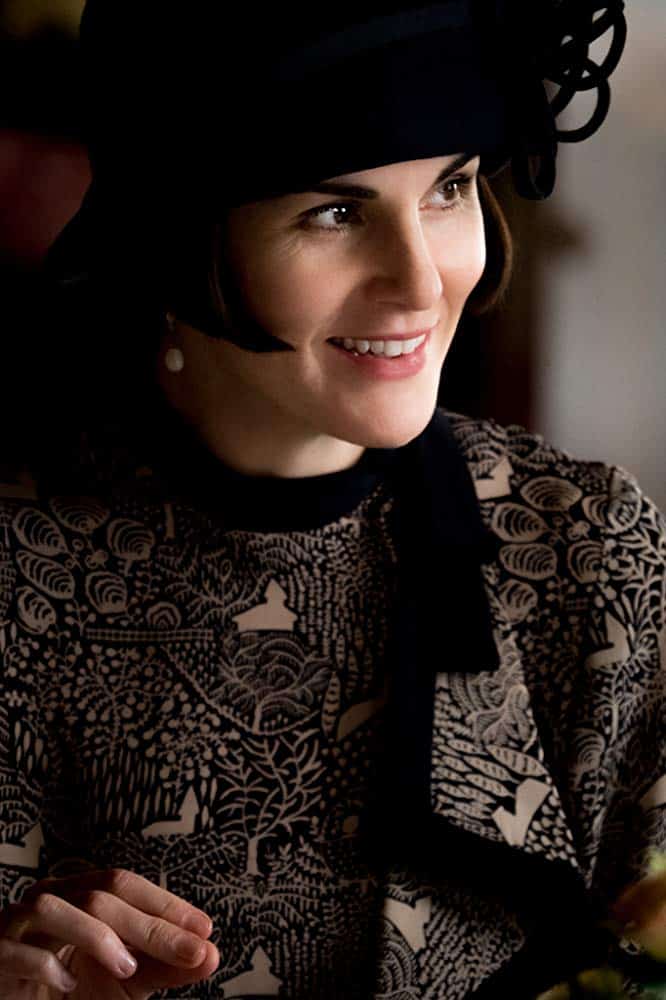 Here she comes in the movie version. 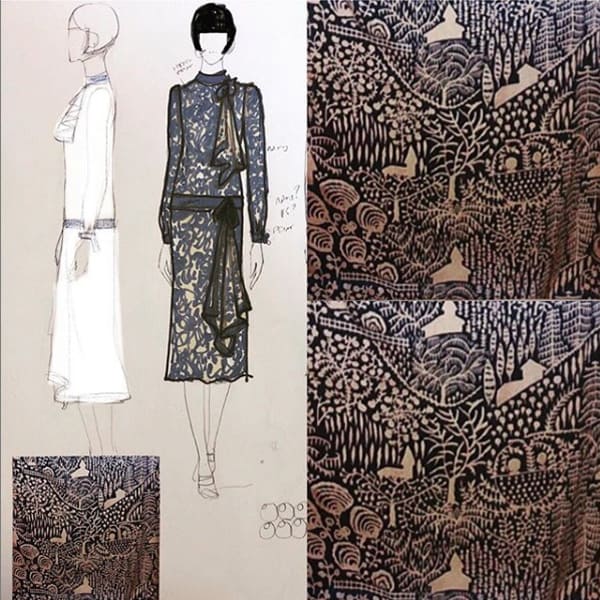 Costume designer Anna Robbins posted this on her Instagram, saying it’s “one of my favourite costumes in the Downton Film” and “the silk is from an original 20s dress from @antiquewardrobe_ that I incorporated into a new design with replica printed silk by @hatley_print.” 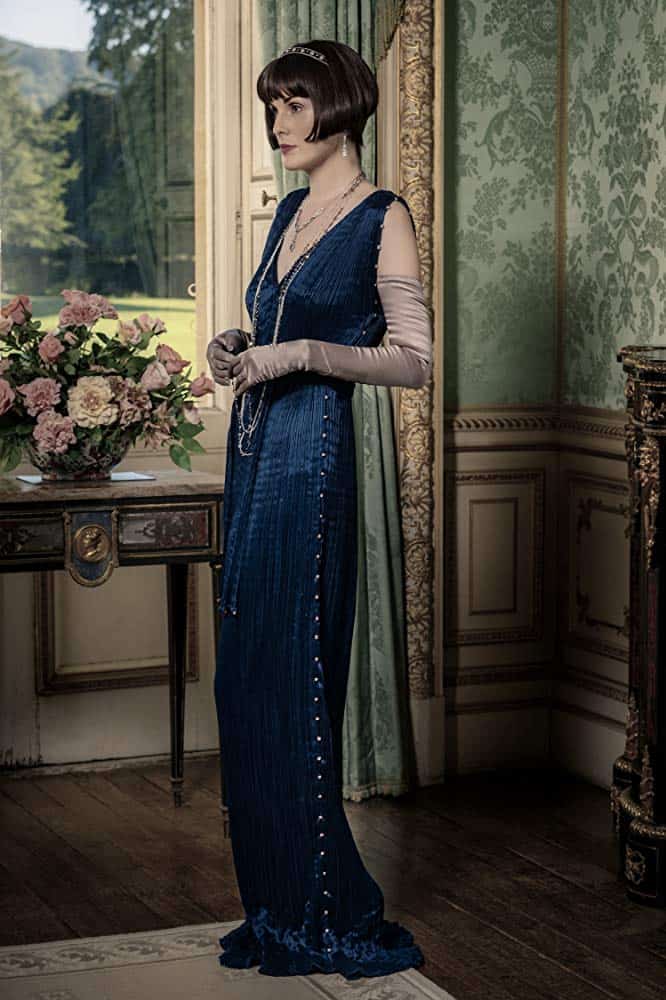 She’ll never be Countess of Grantham, but she knows how to serve up some posh! 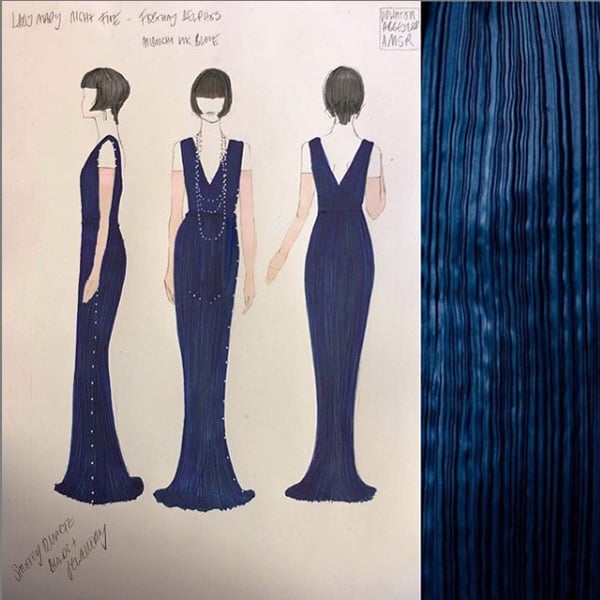 Costume designer Anna Robbins described this gown’s creation on her Instagram: “I first worked with the legendary textile house Fortuny @fortunyvenezia on the final series of Downton Abbey and this led to a collaboration with them to create a bespoke pleated gown for Lady Mary. This unique dress is neither vintage nor a replica – it is a “new” original, having unlocked the famous and secret pleating technique developed by Mariano Fortuny and his wife and muse, Henriette, and is entirely hand sewn.”