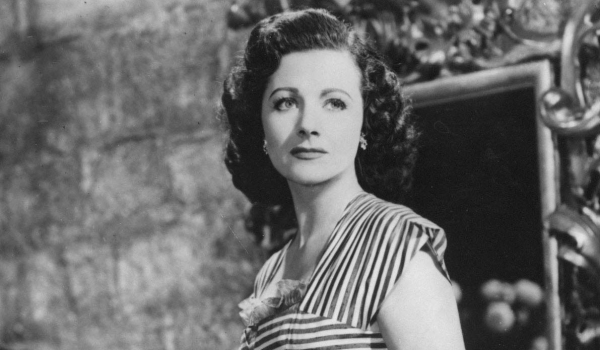 Margaret Lockwood had a long career in the golden years of cinema. She did many period films throughout the ’30s and ’40s, and then some. Today we celebrate her legacy. The third film adaptation of the novel, Margaret Lockwood plays the eponymous Lorna. Every synopsis of this film states: “An unstable Victorian doctor murders a woman.” If anyone has seen it, and can elaborate, please do so in the comments. A remake of the 1915 film, Margaret Lockwood plays a woman rescued by the hero from a Spanish ship in the 1790s. What little I can see of the costumes leads me to believe “1790s” is a very loose guideline. I couldn’t find a non-stock photo of Margaret Lockwood in this movie, so this will have to do. I’m actually not totally sure if that’s Margaret Lockwood in this photo, but it was the only image I could find that vaguely looks like the era it’s supposed to be set in, the belle epoque. All the other images look virtually indistinguishable from the 1930s. Swashbuckler flick apparently set in a vaguely Georgian period. Let me know if this is worth watching… A film about the first steam crossing of the Atlantic. Costumes look nice. So, apparently there’s a thing called a “Gainsborough Melodrama,” and this is the first example of it. Regency, but it’s the 1940s, so take that with a grain of salt. An “atmospheric ghost story” according to Wikipedia. Margaret Lockwood plays a woman who can commune with a ghost. OH, GAINSBOROUGH STUDIOS. That makes the whole “Gainsborough melodrama” thing make more sense. I kept thinking it was a reference to the 18th-century painter. In any case, this is a period film by Gainsborough Studios, if you were clueless like me. Margaret Lockwood plays a noblewoman who ditches her husband to take up the life of a highwayman, er, -woman. For love, or some shit. FEUDING IRISH NOBILITY. Also, her costume here is clearly based on Sissi. Ok, so the plot is way complicated and I can’t synopsis it well in this small of a space, but Margaret Lockwood looks pretty. That’s all I’ve got. A more faithful take on George Bernard Shaw’s play, it was itself a remake of the 1938 Pygmalion starring Leslie Howard and Wendy Hiller. I’m not convinced that’s Margaret Lockwood, but it’s also the only clear photo from this movie so… Another belle epoque flick, but at least the costumes look like they come from the era. The last film Margaret Lockwood made, and she is stellar in it as the evil stepmother.

What is your favorite Margaret Lockwood role? Share it with us in the comments!