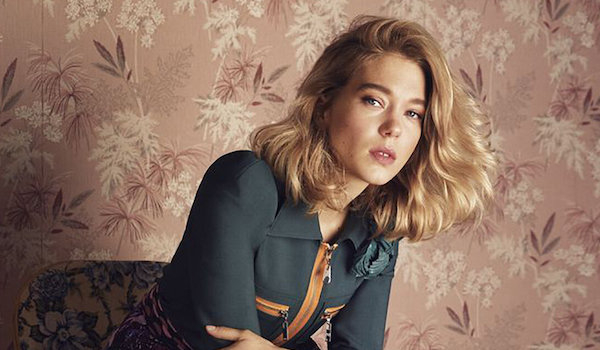 Léa Seydoux is a French actress known for her award-winning turn in Blue Is the Warmest Color, two Bond movies… and many frock flicks! Let’s run down her historical roles:

As Olivia, housekeeper and lover to the title character, La Vellini (Asia Argento), in this 1830s-set drama. 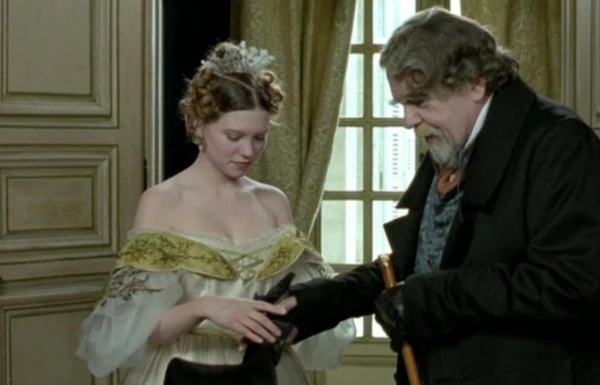 That’s a beautiful gown, if a VERY droopy neckline. 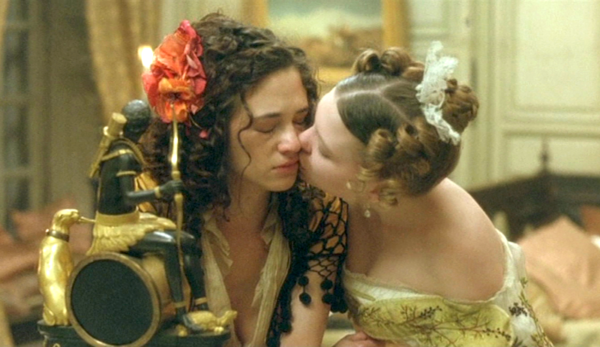 I had to turn off Google’s SafeSearch to find images of this film! 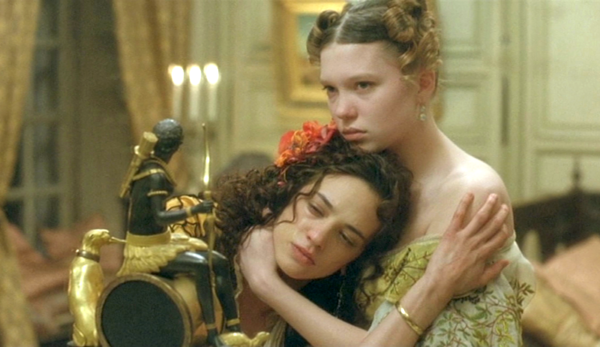 As “Charlotte LaPadite” in this alternate-history World War II film. 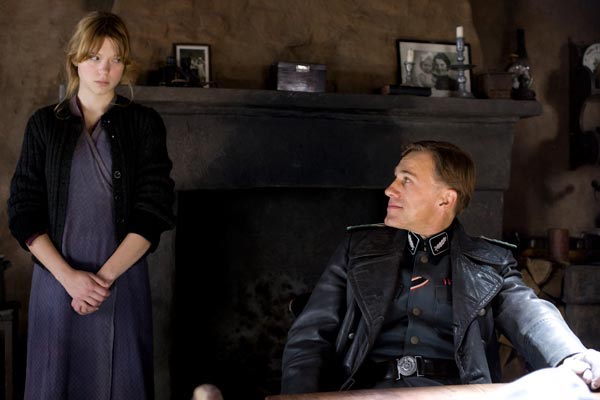 Clearly she’s not the femme fatale.

I’ve wanted to watch this for a while, and I can only let Wikipedia summarize it for you: “The plot of Mysteries of Lisbon is rich with coincidences, plot twists, multiple narrators, disguises, and flashbacks-within-flashbacks. Every major character possesses at least two identities, and the story—which hopscotches around Europe in the late 18th and early 19th centuries—is set against the Napoleonic Wars and includes pirates, a woman hellbent on avenging the death of her twin brother, and at least four different love triangles. Above all, Mysteries of Lisbon is about the mechanics of storytelling and imagination.” Seydoux plays Blanche de Montfort, who is involved in a love triangle. 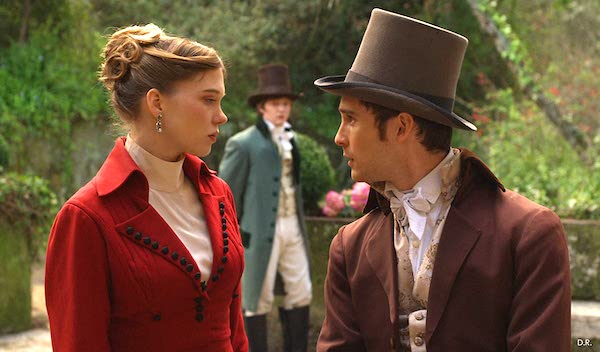 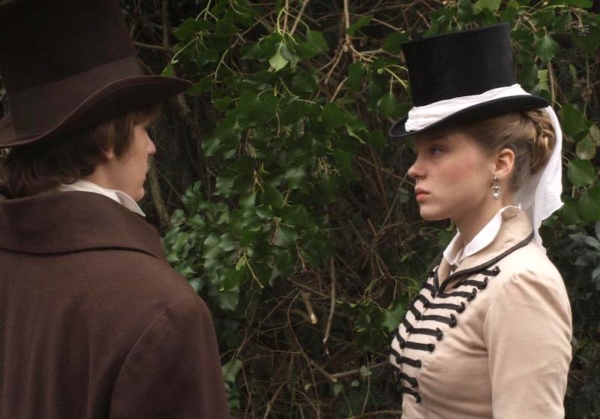 As Isabella of Angoulême, queen of England via her marriage to King John from 1200-16. 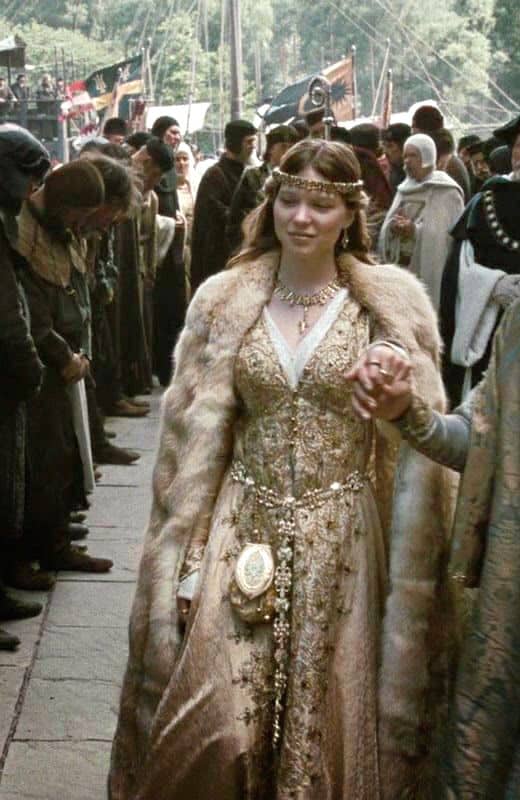 I don’t know medieval, but I have a lot of suspicions about all of this… 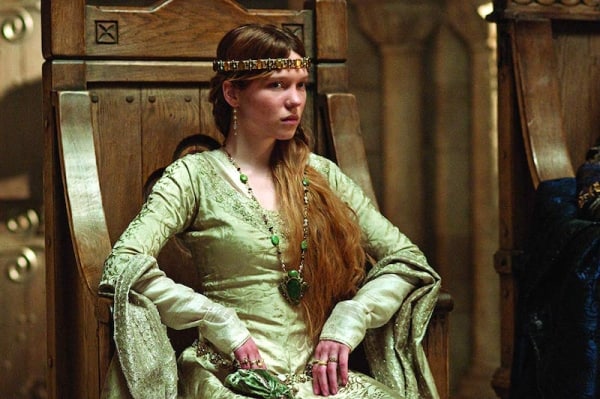 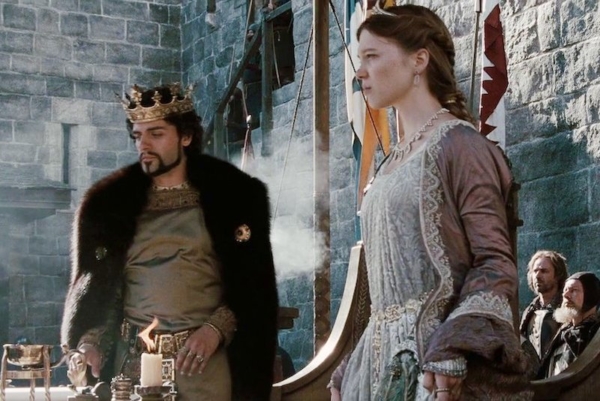 I scarily may need to rewatch this because of My Boyfriend(TM) Oscar Isaac.

As a wife caught up by consumerism in post-WWII Paris. 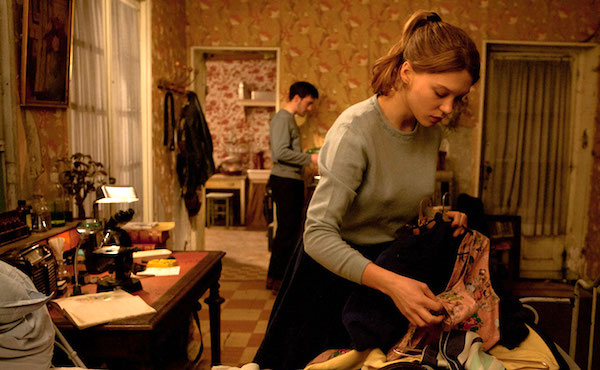 As French Queen Marie-Antoinette’s fictional reader in this story about the last few days that the monarchs were in the Palace of Versailles. 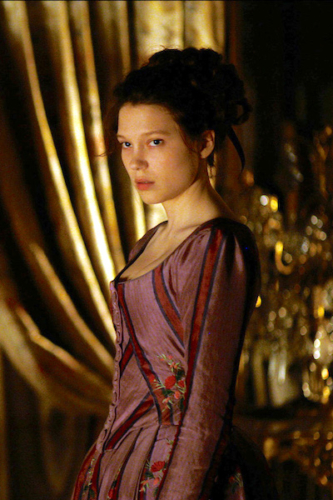 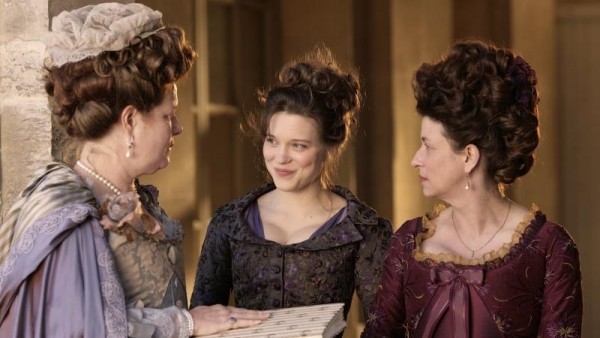 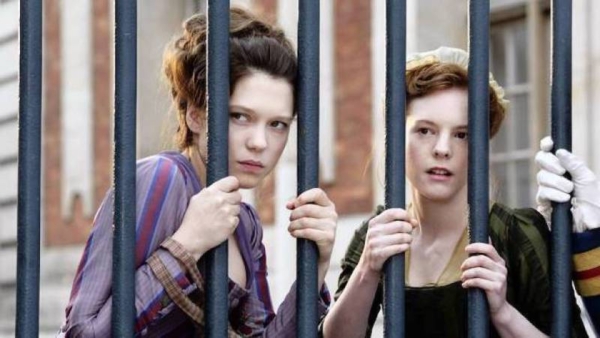 And a REALLY interesting look at how Versailles operated as a society.

Yes, it’s fantasy, so we probably will never review it, but I can’t not include it because HOLY CRAP LOOK AT THESE COSTUMES! Seydoux plays Belle, of course. 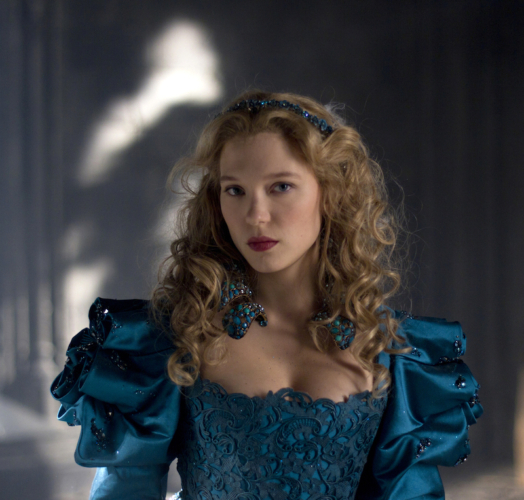 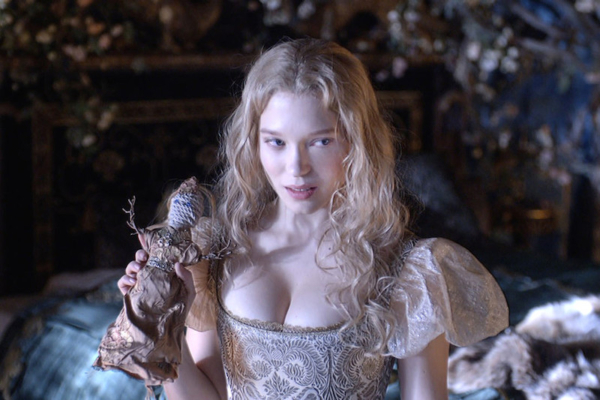 Love the pale color on her. (Also, creepy doll) 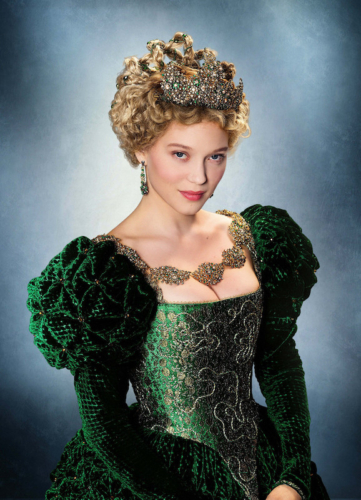 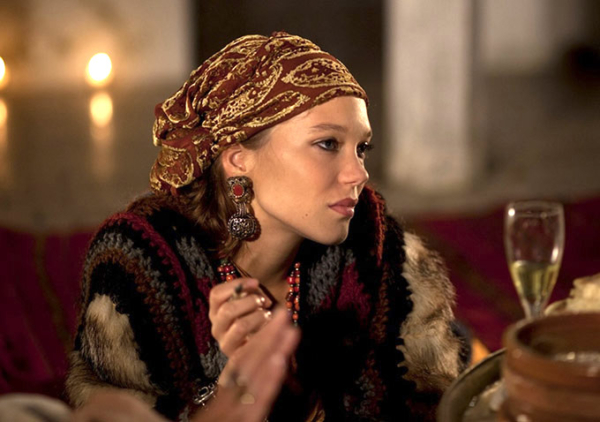 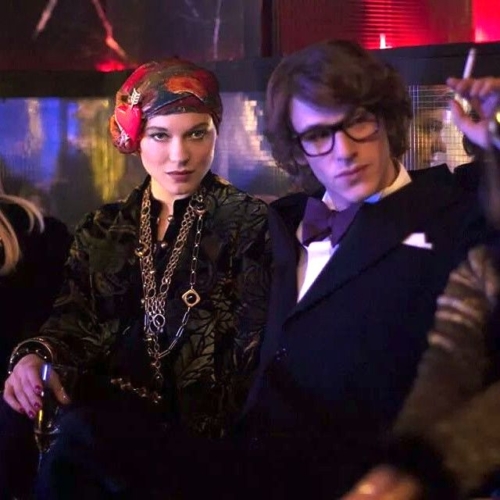 Seydoux plays a maid at the hotel — I can’t remember whether her role has substance? 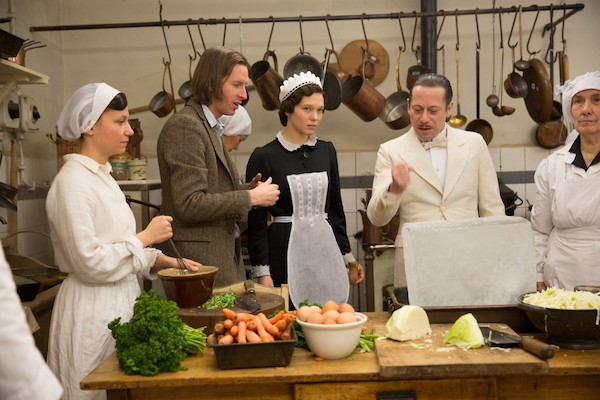 Seydoux plays a bitter (for decent reasons) French housemaid who reflects on the whole concept of domestic service in late 1890s Normandy. 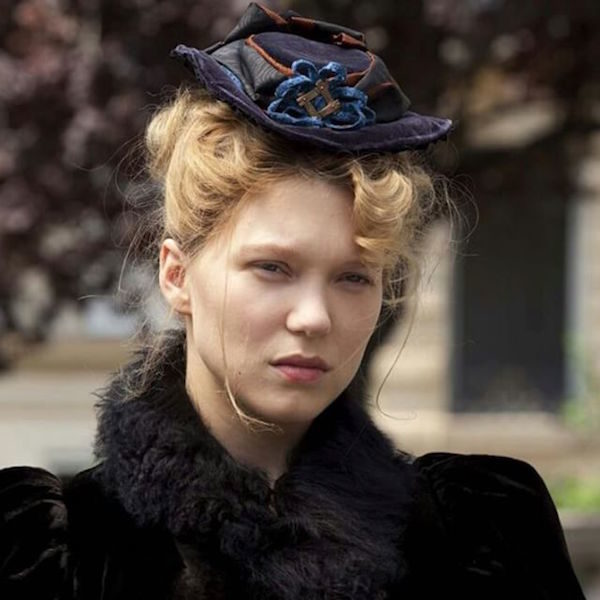 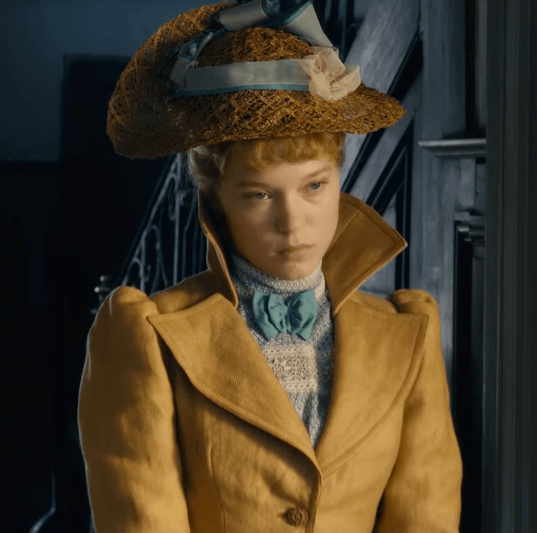 This jacket is MY EVERYTHING, and I don’t usually get very excited about this period! 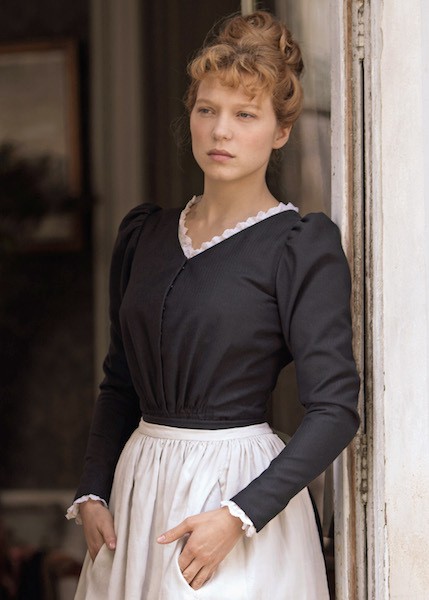 Even the working wear is well-thought-out.

She plays the prison guard and muse to an incarcerated artist in Wes Anderson’s latest film. 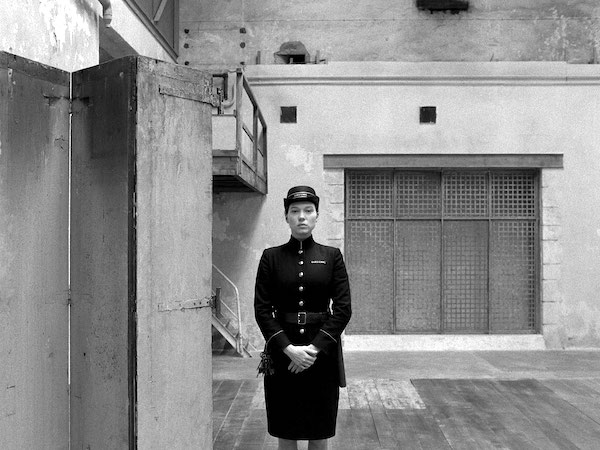 During the 1920s, a sea captain makes a bet to marry the first woman (Seydoux) who walks into a café. 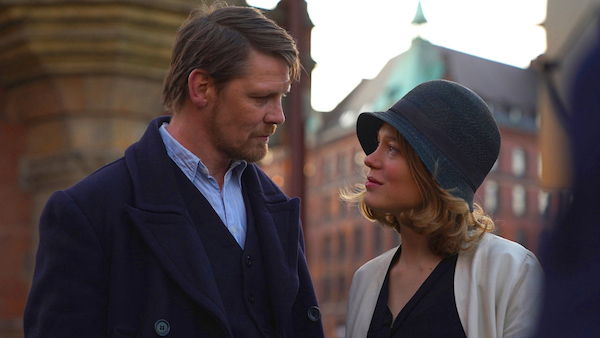 I’m ALL kinds of dubious about the 1920s-ness of things here. They both look super modern. 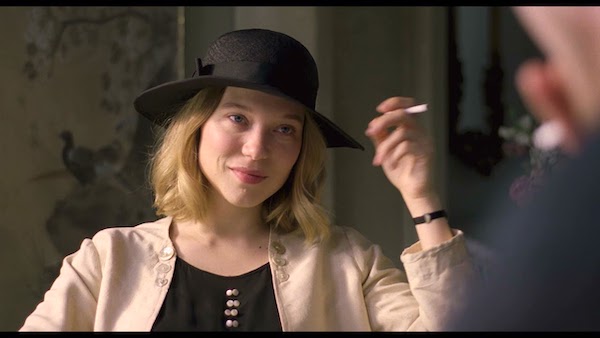 This hair is ALL kinds of meh.

How many of Léa Seydoux’s historical films have you seen?