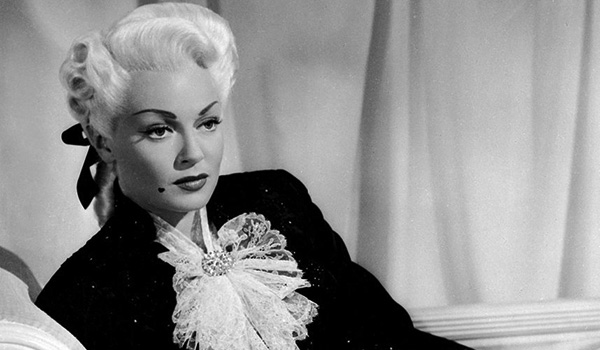 Legendarily “discovered” at a Hollywood malt shop when she was 15, Lana Turner became a popular pinup model during World War II. Turner resisted being typecast as just a pretty blonde and sought dramatic roles in film noir and historical features. Sometimes her tumultuous personal life overshadowed her onscreen work — she was married seven times, and her teenage daughter stabbed her abusive mobster boyfriend in 1958. But Lana Turner persevered and received accolades until the end of her career, when she guest-starred on the TV soap Falcon Crest, just as glamorous as ever.

Turner only made a few frock flicks, but they’re fabulous fun so let’s enjoy! 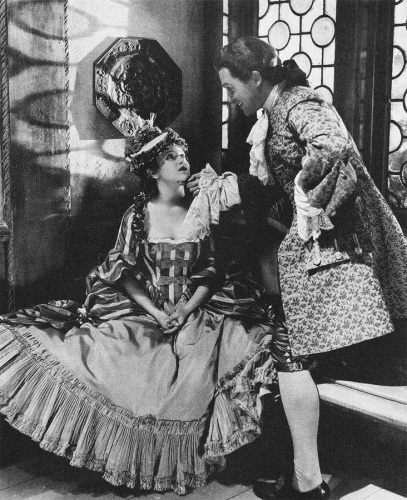 She has a small role in this movie about the 18th-c. actor David Garrick, famous for his Shakespearean roles. 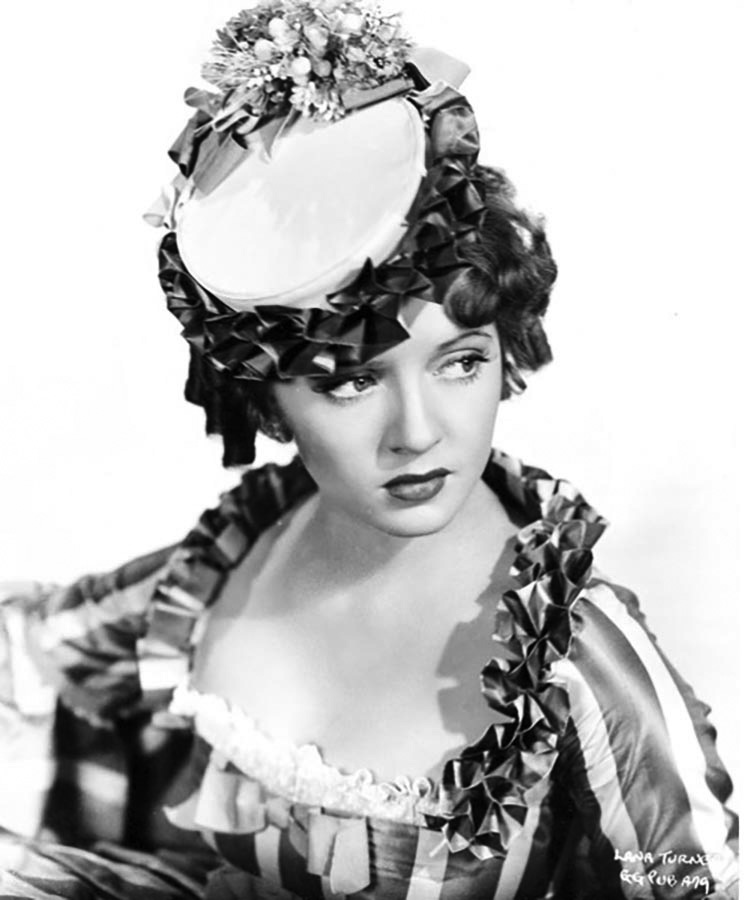 Not historically accurate but stripey & cute! Also, this is before she went blonde. 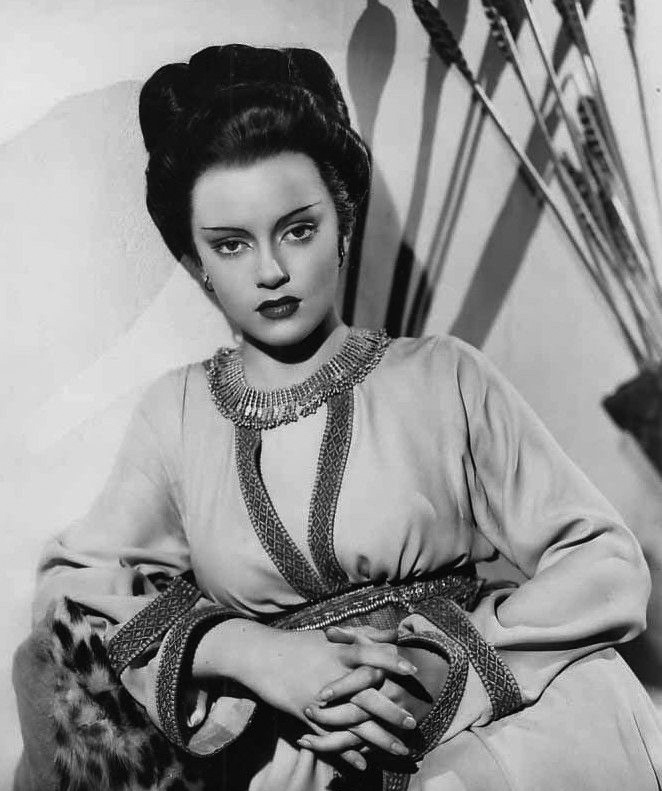 Vaguely yellowface with those ridiculous eyebrows. To her credit, Lana Turner reportedly “hated the costumes and her makeup” in this film. 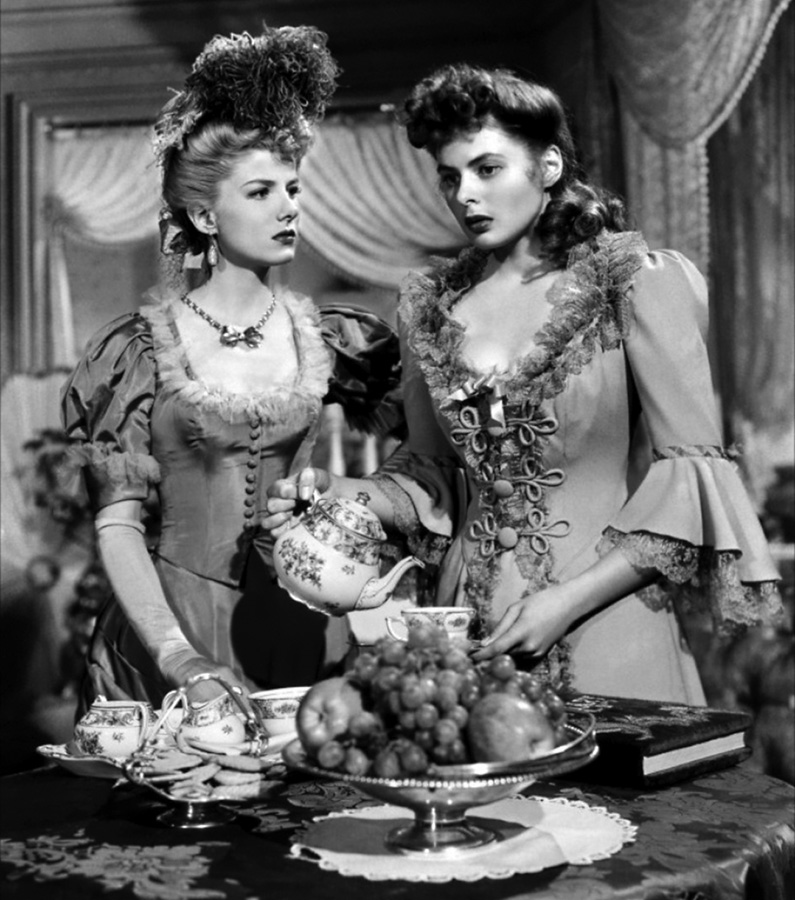 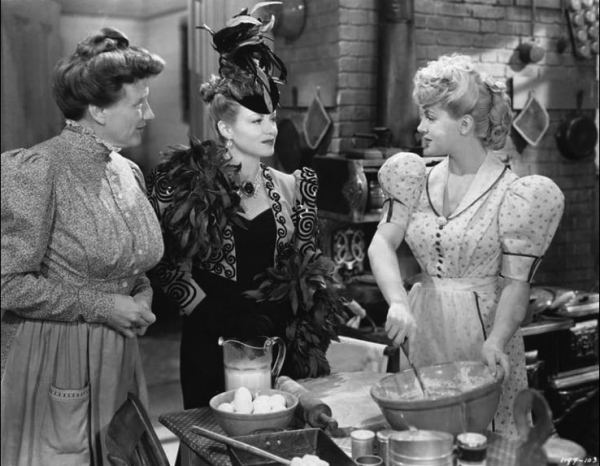 This picture always cracks me up! It’s like the three women are dressed for three different movies. 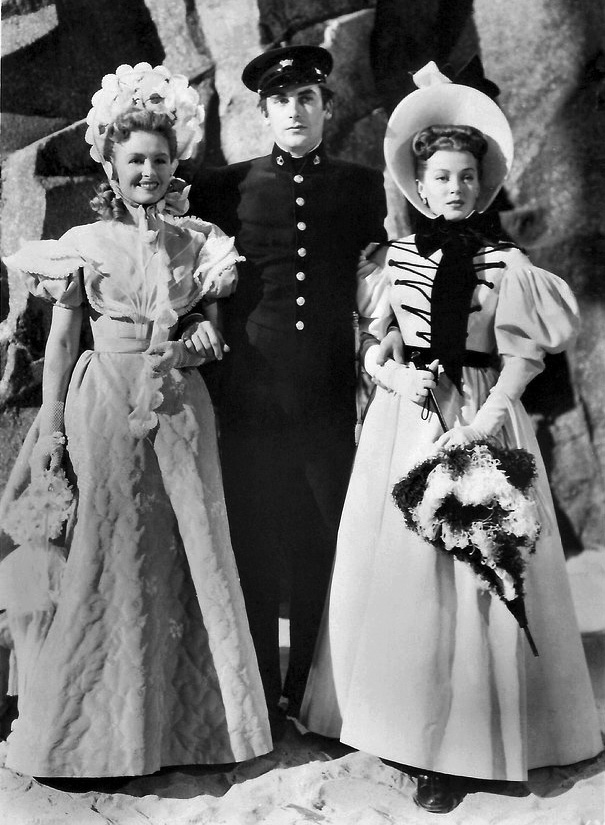 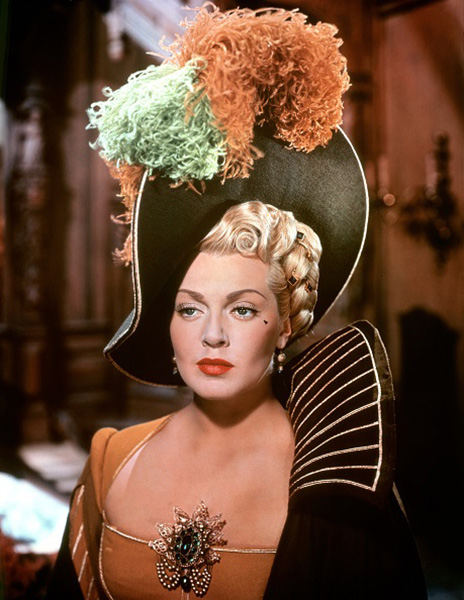 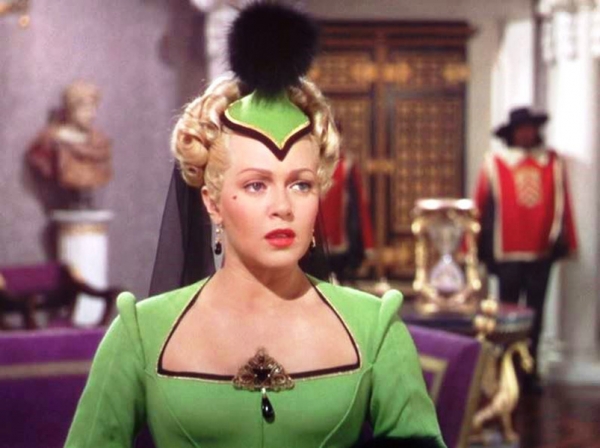 This hat is the most hilarious thing in all of frock flicks. 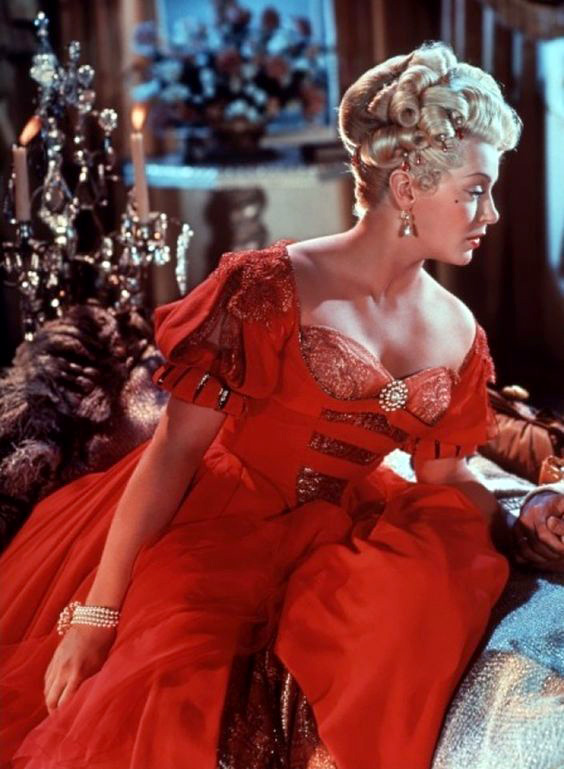 She makes for a wonderfully wicked Milady! 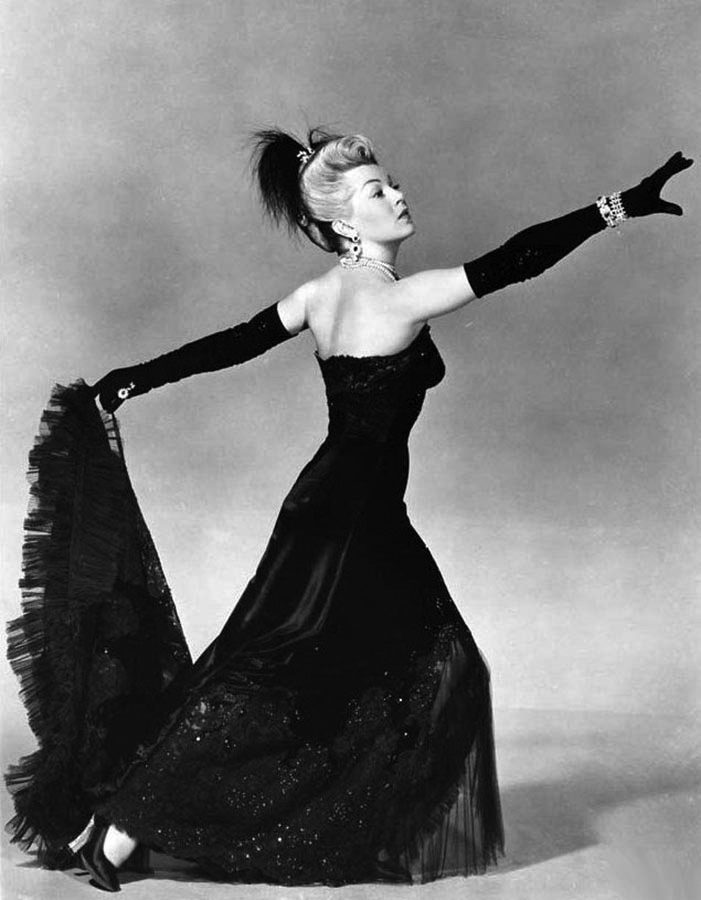 Supposedly set in the 1900s & based on a musical, mostly an excuse for Lana Turner to swan about in grand gowns & jewels. 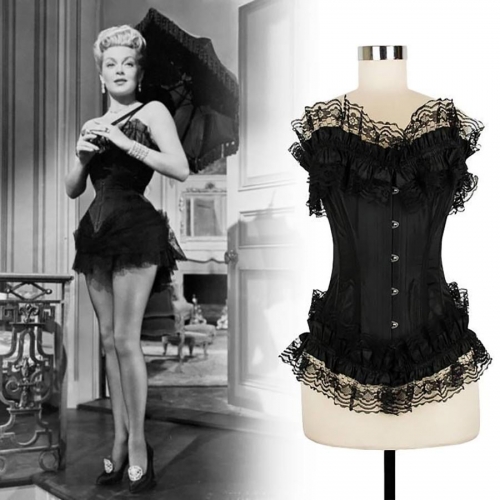 Plus expose her “merry widow” undies. 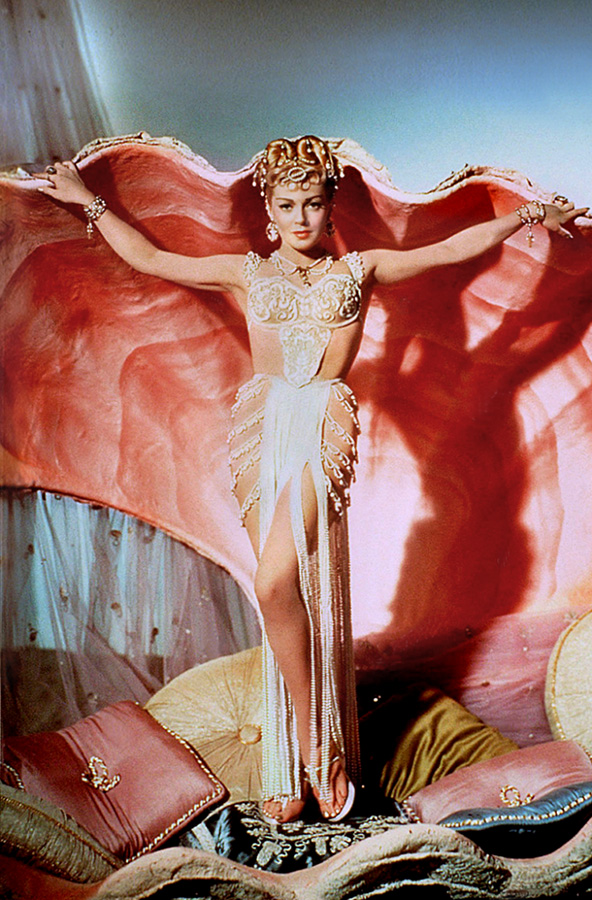 All sexed-up as a pagan priestess in this Biblical tale.

Her final costume drama but the best, with gorgeous 16th-c. gowns by Walter Plunkett. 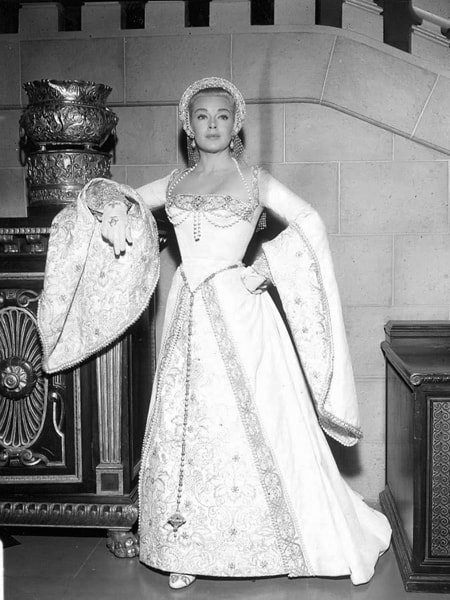 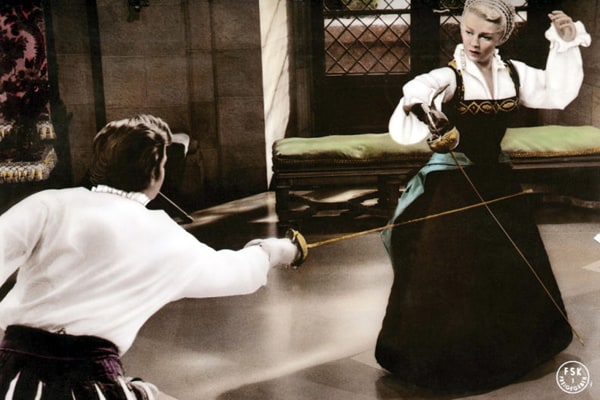 Lana Turner learned to ride & fence for this movie, doing all her own stunts. 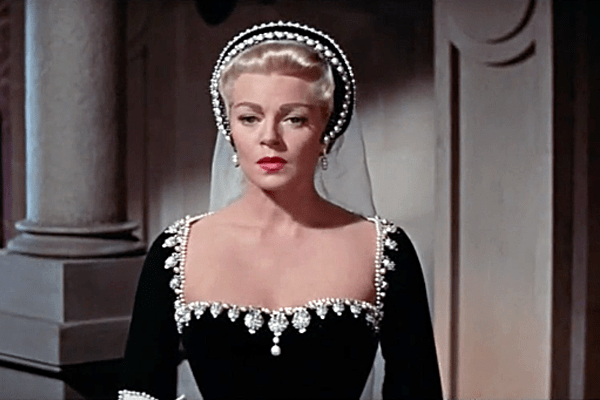 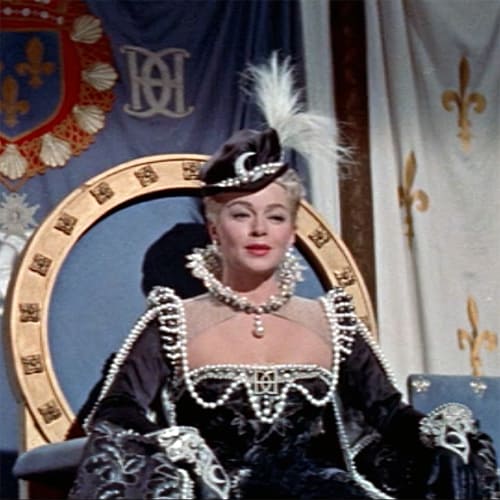 While unsuccessful at the box office, I feel this movie is underrated, so if you watch any of Lana Turner’s historical films, do look for this one!