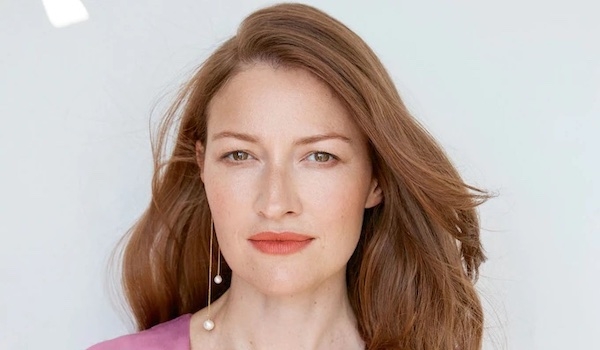 Scottish actress Kelly Macdonald is incredibly talented, stunningly beautiful, and has that great Glaswegian accent. She started in hipster movie Trainspotting, but quickly transitioned to doing many frock flicks. Let’s check out her resume!

The adaptation of the Balzac novel, set in the 1840s. Macdonald plays the sweet, pretty, young daughter of a rich family who marries older cousin Bette’s crush, launching all kinds of revenge. 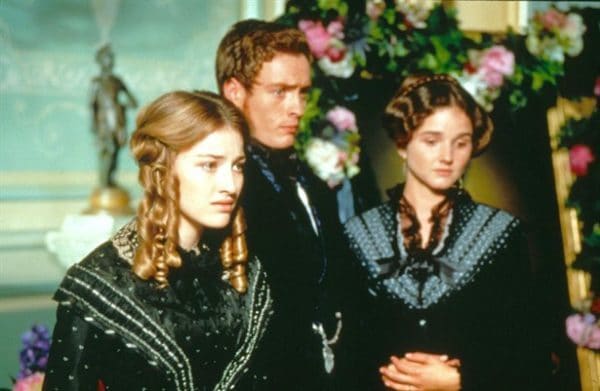 Macdonald is perfect for this era with her sausage curls. 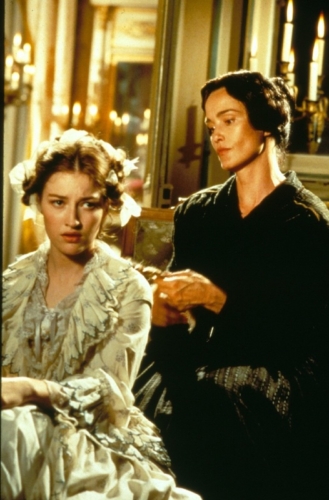 Having her hair styled by cousin Bette. 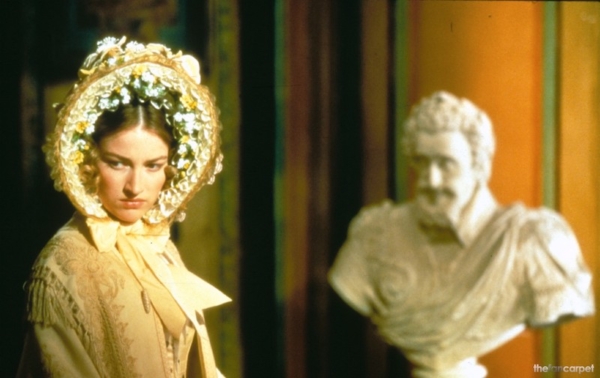 It’s not my look, but if you’re gonna bonnet, at least trim the bejesus out of it!

The loosely-based-on-history biopic of Queen Elizabeth I’s early reign. Macdonald plays “Isabelle” Knollys, the attendant who hooks up with Robert Dudley and gets poisoned in the process. 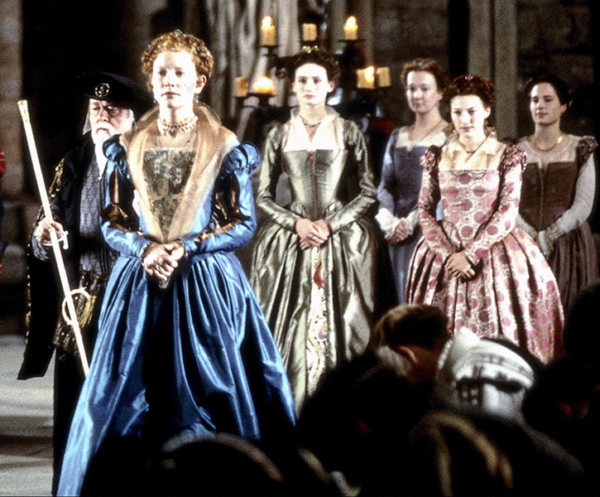 That’s her in the pink, Indian-style brocade. 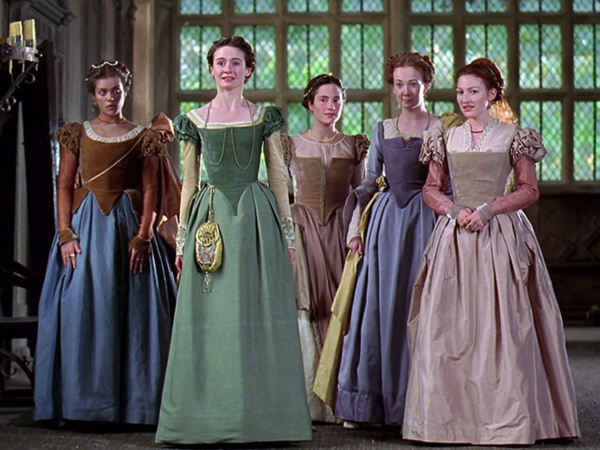 On the right, in the very Florentine dresses that all the lady’s maids wear. 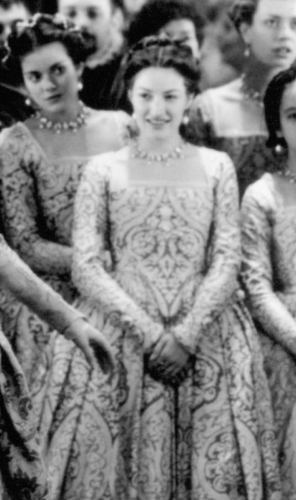 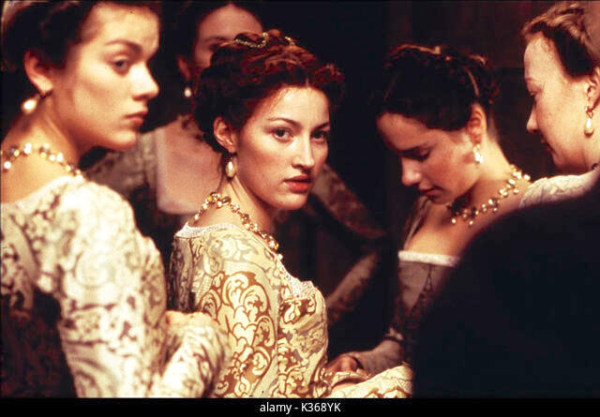 “A year in the life of a ten-year-old Scottish boy.” Looks like this is set in the 1920s? Looks like Macdonald plays the boy’s older sister. 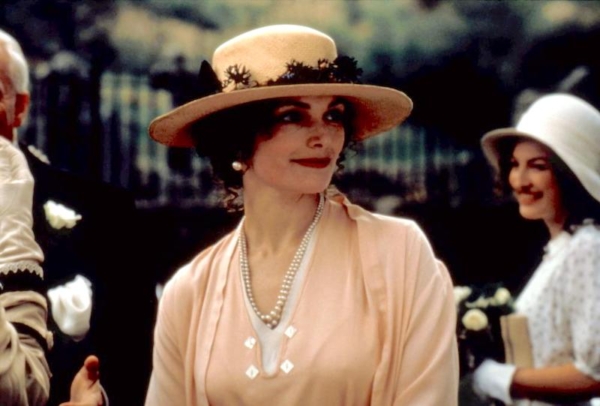 The only image I can find of Macdonald (back right) in the film! 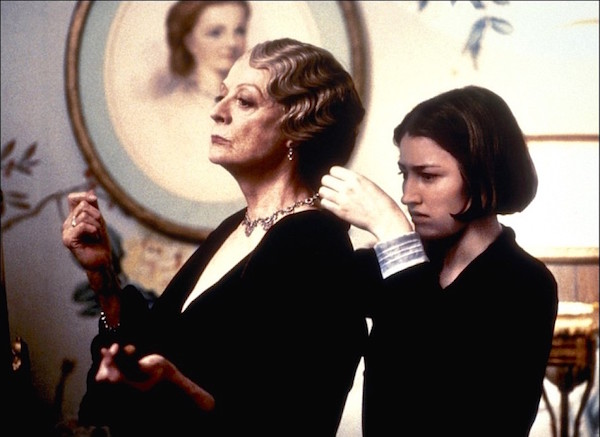 Wearing her hair bobbed, which would be dated by now. 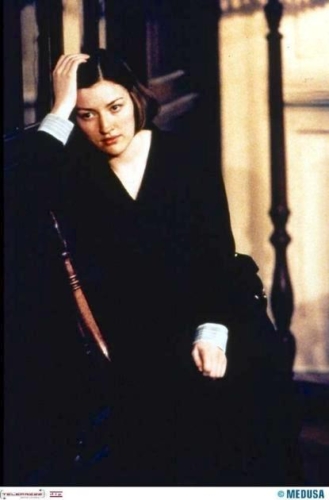 It’s hard out here for a lady’s maid! 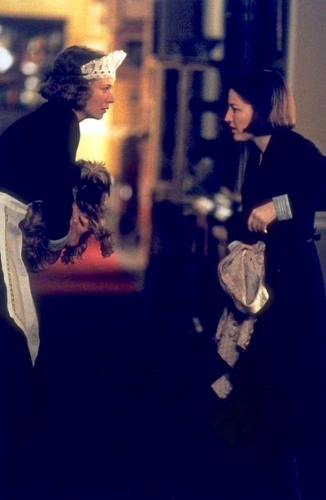 She learns from the more experienced servants.

A TV movie about an imaginary Vermeer painting as it travels through time and various owners. Macdonald plays “Aletta,” and I’m not sure which time period her character is in? 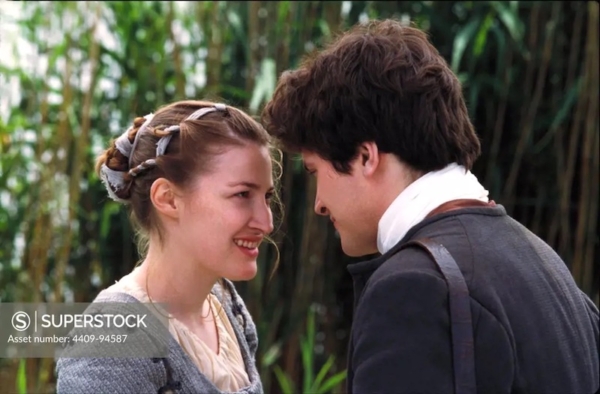 According to the plot summary in Wikipedia, the film includes bits in the late 19th century and early 18th, among others. It’s set in the Netherlands, so maybe this is a supposed to be a regional style?

A magical nanny arrives to take care of some children in the late 19th century. Macdonald plays “Evangeline, the Browns’ scullery maid, who dreams of being an educated lady” per Wikipedia. 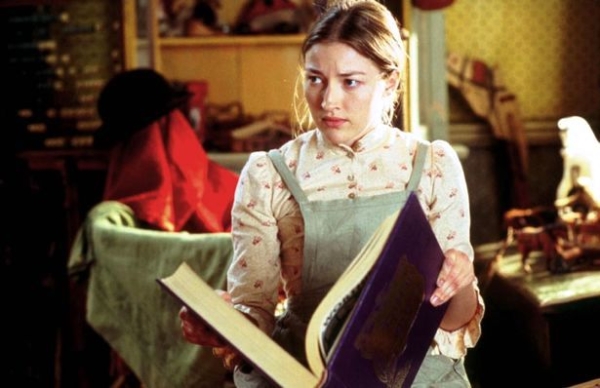 Evangeline helps with the children; is this story hour? 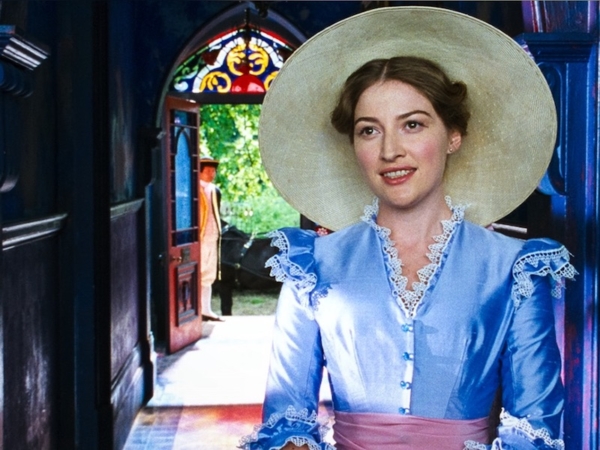 Evangeline comes up in the world. The costumes are very bright/over the top in this.

Crime happens in 1920s Atlantic City. Macdonald plays “Margaret Thompson – a young widow and mother who turns to Nucky for help out of an abusive marriage, becoming his mistress and later his wife” (thanks Wikipedia). I know I SHOULD want to watch this, but I’ve never been inspired! 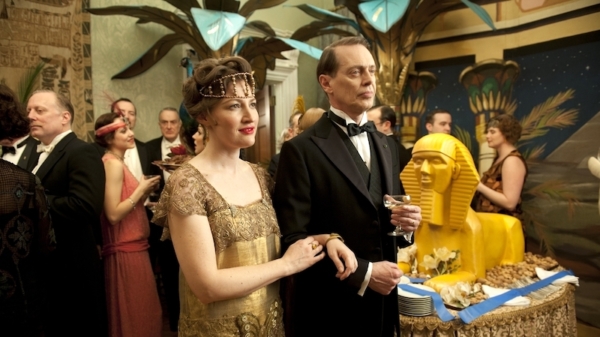 Some kind of Egyptomania party? 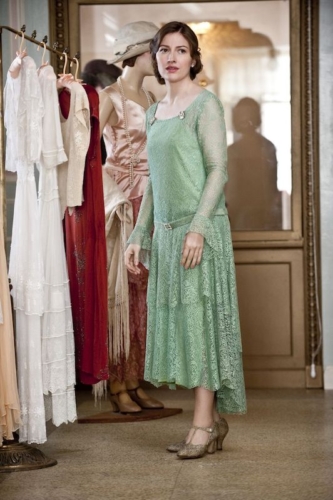 That’s very pretty, with the dropped waistline and dress clips. 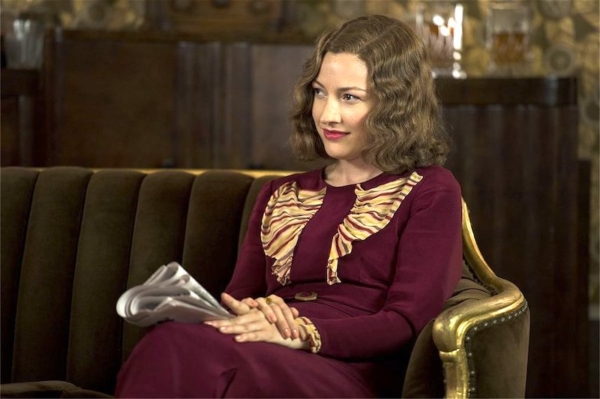 Clearly she comes up in the world! Great collar! Okay so it reads more 1930s than 20s…

The movie-as-play adaptation starring Keira Knightley. Macdonald plays Dolly, a Russian princess whose husband is cheating on her. 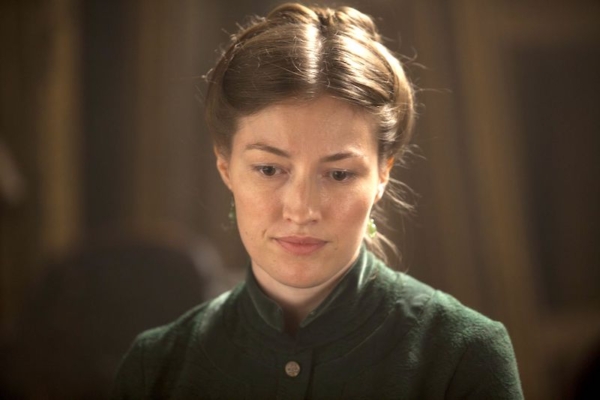 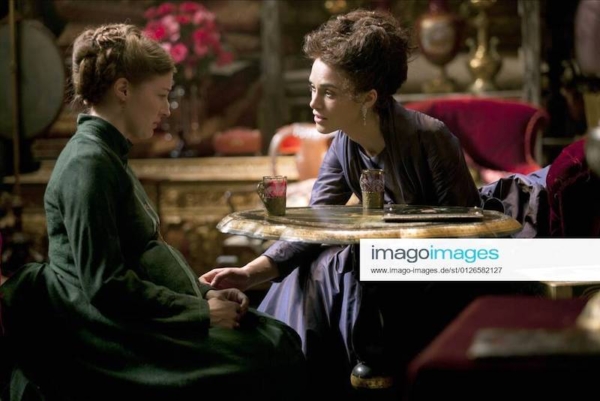 An adaptation of a 1930 children’s novel. Macdonald plays the mother of some children on holiday. 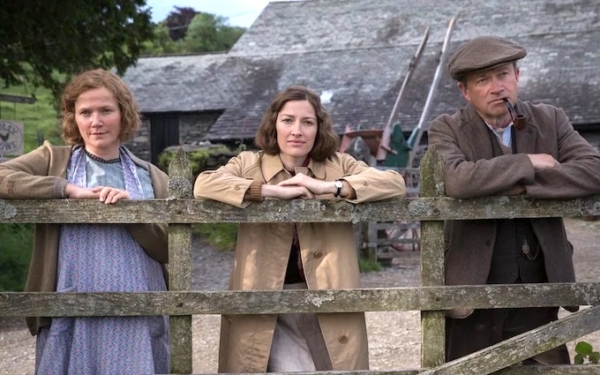 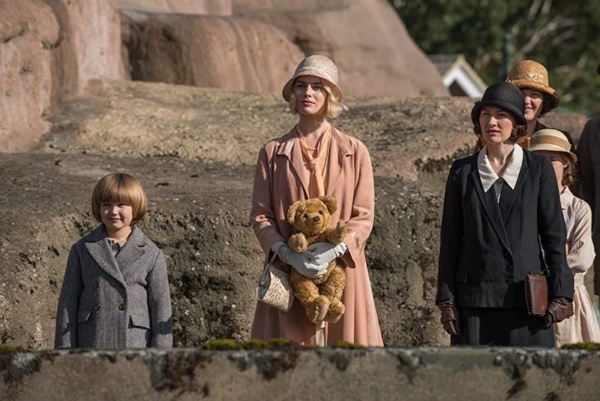 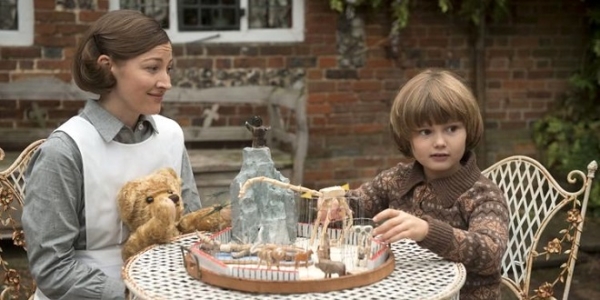 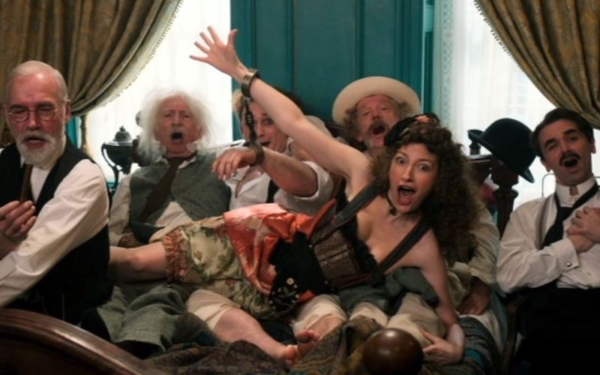 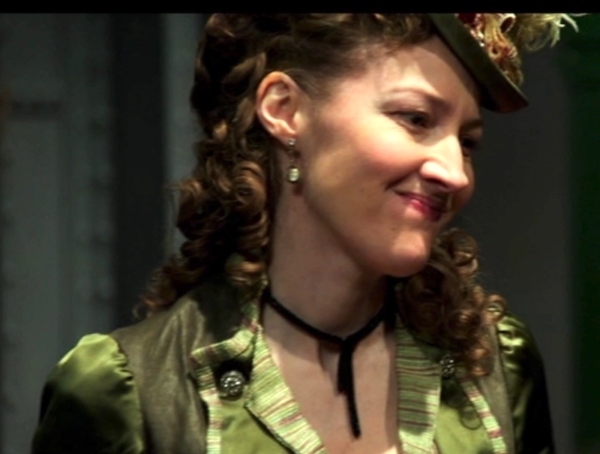 I really wanted to see the costumes in this, which look theatrical but good, but I couldn’t get past how un-funny the film was.

A British comedy TV show that tells supposedly true stories about real people. Macdonald plays Princess Margaret in the episode in which she supposedly hangs out with Mick Jagger. 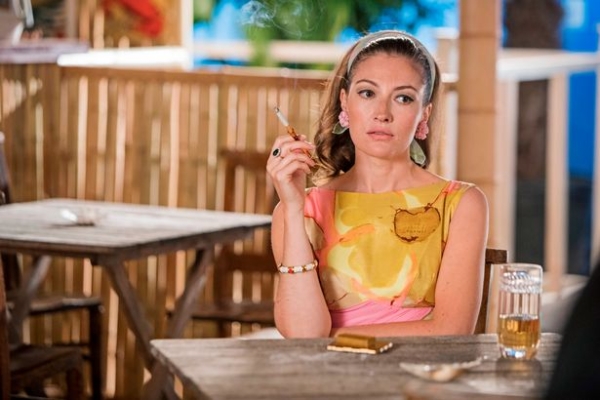 Set during World War II, about the British deception operation of the Second World War to disguise the 1943 Allied invasion of Sicily. Macdonald plays a widowed secretary who is key to the plot. 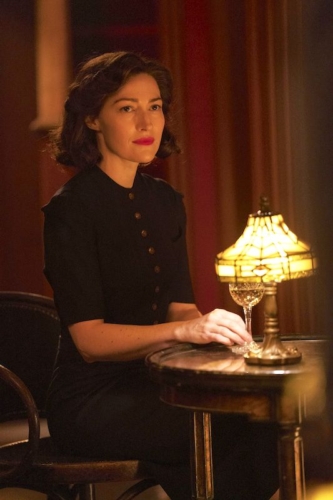 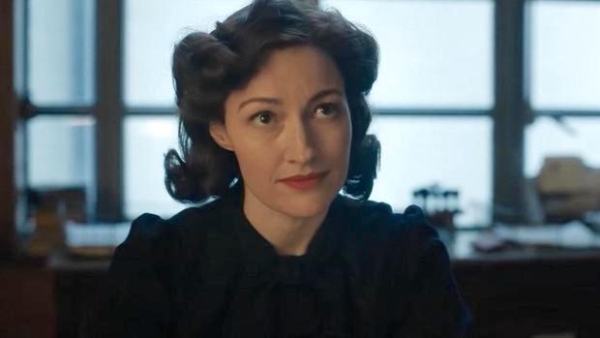