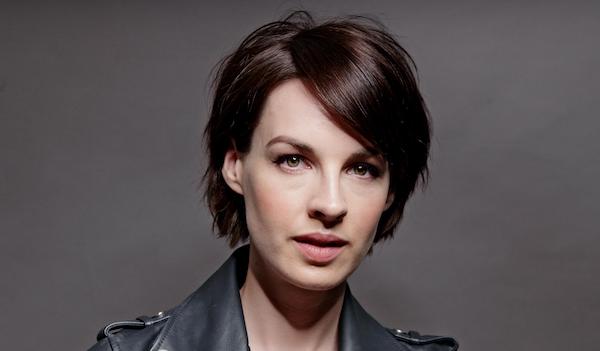 Jessica Raine is a dark-haired English actress who I’ve come to enjoy seeing in my frock flicks! You may recall her from Call the Midwife, Wolf Hall, and Jericho, and soon she’ll be playing Catherine Parr in Becoming Elizabeth. That seemed like enough of a frock flicks resume to deserve a roundup!

She had the small role of Isabella, Countess of Gloucester, first wife to King John, but before he was king (he had the marriage annulled), in this action-y Robin Hood movie that kind of got medieval women’s headdresses as a concept. 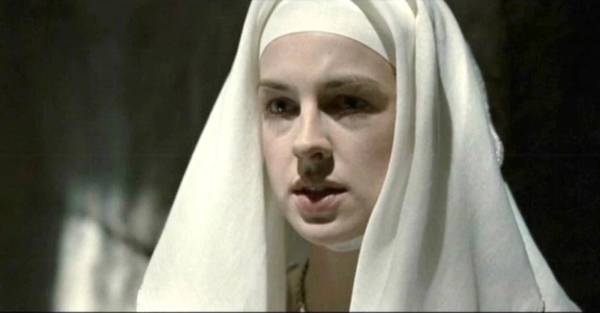 A gothic supernatural starring Daniel Radcliffe. Raine had yet another small role as a nanny. 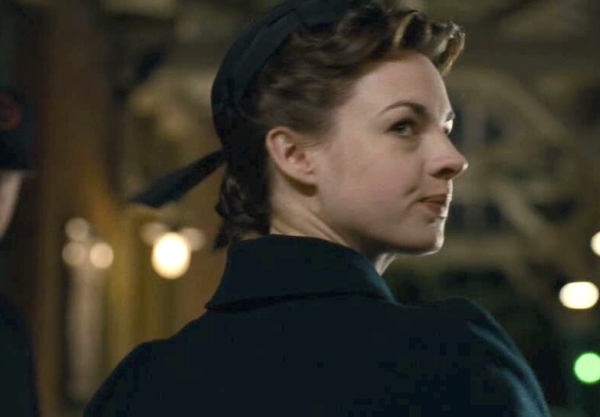 She was the lead of the series — Jenny Lee, who has just qualified to work as a midwife — for three seasons. I’ve never managed to make it through one episode, so you tell me if she’s good! 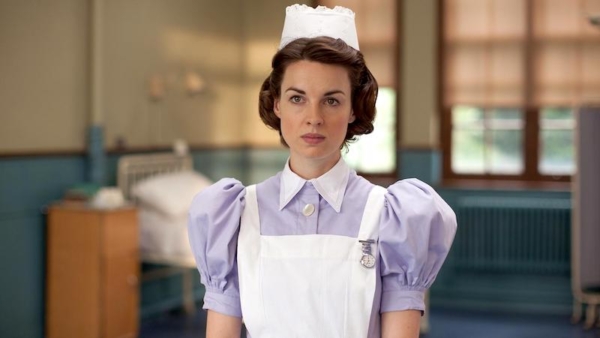 Those are some puffy sleeves! 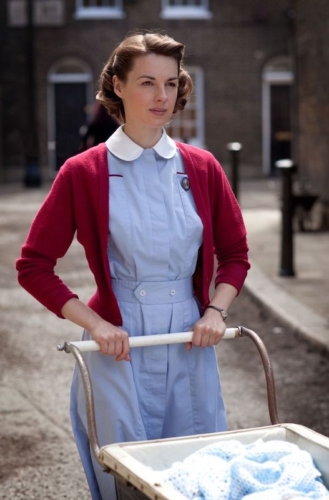 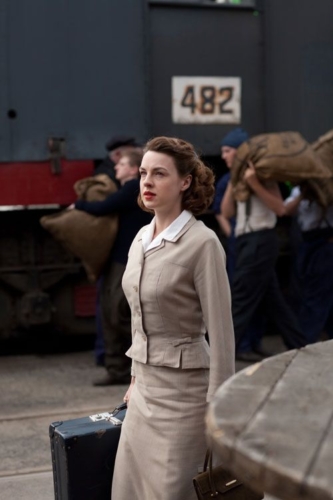 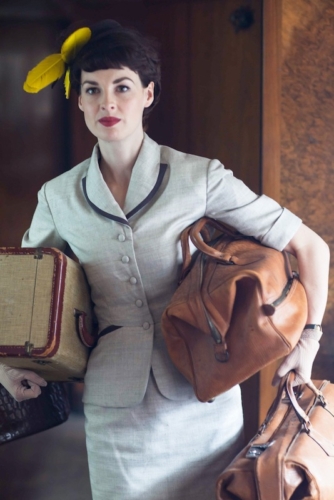 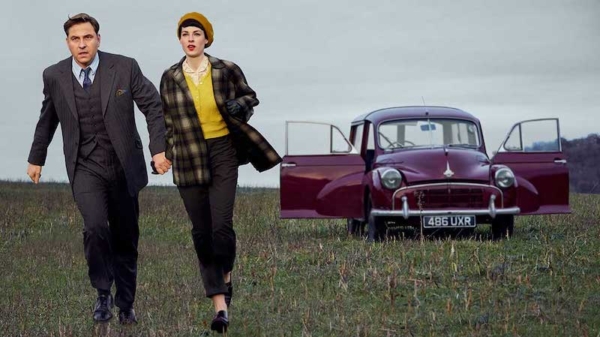 ooo, in pants and plaid!

She played Jane Rochford, wife of Anne Boleyn’s brother George, who testified against the two in their adultery trials. 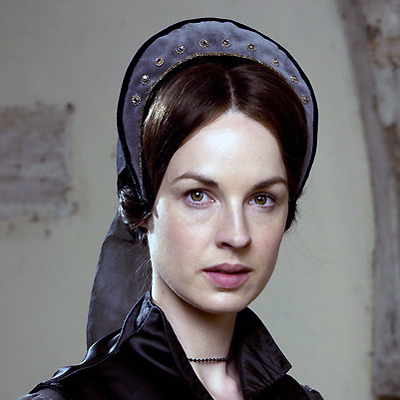 If only the hoods were better, this series could be perfect. Those aren’t grommets, thank god, but are the shisha mirrors? 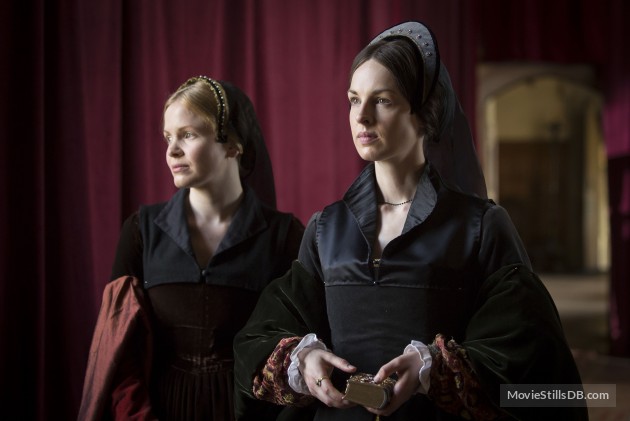 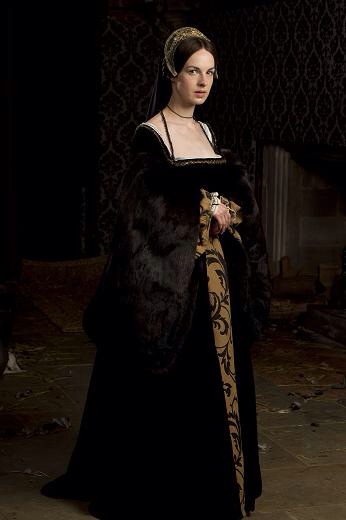 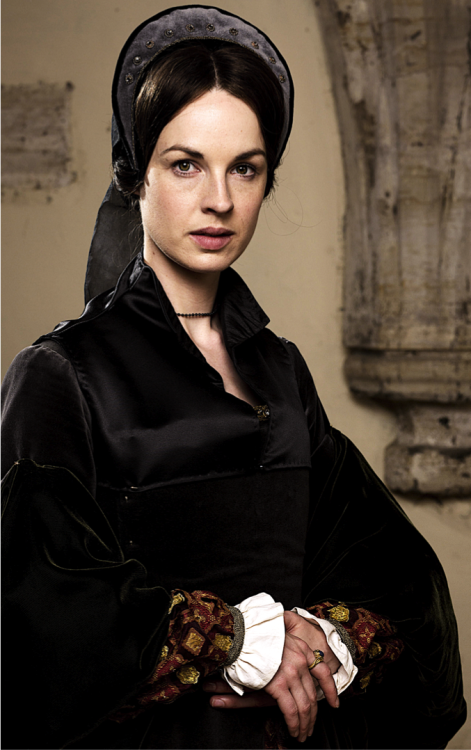 Just ignore the hood (and be grateful it’s there at all).

As a newly down-and-out younger mother who has to move to a railroad shanty town in 1870s Yorkshire. She of course finds her inner strength and a boyfriend. 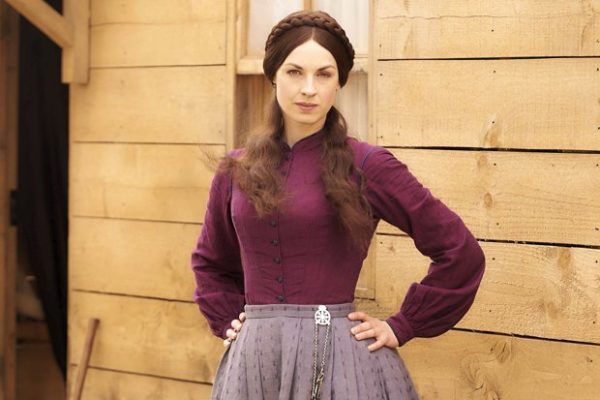 They decided to show her newfound strength via hair partially down. Gag. 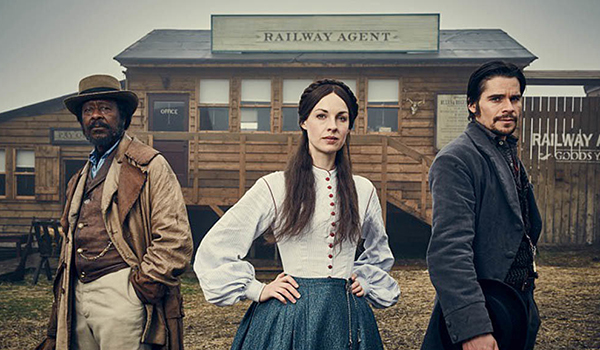 The show emphasizes how wild-west-y this world was. 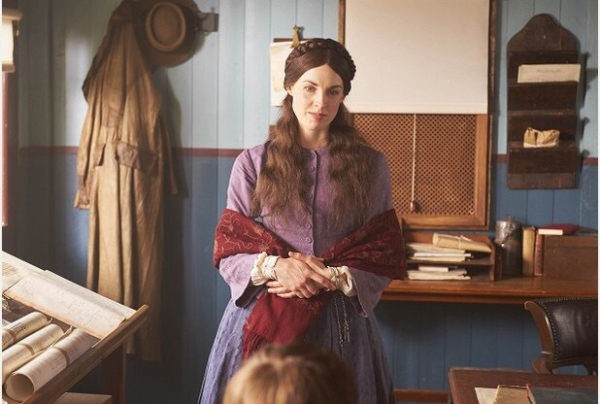 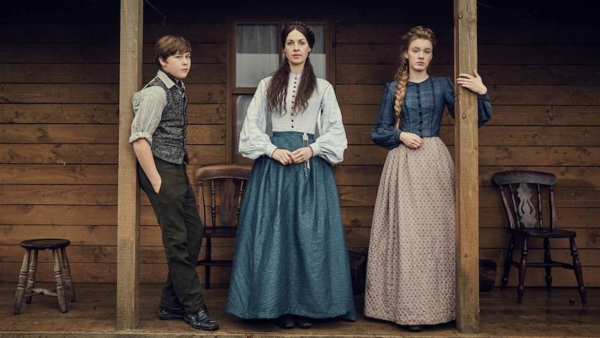 With her two children.

Set in what was then the Federation of South Arabia, during the Aden Emergency/Radfan Uprising of 1963. Raine plays a wife of one of the British officers stationed there. 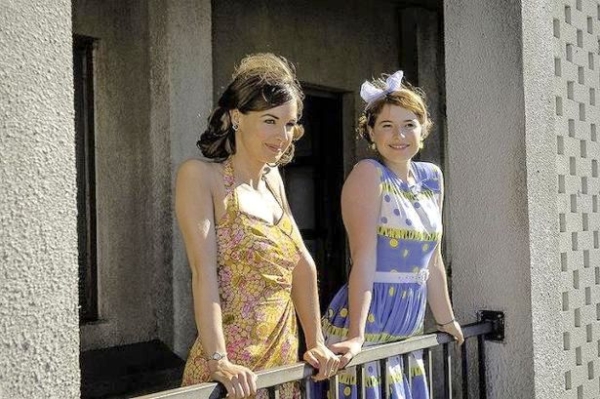 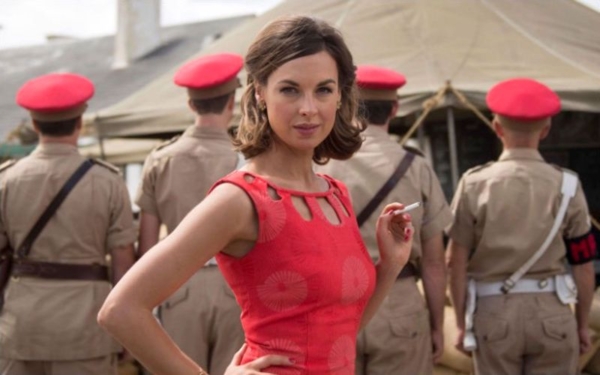 I’m guessing Raine is the sexy one. 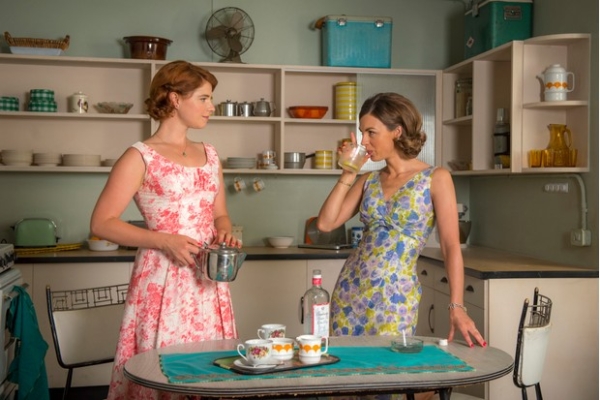 I love the print on Raine’s dress! 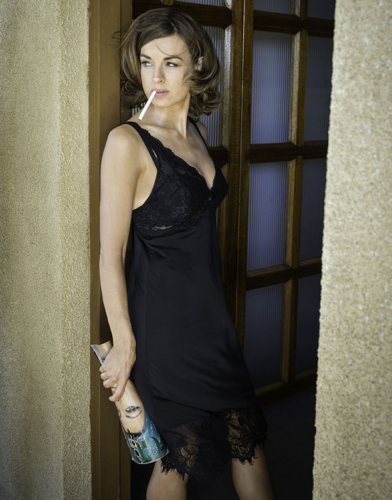 DEFINITELY the sexy one. 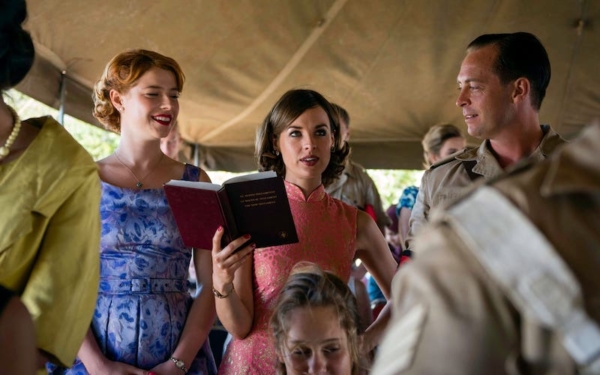 An adaptation of an 1871 Sheridan Le Fanu novel, an early work of vampire fiction. Spoiler alert: Trystan hated it (short review coming soon). Raine plays a strict governess (is there any other kind?). 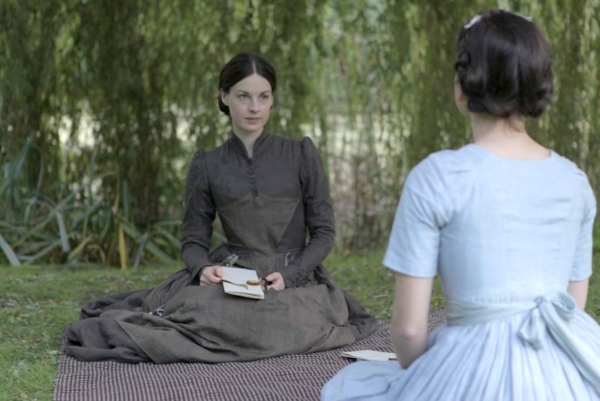 She’s got a pinner apron on over her gown. 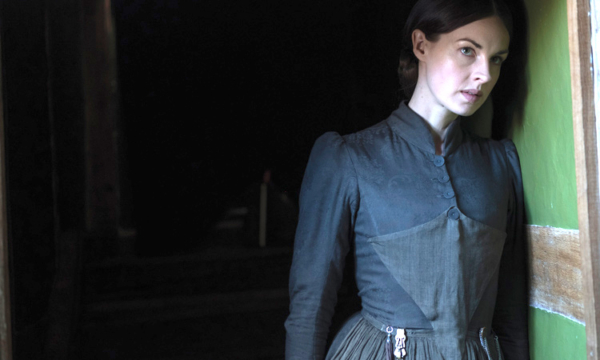 ooo and a chatelaine!

Raine will be playing Catherine Parr, last wife of Henry VIII and stepmother to Queen Elizabeth I while she was still a princess. I’m looking forward to it! 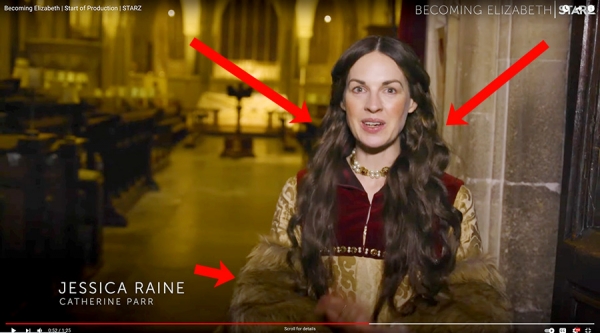 This is from Trystan’s post where she’s pointing out the hair issues. 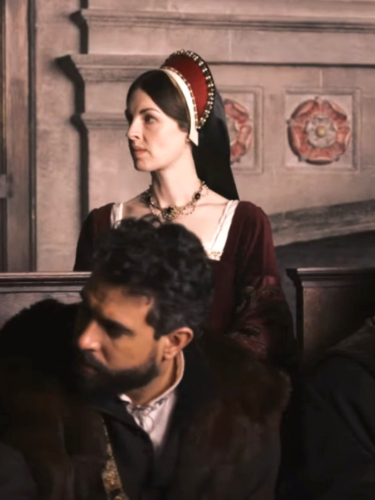 This looks much better, except the hood continues to be sticky uppy!

Do you enjoy Jessica Raine in your frock flicks?