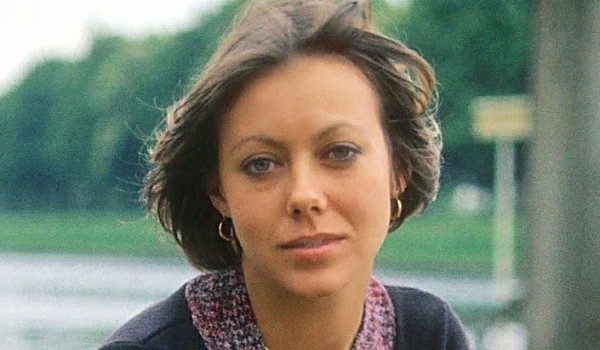 English actress Jenny Agutter recently had a birthday, and as I was posting images to Frock Flicks social media, I was surprised by just how many period films/TV series she’s done! There wasn’t room to post them all there, so I thought she deserved a feature here on the blog.

Her break-out role in a story of an Edwardian family whose father is accused of being a spy, so the family has to move to a run-down home near train tracks. I feel like that beret may have been pivotal in some people’s lives. A story about a fictional German plot to kidnap Winston Churchill near the end of World War II. Nice piping on the sleeve cuff. I think I generally like this, with some questions about the hair and the ball fringe. A TV movie focusing on romantic relationships between the pilgrims (blech). With Anthony Hopkins! Clearly a high level of historical accuracy was involved. I’m hoping there’s a plausible reason for the hair!

An Australian horror story about a man who survives a plane crash and starts having visions; I’m not sure why Agutter is in Edwardian costume here, but I’m being a completionist! An adaptation of the early-19th century-set George Eliot novel. Looks good, from what I can see!

As Rosaline in the Shakespeare play, reset in the mid-18th century. About a famous 18th century horse. Not my favorite hat look. Whoa, a cap with lappets!

The 1870s-set story of four Americans taking on England through marriage, based on the Edith Wharton novel. Agutter plays the slightly older mistress of an English lord who gets set aside for a new American wife. And a lovely Japanese-esque dressing gown!

An adaptation of a Philippa Fucking Gregory book, set in 1787 and centered on the British slave trade. What is this madness? (Photo by Barry Batchelor – PA Images/PA Images via Getty Images)

In two episodes of this British series about a female doctor in 1895. Same story, but this time as the mom! The beret has been passed on! Her dress and hair are great.

In one episode of the 1930s-set murder mystery series by Agatha Christie. As the mother to a very complicated English family in this World War II-set story. It was really hard to track down an image of her in this. I have zero memory of her role in this.

A story set in 1895 Cornwall, which must have something to do with tin mining. I feel like this could be interesting, at least from a costume angle!