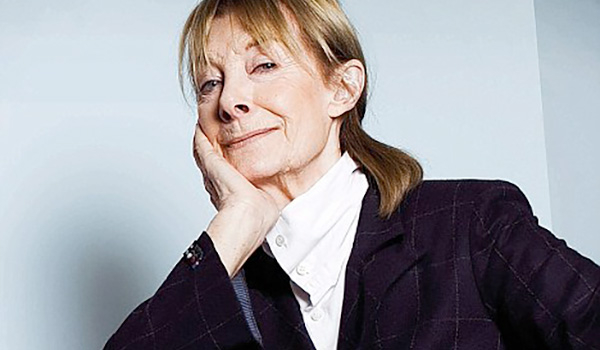 Jean Marsh is one of those quintessentially English actors to me, because, of course, I first saw her in the original Upstairs, Downstairs as the proper but feisty maid. Later, I learned she co-created the series with Eileen Atkins. The pair also created The House of Eliott (1991-4), and while neither acted in that series, Marsh did write for it. She’s performed in plenty of TV over the years — alas, the early U.K. serials are often lost completely and the later U.S. miniseries are impossible to find pix from. But here are some highlights of her varied career in frock flicks, perhaps with a fantasy tinge. 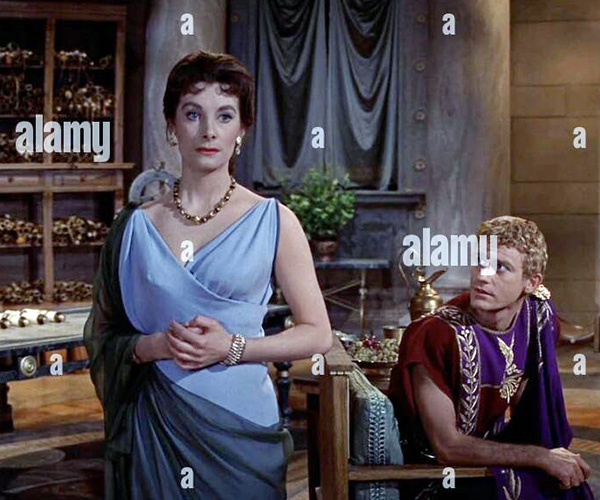 A small role as Marc Antony’s Roman wife, who he divorces for the Egyptian queen. Photo via Almay. 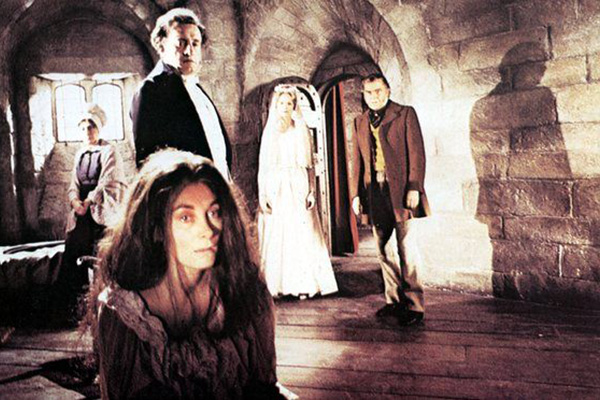 I loves me a madwoman in the attic! 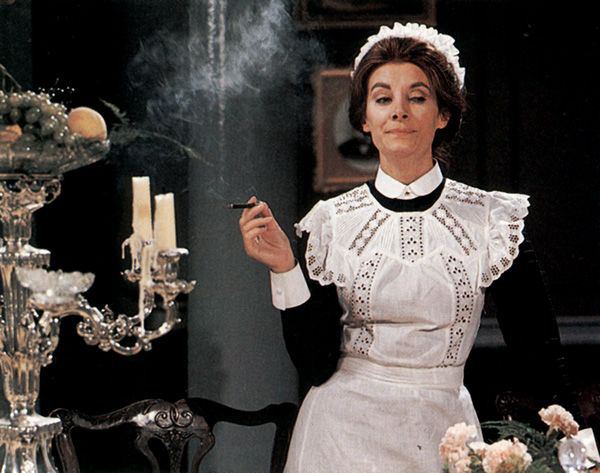 Yes, that’s a behind-the-scenes photo. So sassy! Marsh won a Emmy Outstanding Lead Actress in a Drama Series for this role in 1971. 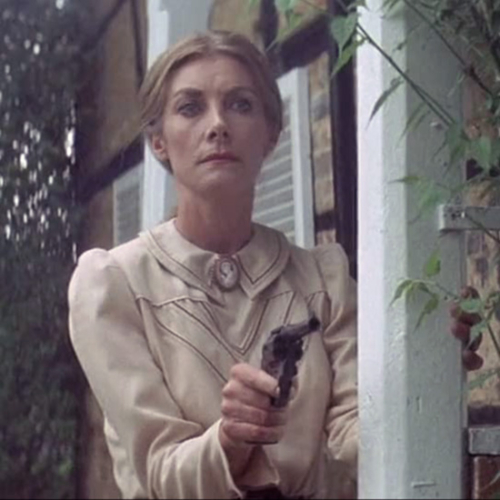 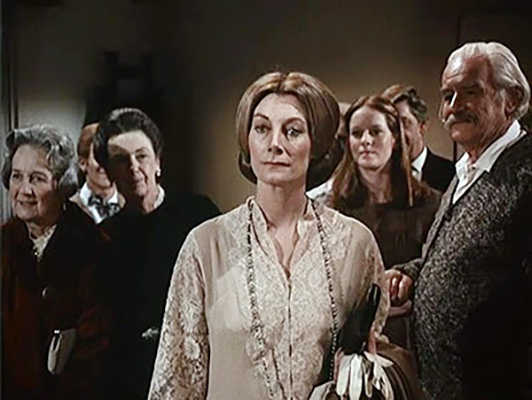 One episode of this Depression-era TV series where Marsh guest-stars as a relative who arrives from war-threatened Vienna. 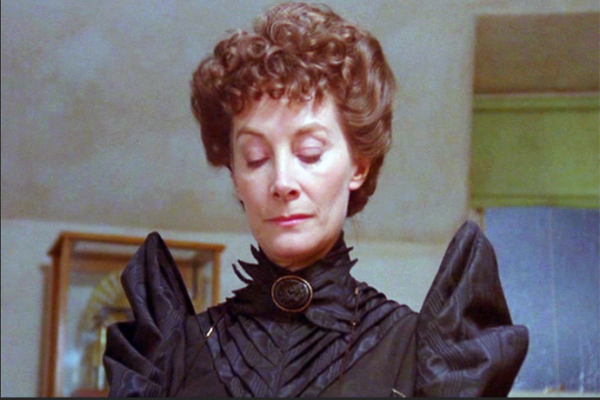 A fantasy film that starts in 1899, & I wish I could find better pix because LOOKIT that awesomely evil late-Victorian blouse! 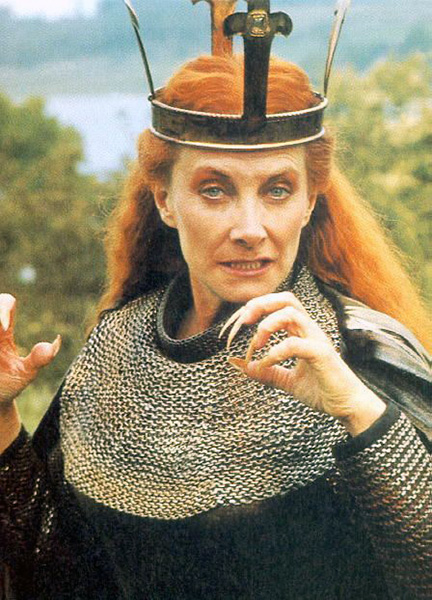 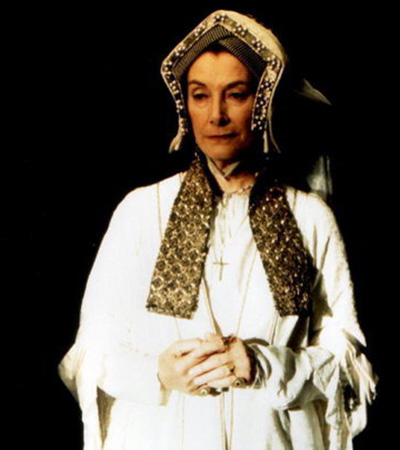 This is on my watchlist because it’s Henry VIII on his deathbed being confronted by all the bad shit he’s done. Marsh plays an amalgamation of all his past queens, interrogating him. YES.

Furmity Woman in The Mayor of Casterbridge (2003) 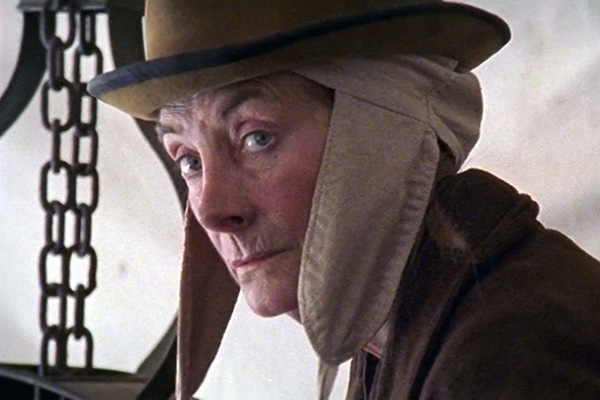 A small, almost wordless role, but crucial because the main character buys booze from her, & in his drunkness, sets the plot in motion.

Mrs. Ferrars in Sense and Sensibility (2008) 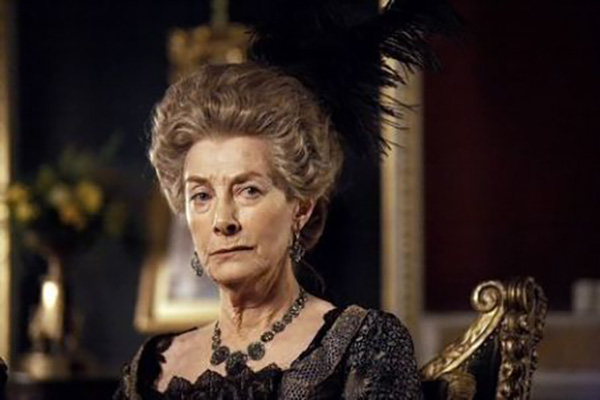 Just trying to get her sons married off, in this less-beautiful Austen adaption. 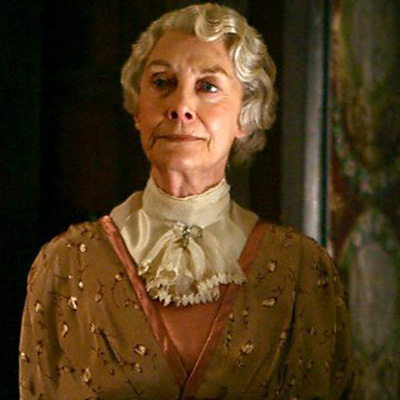 In the middle of a three-part anthology of ghost stories, Marsh is part of the disapproving family of a newly engaged man in the 1920s. 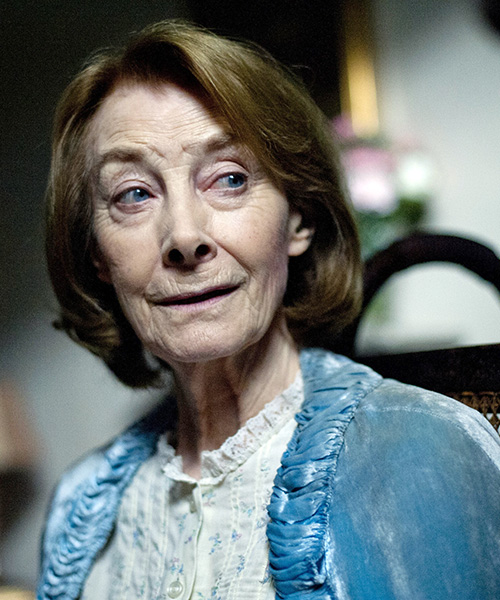 A continuation of the original series where Rose is now the housekeeper for a new family in the 1930s. However, this series didn’t last very long because it premiered at the same time as Downton Abbey, which copied the idea on a grander scale.