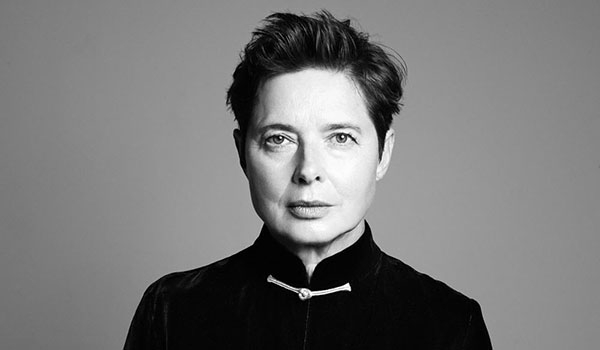 We have sort of an unhealthy obsession with Isabella Fiorella Elettra Giovanna Rossellini here at Frock Flicks, so it’s amazing that it’s taken us this long to feature her on a Woman Crush Wednesday post. Isabella Rossellini is the daughter of the eternally luminous Ingrid Bergman and the critically acclaimed neo-realist director, Roberto Rossellini. Those of us of a certain age grew up with her as the face of Lancôme cosmetics between 1982 and 1994. At 63, she’s recently returned as their spokesmodel (a far cry from when she was fired at 44 for being “too old”).

But, of course, the the primary reason why we are all so in love with Isabella Rossellini is because of her incredible costume film portfolio. So, without further ado, here’s her highlight reel! 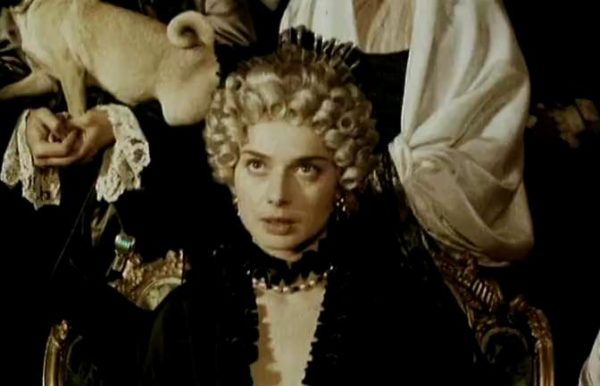 In 1991, Rossellini appeared in Caccia alla vedova (English title: The Siege of Venice) as Rossana, a woman who is widowed on her wedding day. 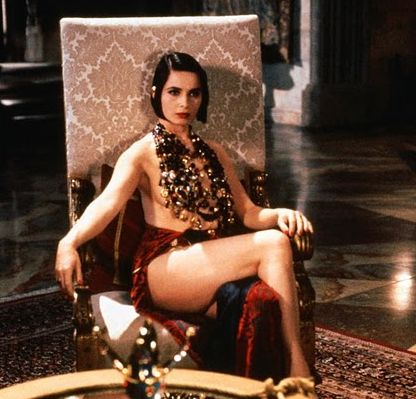 Ok, so it’s not strictly an historical costume flick, but I love this movie beyond all reason, so it’s going in the list. Death Becomes Her (1992), as Lisle Von Rhuman, the immortal mistress of the beautiful and famous who never want to grow old and die. 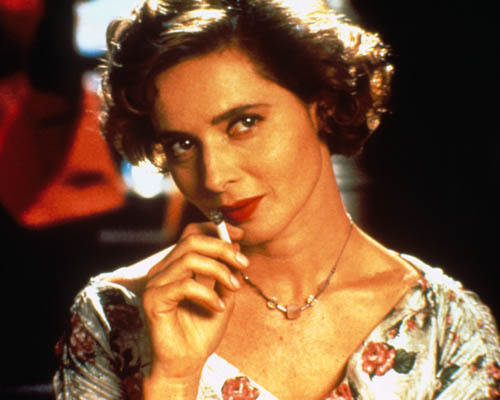 In 1993, she starred in The Innocent, a post-WWII noir mystery. 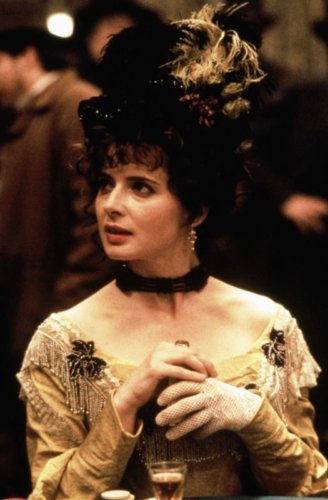 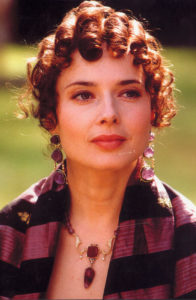 She played the Countess Anna Marie Erdödy in Immortal Beloved (1994), and officially had the best hair ever. 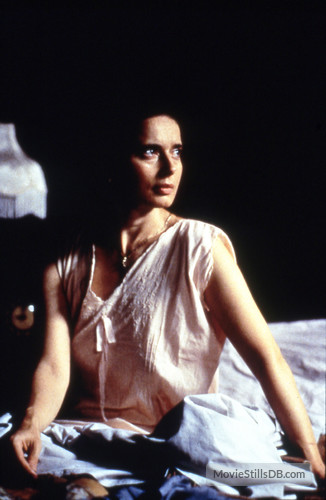 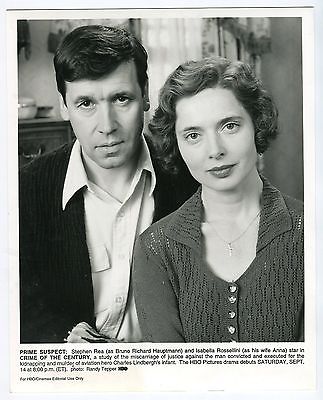 Also in 1996, and also set in the 1930s, Crime of the Century deals with the Lindbergh baby kidnapping, murder, and subsequent trial. Rossellini plays Anna Hauptman, wife of the alleged kidnapper. 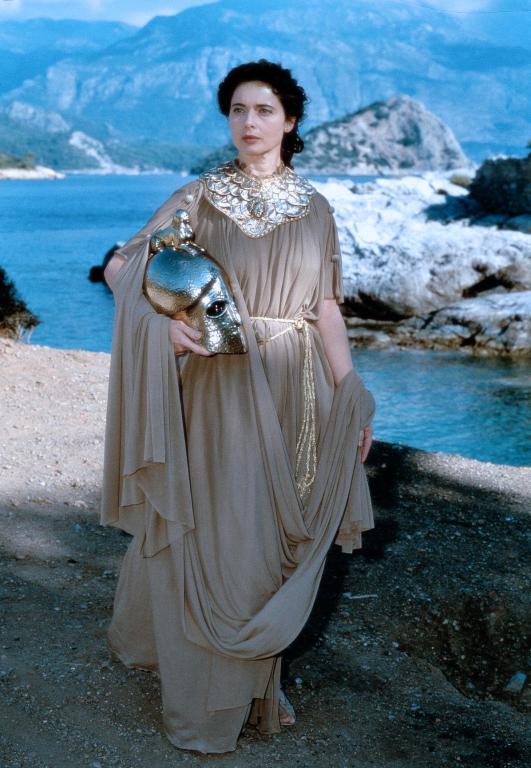 Here she is portraying the goddess Athena in the short lived series The Odyssey (1998). 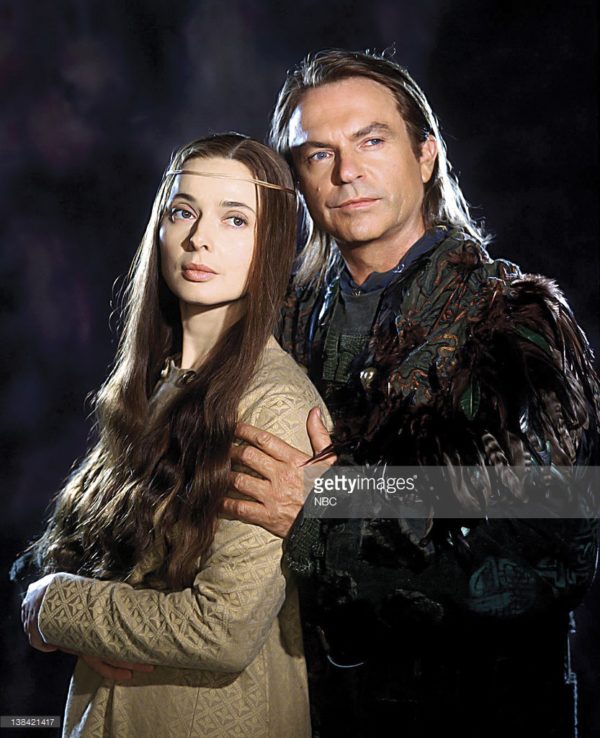 Here she is in another 1998 role as Nimue in Merlin, opposite Sam Neill. 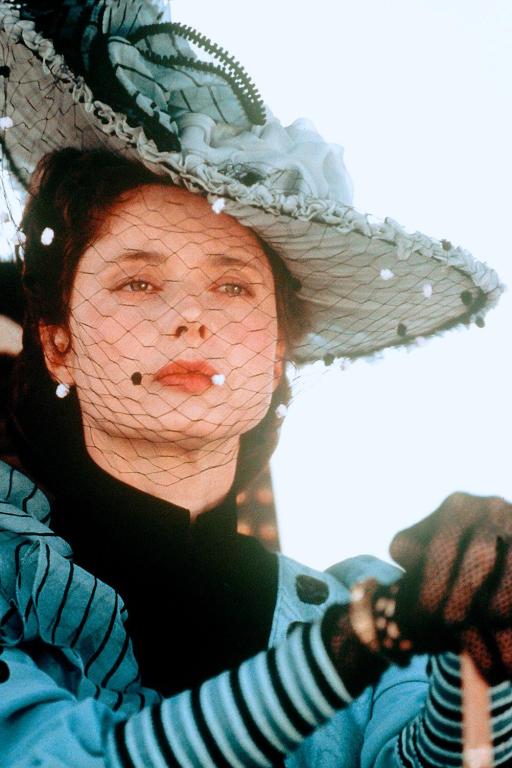 Rossellini starred in the TV miniseries Don Quixote (2000) as The Duchess. 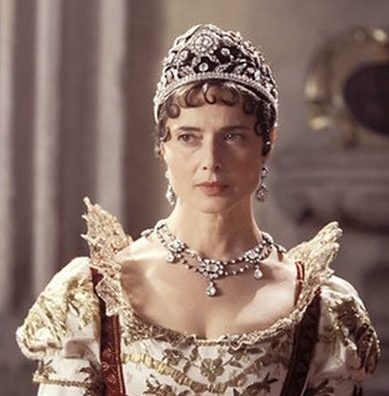 In 2002, she played Empress Josephine in Napoleon. I really want to adjust that tiara, though… 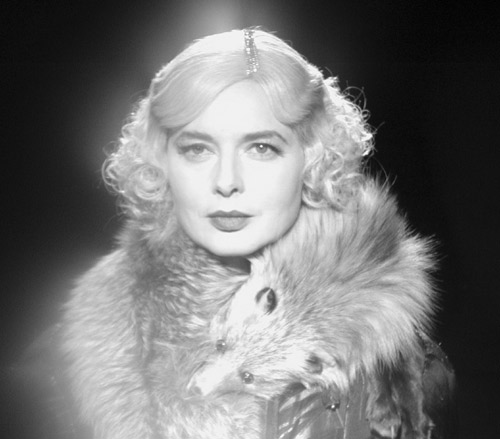 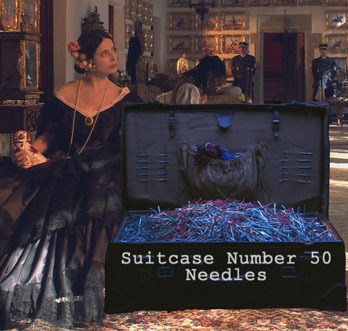 The Tulse Luper Suitcases (2003) looks like an amazing costume flick… If you can get past the whole Peter Greenaway craziness that’s layered throughout. I wish there were better shots of Isabella’s costumes online, because now I’m going to have to brave the insanity and watch it. :P 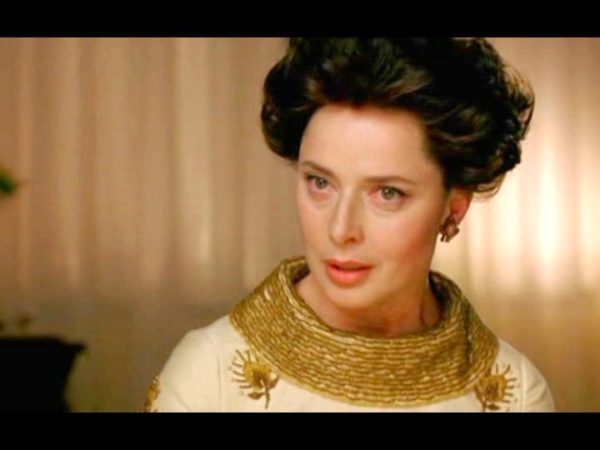 In 2006, she played Marella Agnelli, Neopolitan aristocrat and Truman Capote’s BFF in Infamous. 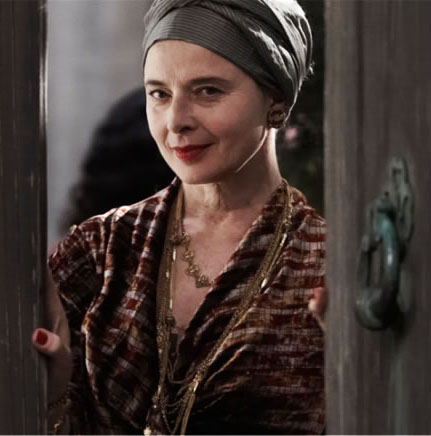 Chicken With Plums (2011), a French film based on a graphic novel of the same name and centered on the life of famous musician Nasser Ali Khan. Rossellini plays Nasser-Ali’s mother, Parvine.

There’s a final film that I can’t track down photos of, Silent Life (2016), in which Isabella Rossellini plays Rudolph Valentino‘s mother, Gabriella. Can’t wait for this one to hit the U.S. market at some point!

What’s your favorite film starring Isabella Rossellini? Share it with us in the comments!