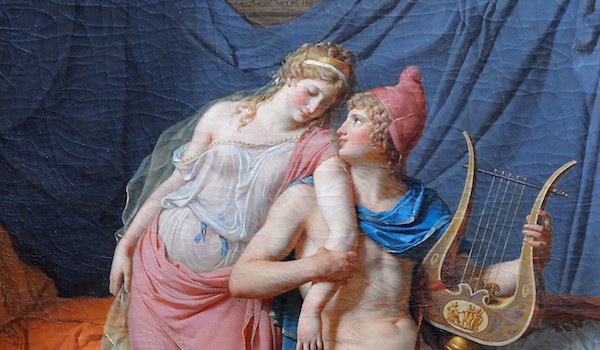 The face that launched a thousand ships, the most beautiful woman in ancient Greece … what should Helen of Troy look (and dress) like? Let’s take a look at her portrayals on the silver screen! 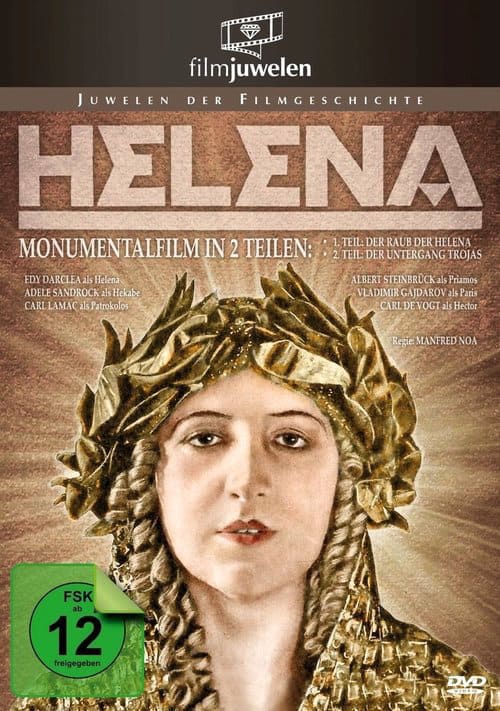 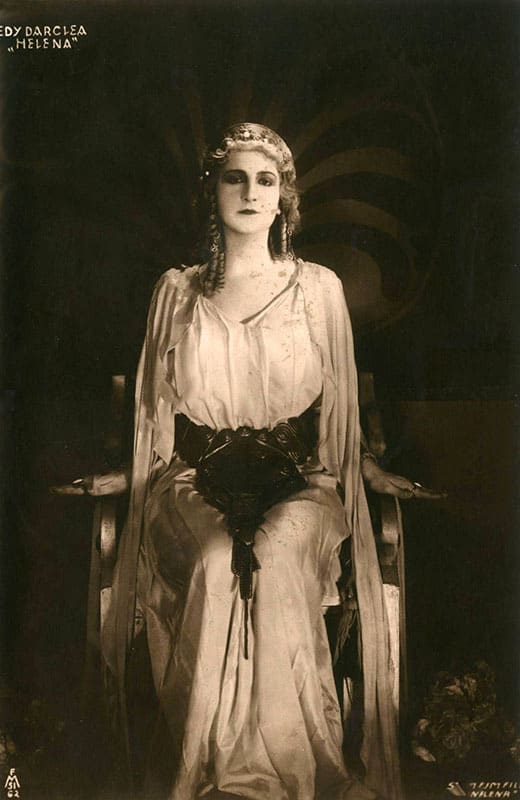 Another silent, this one an American production. Hungarian actress María Corda took the title role. 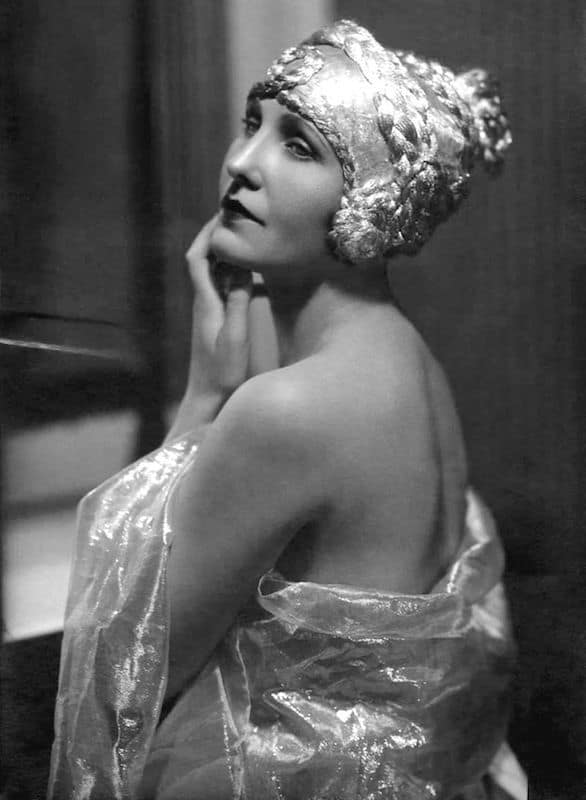 That wig is totally 1920s, at least in the fact that it’s made of silver material … but it’s AMAZEBALLS. 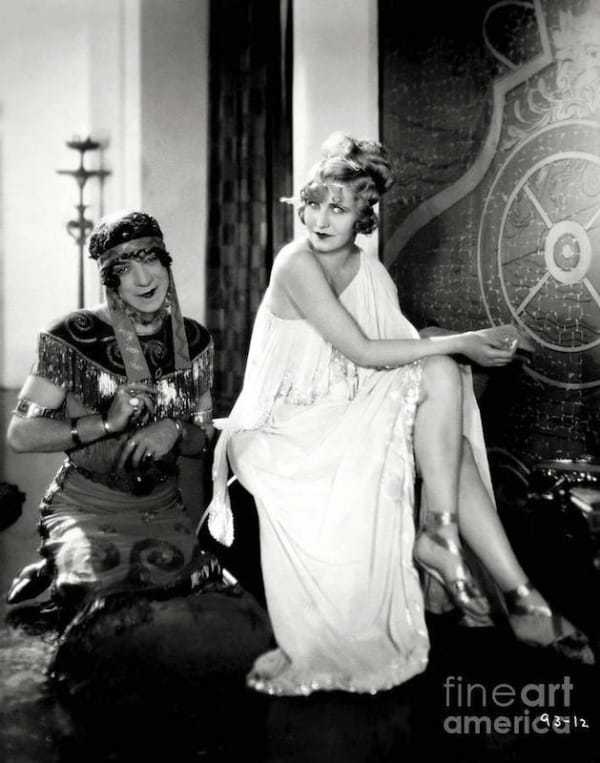 I guess Helen has a cross-dressing attendant? 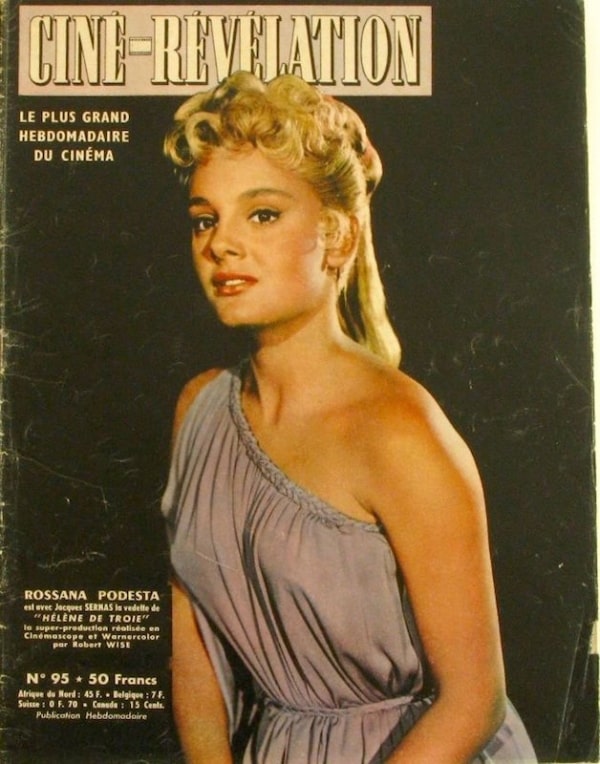 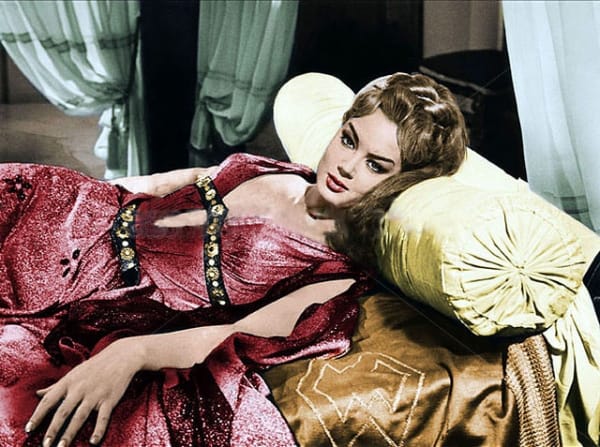 Apparently I missed the part where Homer talked about winged eyeliner? 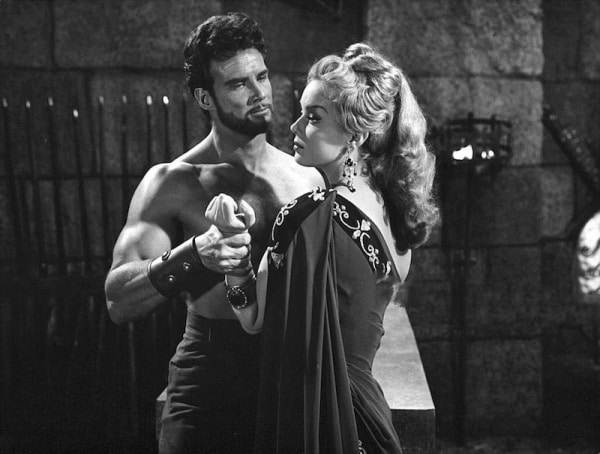 There’s no girdle under there, oh no!

An Italian/French production, with French actress Yvonne Furneaux as Helen. 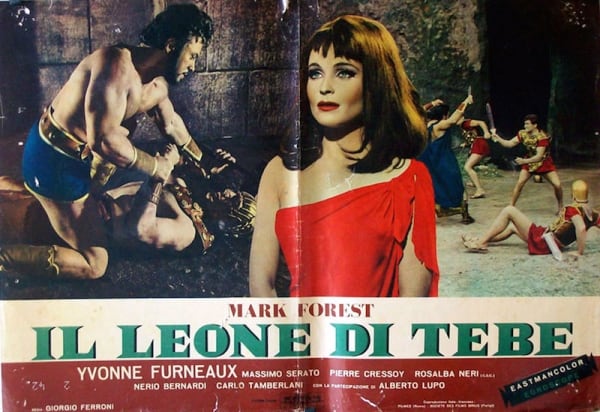 A British adaptation of the 16th century Christopher Marlowe play, in which the title character bargains with the devil for his soul. LIZ TAYLOR plays Faustus’ love interest, who apparently shows up periodically throughout the story; according to Rotten Tomatoes, “The Devil tempts Faust at every turn by confronting him with the seven deadly sins and Helen of Troy (Elizabeth Taylor), who appears throughout the film in various stages of undress as Doctor Faustus stands firm.” 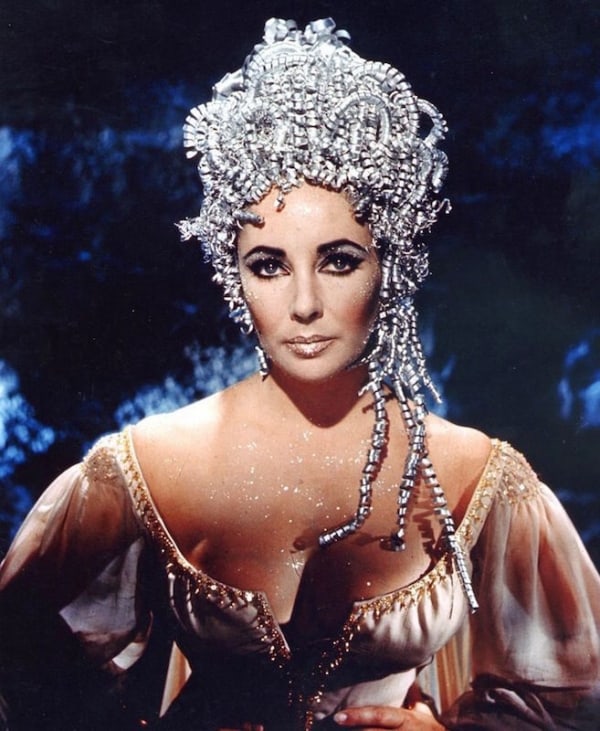 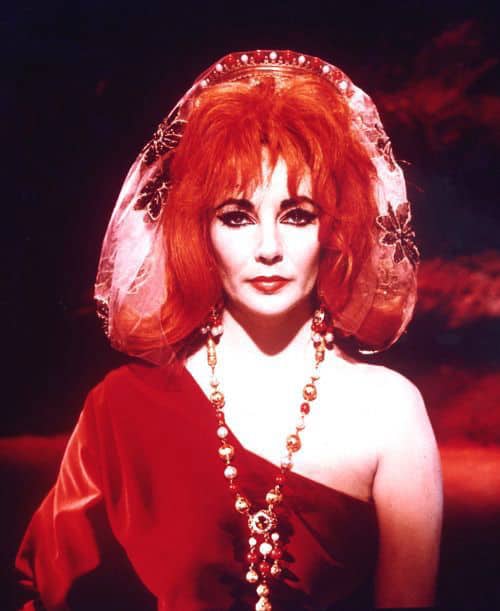 She didn’t do anything by halves!

An adaptation of a classical era tragedy by Euripides, which tells the story of the aftermath of the Trojan War by focusing on the fate of the various female characters. It’s very sympathetic to the Trojan side; Irene Papas (an actual Greek woman!! You know her as Catherine of Aragon in Anne of the Thousand Days) plays Helen as a seductress who is responsible for all this suffering, unlike most productions that make her sympathetic. 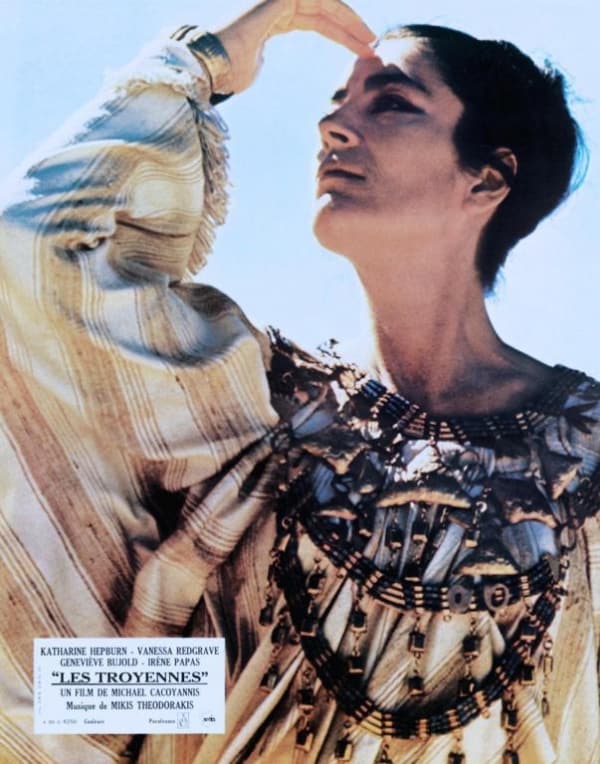 I love that they cast an actual Greek woman (yes, I’m ignoring the many American/British actresses in other lead roles). 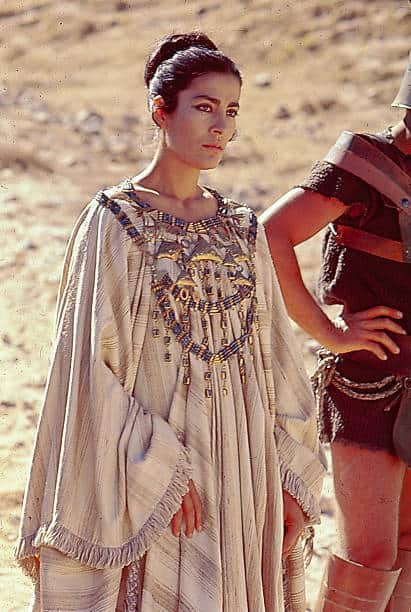 Nice jewelry, even if otherwise the dress is a big sack…

A TV miniseries (with Rufus Sewell as Agamemnon!). Helen is played by Sienna Guillory (The Buccaneers, The Virgin Queen). 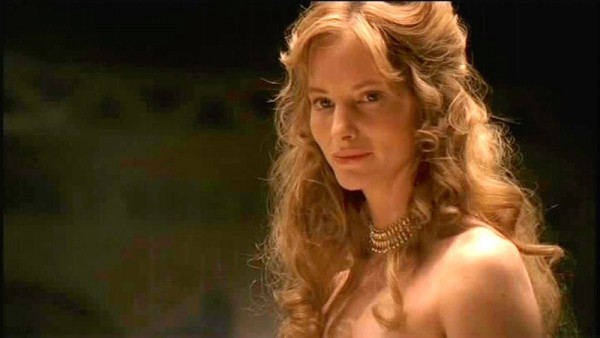 Did Homer WRITE Helen as blonde? 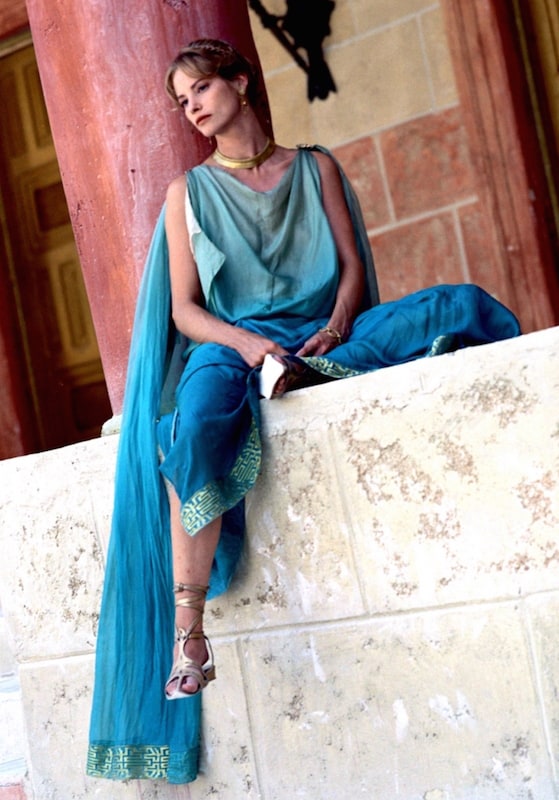 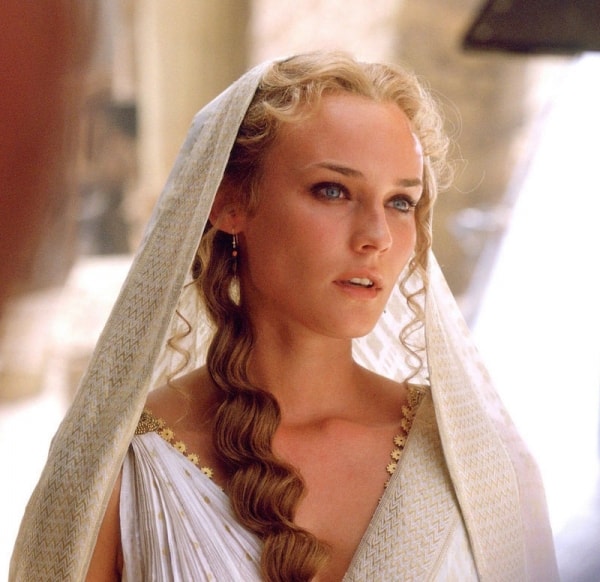 I do love an artful wave! 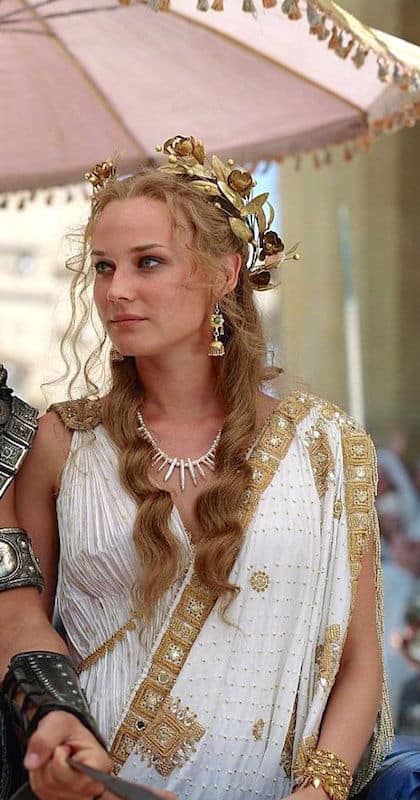 ALL the bling! It’s VERY sari tho.

A British/American TV miniseries, recently available on Netflix. Bella Dayne (The Man in the High Castle) takes on Helen. 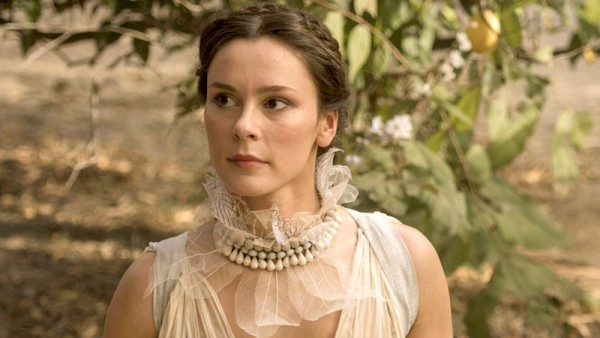 This whole ruff with beads thing was interesting — I’m not sure if I love it, but it’s certainly different than your typical Helen look. 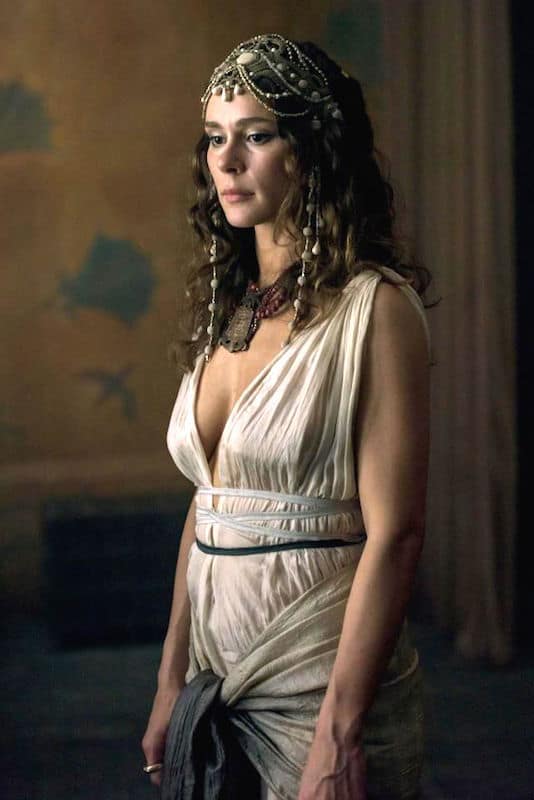 Alright, who best captures your idea of the “real” Helen of Troy?