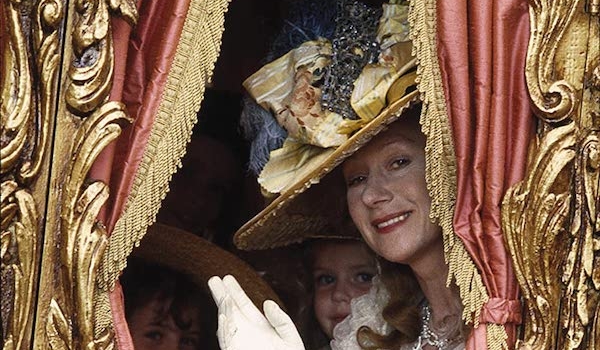 We got to realizing lately that we’ve neglected the ladies on this here blog. Most weeks, you can look forward to a Man Candy Monday featuring everyone’s favorite hot guys in historical movies, but what about the other 51% of the population? Who are the women that REALLY get us worked up? It’s time we featured the ladies who have become our historical crushes over the years. And who best to start with than my girl crush of the ages, Helen Mirren? Her career spans some 50 years and includes some killer costume roles. I can’t figure out if I want to be her or be near her.

So, without further ado, here’s a selection of costume films starring Helen Mirren worth drooling over. 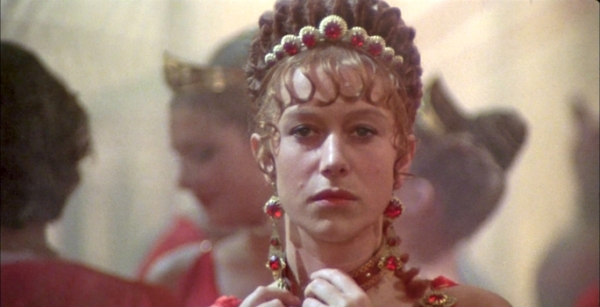 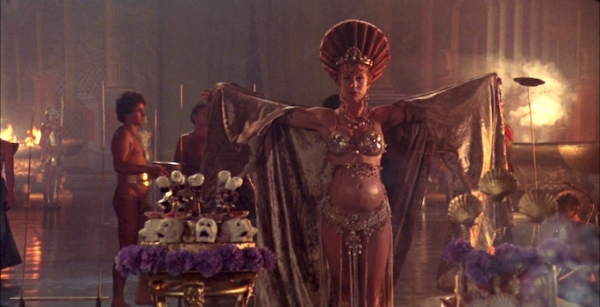 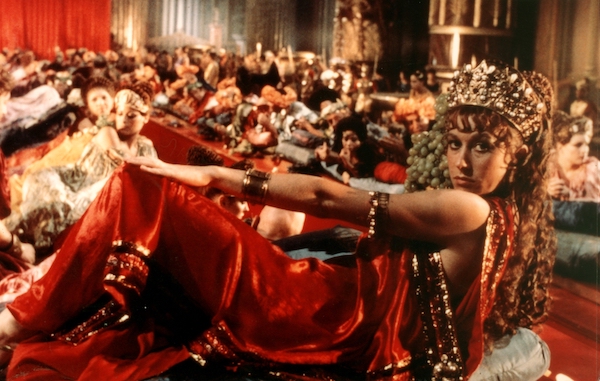 Gore Vidal’s controversial film covers the sex-crazed, violence-fueled reign of Roman Emperor Caligula, played by Malcom McDowell. Helen Mirren plays Caesonia, Caligula’s equally sex-crazed wife. This film is notable for the Caesonia’s fabulous tiaras and perfect Resting Bitchy Face. Oh, and the fact that it was produced by Penthouse founder Bob Guccione, whose aim was to create a hardcore porno cloaked in a thin veneer of respectability. Yes, there are unsimulated sex scenes. No, they allegedly don’t involve Helen Mirren and Malcom McDowell. Mirren was quoted as saying the film was “an irresistible mix of art and genitals,” which pretty much sums it up beautifully. Costumes by Danilo Donati. 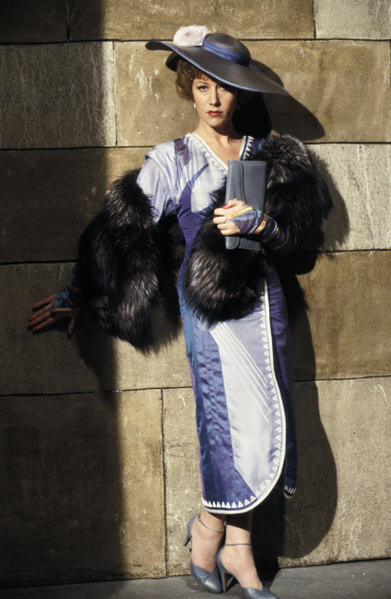 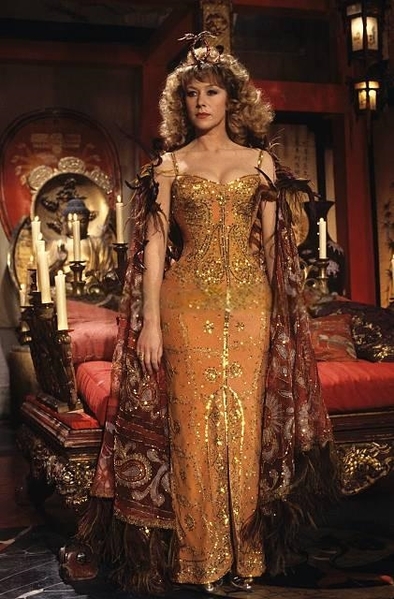 Set “possibly around 1933” this film is, well … Let’s just say there’s a certain period in the ’80s when a film like this could get made, despite being horribly offensive and racist, and even then fail miserably at the box office. But hey, Peter Sellers! Anyway, the historical accuracy of this film is incredibly loose, and the costumes were designed by John Bloomfield, who is known for his work on the 1975 Poldark series, Henry VIII and His Six Wives (1972), and Conan the Barbarian (1982). 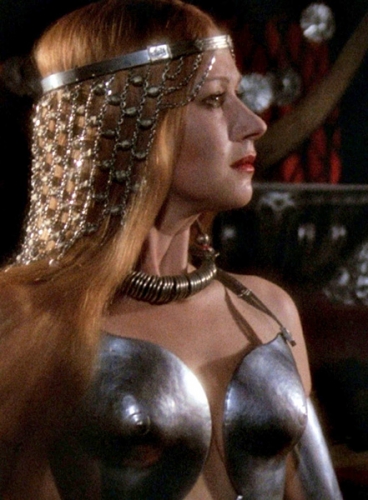 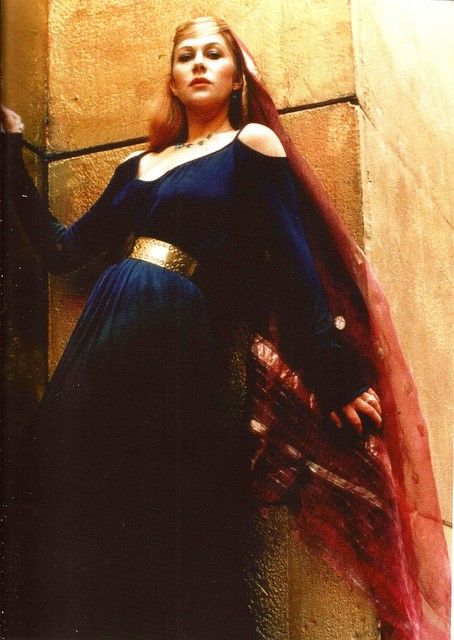 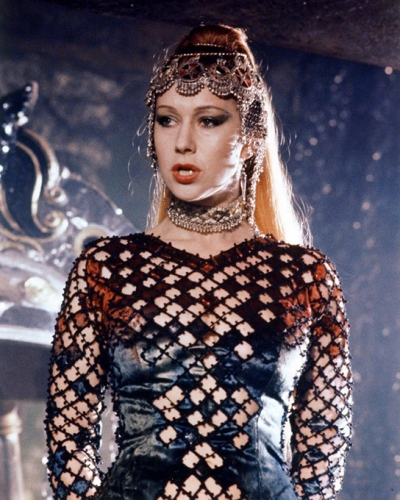 If, for some unknown reason, you have not yet watched this classic cult costume film, stop everything and go watch it. It really defies explanation, so I’m not even going to try. I’ll just say that Helen Mirren is a stone cold fox as Morgana, and I really kind of need that leather cut-out dress in my wardrobe. For the days when I need to cut a bitch. Costumes by Bob Ringwood, who did a lot of sci-fi filmwork in the ’80s and ’90s, such as Dune (1984), the Tim Burton Batman films, and Alien3 (1992). 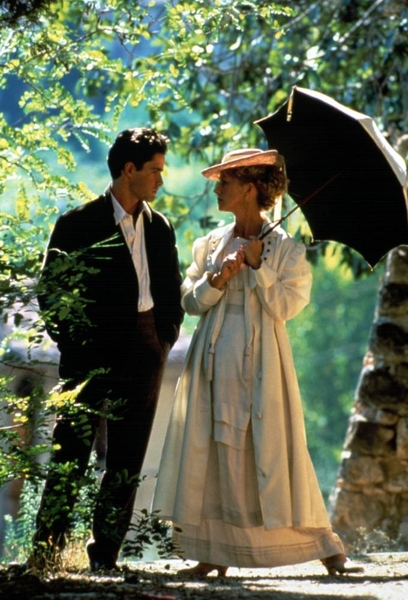 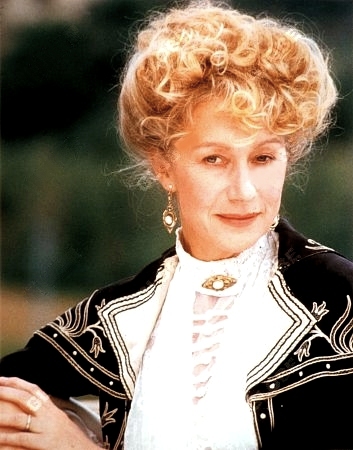 Part of the E.M. Forster adaption craze of the early ’90s, this pretty much can be summed up in one word: Tragic. Helen Mirren plays Lilian Herriton, a rich woman “of a certain age” who impulsively marries a younger, penniless, but hot-as-hell man (Giovanni Guidelli) and then dies giving birth to his child. The end. Costumes by Monica Howe, who also designed the costumes for another Forster cry-fest, House of Mirth (2000). 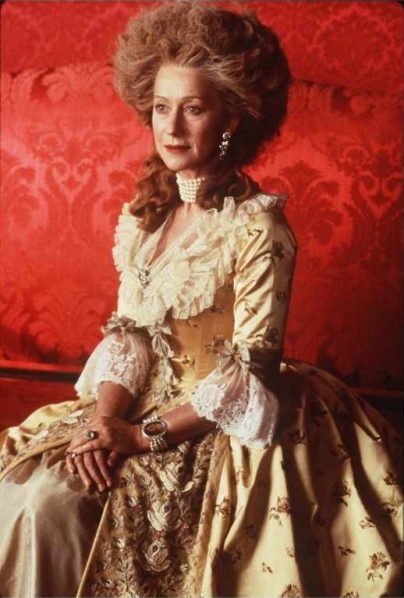 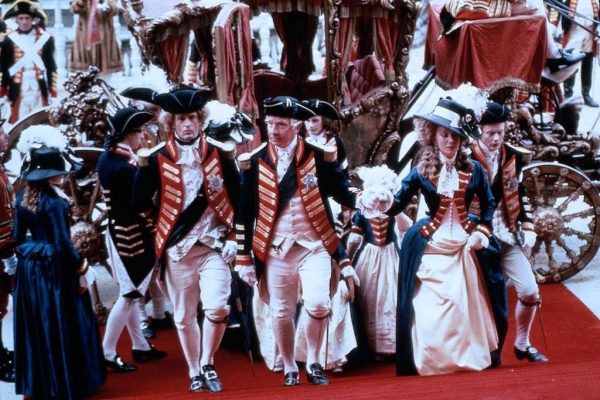 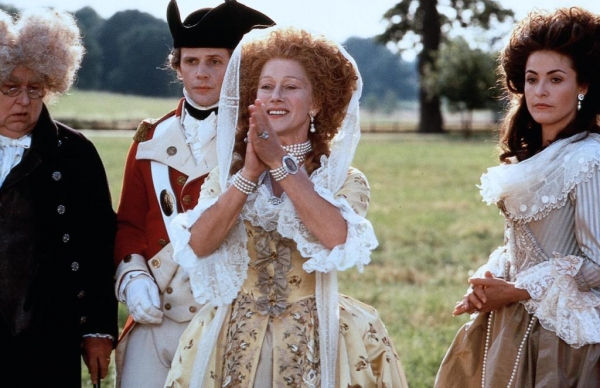 We’ve talked about The Madness of King George before, mainly owing to the fact that the costumes are FABULOUS. If you’re into the 18th century, you can’t get away without watching it. Costumes by Sue Honeybourne and Mark Thompson. 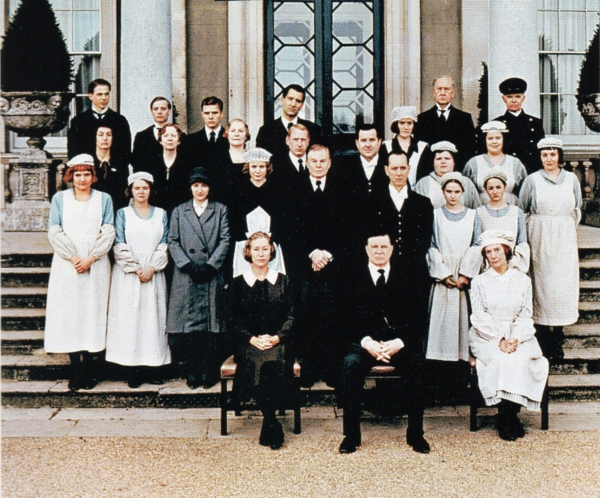 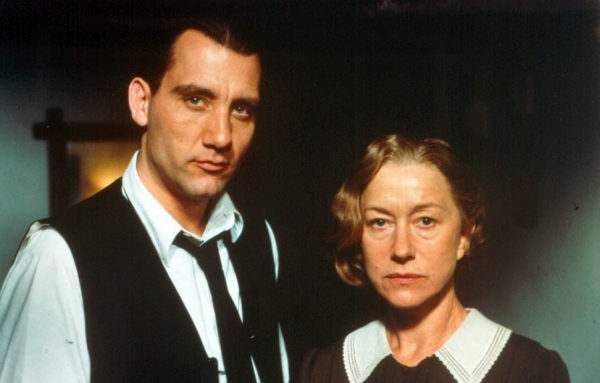 I remember being blown away by this film when it first came out. Not so much because of the plot or the fact that it is packed to the rafters with incredible acting talent, but because it beautifully captured the look of the 1930s in both the “upstairs” world and the “downstairs.” Helen Mirren plays Mrs. Wilson, the steely housekeeper with a secret. Mrs. Wilson is a departure from Mirren’s usual roles of slick, glamorous, and powerful women. Here she plays a severe middle-aged woman with very little in the charm department. Costumes by Jenny Beavan. 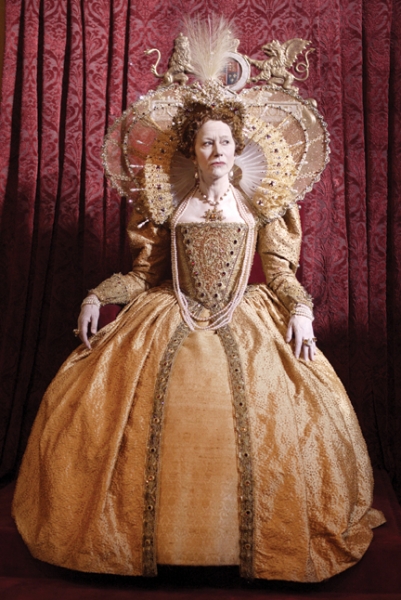 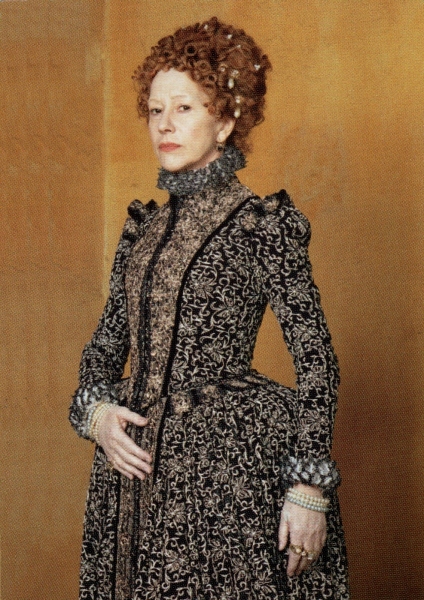 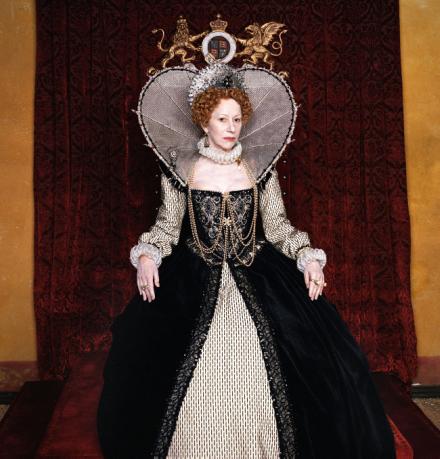 I was going to limit myself to only films and not TV roles, but this one is too good to not include. Helen Mirren stars as Queen Elizabeth I, in what is probably my second favorite portrayal of the Virgin Queen after Glenda Jackson. The costumes are glam, pretty much middle-of-the-road between Hollywood pretty and “Close Enough,” but I did appreciate the dressing scene at the very beginning of the first episode. I’m willing to overlook the floating ruffs because the rest of the eye candy is so good. Costumes by Mike O’Neill. 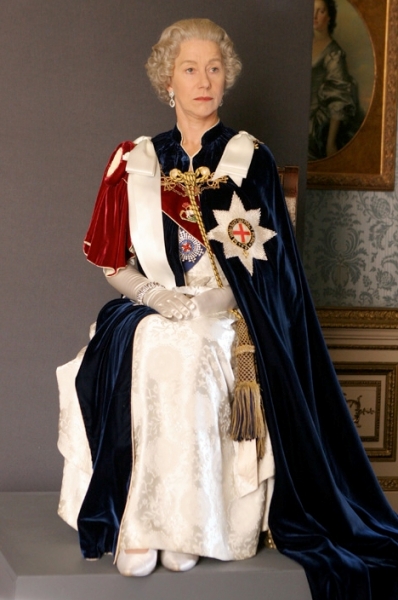 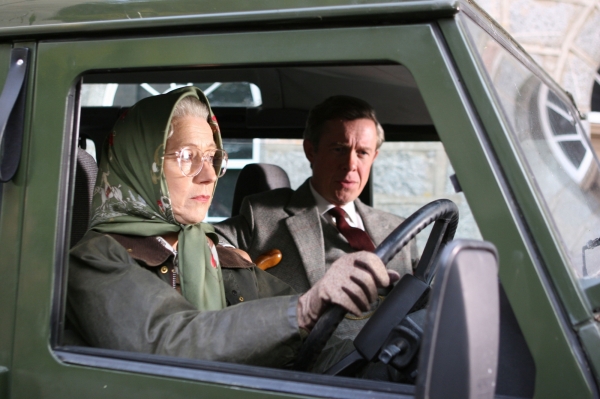 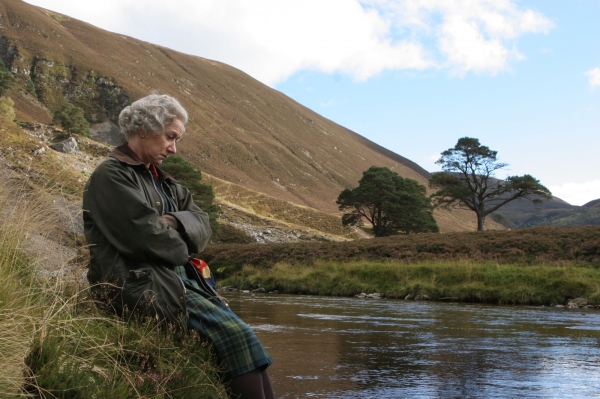 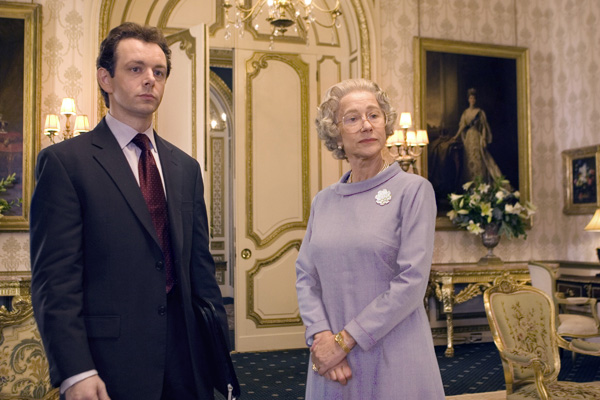 I’d be remiss if I didn’t include this film, especially since it was filmed back-to-back with Elizabeth I and released a year later. The costumes aren’t so much historical, since it takes place in 1997 in the wake of the death of Princess Diana, but it is worth highlighting since Helen Mirren basically morphed into Queen Elizabeth II. Her likeness was so good, she actually appeared as the queen to pay a visit to a dying child in hospital when the actual queen had to decline. Costumes by Consolata Boyle.

Special thanks to The Helen Mirren Archives for the images. If you have some free time, go check out their gallery of her stage and TV work!

There are many more Helen Mirren films I didn’t include here, so chime in with your favorites!