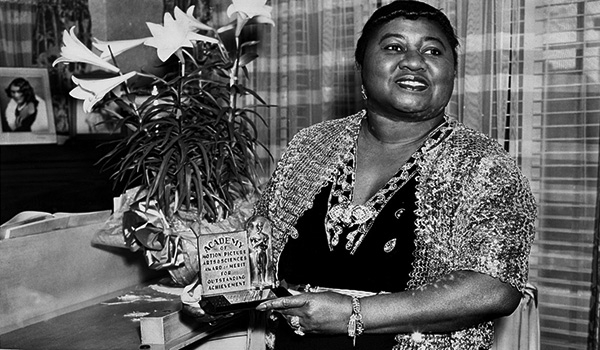 She’s the first African American to win an Oscar, but because Hattie McDaniel (June 10, 1893 – October 26, 1952) spent her career mostly playing maids and slaves, she didn’t always get a lot of respect for her work. But she was still a trail-blazer, and as she famously said: “Why should I complain about making $700 a week playing a maid? If I didn’t, I’d be making $7 a week being one.” McDaniel took the opportunities she had as an actor and made the most of them.

Hattie McDaniel began performing early with her sister Etta, creating minstrel shows and routines for Black audiences that parodied white stereotypes. In the 1920s, she sang blues and wrote some of her own songs, like “Boo Hoo Blues.” McDaniel sang in the chorus of a touring production of Show Boat in 1929, but the tour was cancelled by the stock market crash, so she headed to Hollywood. From 1930 to 1952, she played nearly 100 roles in film and lastly TV, not always credited by name, and often portraying domestic servants of some type. Her 1939 Gone With the Wind role and Oscar win was a standout, but it angered Black intellectuals like the leader of the NAACP who complained about Black actors taking stereotypical roles

While Hattie McDaniels may have a small role in these frock flicks, it’s important to honor her contribution and admire how she made her way in the world as a successful working artist. 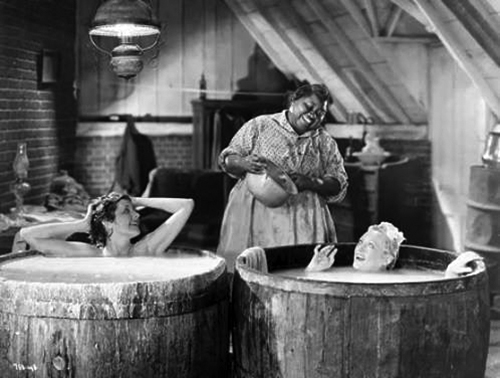 This romantic comedy is set during the Civil War. 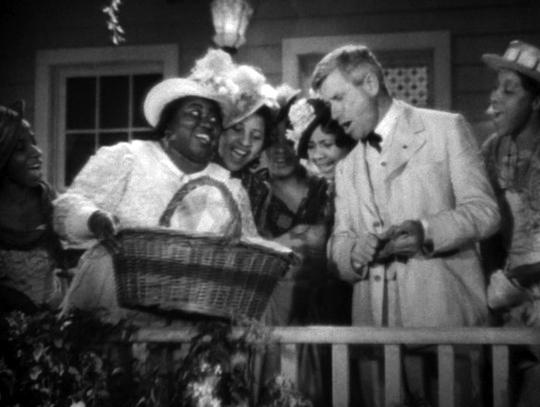 The Will Rogers feature is set in 1890 Kentucky and was something of a break-out for McDaniel. She sings five songs and additional scenes were written just for her. 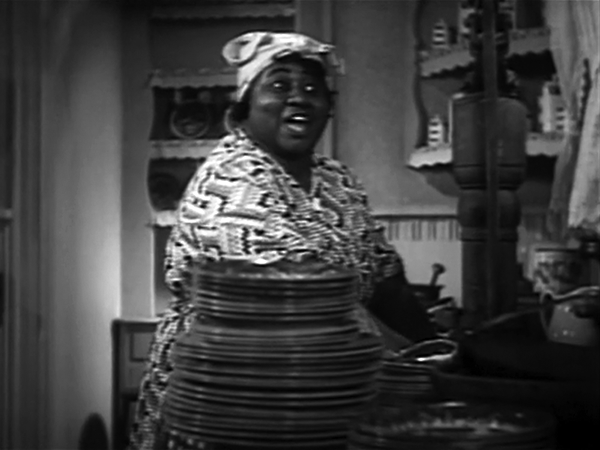 She’s the cook in the school for homeless boys that Jo March & her husband setup in this sequel to Little Women. McDaniel gets in a few quips & sings a little. 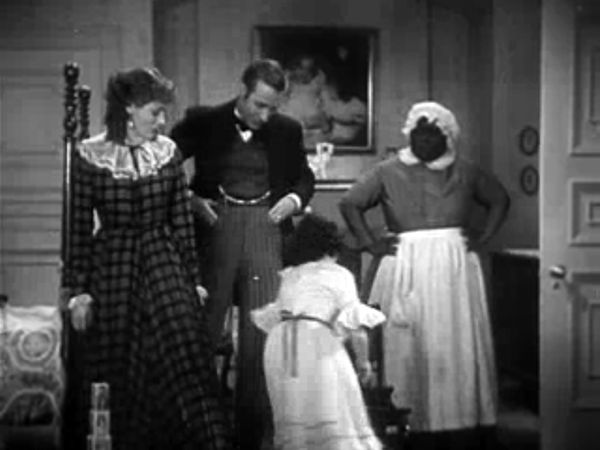 A non-speaking role as the cook & nanny in this biopic of composer Stephen Foster, set in the 1850s. 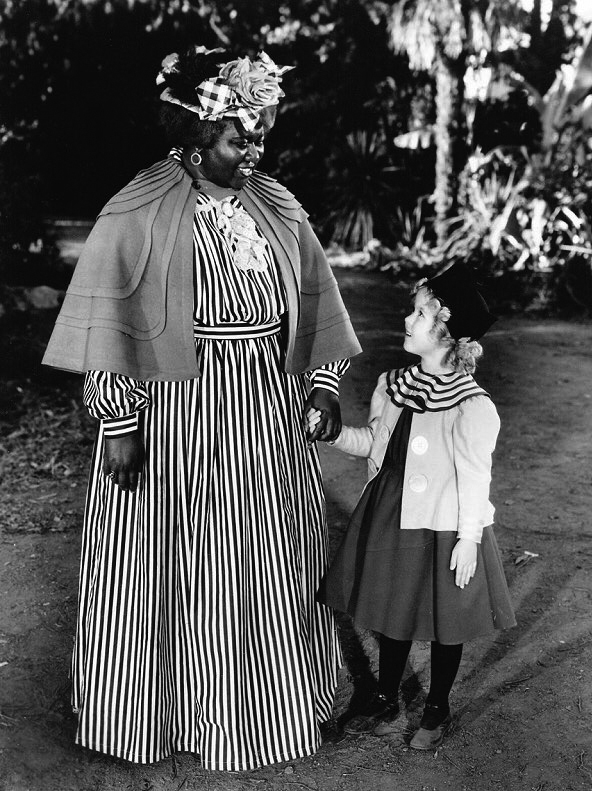 While I tend to remember the amazing dance scenes between Shirley Temple & Bill “Bojangles” Robinson in this film, Hattie McDaniel plays a key role as a family confidant, & yes, a housekeeper (& former slave, since it’s set right after the Civil War). Also, that stripey dress is pretty awesome! 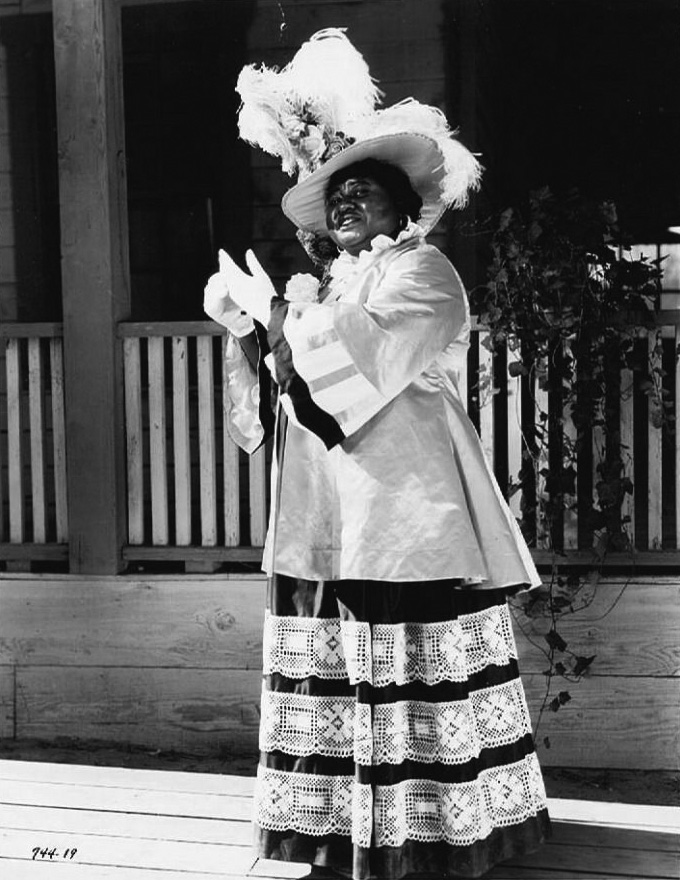 This was the first fully filmed version of the musical, & Hattie McDaniel has a duet with Paul Robeson in “Ah Still Suits Me.” Great hat! 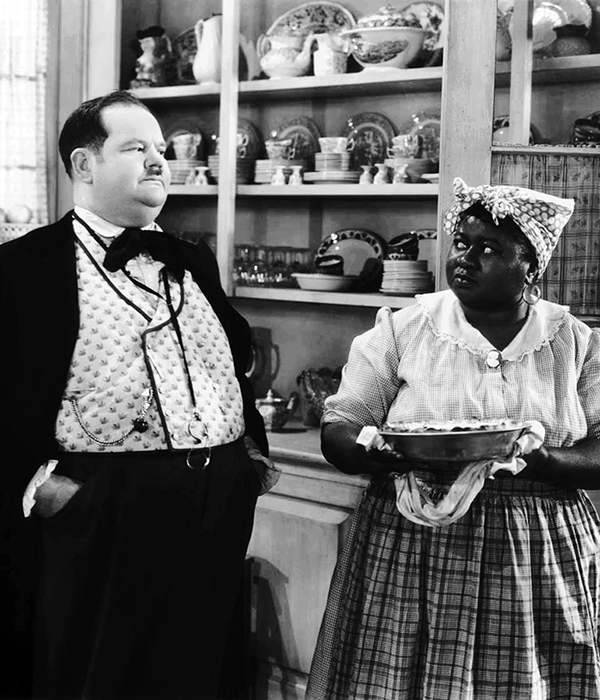 Starring Oliver Hardy (half of Laurel & Hardy), this comedy is set in 1870, & McDaniel has a small role. 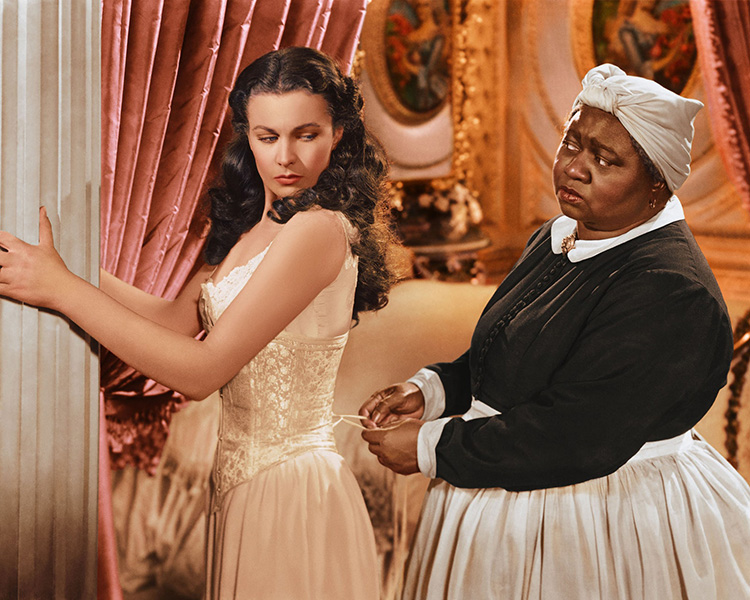 Hattie McDaniel is second only to Vivien Leigh in total screen time in this film. 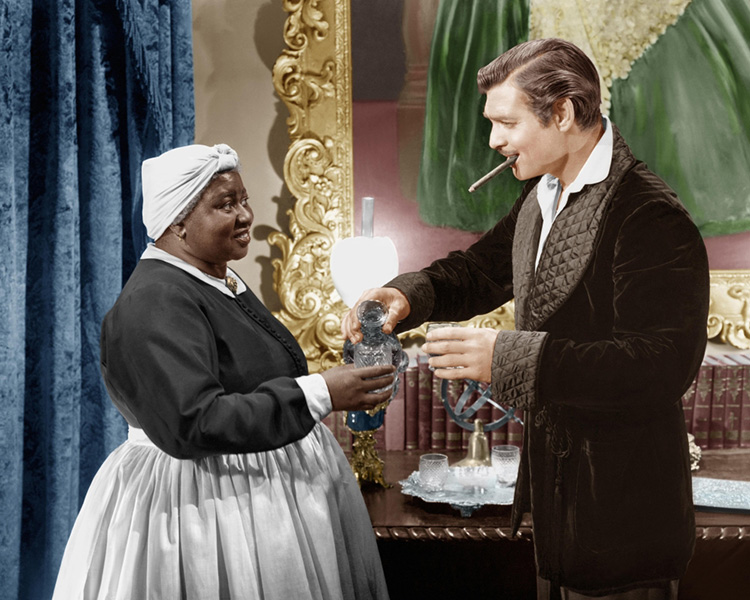 Clark Gable become friends with McDaniel & they joked around on the set. He even threatened to boycott the Atlanta premiere of the movie when he learned McDaniel wasn’t allowed to attend because of Georgia’s segregation laws. She told him to go anyway. 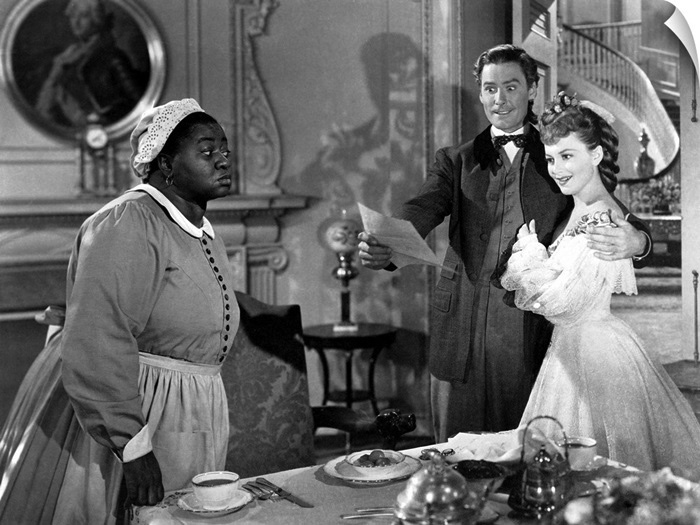 A fictionalized version of General Custer’s life from the 1850 to 1870s, with McDaniel playing a housekeeper. 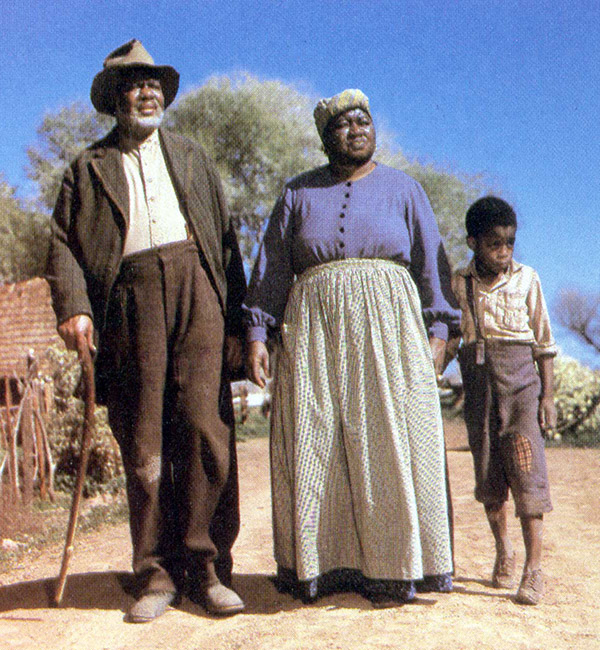 Over a decade after GWTW, Disney made this blatantly racist film for kids, ostensibly set after the Civil War. James Baskett’s performance as Uncle Remus is charming, & Hattie McDaniel does the best she can. But other than getting “Zip-a-Dee-Doo-Dah” stuck in your head, I can’t recommend it.

What historical costume movies with Hattie McDaniel have you seen?