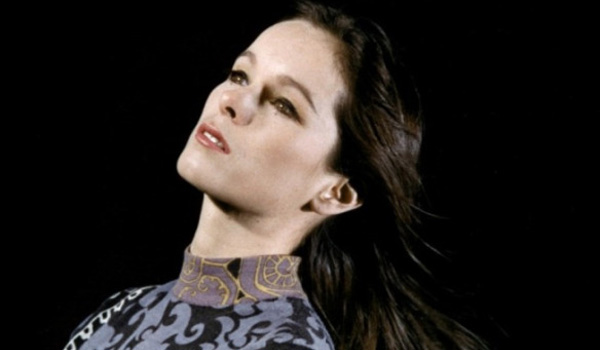 Daughter of Charlie Chaplin and his fourth (and final) wife Oona O’Neill, who was the daughter of playwright Eugene O’Neill — Geraldine Chaplin seemed destined for a career on stage. While she started with ballet and modeling, she settled on acting. Having been raised in Europe, she’s made many French and Spanish films, as well as Hollywood movies and TV shows. Let’s take a look at her historical costume work. 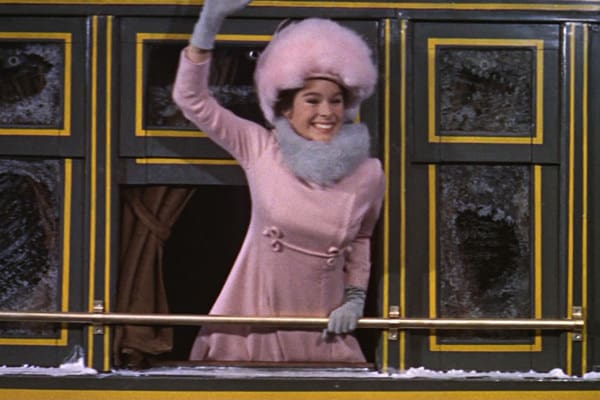 For her first film real film role (being a kid in dad’s flicks hardly counts), Geraldine Chaplin was a hit as the ditched wife in this blockbuster love story. 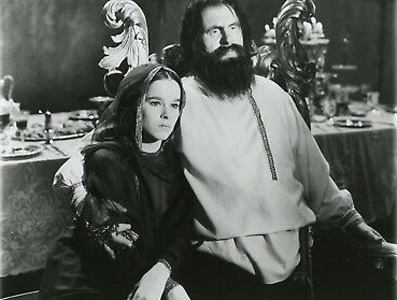 Coincidentally also on the topic of the Russian Revolution, yet not quite so popular.

Purity Hoxworth in The Hawaiians (1970) 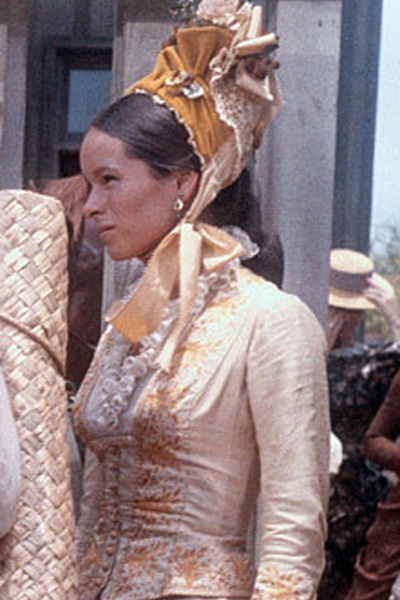 A sequel to Hawaii (1966) that continues the story of the islands’ colonization through the late 19th century. 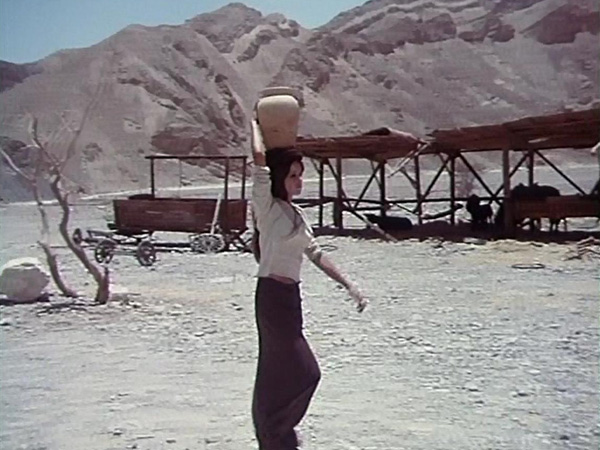 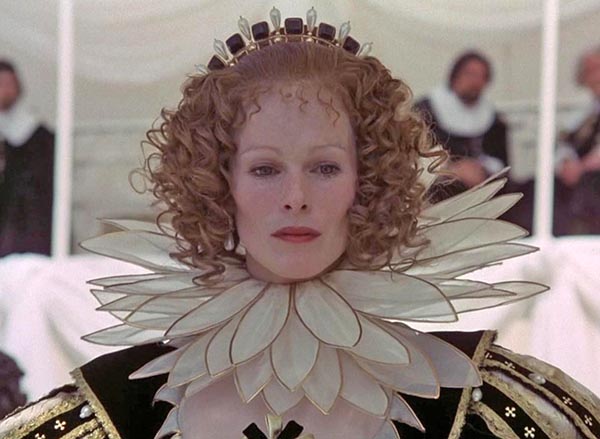 The Sure Shot (Annie Oakley) in Buffalo Bill and the Indians, or Sitting Bull’s History Lesson (1976) 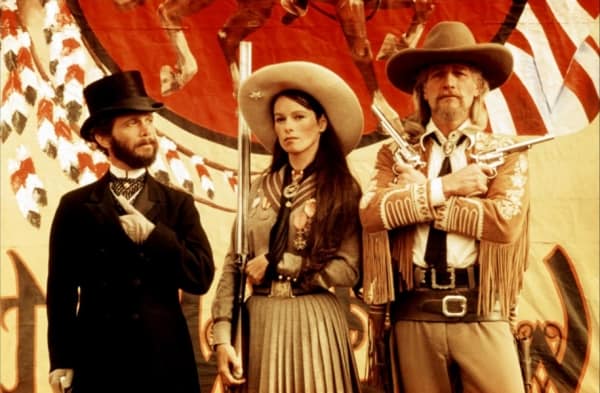 A more historical western, at least by looks. 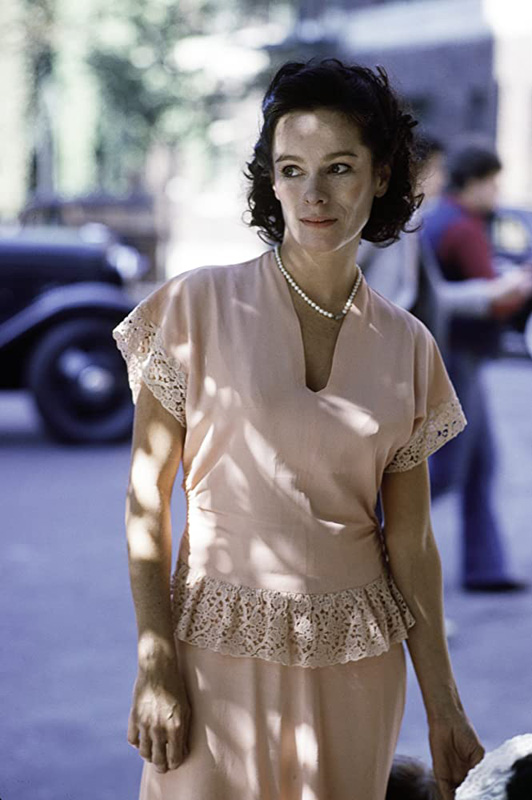 Released as both a five-part miniseries & a shorter theatrical movie, this spans several generations of European musicians & dancers starting before WWII. 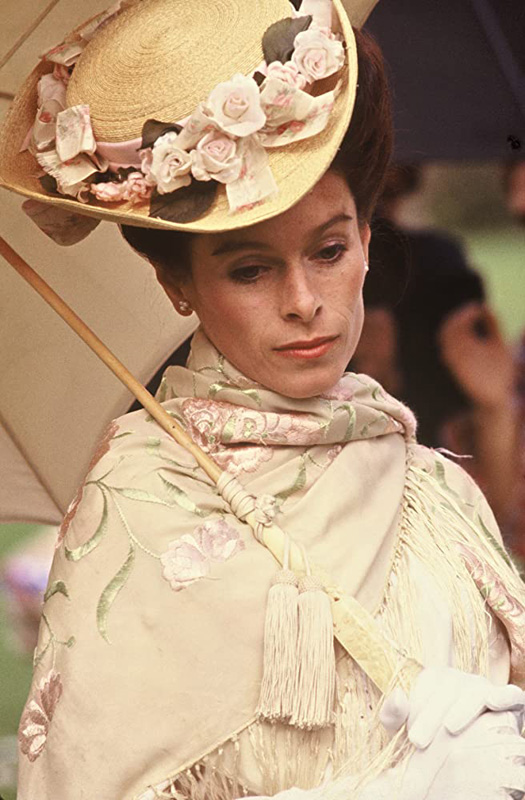 A well-reviewed TV movie version of the Edith Wharton novel. 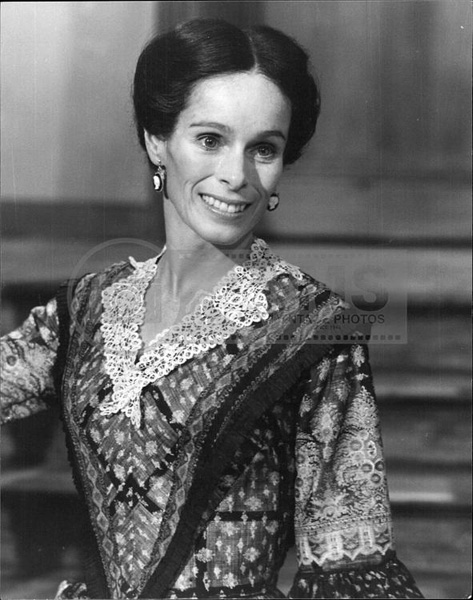 A BBC miniseries version of the Daphne Du Maurier novel. 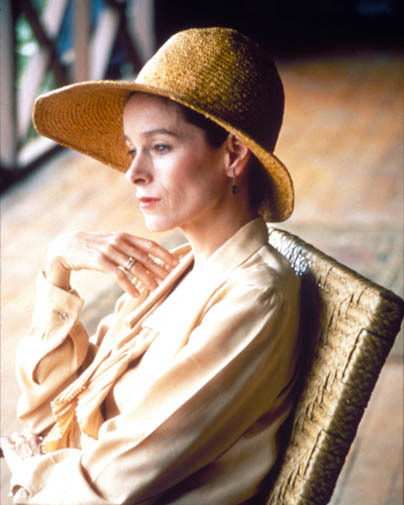 Set in 1940s Kenya & about a bunch of British expatriates, I just can’t with that movie title though. 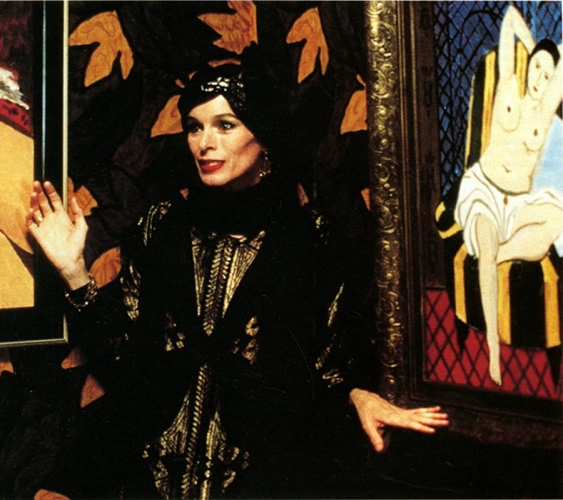 Spiffy ’20s costumes in this comedy caper about art forgery.

Queen Anne in The Return of the Musketeers (1989) 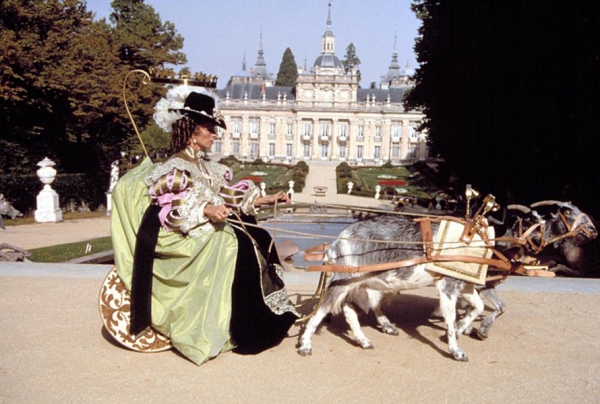 I can neither confirm nor deny that this image is why I chose to do a WCW about Geraldine Chaplin. 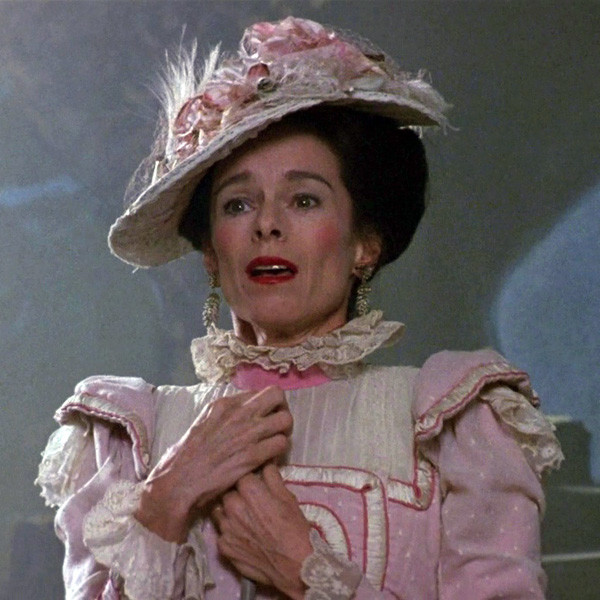 Geraldine Chaplin played her own paternal grandmother in this biopic. 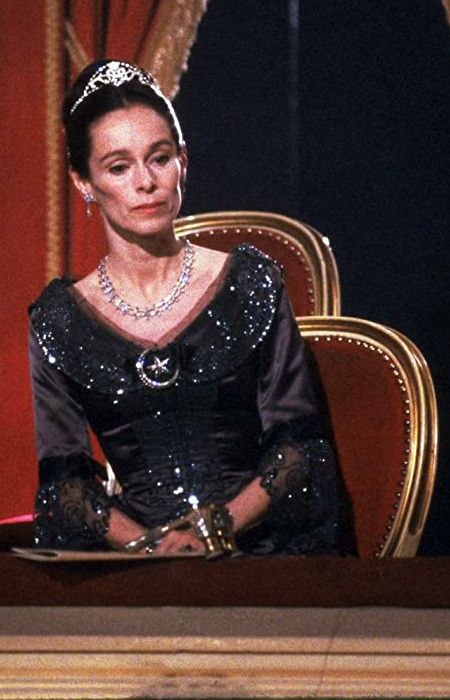 As the mother of Winona Ryder’s character & wearing stunning gowns by Gabriella Pescucci. 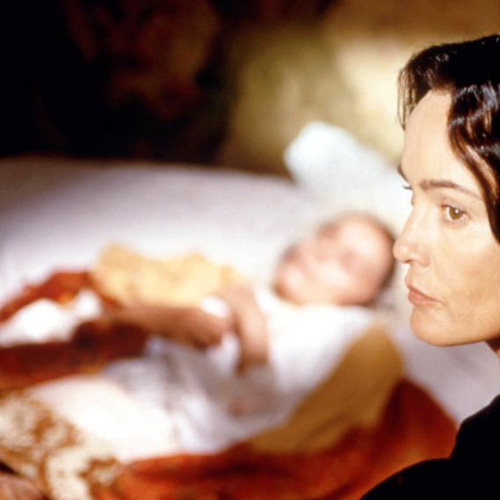 OK, so it’s not much, but she’s the rich sister whose death kicks off the plot of this movie. 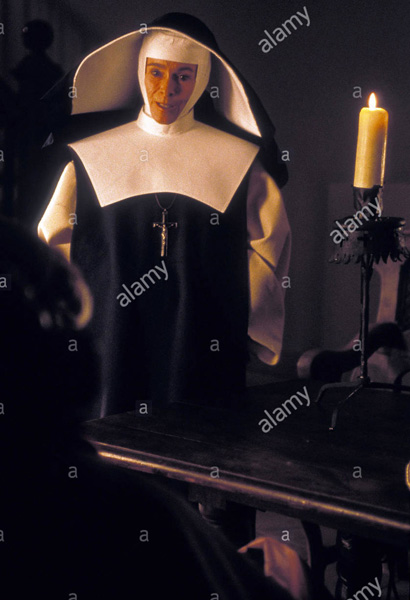 I have a DVD of this & eventually I will buy a player so I can review it here, promise! 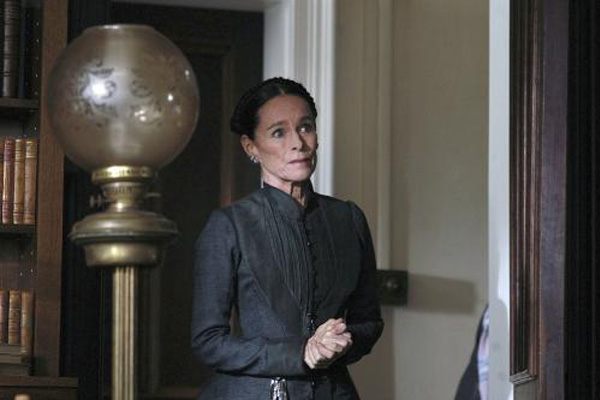 Don’t have much to say about this children’s movie ‘cept ‘nice bustle gown.’ 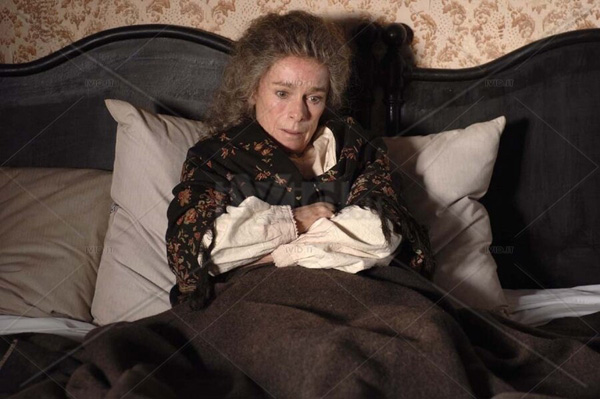 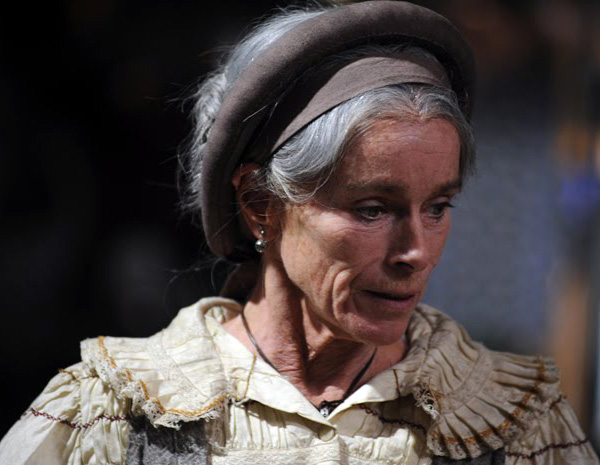 Set during the Spanish Civil War, which was the 1930s, so I’m guessing her headgear is regional costume? Don’t know! 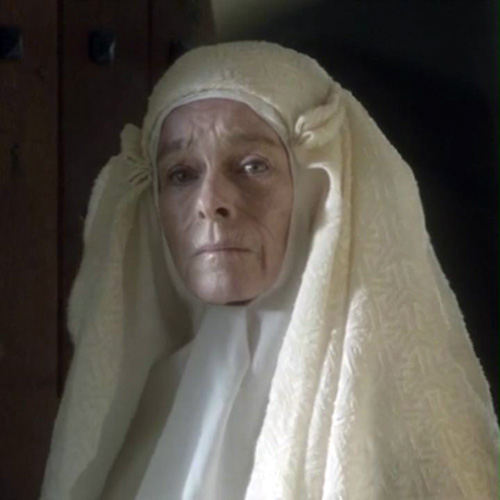 Lady in waiting to Catherine of Valois. 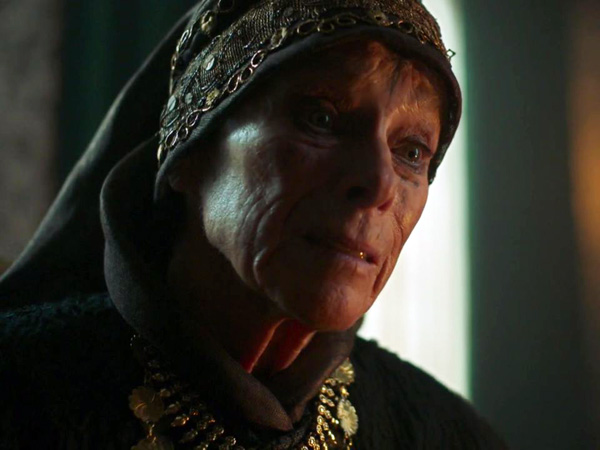 Doing some kind of dark deeds in three eps of this very silly series. 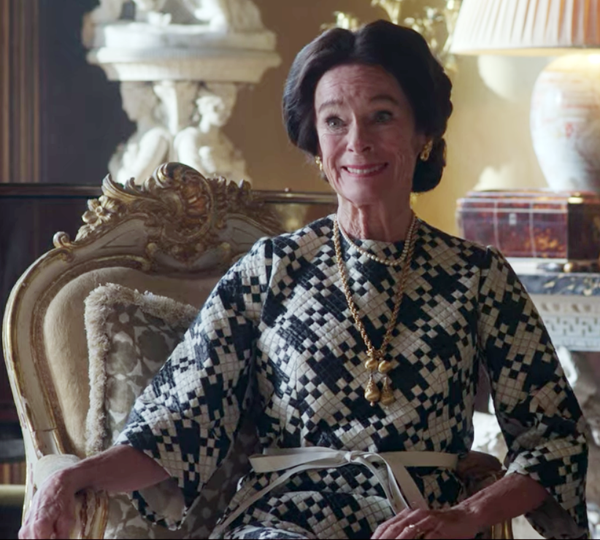 OK, just a smidge post our period at 1972, but this is such a great portrayal.