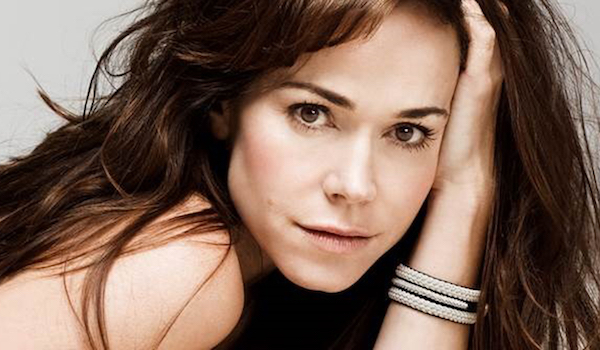 English/Australian actress Frances O’Connor has starred in some pivotal frock flicks, from 1999’s Mansfield Park through the recent series Mr. Selfridge. Well, she’s now directing a film about Emily BRONTË!, so I thought it was time to look back at her career in historical movies and TV series!

As Fanny Price in this tweaked but not-as-bad-as-the-Billie-Piper-version adaptation of Jane Austen’s novel. 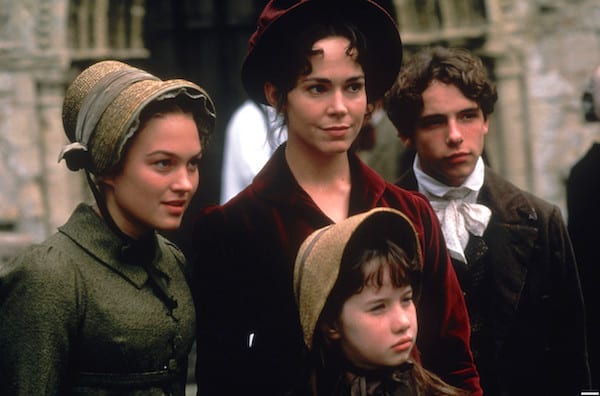 With her working-class birth family. 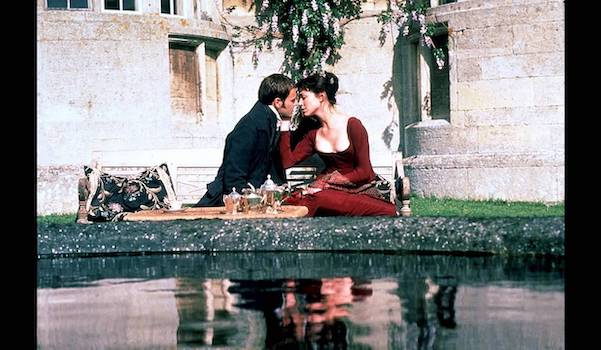 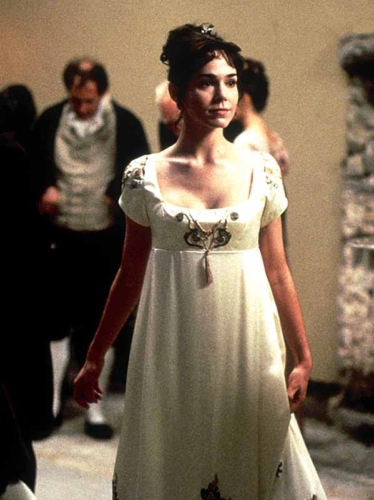 Dressed up fancy for a ball.

O’Connor plays title character Emma Bovary in this adaptation of the Flaubert novel about a French woman chafing against her middle-class life. 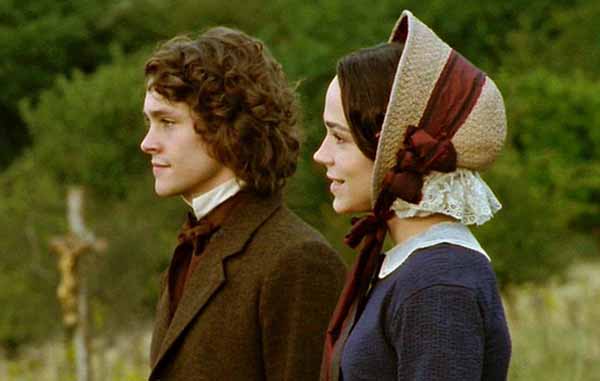 Men are not the answer, Emma. 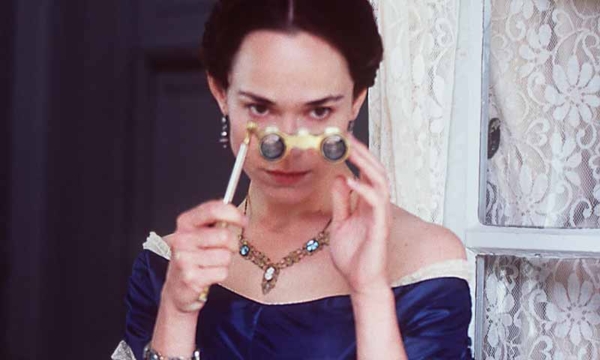 But opera glasses are a great accessory! 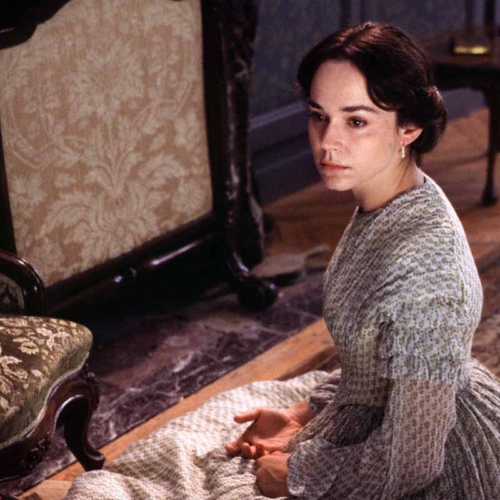 This dress was later reused in He Knew He Was Right, Fingersmith, and Desperate Romantics. It’s a great example of an 1850s sheer dress.

The Importance of Being Earnest (2002)

As Gwendolen Fairfax, one of two heroines in this sparkling Oscar Wilde adaptation. 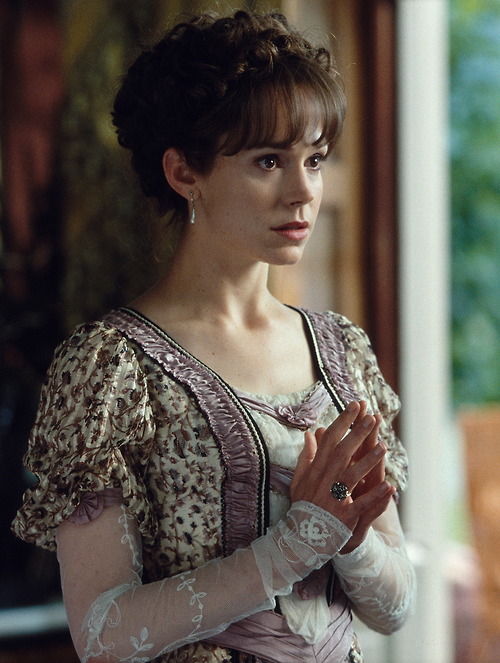 There’s a lot going on in this dress, and it WORKS. 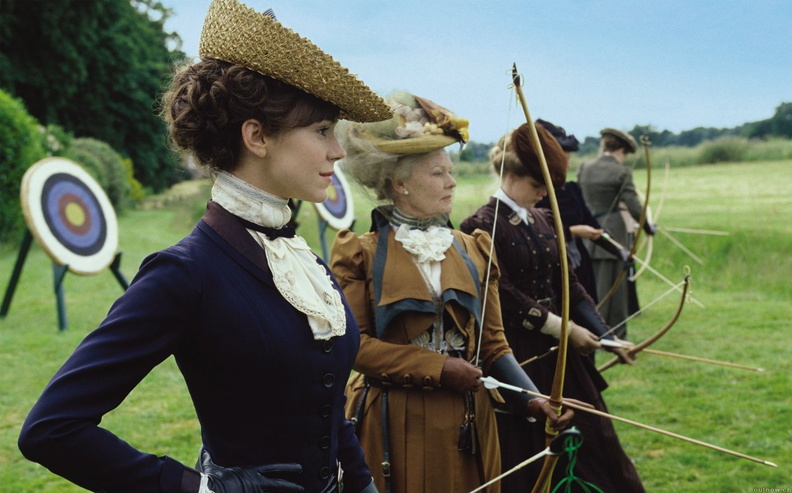 You really can’t go wrong with any kind of sportswear. 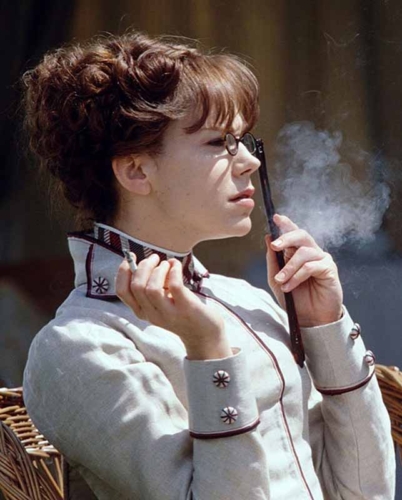 A film about Navajo code talkers in World War II, so of course it makes sense that two white people take the lead roles? 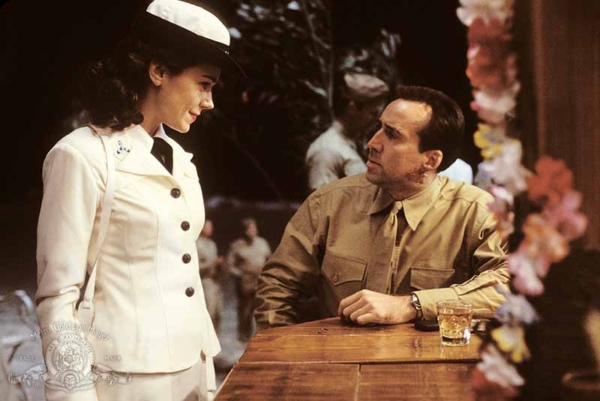 If he were more of a frock flick actor, I’d have to write a post about why I can’t stand Nicolas Cage.

Modern archaeologists go through a wormhole to 14th-century France. O’Connor plays one of them, the spunky one. 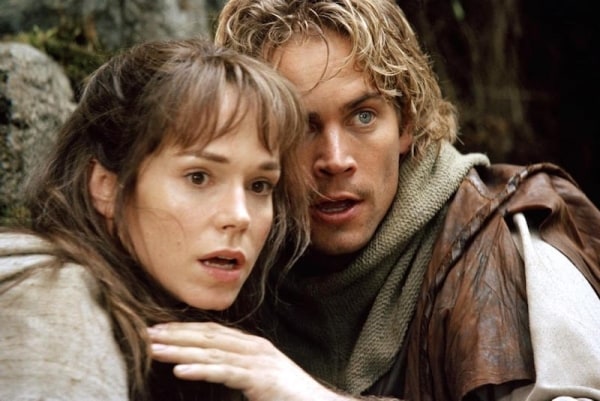 No attempts are made at appropriate hair. 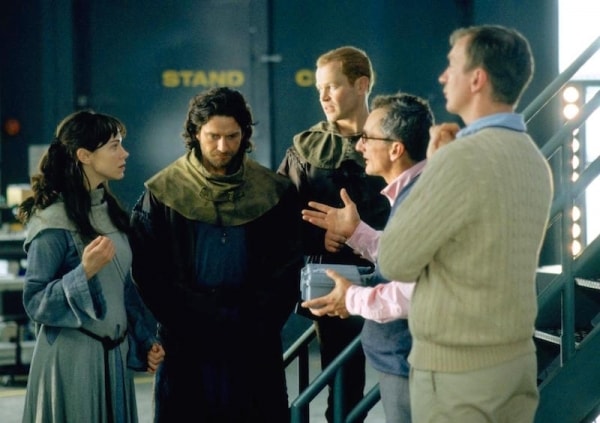 But they are outfitted with nubby linen outfits!

As real-life American women’s rights activist Lucy Burns (1879-1966) in this story about the fight for women’s suffrage. 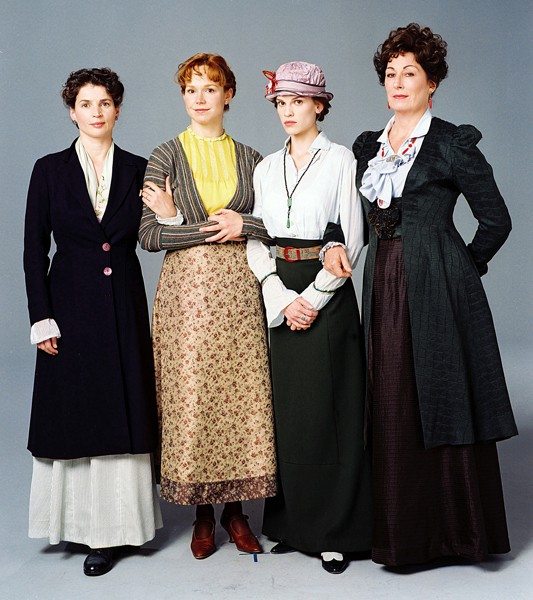 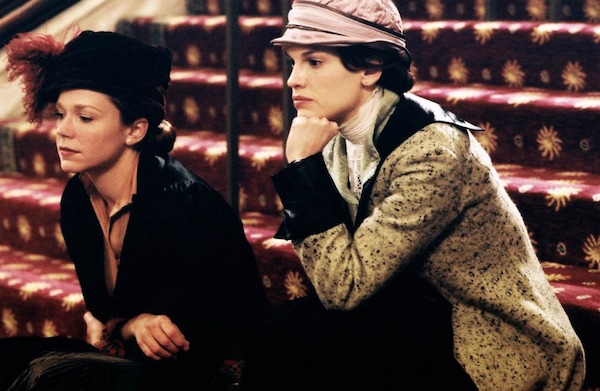 Although I feel like they prettied them up too much. 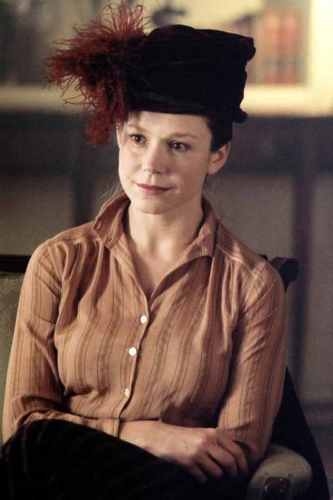 I’m not sure she’s pulling off that hat! 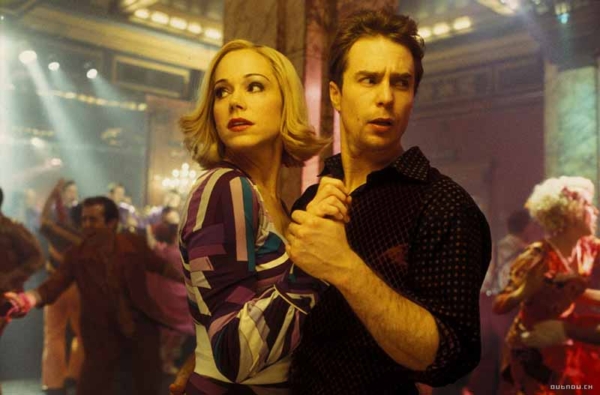 I initially read that this film is set in the 1930s, and I had allllll kinds of questions when I saw this pic.

The PBS science docu-series — this episode focuses on Charles Darwin’s theories of evolution. The concept is that Darwin explains his theories to his wife (played by O’Connor) as he awaits publication of his book. 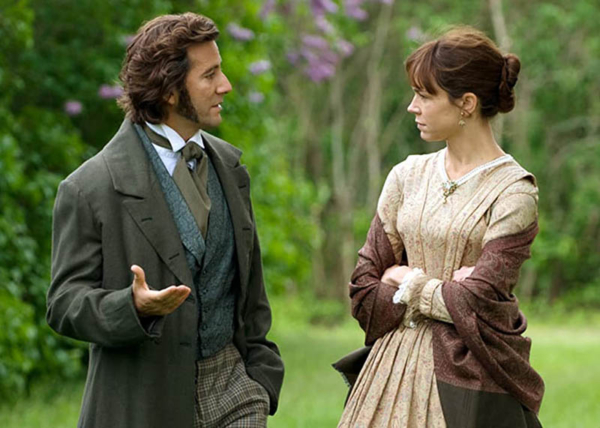 This isn’t really a bangs era. 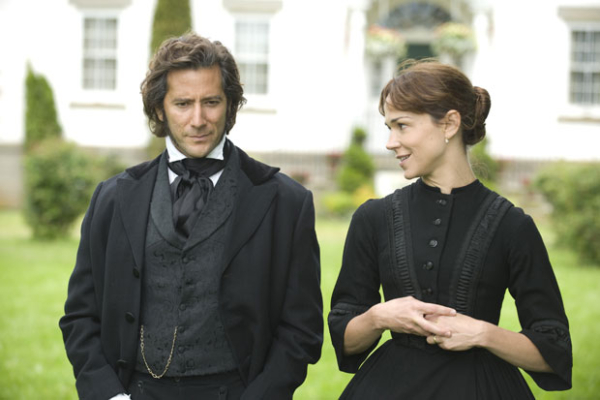 NOT PENNY’S BOAT! (Sorry, that was for the Lost fans)

A culture clash between two families in 1969 Alabama. 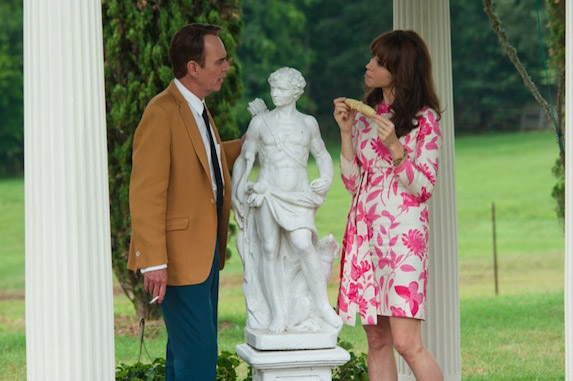 O’Connor’s family is from London, and I’m guessing by this dress that they’re swinging. 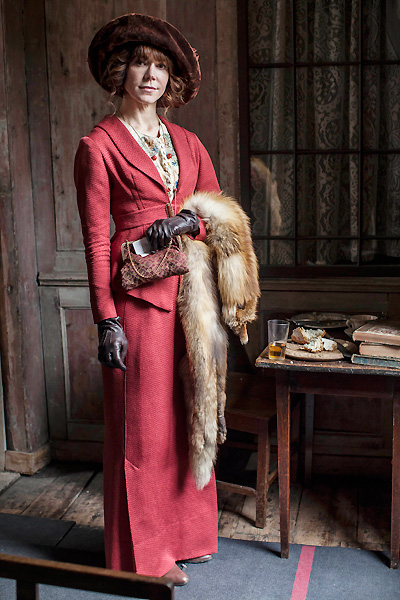 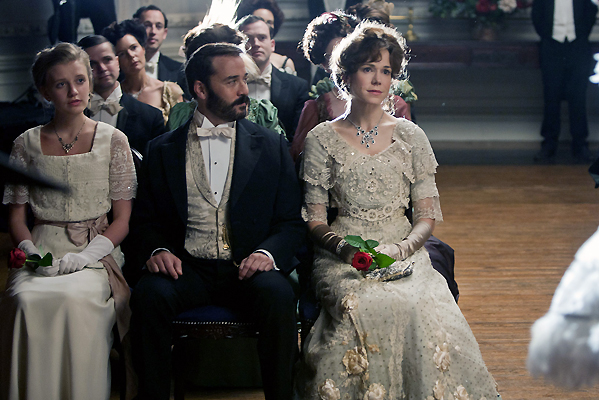 Very pretty with all the appliques. 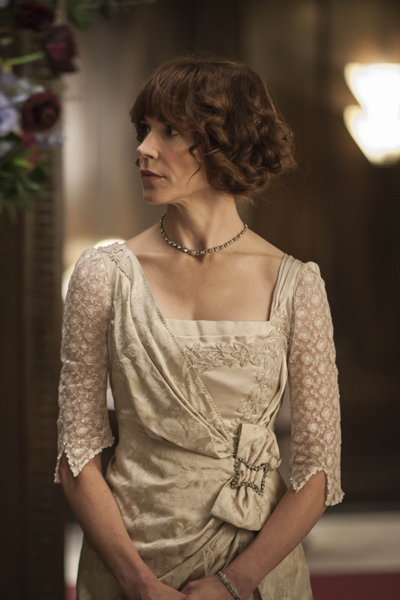 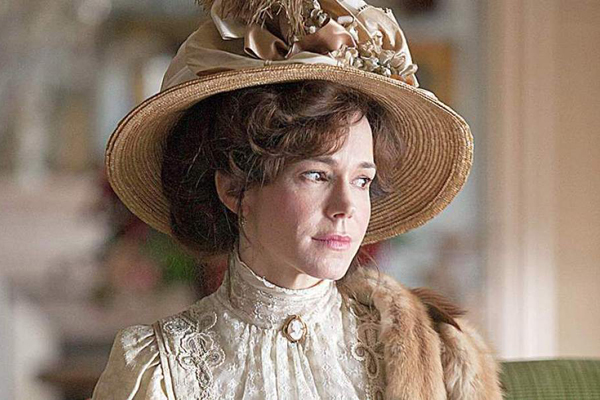 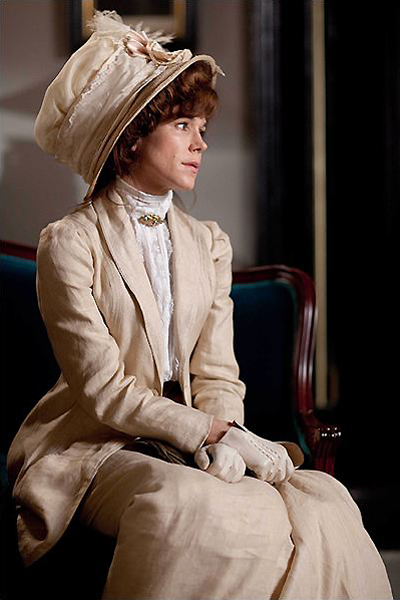 The story of the siege of ancient Troy. O’Connor plays Hecuba, queen and wife of King Priam of Troy. 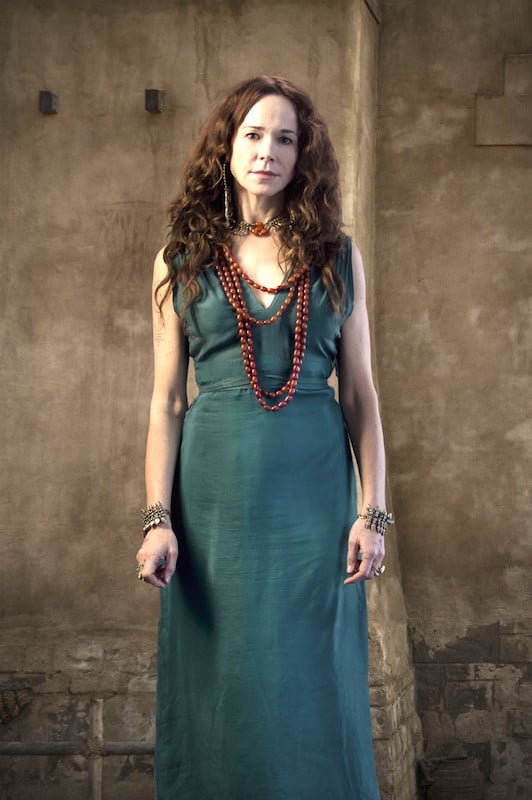 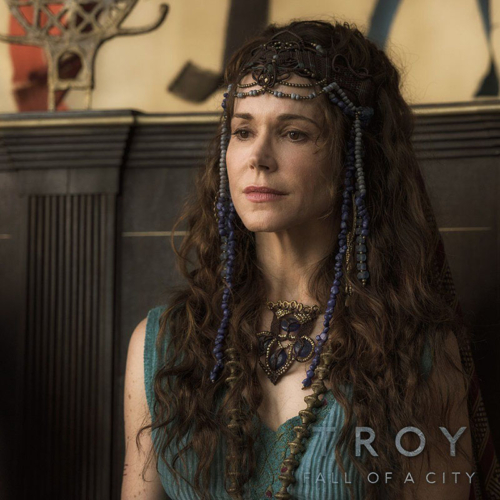 Okay this is a little better….

Nope, she’s not acting. This biopic of author Emily BRONTË! (now in post-production) will be O’Connor’s directorial debut. 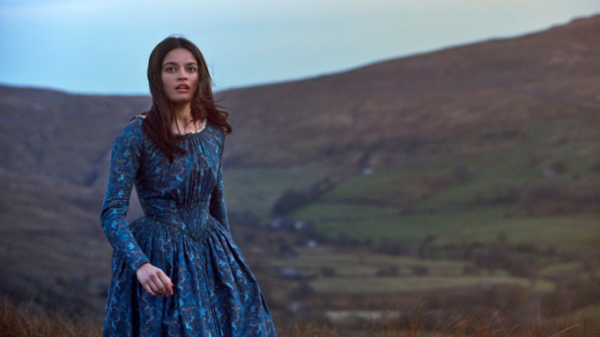 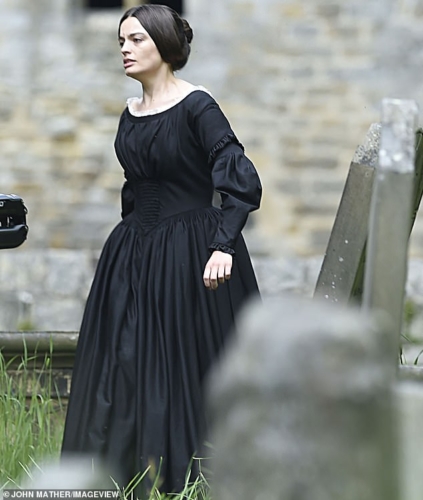 The hair is appropriately styled!!

Which is your favorite of Frances O’Connor’s frock flick roles?