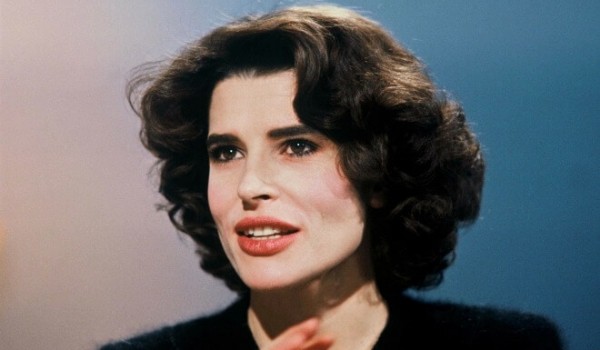 If you know one French actress from historical costume movies, it’s probably Fanny Ardant, she of the dark hair, smokey voice, and come-hither eyes. Even if you don’t watch French movies, you’ll probably recognize her as Marie de Guise in Elizabeth (1998) — in which case you really should know more about her!

Since I’m in France right now, I figured it was time to celebrate the woman who is, to me, the grande dame of historical French movies!

Three French families living on the Normandy coast have their lives upended by the First World War. 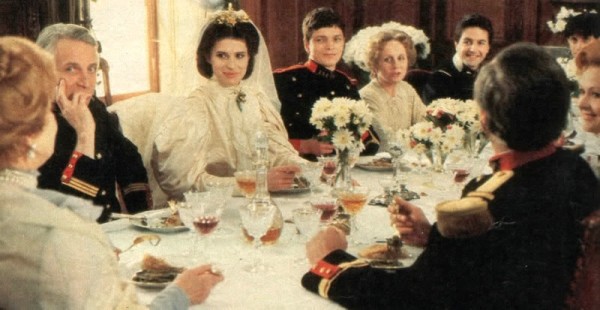 Adaptation of a Balzac novel about two young French women who meet at the convent but whose lives follow very different paths. Set in the 1840s. 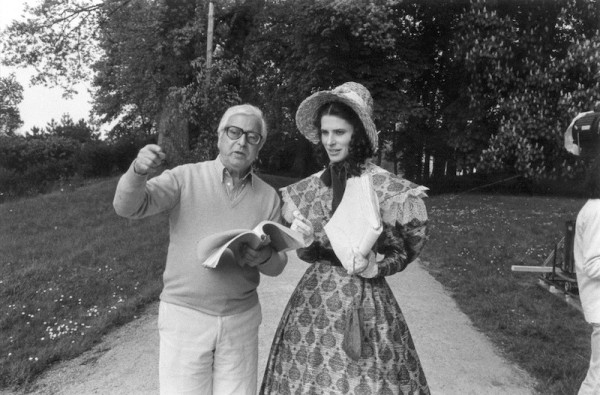 Oh the joys of bonnets!

A French adaptation of the Edgar Allen Poe gothic horror. 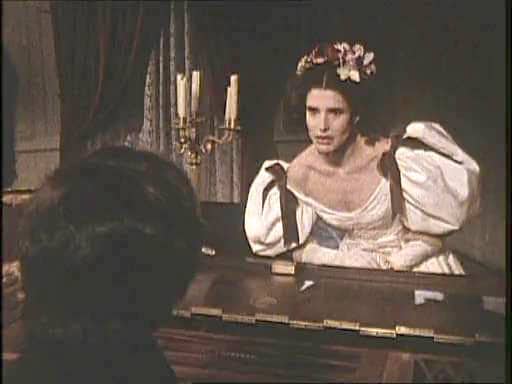 Three intertwined tales, one set during and after the First World War, the other two modern. Way too complicated to summarize, so just know they’re all centered on a castle in France. 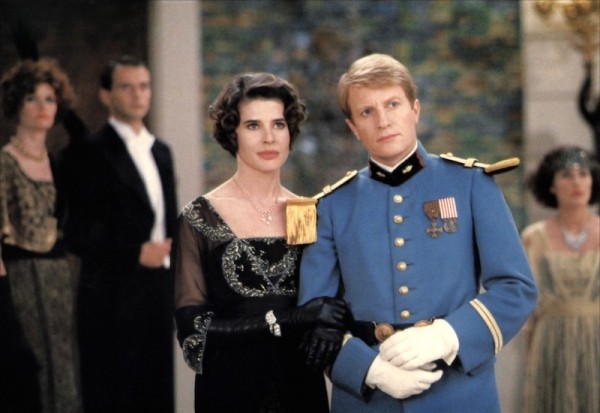 I like her dress, but his uniform seems to be lacking in structure… 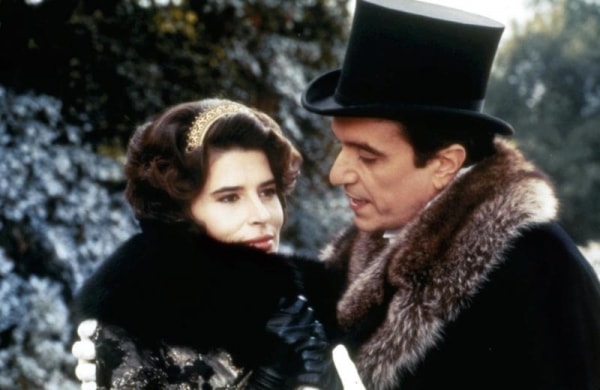 Who doesn’t love a diadem and some fur?

Jeremy Irons in love with a courtesan in fin-de-siècle Paris; Fanny plays an aristocratic woman in his circle. 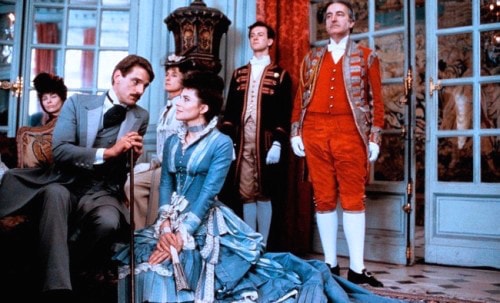 Such beautiful 1870s bustle gowns in this!

A French noblewoman (Ardant) takes up with a bourgeois man on the eve of the French Revolution. 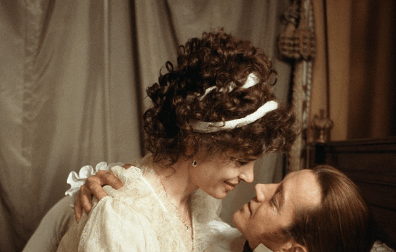 Hard to find any pics of this!

Gérard Depardieu (ugh) is a French colonel who supposedly died during a battle in 1807. He returns to Paris to find his wife has remarried. Stuff doesn’t end well. 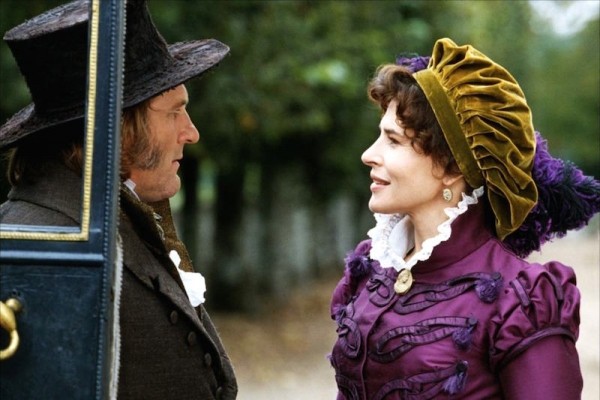 The color combo is great! 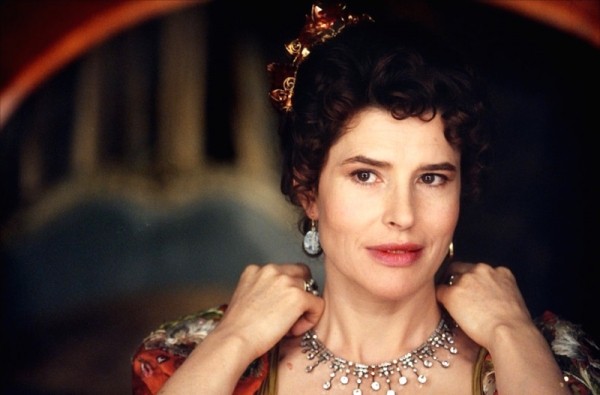 A provincial French aristocrat must learn the games of wit played at the French court just before the Revolution. Ardant plays the worldly widow who both lures and sabotages him. 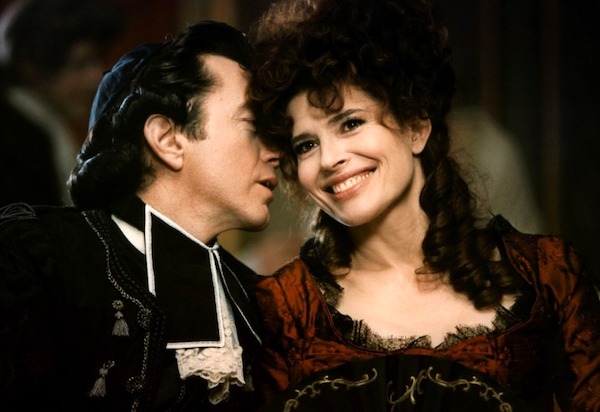 Weird costume WTF-ery aside, this is a great movie. 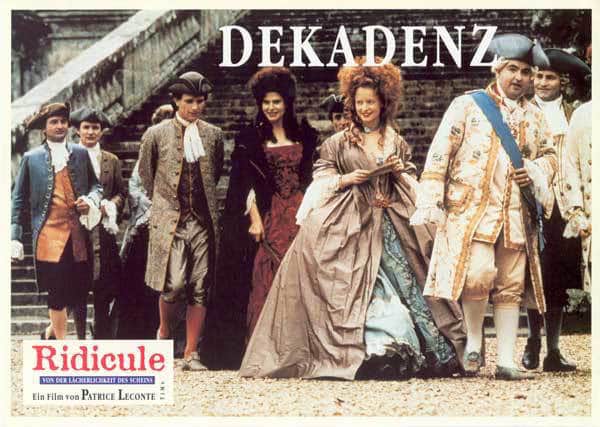 Ardant plays Marie de Guise, regent of Scotland during Queen Elizabeth I’s early reign. Hey, it’s not her fault they got so much of the history wrong! 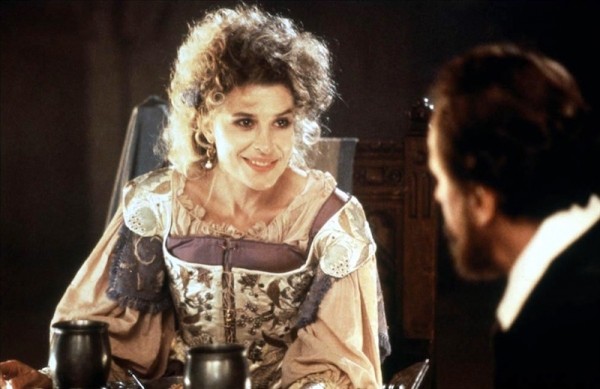 It’s also not her fault they gave her embroidered ARMPIT FLAPS. 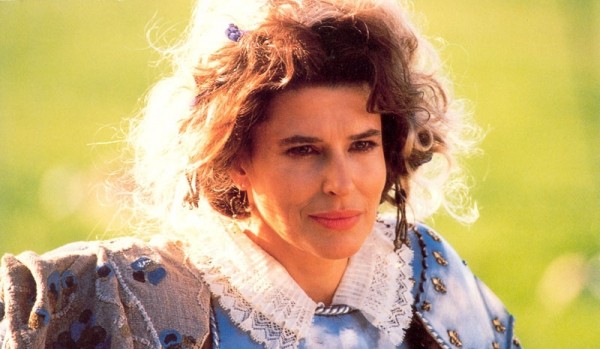 She gives a good performance with what’s available!

The life of famed French writer Honoré de Balzac (Cousin Bette and much more). Ardant plays the married woman he’s in love with. 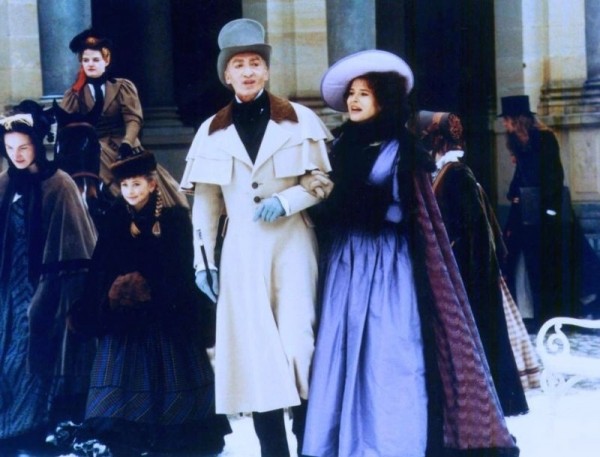 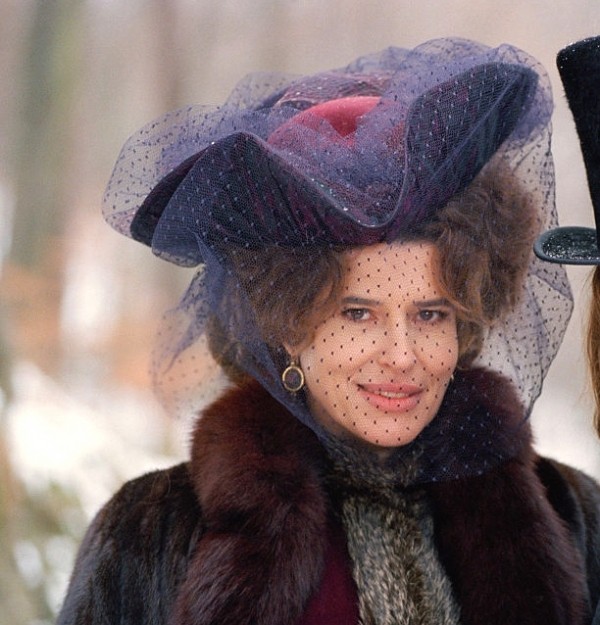 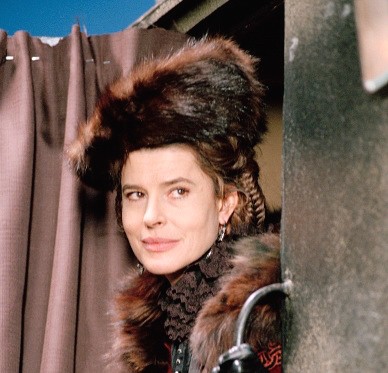 Ardant plays a Prussian painter who paints famed 18th-century intellectual Denis Diderot (Vincent Perez) in the nude, among other naughtiness. 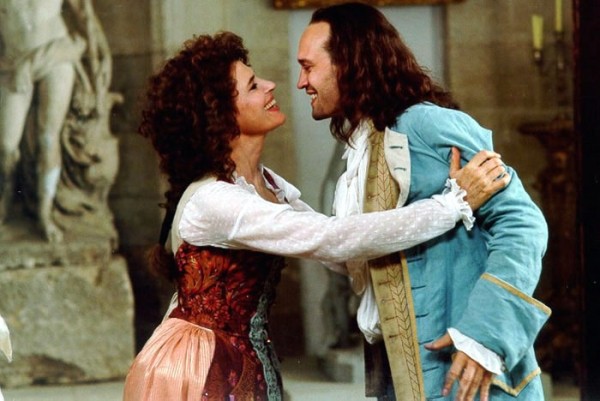 I really need to see this! If for no other reason, than because I keep finding pics of Perez’s naked ass, and that’s a very good thing. 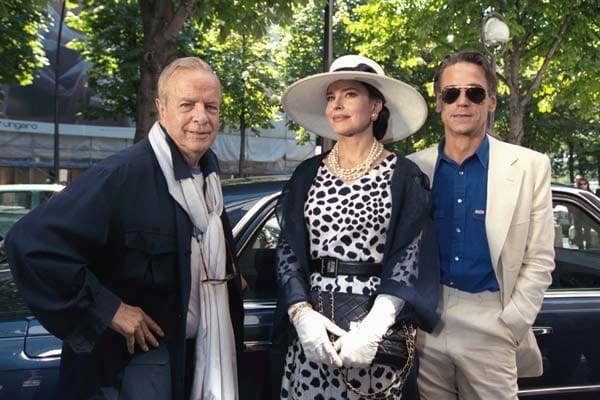 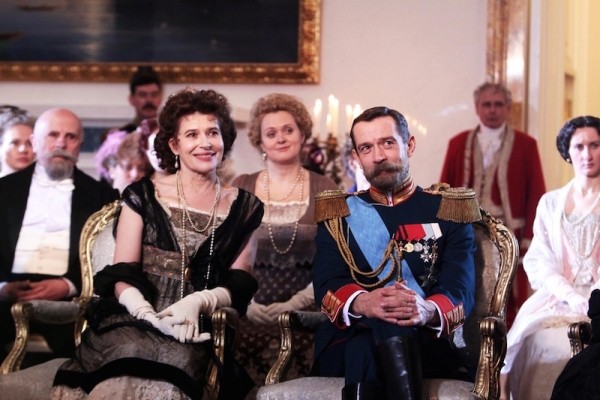 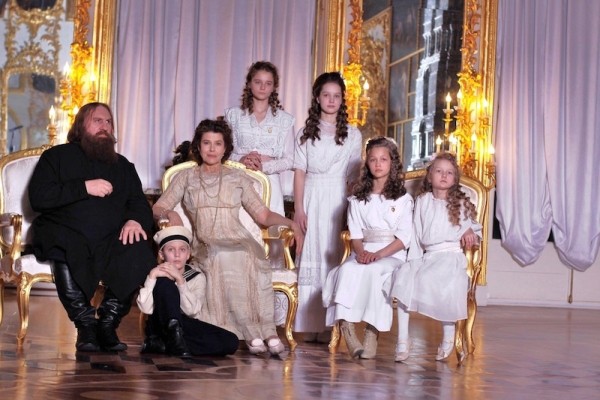 Love all the daughters! 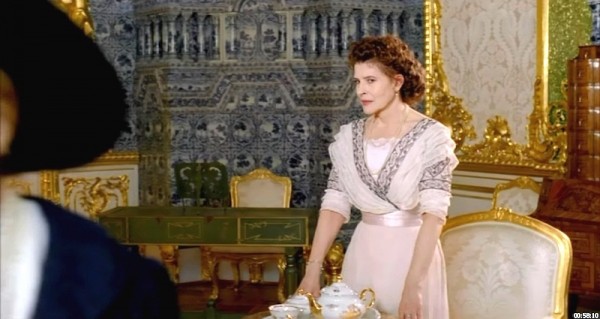 I love the lines of the bodice, so perfect for the era.

And now I feel morally obliged to be random and link to Sarah’s favorite 1970s epic music video, Rasputin by Boney M!

John Malkovich as an aging (literal) Casanova; Ardant plays the mother of one of his conquests. 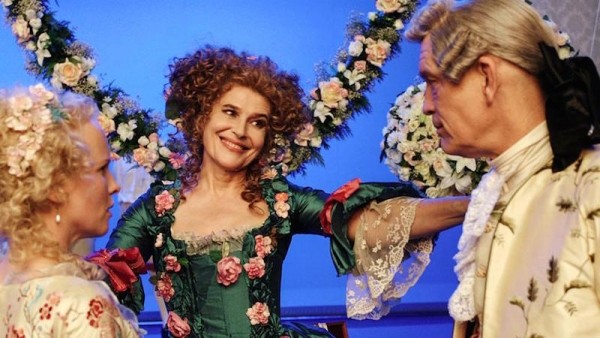 I can’t find any pics from the film; this is from the stage play version.

A story about French resistance during World War II. All I can find out is Fanny plays “the countess.” 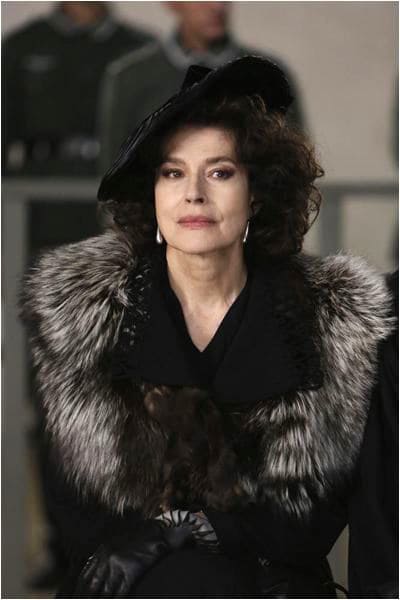 I feel like Ardant was born to play any role calling for a French countess.

Normally I wouldn’t bother with a short film, but Fanny plays the Comtesse of Castiglione, a 19th-century historical figure close to my heart (short version: she was an Italian countess who lived in Paris during the 1850s-60s and designed and posed for artistic photography, then went into seclusion, then during the 1890s did more photography) — and while the screenshots show WTF costumes, this reconstruction of one of her photographs is shockingly impressive.

Compare this, from the film, with real photos of the countess below. 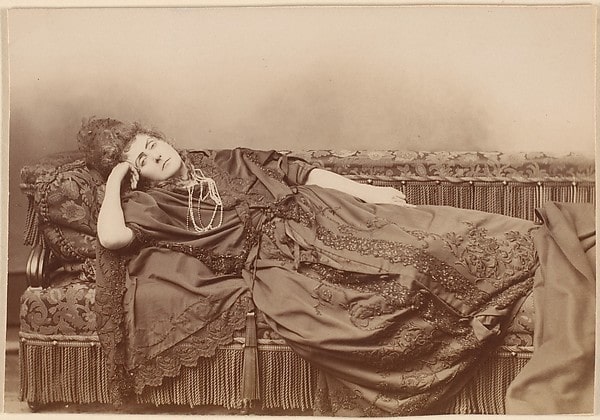 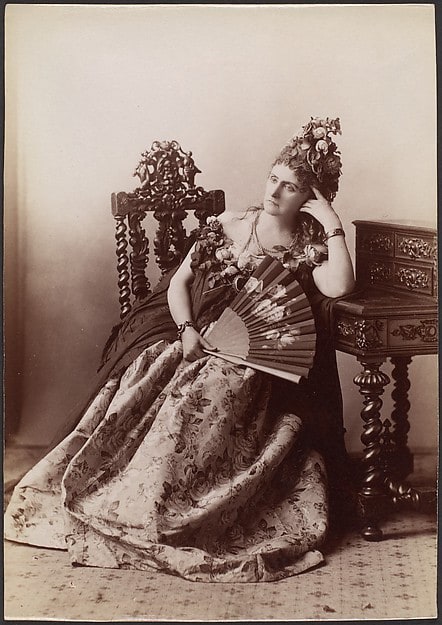