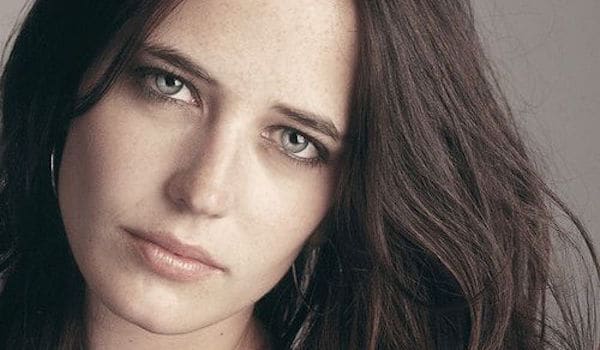 Eva Green has that fine-featured, dark haired, elegant look that I love. She’s perfect for gothic roles, and she wears historical styles very well. Let’s take a look at her many historical costume movie and TV roles!

The Adventures of Arsène Lupin (2004)

Somewhat weirdly cast as the ingenue — I say weirdly, just because she’s gone on to play so many villains, not because her acting is bad! — in this turn-of-the-century French story of a “gentleman thief.” She’s got the neck to carry off both that necklace and the gown!

Eva plays Sibylla, Queen of Jerusalem in story about crusaders in the 12th century.

This is really pretty, even if I have NO idea how historically accurate it is (my guess: not very much). As an artsy teacher at a 1930s English girls’ boarding school in this dark thriller. Her character is very bohemian and arty, so her wardrobe is fabulous. Here, the scarf and the trousers mark her as not-your-average teacher. Great colors, and love the print on the sheer fabric! She doesn’t blend in. Yet another, not terribly inspired, attempt at the story of King Arthur. Eva is one of the best things about the show as evil sorceress Morgan. She’s a sorceress, so I guess we let the pleather and coronet slide? I mean, at least you’re not going to get confused and think she’s the ingenue! Actually I like this look the most — it’s the least heavy-handed!

A film adaptation of the 1970s horror/comedy TV show. Eva plays Angelique, the spurned maid who places the curse on the Collins family. I saw the original 300 because Gerard Butler, but know nothing about this attempt at a sequel to the ancient Spartans battle movie. I’m assuming there are more abs? What did they wear in ancient Sparta? Apparently a lot of kohl. A Danish western. Eva plays Madeleine, the widowed sister-in-law of the protagonist. The dress is actually quite nice, minus the gun! I don’t think things go well for her character. A horror/drama TV series in which various classic gothic characters intermingle. Eva plays Vanessa, childhood best friend of Mina from Dracula, now kidnapped and running into all sorts of scariness. STUNNING costumes by Gabriella Pescucci. All the layered lace! Lots of subtle details here, especially the bit of pink. She was basically made for this look, wasn’t she? A live-action version of the Disney classic, directed by Tim Burton — so it makes sense that Eva was cast as a French trapeze artist. She looks great in red! And that hair is pretty darn 1930s fabulous.