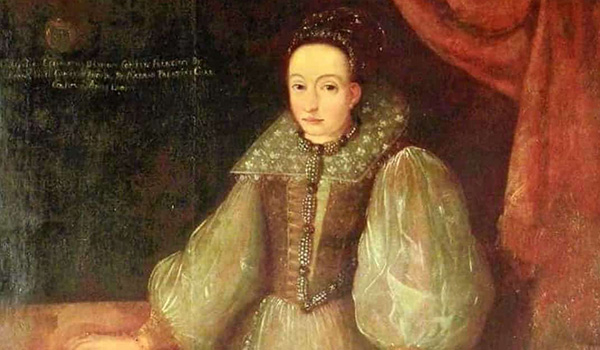 Guinness World Records lists her as the most prolific female murderer, but it’s just as likely that the allegations against her were invented to take away her land and wealth. Mysteries swirl around Erzsébet Báthory aka Countess Elizabeth Báthory de Ecsed (August 7, 1560 – August 21, 1614). She was born into an aristocratic Hungarian family, married a local nobleman, and had five children. After nearly 30 years of marriage, her husband died, and around this time, rumors arose connecting Erzsébet to unexplained deaths. Eventually, the magnate who Báthory’s husband had left in charge of his family and financial matters would investigate and arrest Erzsébet. She was accused of torturing and killing many young servant girls, and she was imprisoned in her castle of Csejte for the final years of her life.

While the truth of what happened is highly debatable, the bits and pieces of her story have been source material for a ton of cheesy horror flicks. I’m not going to dignify the more salacious ones or the endless “descendant of Erzsébet Báthory who likes to bathe in blood” tropes. I do want to look at the on-screen versions showing a bit of her life because she’s a fascinating woman — Halloween time or any time! Sure, this Hammer Horror movie does lean in to the smutty side. But we also see Countess Elisabeth as a proper lady in fancy period-esque dress! She even gets old, while wearing a fabulous black dress with bling! Going goth, as to be expected. Just including one of this Mexican movie series. It’s pretty cliched though. “E” for effort here where it’s the only movie I know of that showed her wearing the gown in the only known portrait (& having the portrait painted in the movie). But otherwise this is a ridiculous try-hard flick. That hair!

Watching it drove me to drink. Click on the title for my full review! Now here’s the one to watch for a solid look at Erzsébet Báthory. Julie Delpy wrote, directed, & stared in this thoughtful movie (with excellent costumes too!). *sigh* Another weird one. The costumes alone are mystifying. The story is both silly & dull. Again, the costumes. WTFrock? Cool for fantasy, but not historical.