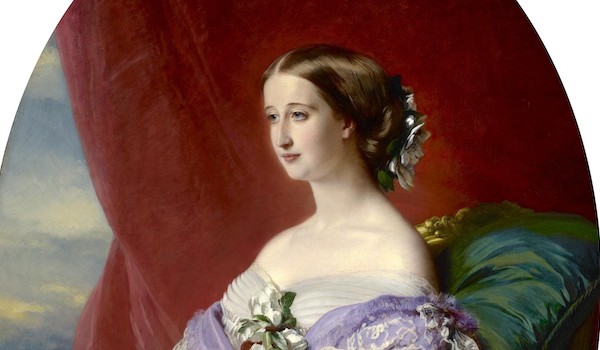 Empress Eugénie of France (1826-1920) was born Eugénie de Montijo, a Spanish countess. She married the future Emperor Napoleon III of France in 1853 when he was president, and the two had one child, a son. 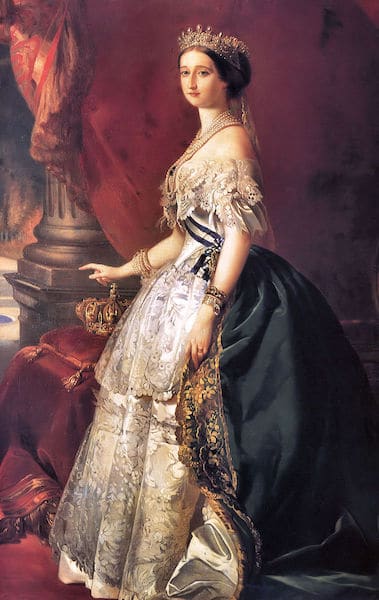 Eugénie was renowned for her beauty and charm and was a style leader for 1850s and 1860s France and the West. She was a hostess, represented her husband at such events as the opening of the Suez Canal, and served as regent for her husband during the Franco-Prussian War (1870). 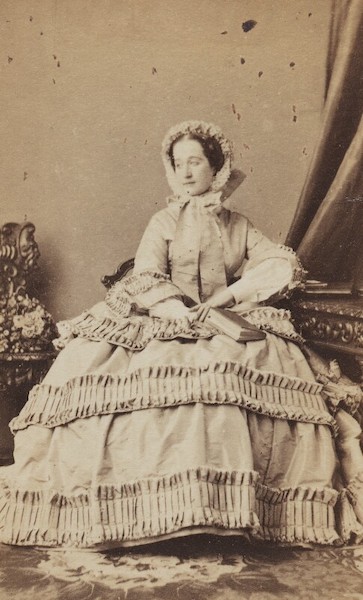 Napoleon III surrendered to the Prussians in 1871, and the couple lived out the rest of their lives in exile in England. 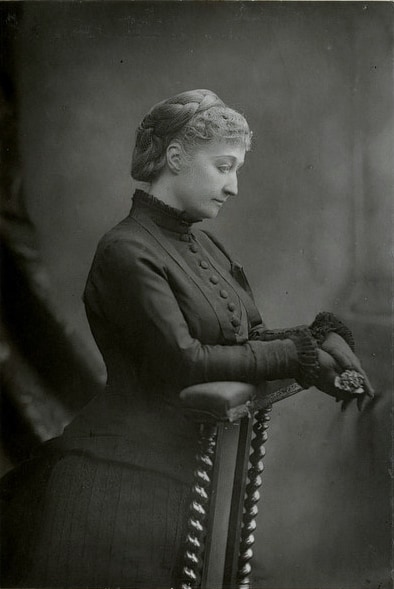 W. & D. Downey, Eugenie, Empress of the French in 1880, via Wikimedia Commons

One of director Sacha Guitry’s historical episodic films. The young Eugénie is played by Raymonde Allain (who also played her in 1938’s Let’s Go Up the Champs-Élysées, also directed by Guitry, but I can’t find any pics), and the elder by Marguerite Moreno. 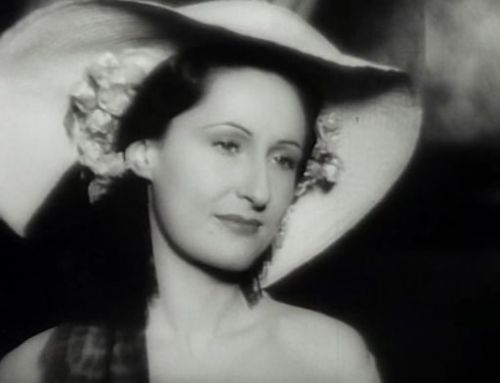 Clearly a nod to Winterhalter’s paintings of the empress. 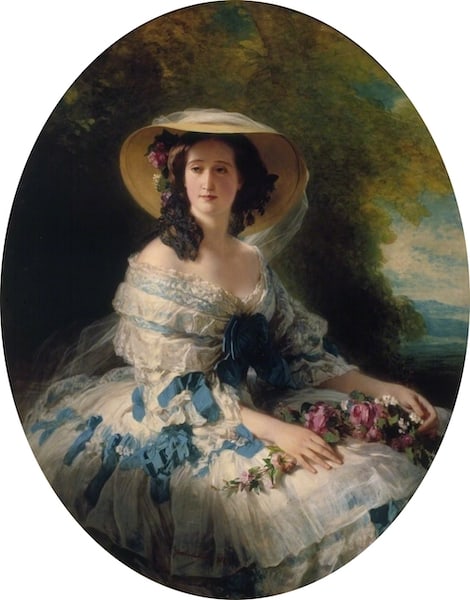 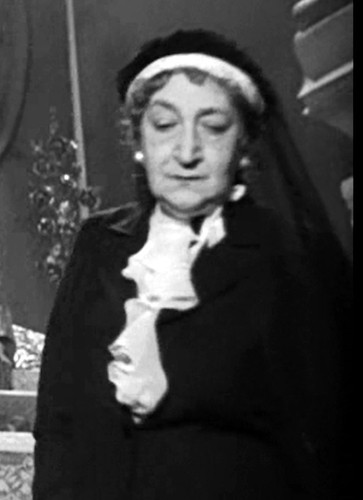 Focused on French diplomat Ferdinand de Lesseps and his role in the construction of the Suez Canal between 1859-69. In the film, Eugénie — played by Loretta Young (1935’s The Crusades, 1946’s Anna and the King of Siam) — is the one who brings de Lesseps to Napoleon’s attention, and then appears at the end at the canal’s opening. Looking at these pics, this is now on my shortlist! 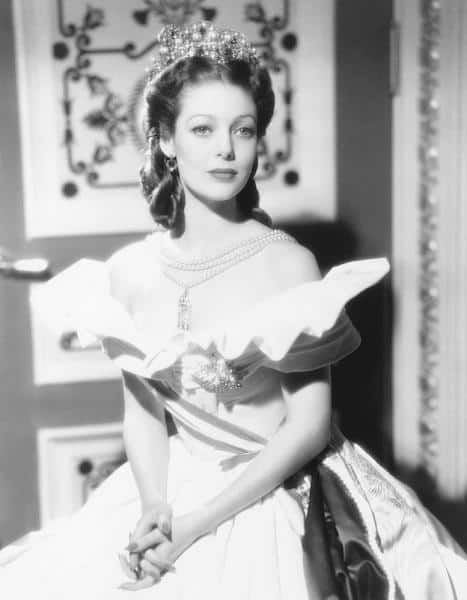 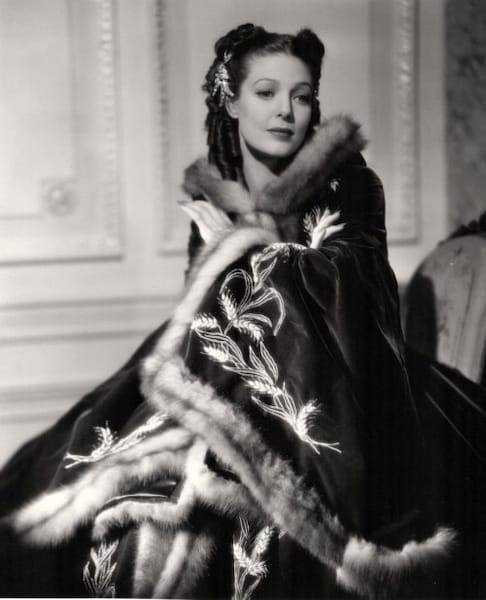 That embroidery! On velvet! Plus fur! 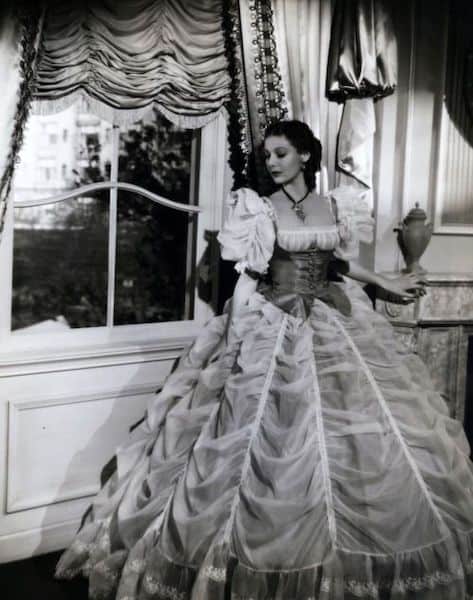 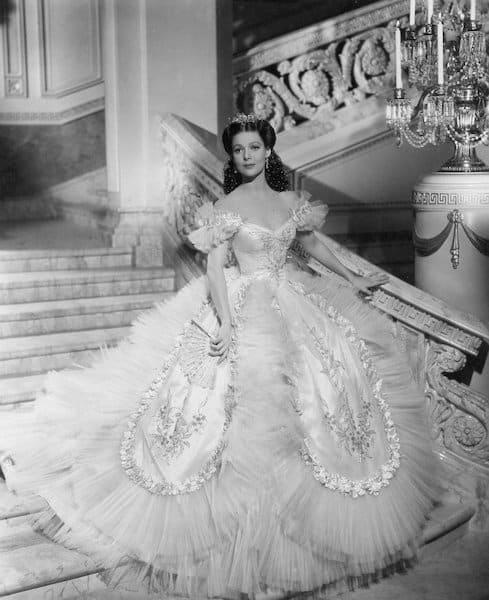 But this is making me faint!!

A romanticized look at Maximilian I’s attempt to serve as emperor of Mexico, with Bette Davis as his wife. Eugénie (Gale Sondergaard – 1936’s Anthony Adverse, 1946’s Anna and the King of Siam) is depicted as an evil villain, scheming politically with her husband. 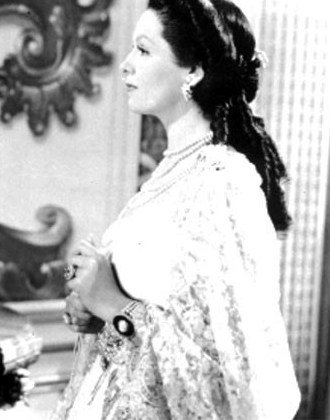 It’s hard to find any close-ups. 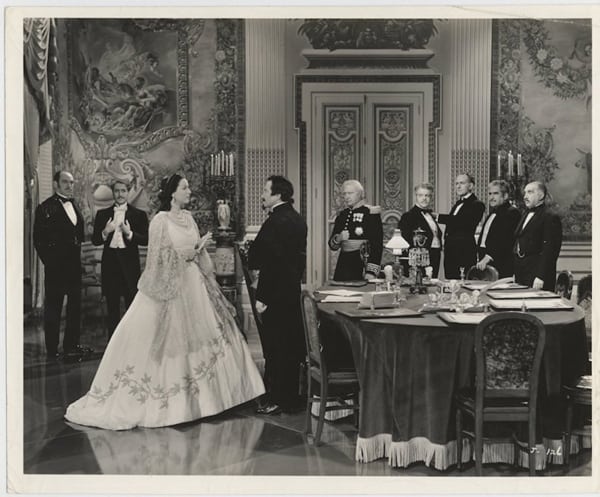 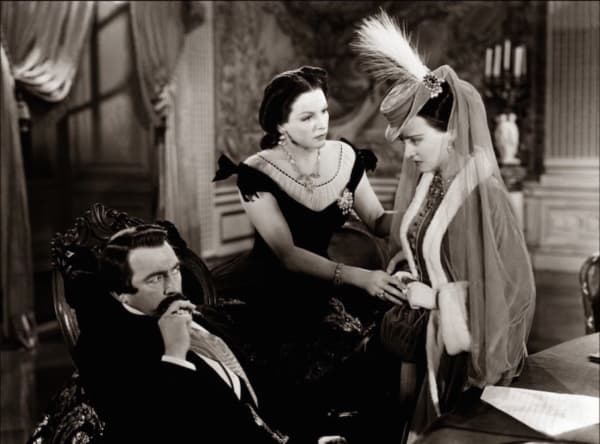 I love that sheer gathered tucker!

A German film focused on Prussian statesman Otto von Bismarck, who was key in leading the German unification movement. Lil Dagover (1930’s The Ring of the Empress and 1931’s Elisabeth of Austria), although I’m unclear how much she features in the film. 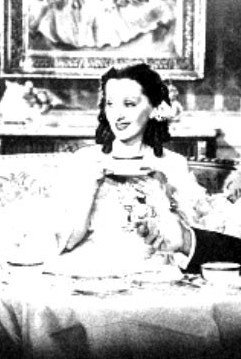 Per IMDB, “the story of Bernadette Soubirous who reportedly experienced 18 visions of the Blessed Virgin Mary from February to July 1858 and was later canonized.” Patricia Morison plays Eugénie, although her role appears to be small. 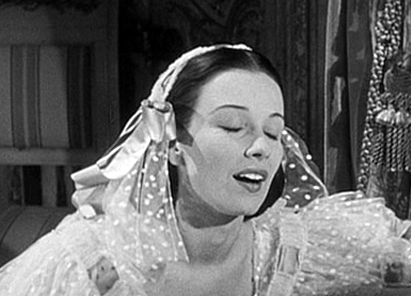 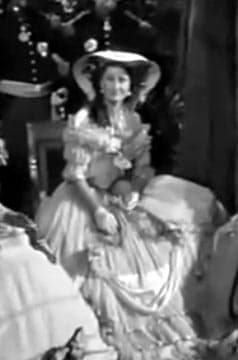 A biopic about the inventor of the first successful seaplane. Eugénie is played by Espanita Cortez. 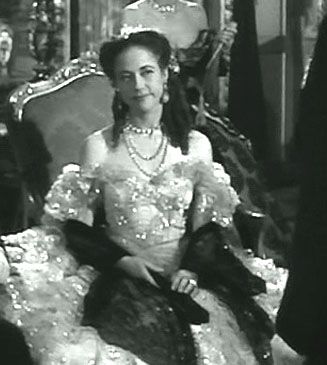 Hard to see much beyond ringlets, shoulders, and sparkle.

An operetta film about a gypsy who foretells Eugénie’s (Simone Valère) rise.

We love that Winterhalter look!

One of many adaptations of Emile Zola’s novel. Jacqueline Plessis plays Eugénie. 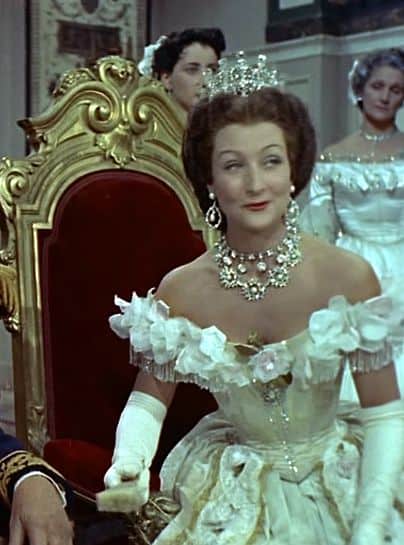 Another historical episodic film by Sacha Guitry, with Renée Saint-Cyr playing Eugénie who is, along with her ladies, dressed as in Winterhalter’s famous painting. 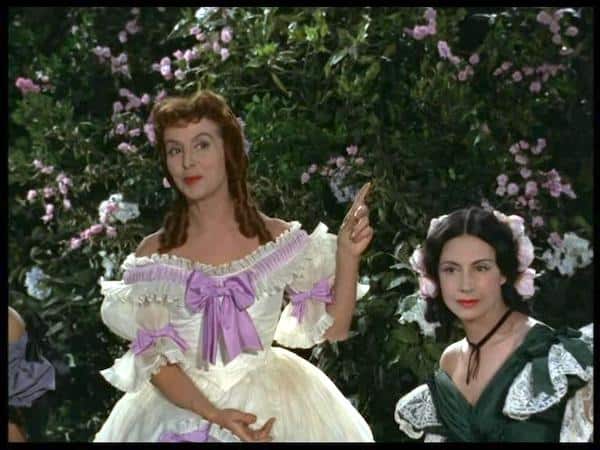 Read my review of the film for a discussion of these costumes. 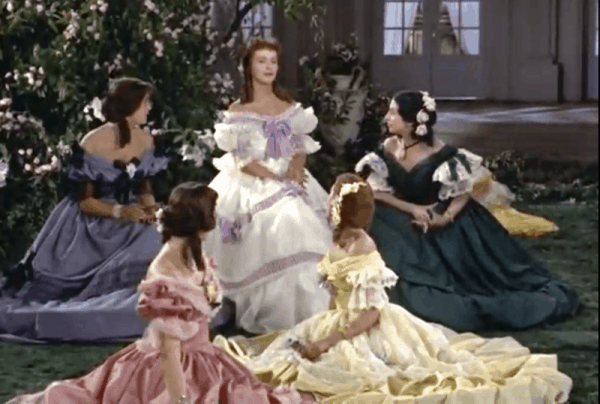 The short version: they’re not BAD, per se!

A French TV series about the suicide of Crown Prince Rudolf of the Austrian Empire in 1889. Marcelle Praince plays an elderly Eugénie. 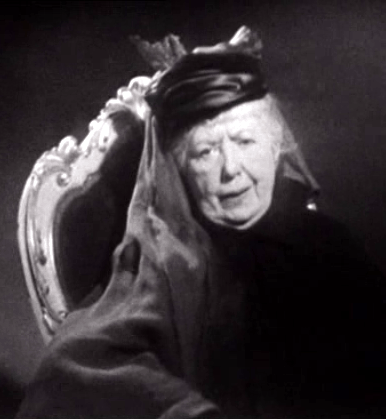 Nothing to discuss here! 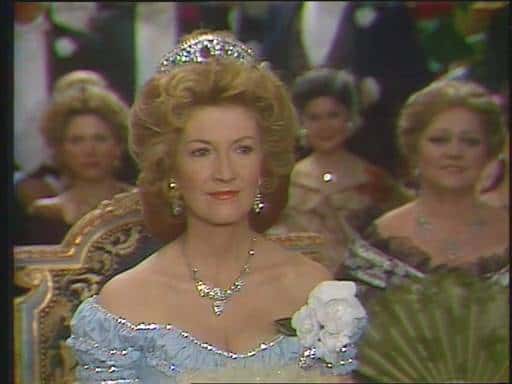