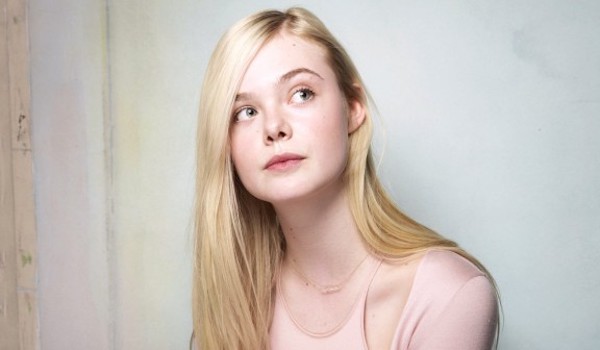 Here’s part two of my question to untangle sisters Dakota Fanning and Elle Fanning in my head!

Brad Pitt plays a man who ages backward. Elle Fanning plays the young version of his love interest (the adult is played by Cate Blanchett). 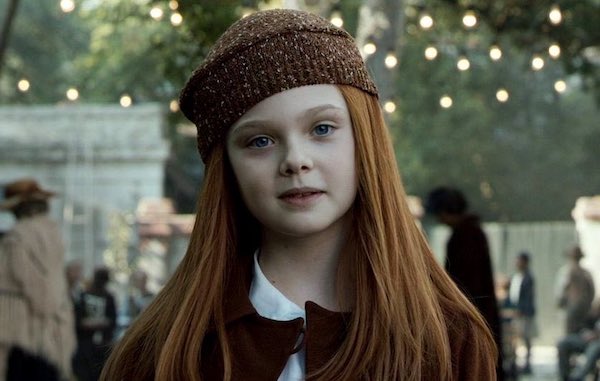 I have no idea what era this is supposed to be, but I’m thinking it’s oldey timey?

Fanning plays “Mary,” who seems to be the renamed Clara in this feature film. 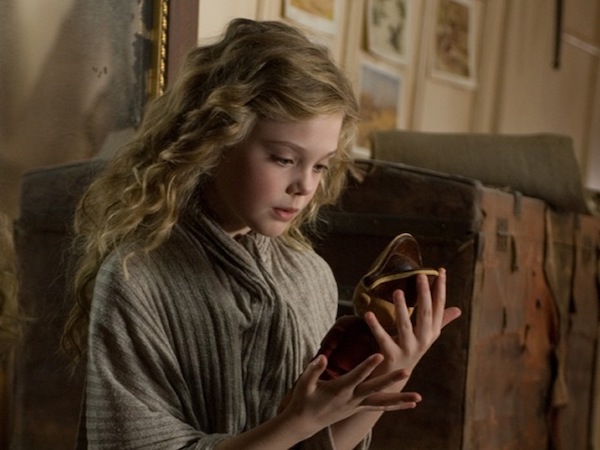 Beachy waves at such a young age! 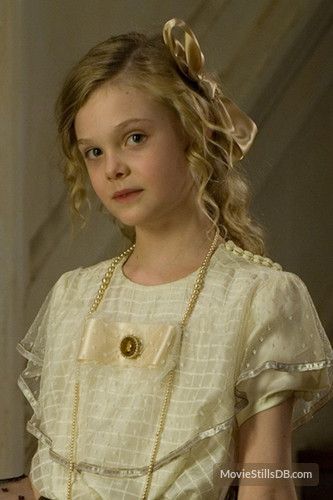 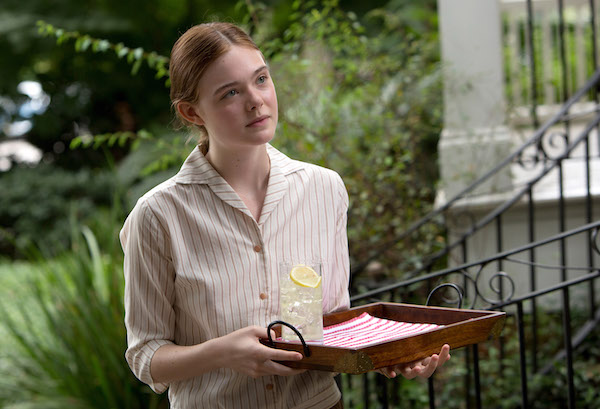 Fanning plays Loretta Figgis in this 1920s-30s gangster movie. Her character seems to be a fictionalized take on Aimee Semple McPherson (a fascinating figure — google her if you haven’t heard of her!)? 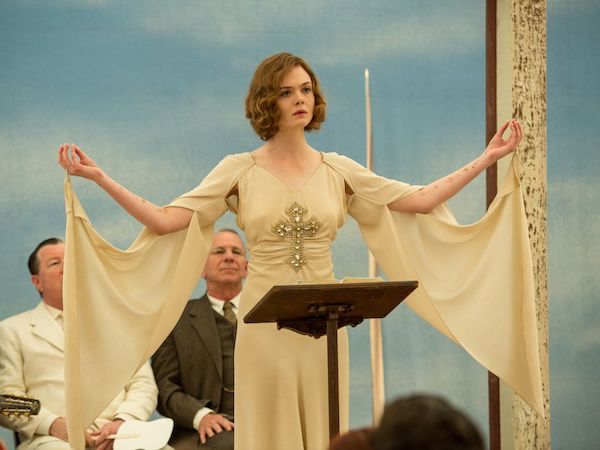 As Gothic novelist Mary Shelley (1797-1851), author of Frankenstein, in a movie about her romance with poet Percy Bysshe Shelley. 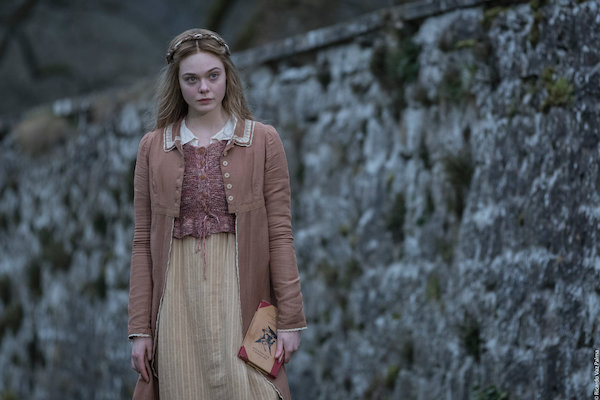 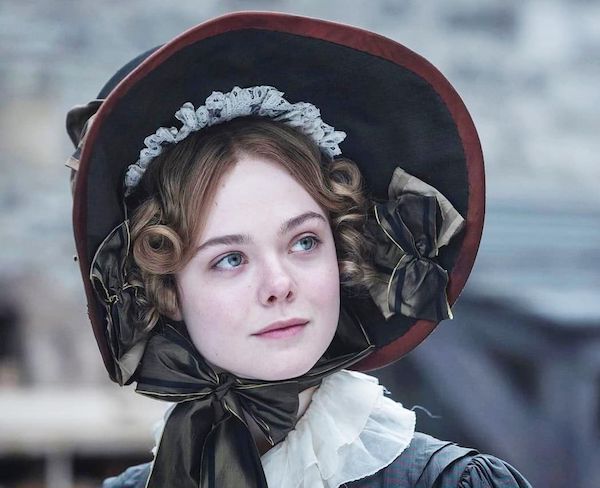 Okay at least the bonnet makes it look historical. 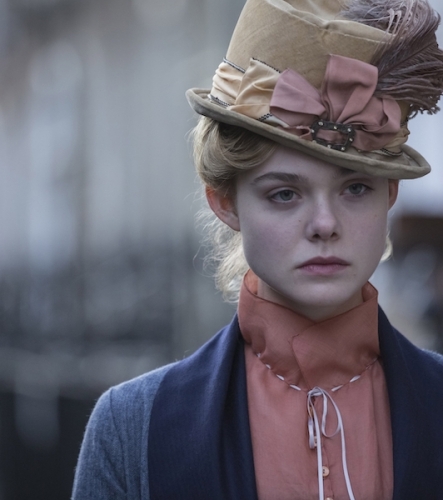 Love the hat, but what’s up with the neckline ribbon?

As a student at a Southern boarding school during the Civil War. 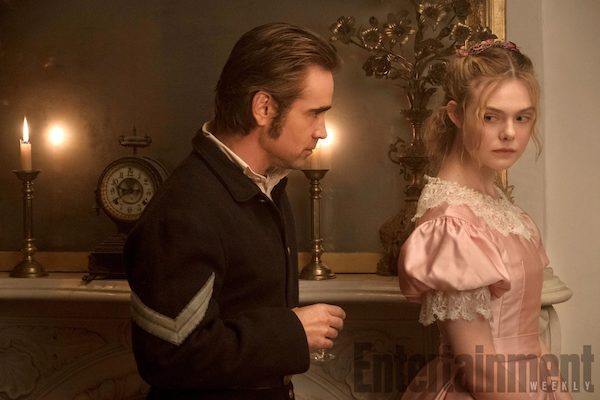 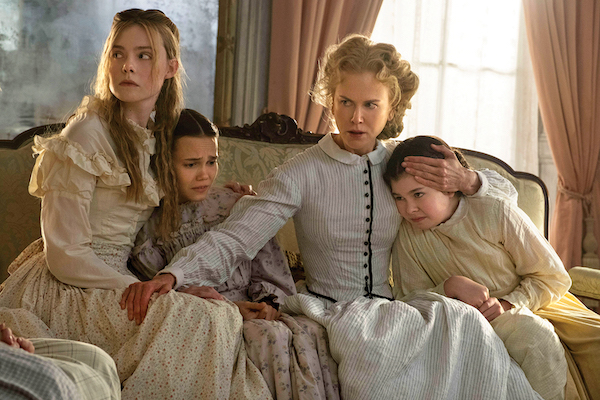 I can’t unsee them! 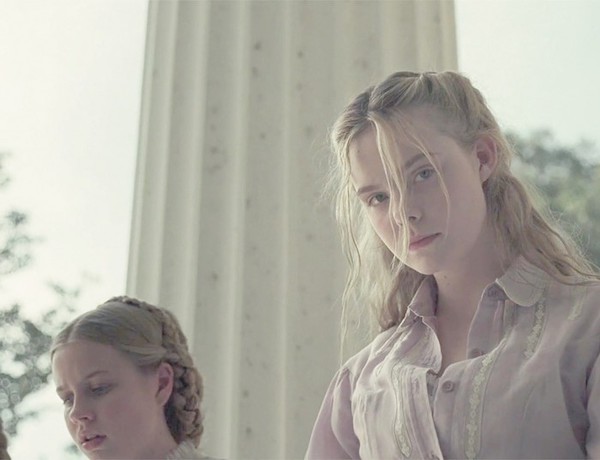 CAN’T SEE TOO MANY WISPS. 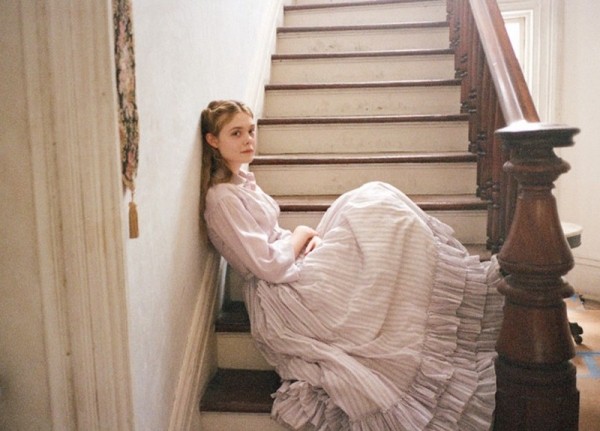 Just hanging on the stairs. 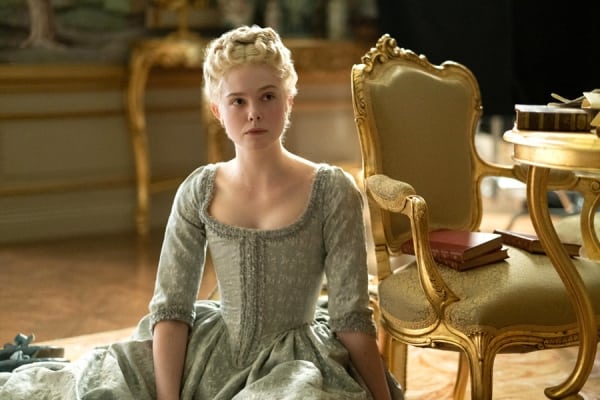 Such great hairstyles in this! 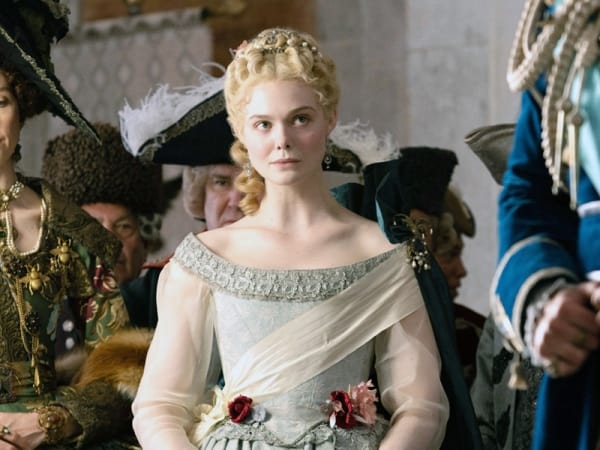 In a sort-of court gown. 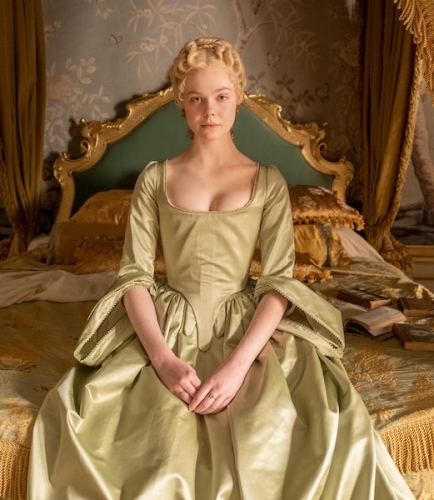 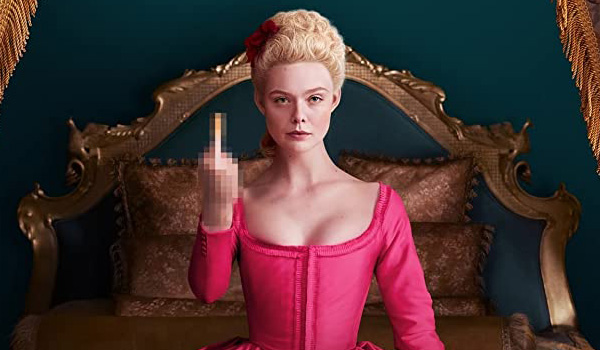 Get ready for season 2, where I guess they don’t have enough fabric for non-crop-top chemises?