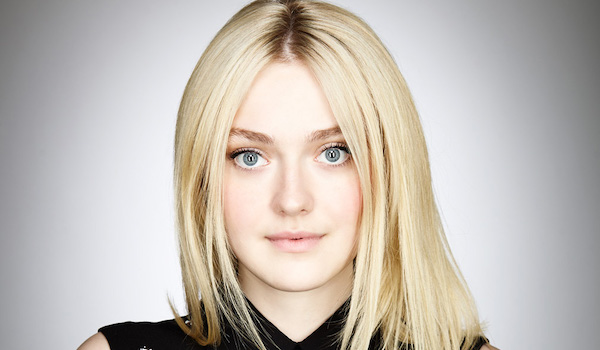 I admit I have a hard time telling the Fanning sisters — Dakota and Elle — apart. I saw that the two would be starring in the upcoming World War II adaptation The Nightingale, and so I decided to attempt to disentangle them in my mind. Look for a post about Elle next week!

A coming of age story set in 1964 South Carolina. 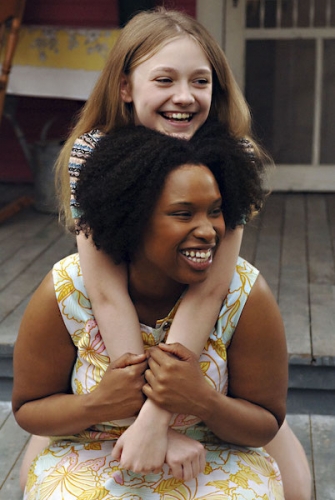 As actress Beverly Aadland in this 1950s-set story about an aging Errol Flynn. 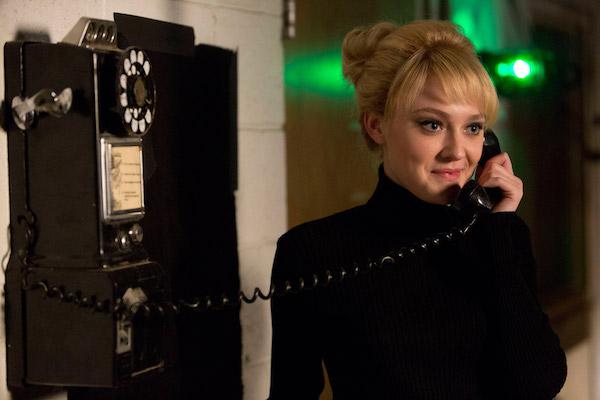 Ah yes, the era of the black turtleneck! 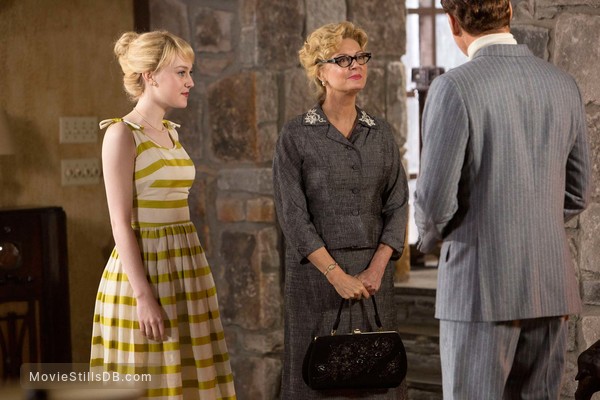 The true story of Pre-Raphaelites John Ruskin and his wife Euphemia Gray, whose trouble marriage was eventually annulled. 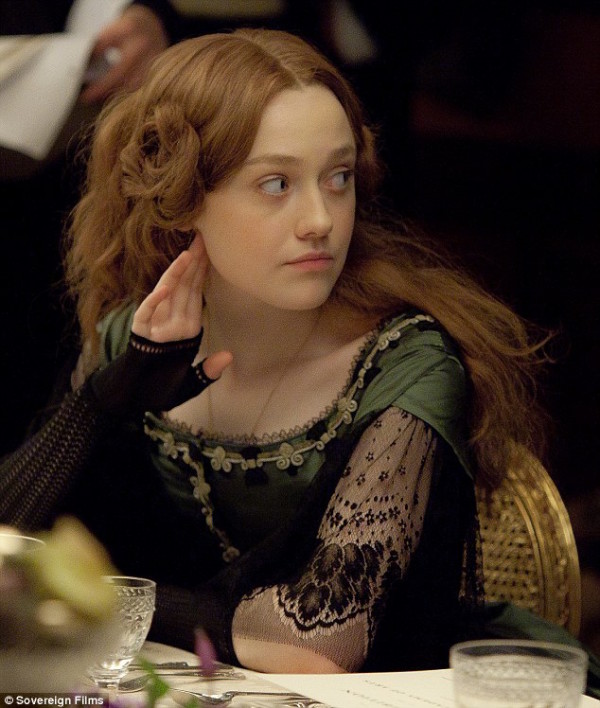 I admit I love this hair and the black lace with the green, although that neckline trim is clunky,.

In Venice. I give the hair a pass, because Pre-Raphaelite. 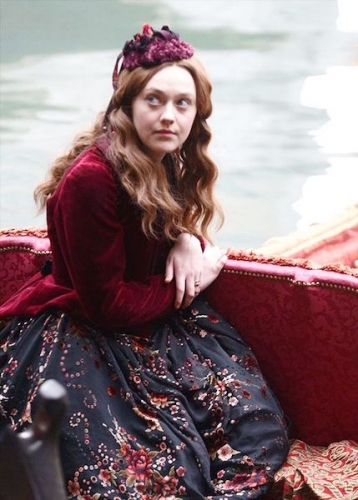 A thriller set in the late 19th-century West. Fanning plays a mute midwife. 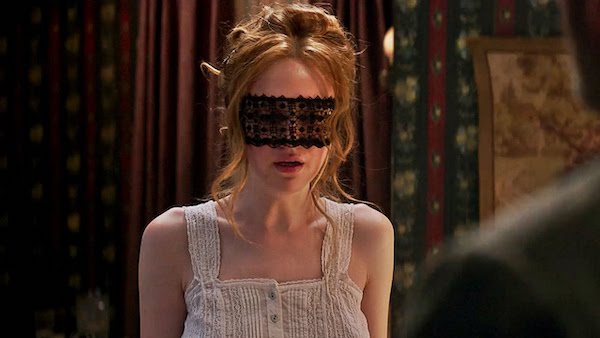 I don’t understand this. 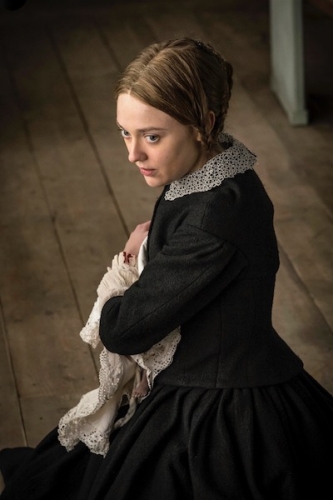 Okay this looks appropriate to the period. 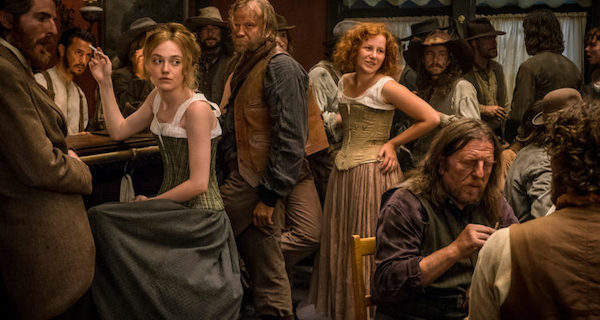 Wait is she now a prostitute? 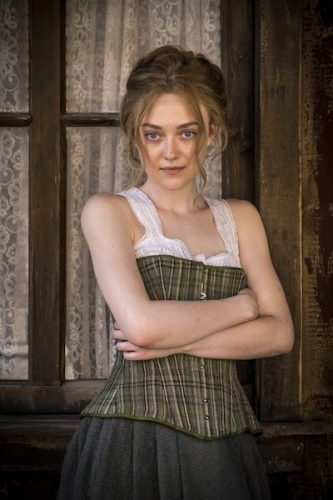 A TV series about a team trying to solve a case about a serial killer of children, set in 1890s New York. 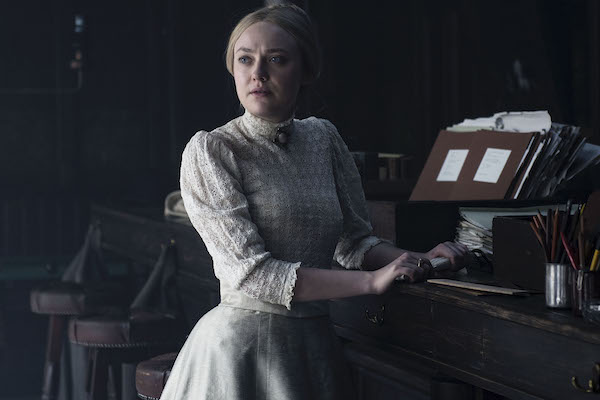 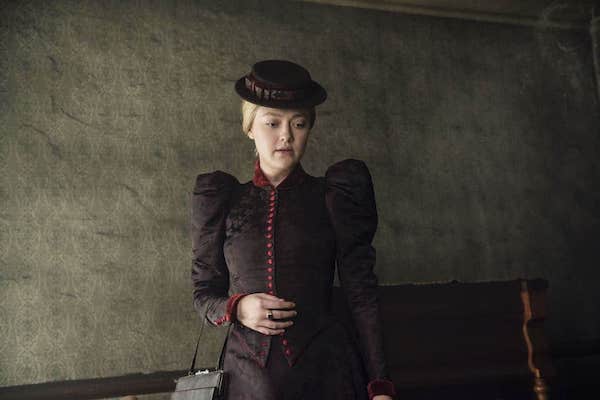 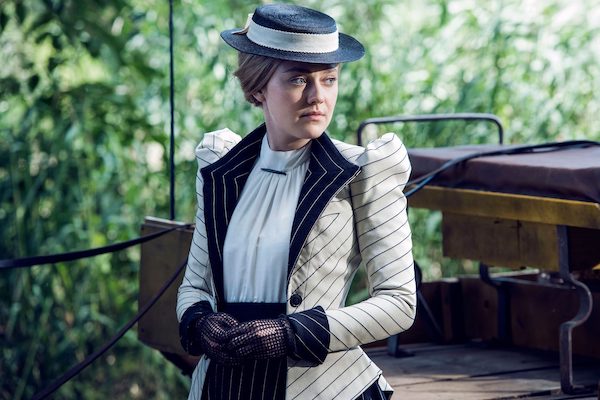 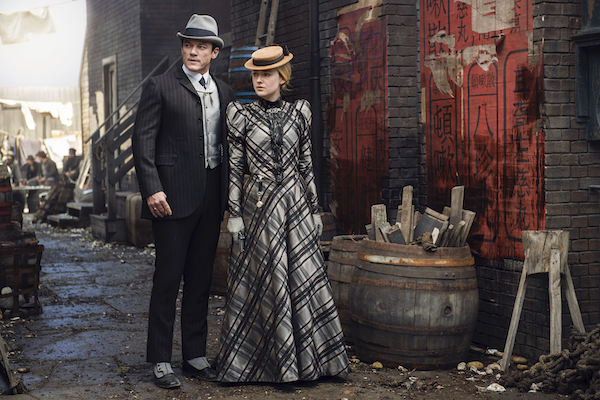