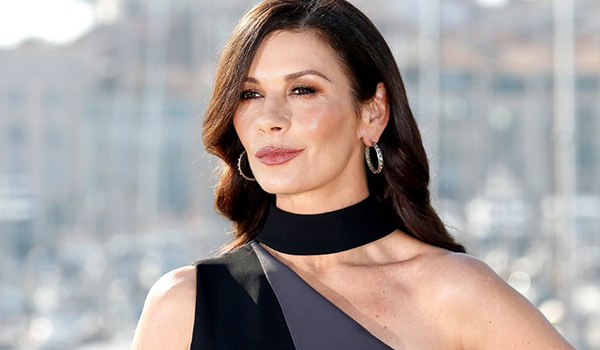 While many of her roles capitalized on her striking looks and figure, Catherine Zeta-Jones has dramatic and comedic acting chops that she proves time and again. In frock flicks, she’s much more than the “exotic” seductress she was sometimes typecast as, playing pivotal roles in historical and literary adaptions. This Welsh actor started young in West End musicals, and has only slowed down recently due to family obligations, but I hope she has a few more costume dramas in her! This TV series set in 1950s Kent made Zeta-Jones famous throughout the U.K.

Beatriz in Christopher Columbus: The Discovery (1992) Cheesy renfaire bodice for a cheesy biopic of the explorer. Victoria Chapman in The Cinder Path (1994) Finally moving on to more substantial parts, like this three-part miniseries based on a Catherine Cookson novel & set during World War I.

Eustacia Vye in The Return of the Native (1994) As one of Thomas Hardy’s most fascinating heroines, in the only filmed version of this novel.

Catherine in Catherine the Great (1995) Kendra called this the “romance novel adaptation” of the empress’ life, but it did have good costumes! The CBS miniseries before the big-screen version of the story. Zeta-Jones’ performance was noticed & got her the role in Zorro. Supposedly set in 1840s California, this flick is ridiculous as all get-out but so much fun because of Catherine Zeta-Jones & Antonio Banderas. I could watch those two all day. She won an Academy Award, Screen Actors Guild Award, & BAFTA Award for Best Supporting Actress, for bringing her own fully fledged background to this character, along with “All That Jazz.” The sequel wasn’t as popular (or as good) as the original (they rarely are). But here’s a cute pic of Zeta-Jones knitting on-set. Playing a Scottish con artist who meets up with Harry Houdini in 1920s Britain. Perfectly cast as a glamorous journalist in this big-screen version of the World War II period TV series. She earned rave reviews for portraying this movie star in the 1960s, but the then-still-living de Havilland sued the network for ‘unauthorized use of her name and identity.’