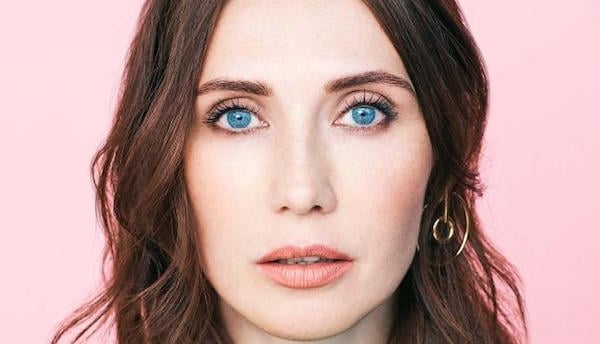 To most of us, she’s Melisandre from the just-ended Game of Thrones. And as that’s one of my favorite characters, she’s been on my brain! Van Houten is a Dutch actress and has actually done a decent number of period flicks, so let’s run them down.

Set during World War II, van Houten plays a Jewish woman who goes undercover as a gentile singer to infiltrate the Nazis occupying the Netherlands. I remember watching this, but I can’t remember what I thought of it, other than I didn’t hate it! 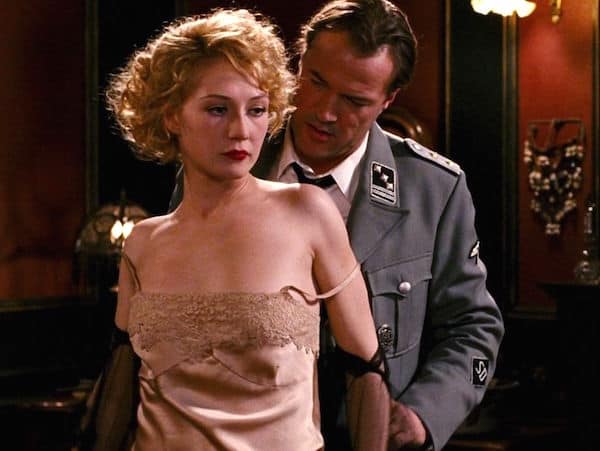 That’s right, she’s blonde in this (as part of her disguise). 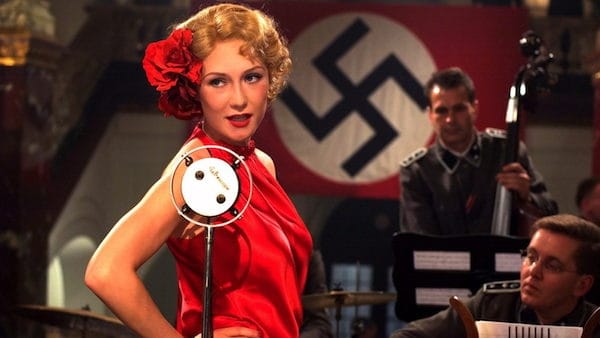 She does do retro glam beautifully! 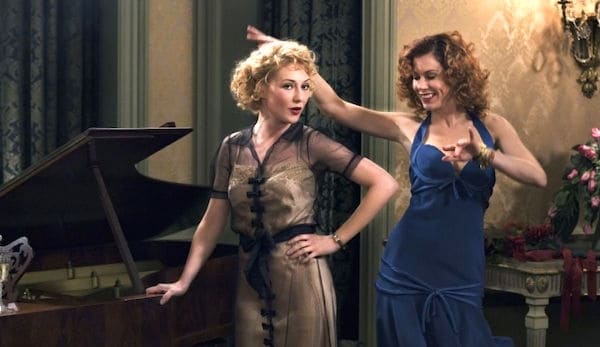 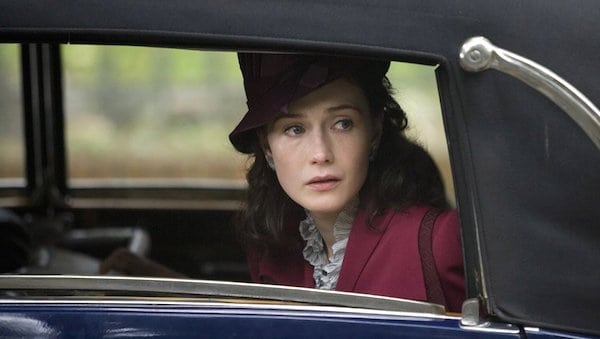 I’d be sad too if I was married to Tom Cruise.

A mid-20th century English boy travels in time to the Regency era, where he meets various ancestors, including van Houten’s character. 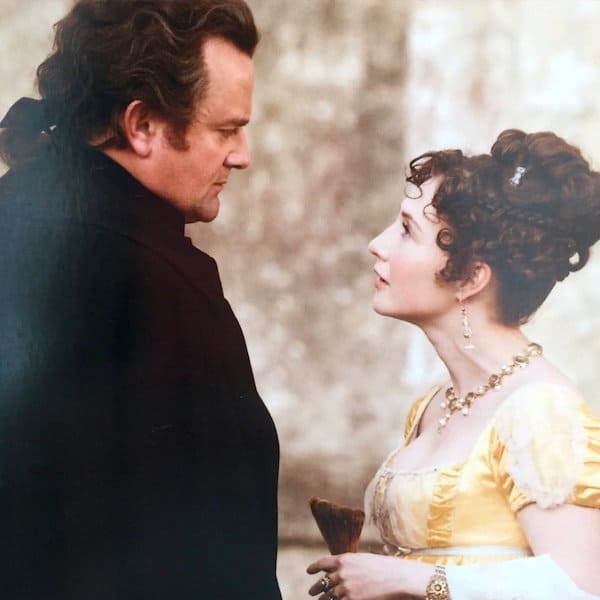 A monk investigates mysterious goings-on during a plague epidemic in 14th century England. Van Houten plays one of the village leaders, who is supposedly bringing people back from the dead. 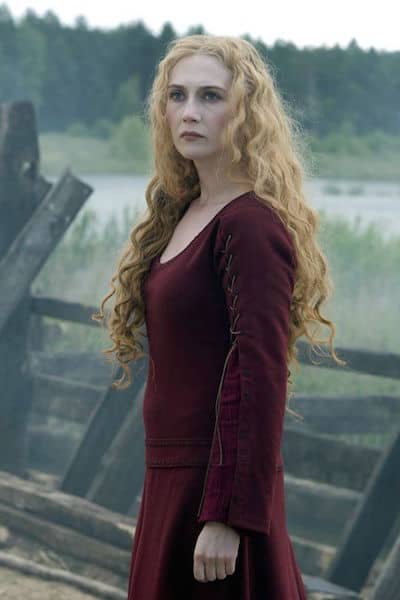 A dry run for Melisandre? 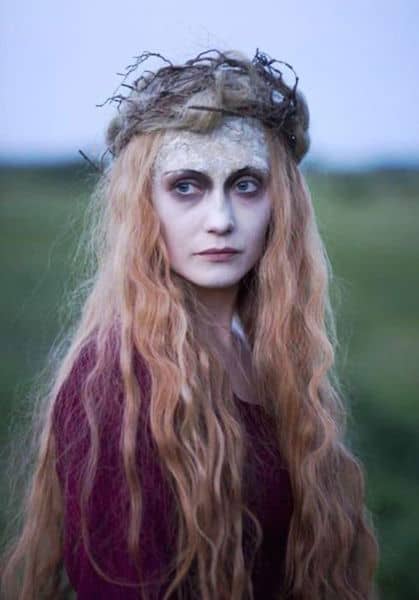 A Dutch series that’s a comic take on history; van Houten plays Cleopatra in one episode. 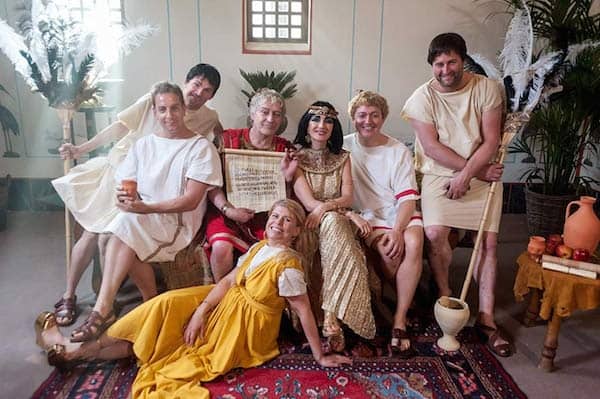 Not taking anything seriously. 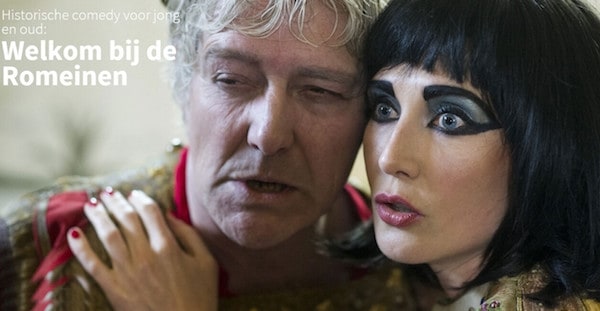 Especially not in the makeup dept.! 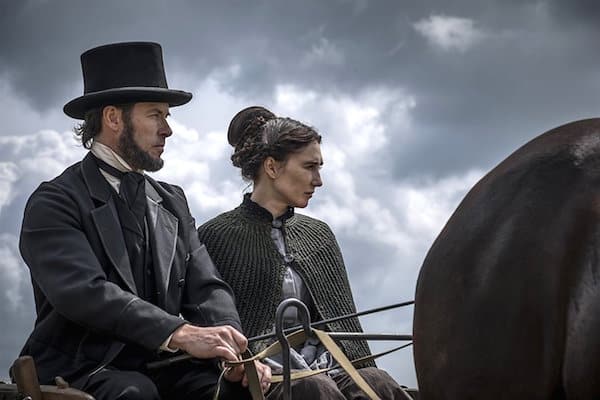 Ah, the scraped-back hairstyles of the mid-19th century. SO flattering.

Returning to WWII yet again, van Houten plays German Nazi filmmaker Leni Riefenstahl in this film about Jesse Owens and the 1936 Olympics. 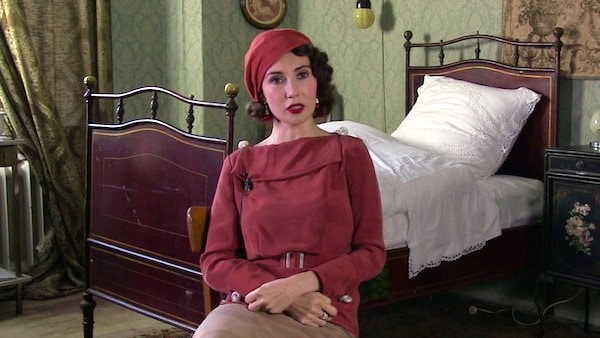 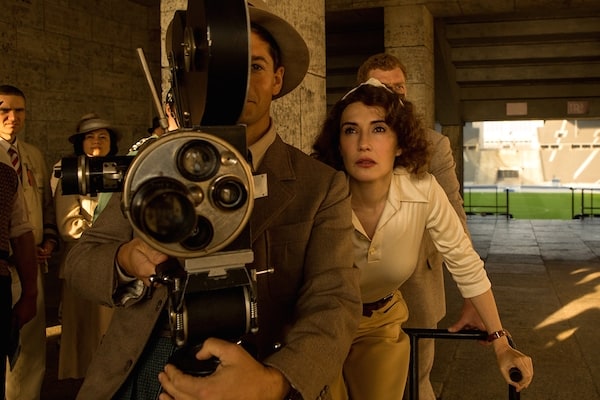 Set in 1930s Czechoslovakia, in which two women fall in love while living in an iconic modernist house. 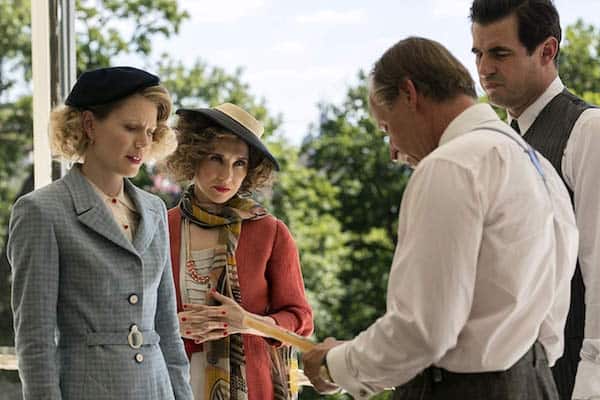 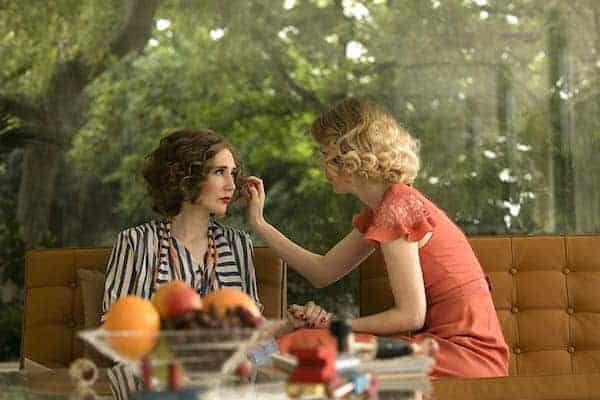 Which is your favorite Carice van Houten historical role? NO Game of Thrones doesn’t count!