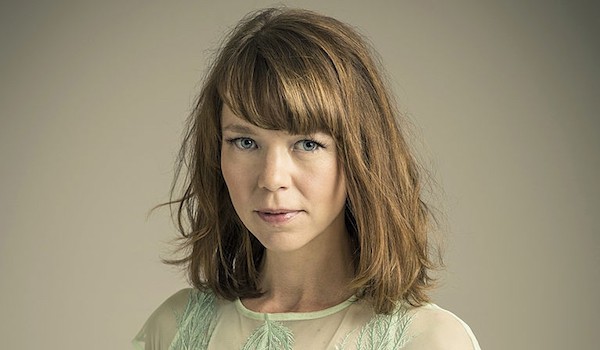 Anna Maxwell Martin is a British actress who brings massive talent and intelligence to her historical roles. She’s also not afraid to presented as plain, which is impressive in this day and age of unrealistic beauty expectations — and she can do gorgeous and glam just as well! Let’s take a look at her body of work, and cross our fingers for much more:

It’s been too long since I watched this Elizabeth Gaskell novel adaptation to remember her minor performance in this — I’m guessing she’s a factory worker? As Esther Summerson, the central character in this Charles Dickens adaptation. She’s a mid-19th century housekeeper/companion who learns she has a complicated past. As the minor character of the “gaoler’s daughter” in this live action version of the famous novel. As Cassandra Austen, younger sister to writer Jane Austen, in this loose biopic. She captures Cassandra’s intelligence and pain beautifully. I was surprised to enjoy this as much as I did! She’s a teacher who returns to the small Yorkshire town she grew up in to become a school headmistress in the 1930s. An adaptation of a Sarah Waters novel that I somehow missed! Lesbians in London during World War II. As Susan, the central character among four women who during World War II were codebreakers. Now the war is past, and they set themselves to solving a serial killer mystery. As Elizabeth Bennet in this modern-author-written continuation of Jane Austen’s Pride and Prejudice. As the taciturn housekeeper in this Agatha Christie adaptation. A British TV series in which a popular urban myth is fictionalized; Maxwell plays novelist Agatha Christie during her famous mysterious disappearance. Which is your favorite Anna Maxwell Martin role?