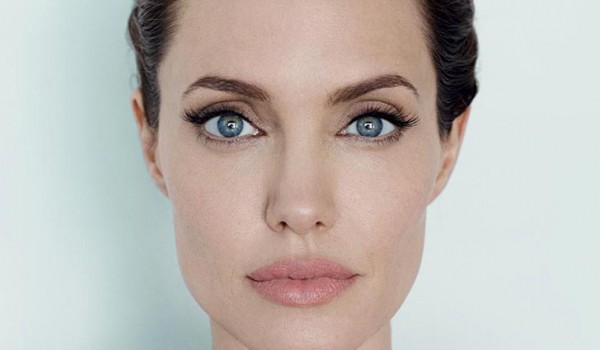 I know, it’s trite to say that Angelina Jolie is gorgeous. She is! And she’s actually a pretty decent actor. Watching Changeling reminded me of that, so I thought we should take a look through her oeuvre … And pray that she someday gets that long-talked-about Cleopatra movie off the ground!

She plays the wife of the pro-segregationist 1960s Alabama governor. Ya know, with a title like “True Women,” I kind of want to watch it. Because I picture there’s going to be a lot of stoically strong yet maternally feminine women grabbing fistfuls of dirt à la Scarlett O’Hara. Okay so I do think Jolie’s hair is pretty, even if it’s a whole lot of WTF. Yuuup… just watched the trailer, and it’s as heavy-handed as I imagined! “The Old West was ruled by men…. but THE WOMEN conquered it!!!”

She’s AND Antonio Banderas are sexy AF, the 1870s costumes are great, and the story actually sucks me in!

Okay, I really need to remember to watch this, because it sounds like SUCH  train wreck. Jolie plays the mother of Alexander the Great, who is played by Colin Farrell who apparently couldn’t lose his Irish accent, so they made everyone adopt one. Plus it’s directed by Oliver Stone. Literally going to watch this tonight, I love a good train wreck! And here’s why we all want to see her as Cleopatra. A surprisingly engrossing story of a disappeared child, set in the 1920s. Watch it! There are great hats! And Jolie’s acting matches how fab she looks!

What’s your favorite of Angelina Jolie’s historical roles? Am I crazy to want to sit through Alexander?