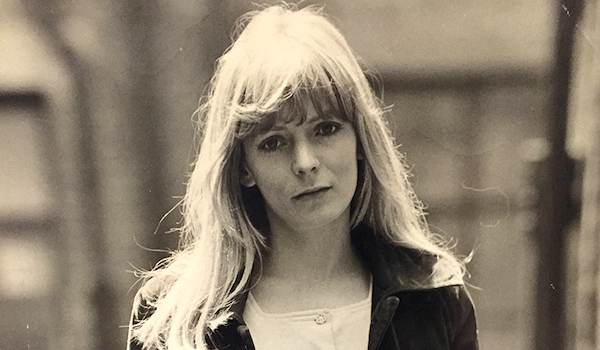 I love that English actress Alison Steadman’s career seems to have most taken off in middle age — we need more middle-aged and older ladies represented on screen and in our frock flicks! She’s iconic in our world for her role as Mrs. Bennet in THE Pride and Prejudice (1995), and she’s popped up in other things … so I wondered what else she was in? Well, here you go! 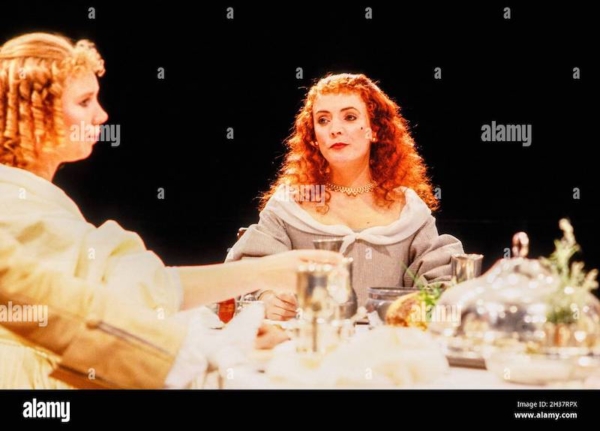 Look at that red hair! 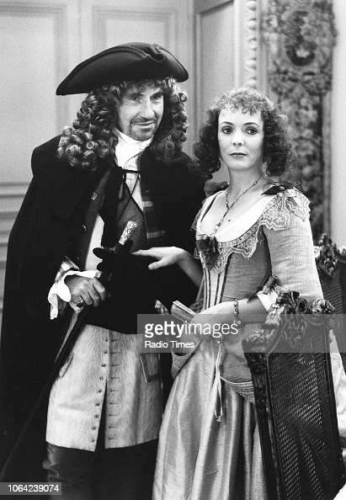 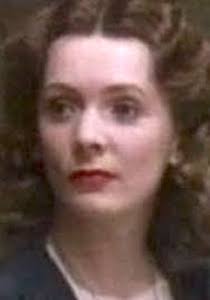 Sadly I can do no better.

A BBC miniseries about a mystery writer who enters a noir dreamworld. Steadman plays the author’s mother and “Lili.” 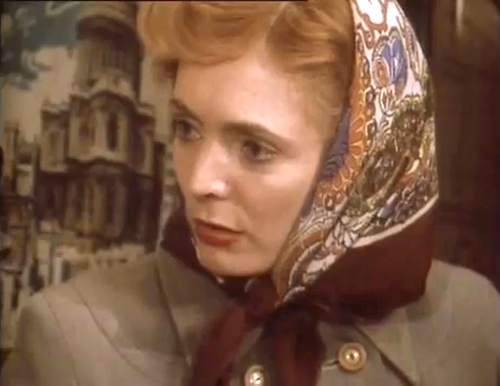 Very mid-century British with that scarf! 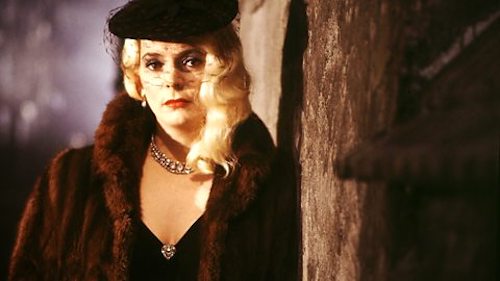 I’m pretty sure this is from the same production?

The Adventures of Baron Munchausen (1988)

A wild, bizarre fantasy film sort of set in the late 18th century. It’s directed by Terry Gilliam (Time Bandits, Brazil, 12 Monkeys) so that should give you a sense. Steadman plays the minor role of “Daisy.” 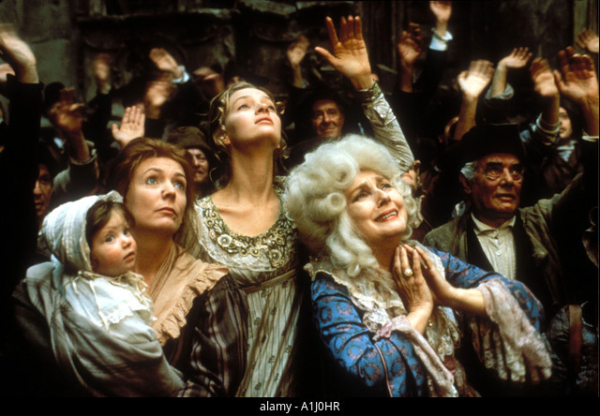 The film is bookended by more realistic scenes — there’s Steadman on the left holding the child. 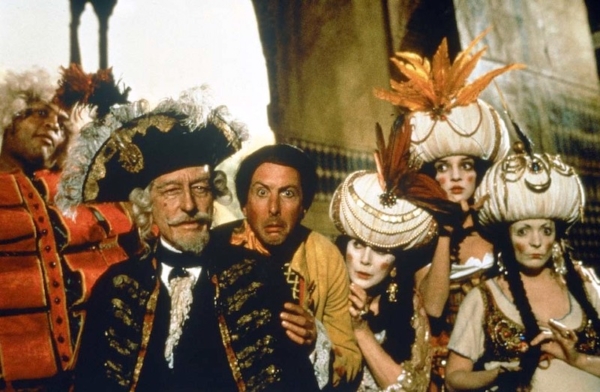 And on the right, I think as an Ottoman woman? 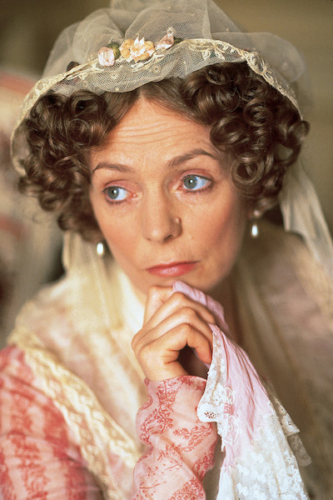 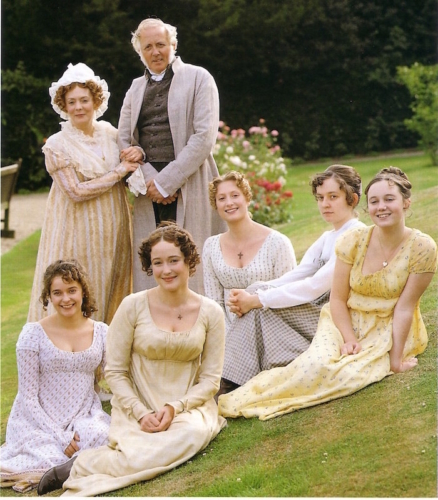 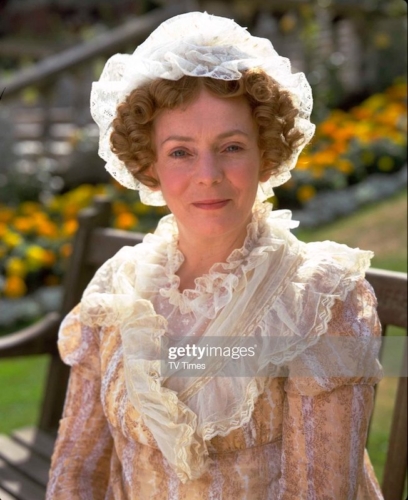 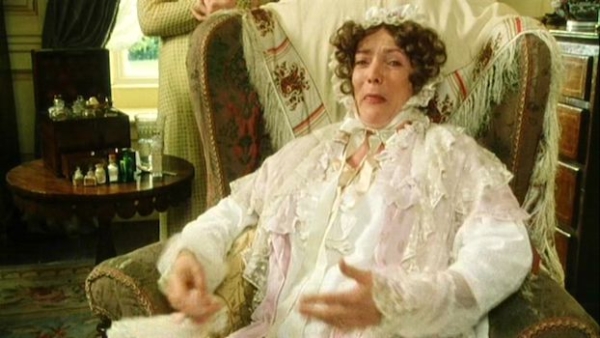 But then she starts wailing! 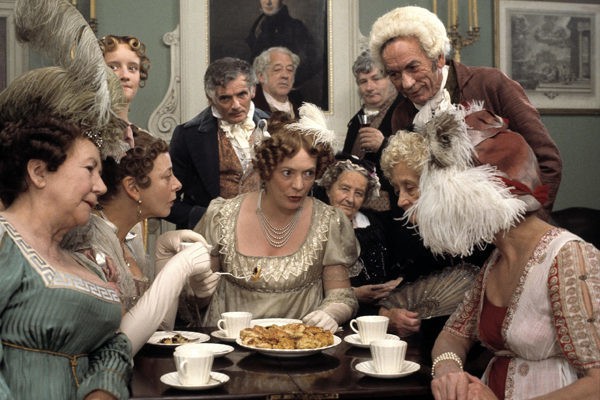 She’s probably not the WORST mother ever, but she’s not great.

All I can find it out is it’s a BBC miniseries set during World War II. 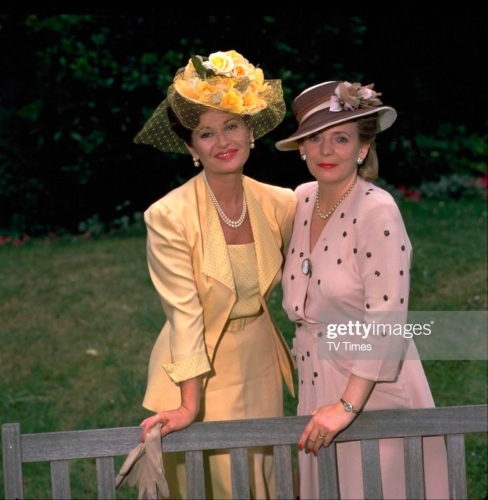 The excellent movie about the first production of Gilbert and Sullivan’s “The Mikado.” Steadman has a tiny role as Madame Leon, I think a costume designer. 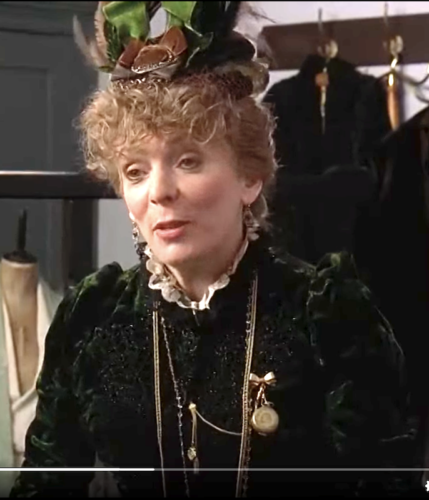 I literally skimmed through the movie to screenshot this for you. You’re welcome!

A HILARIOUS Dawn French and Jennifer Saunders (from Absolutely Fabulous) TV series set at Versailles just prior to the French Revolution. One of the funniest things I’ve seen in a while. Steadman plays Saunders’ character’s arch-rival, Madame de Plonge. 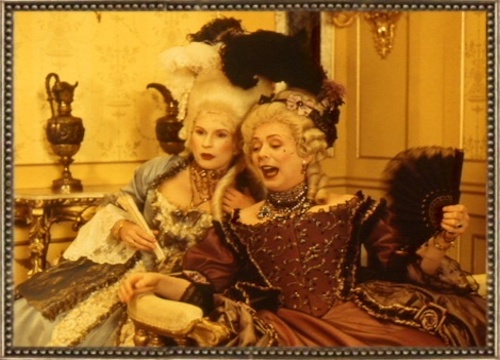 Fopping it up with Saunders. 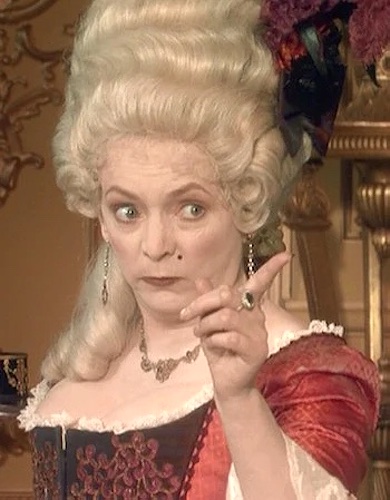 The costumes are theatrical, but mostly good theatrical! 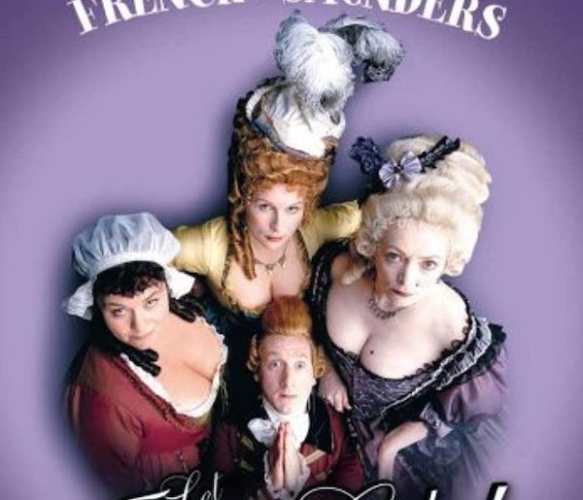 It’s sadly hard to find good pics from this show.

An adaptation of the smutty 18th-century novel about a good girl who ends up a prostitute. Steadman plays Mrs. Brown, the madame who gets Fanny going in her first brothel. 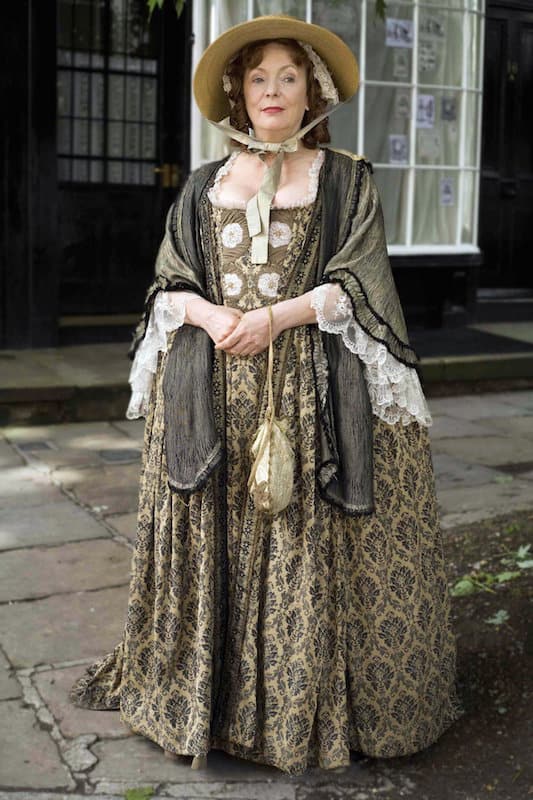 Dressed semi-respectably for out and about. 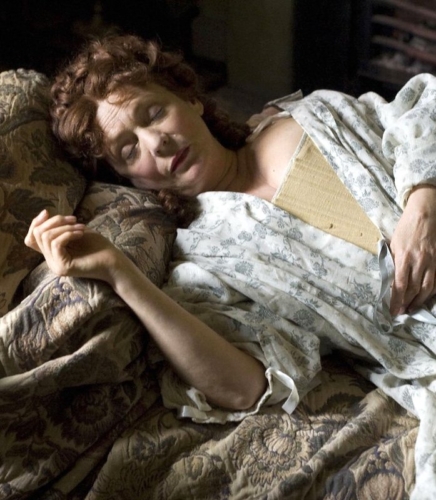 Steadman was in one episode of the 1950s-set Agatha Christie series. 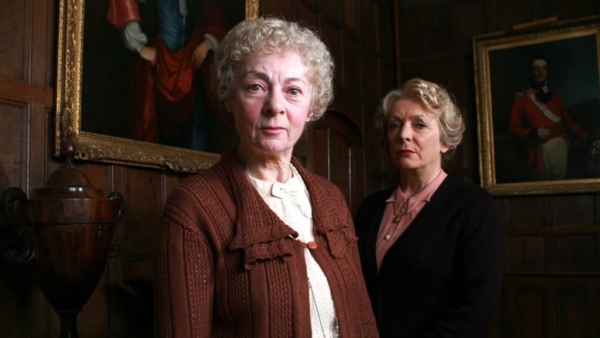 A docu-drama about World War I. Steadman plays “Hallie Miles,” and I can’t tell if that’s a real person or not? 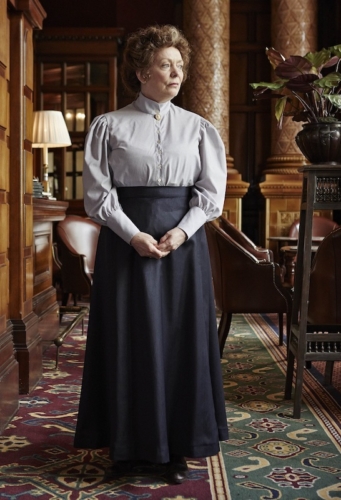 Definitely dressed on the conservative side | © ITV / Photographer: Matt Frost

A comedy movie about the older men who signed up to defend the home front during World War II. Steadman plays Mrs. Fox, “a Walmington-on-Sea housewife.” 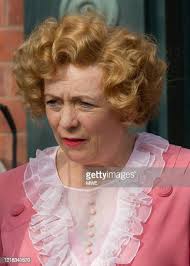 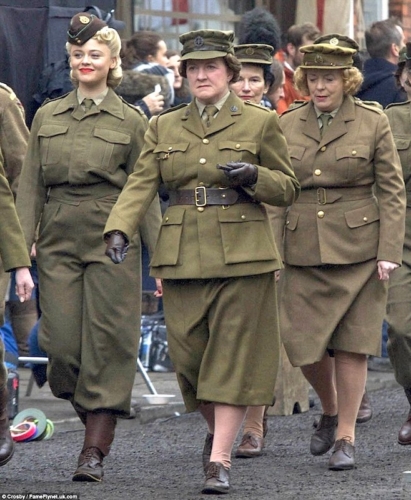 In uniform on the right. 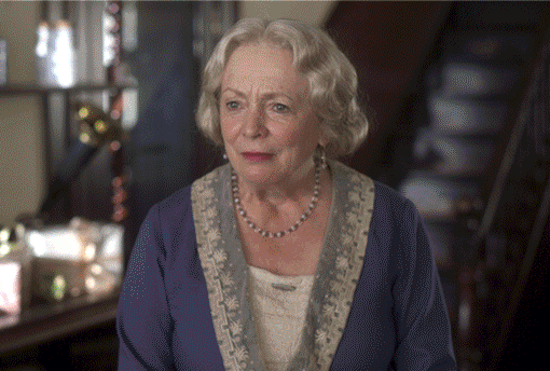 An Edwardian-set action/spy/thriller movie. Steadman has a brief role as one of the various servants who are doubling as spies. 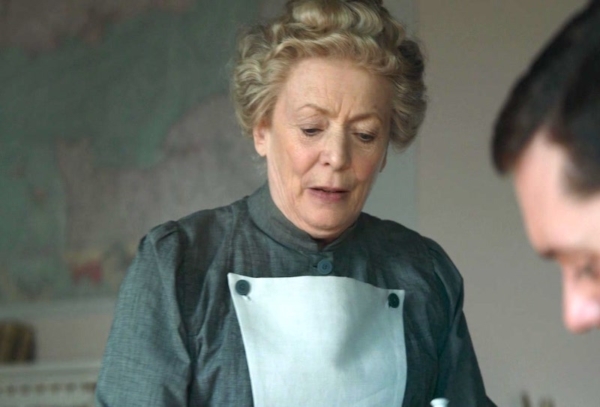