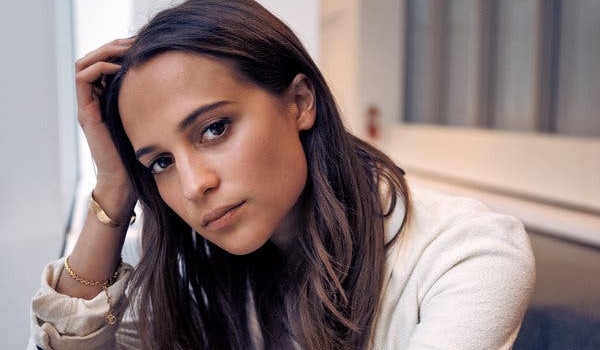 For a while there it was looking like Swedish actress Alicia Vikander was vying with Lily James to be the next historical costume movie darling. She’s been diversifying in recent years, but her numerous appearances in frock flicks are nonetheless impressive! Let’s run them down:

“In 1816, the 35-year-old Baroness, Jacquette Du Rietz dies. Count Gustaf Piper’s grief is huge, and in his despair he lets embalm his beloved Jacquette,” per IMDB. She looks like every little girl at Dickens Fair!

Vikander plays Caroline Matilda of Great Britain, who married Danish King Christian VII in the 1760s and had an affair. Nice costumes, even if many are rewears. Note: Do not marry this man! As Kitty, the young girl who is initially in love with Vronsky (Anna’s soon-to-be lover) but eventually marries the older Levin, in this adaptation of the Tolstoy novel. Okay this is pretty and ballerina-y. I like the sleeve shape, but I’m confused about the era?

An adaptation of a World War I memoir by war nurse Vera Brittain. I’m really not a fan of that dress. The waist goes too low, and I guess they’re trying to make her look like a Barbie doll, in which case, congratulations?

This, however, is lovely — gorgeous knit! I’m not sure about these shapes. The cardigan looks like it’s from Talbot’s?

As real-life artist Gerda Wegener, wife of Einar Wegener, who over the course of the film realizes he is transgender. Vikander’s character is there to be the conventionally gendered option. LOVE so much about this. | THE CANADIAN PRESS/AP-HO-Daniel Smith/Warner Bros. Pictures Based on a novel, the film is set in the 1910s and 1920s. Vikander plays one half of a couple who adopts a baby girl found in the sea. Another novel adaptation, a 17th-century painter falls in love with a married woman (Vikander). So great to see a film really embrace a weird-to-modern-eyes era! And you can’t go wrong with oodles of satin!

Okay, so technically it’s a fantasy film, but I wanted to fill things out! This is a fantasy take on the medieval Arthurian poem Sir Gawain and the Green Knight. Vikander will play “Lady / Esel.”