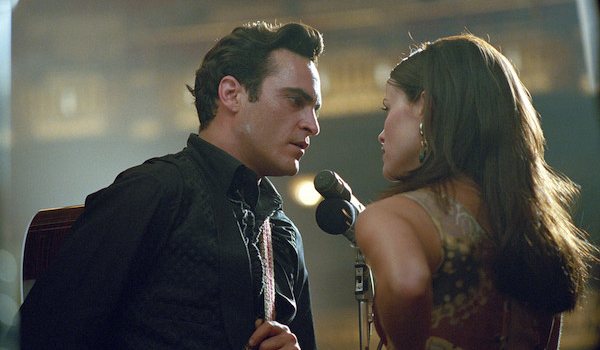 An entertaining look at the life of Johnny Cash, with great acting by Joaquin Phoenix as Cash and Reese Witherspoon as June Carter. The down side is that the film focuses much more on Cash’s drug addiction and relationship with June than it does on him, and you come away with the impression that he was a bit feeble minded (he wasn’t) and that his success was all about her (it wasn’t). Both lead sang their own songs. Witherspoon sounded great, too great for the sometimes off-key Carter — Phoenix sounded okay when he had lots of reverb and a backing band, but he’s no Cash and he sounded LAUGHABLE in his big audition scene.  The costumes were great, spanning the 1950s and 1960s, with lots of circle skirts and bouffant hairdos.