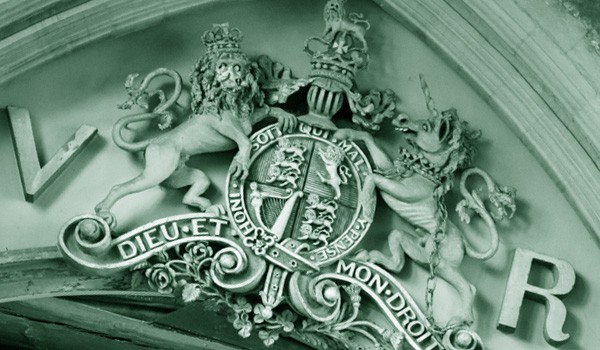 I really wasn’t paying attention to season three of Victoria (2019), but turning on PBS Masterpiece at 9pm Sunday night is a really hard habit to break. I’ve only been doing it for 40-some-odd years now! So if there’s a costume drama on, I’ll watch or at least have it on in the background whilst I noodle around online or wash dishes or fret about going to work the next day, etc. And I always have my DVR set to record Masterpiece, it’s something I automatically do, I can’t help myself.

Thus, while I haven’t kept up with the series, I know the main characters, plot, setting, and period because DUH, and didn’t mind a little historical eye candy last winter. I was pleasantly surprised to see one costume in particular show up on screen — in episode 5, “A Show of Unity” (which just aired in the UK), the Queen decides to visit Ireland, a controversial choice, given the famines and Britain’s awful treatment of this subject state since, well, forever. Being a fluffy costume drama, the politics of the period are merely hinted at and mostly glossed over, of course.

But what is shown clearly and most relevantly for us is how Queen Victoria used fashion as a political statement. A year or so back, the Frock Flicks crew attended a conference where Lucy Worsley, Chief Curator at Historic Royal Palaces, spoke about Queen Victoria’s wardrobe. She described how Victoria wore specific outfits for state occasions to impress and communicate with people — what is sometimes called ‘sartorial diplomacy’ and is often practiced today by political wives. One of Queen Victoria’s most noted episodes of sartorial or fashion diplomacy was when she first visited Ireland in 1849 and wore outfits decorated with shamrocks, the traditional symbol of Ireland.

Kendra was able to track down a few such references to Victoria’s first visit to Ireland. A description from The Times on August 11, 1849, says of Queen Victoria holding a drawing room event in Dublin: “Her Majesty was attired in a superb pink poplin dress, elaborately figured with gold shamrocks.” For an afternoon levee several days later, The Albion, A Journal of News, Politics, and Literature, September 1, 1848, says of the Queen’s ensemble: “She wore a robe of exquisitely shaded Irish poplin, or emerald green, richly wrought with shamrocks in gold embroidery.”

The TV show Victoria doesn’t seem to be recreating a specific historical outfit, but costume designer Rosalind Ebbutt did do some research and knew about the queen’s efforts at sartorial diplomacy. She did a nice job incorporating an Irish theme into the outfit Jenna Coleman wears as Victoria during a scene of ceremonial peace-making. 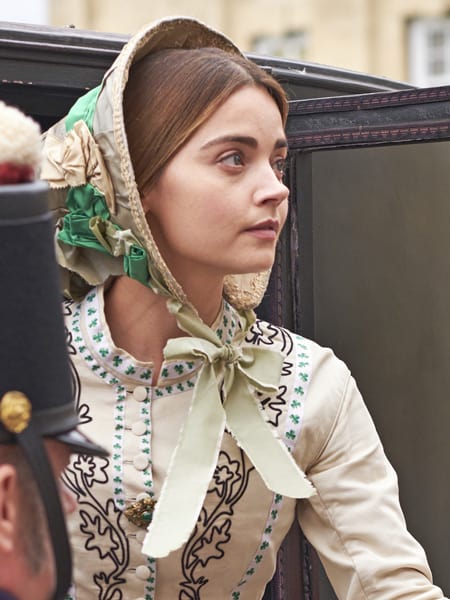 In close-up, you can tell the shamrock detail is an applied ribbon or tape — which is a pretty good time & budget-saving trick for a TV series. 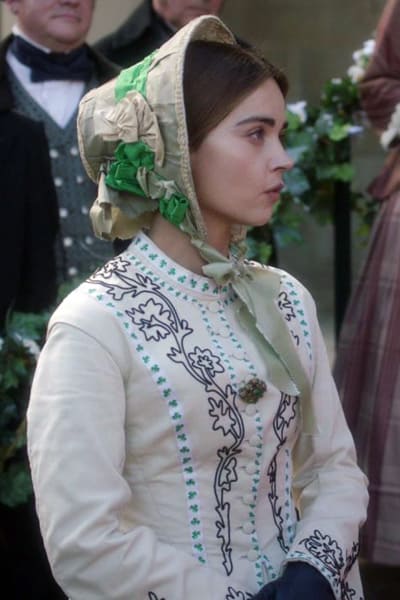 The leaf motif does seem to be embroidered or couched though. 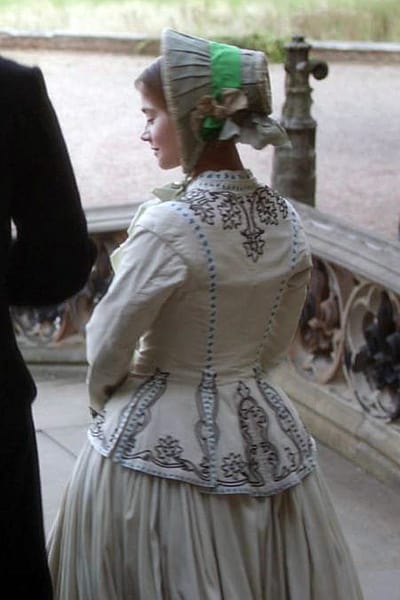 The trim (both embroidery & ribbon) extends all over the back of the jacket & at the hem of the gown. 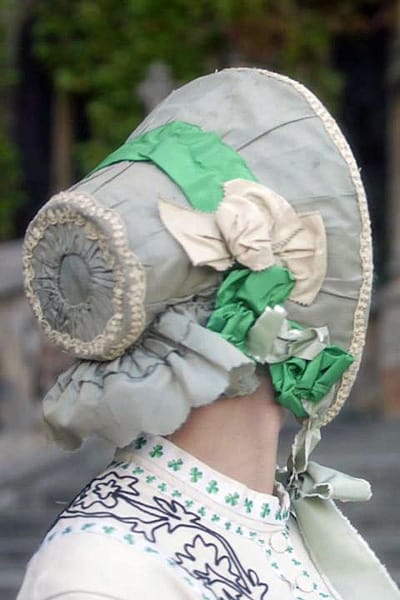 I’m not a bonnet fan, but this one is well-made & nicely trimmed. The green touches are nod to the Irish theme. 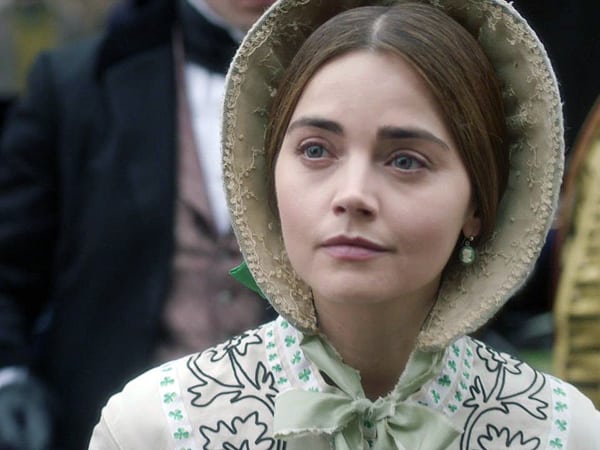 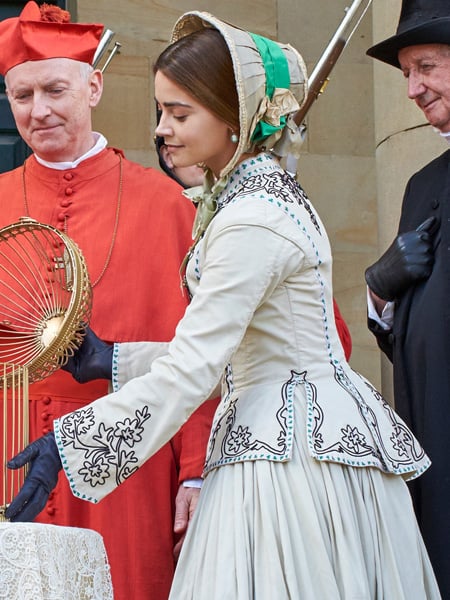 As much as I dislike the fashions of this era, I do love this jacket shape! Very feminine & charming. 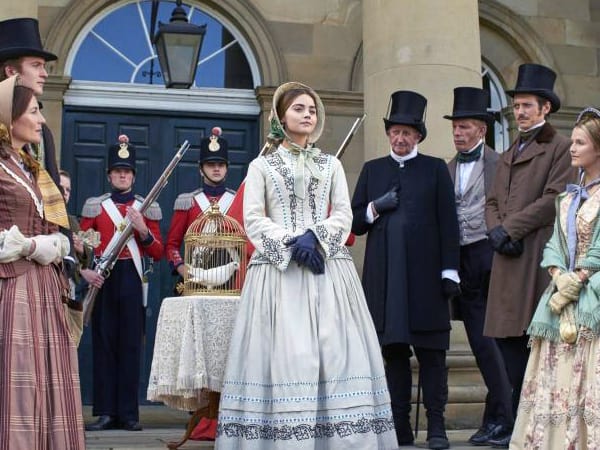 Are you still watching Victoria? Did you notice these details?